Santa Fe's usually great weather left on Monday.    I've told you before - we're jinxed with rainy weather wherever we go.    We're thinking of renting ourselves out to drought stricken areas, we could make millions!

Monday, under threatening skies, we took the high road up to Taos.   We enjoyed the ride and the beautiful fall colors, especially the blindingly yellow Cottonwoods. 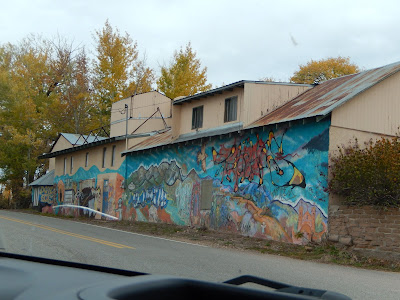 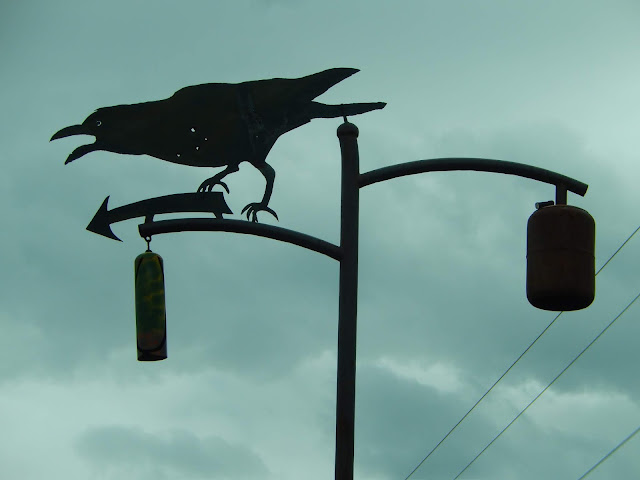 I'm enamored of the intensely personalized local cemeteries we pass by.   Great care is taken to tell something about the deceased, their age, their interests, even where or when they died....they are decorated for every season and occasion. 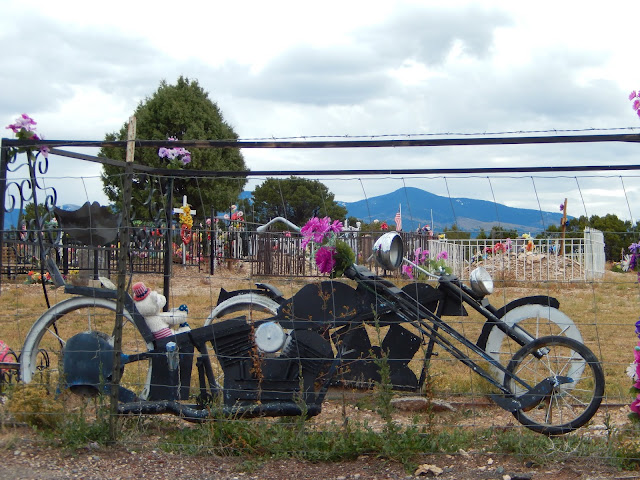 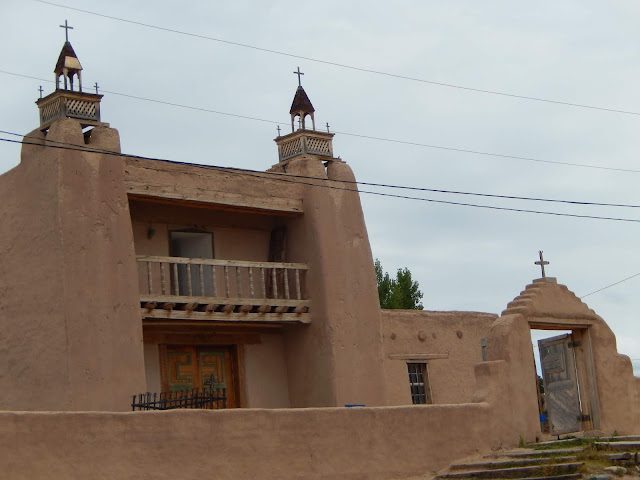 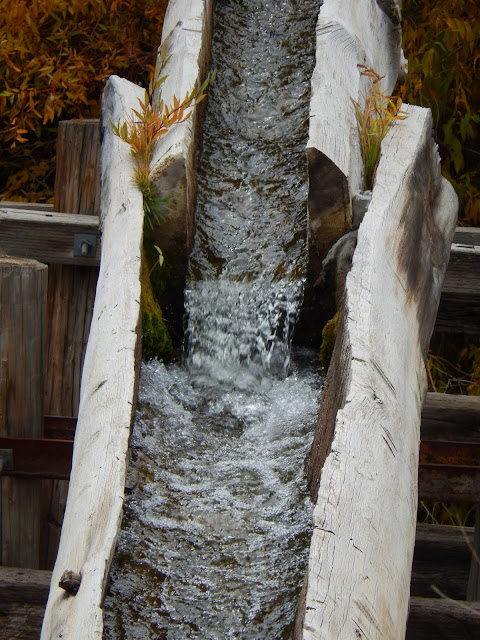 We had lunch in Taos and drove around a bit.   The "plan" was to park somewhere and stroll the streets but the skies has opened by then so we trashed that idea. 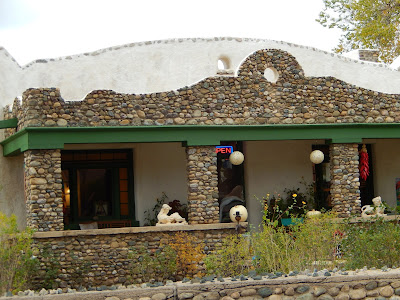 We've been to Taos a few times and even stayed in a campground there when Lewis was just 3 years old so I wasn't inclined to race around taking pictures of the same things.     If you want to see what we saw and did then, you can search the blog.

We decided to drive Hwy. 64 through high, flat table lands and over the Rio Grande Gorge Bridge,  spanning a 1300 foot crack in the ground with the green river racing along 650 feet below.  The last time we drove over the bridge there was construction on it and we were stopped smack in the middle!   You know how I feel about heights and I can deal with them much better when we're moving through.    This time all went well and we stopped for a few pictures on the other side before heading on to check out (again) the Earthship community a few miles down the road.


I certainly didn't get close enough to look down into the chasm, Dave did but he didn't have the camera.

I wanted take the low road back to Santa Fe, the regular way along the river but instead of going back through Taos, I found a different way to access the river.   Upon looking at Google Maps I discovered what appeared to be a paved road (rt. 115) that turned left, just past the bridge and would take us along the rim and then down into the canyon and across the Rio Grande to connect with Hwy. 68 and home.     We missed it at first, a tiny road, then turned around, found it and started out.   We passed a number of other Earthships scattered around the area as the road headed toward the rim.    I figured I could handle the steep descent because we would be on the inside of the switchbacks and was tentatively game to try......until the pavement ended.   The road ahead became wet and rocky dirt as the Jeep began to nose down the escarpment.   YIKES!   Turn around, turn around Dave, please turn around!     I instantly lost my nerve and Dave patiently, without any questions or harrumphs,  turned the Jeep around and we took the long way back through Taos.    I'm so very lucky to have him. 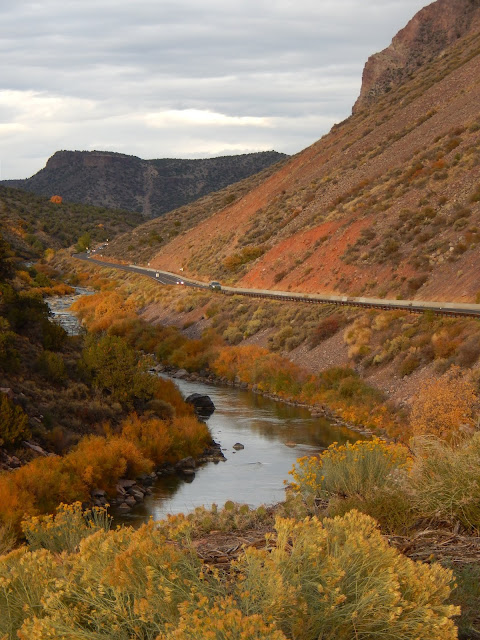 The drive home was beautiful.  It was still cloudy but every so often the setting sun would be able to peek through, lighting the river and mountain sides. 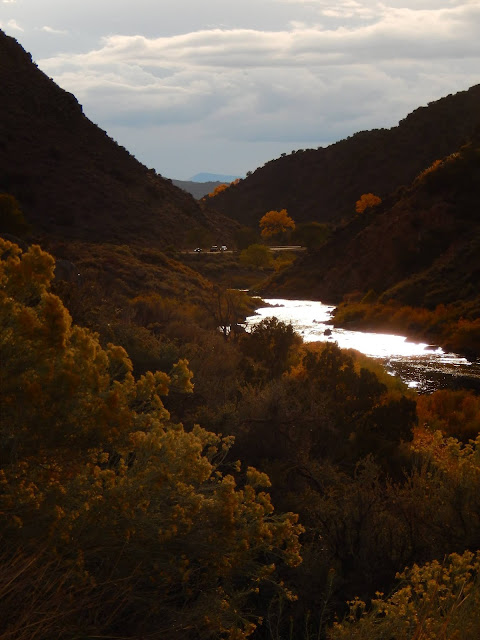 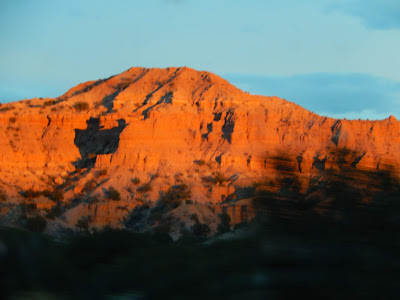 The skies were turbulent through the rain, revealing a brilliant double rainbow.  We weren't able to stop for a proper photo, there was quite a bit of traffic and it was, after all, pouring. 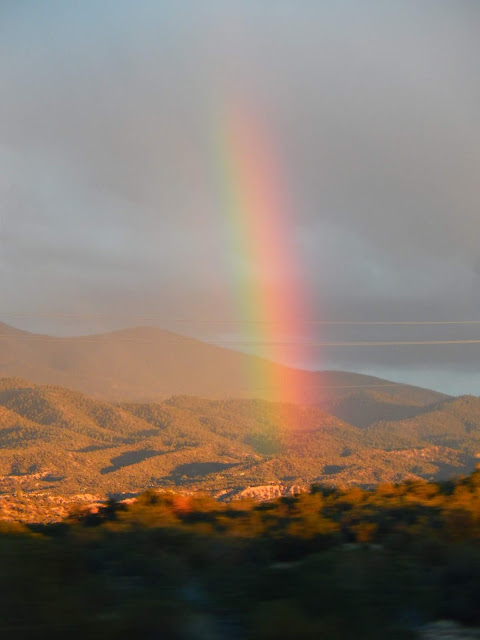 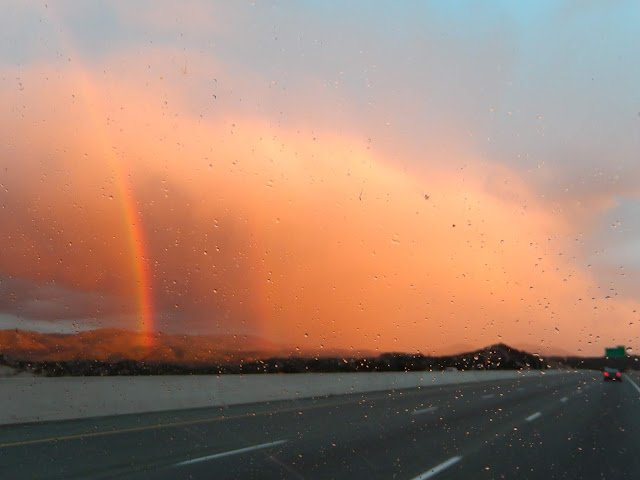 Yesterday the heavy rains came in earnest and we busied ourselves indoors.   We went out to lunch at the Fina Cafe, a bit south of town on Old Las Vegas Highway.   This is a wonderful little cafe that Jesse told us about and we couldn't agree more.  Way worth the short drive for their modern spin on comfort food in a simply remodeled Fina gas station.    Don't even ask about the baked goods case as you walk in!


Lewis stayed home and amused himself with his toy box.    He has been a bit lame lately so we've taken his ball away for the time being.   He plays so very hard with it that he pays no attention to his sore leg and then pays for it later.  Please don't tell him we took it, he thinks it's just lost under the couch or something. 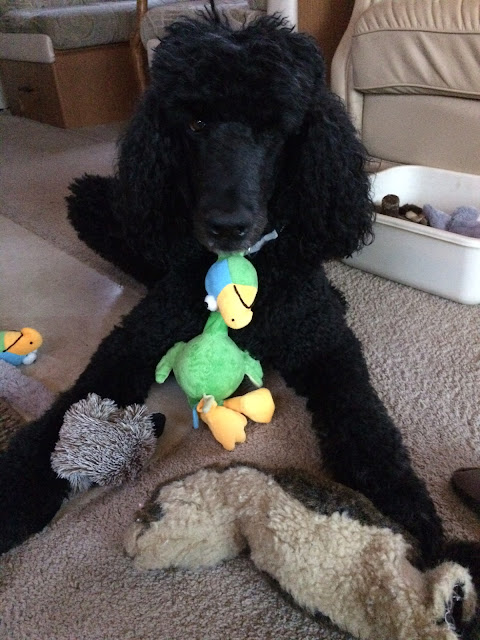 It rained all night and most of today.   Dave takes Lew up the hill to "get busy" and they race right back.


What were we to do but go out to lunch again?  Harry's Roadhouse was calling.
Eating a good meal in a cozy restaurant while the rain streams down the windows has a certain appeal.