a couple more pictures and a slight change in plans 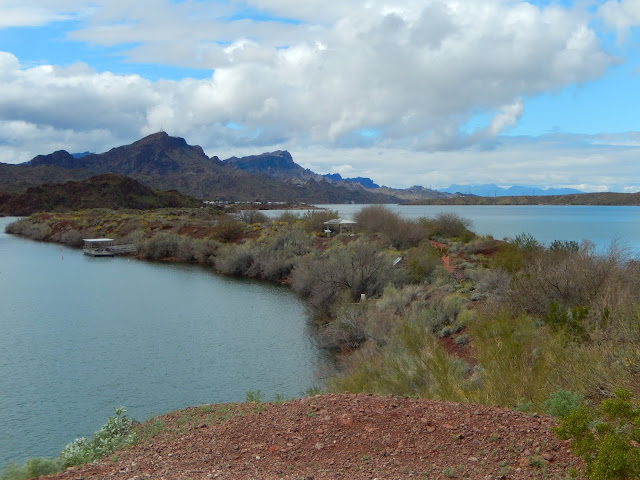 Shortly after the rain let up on Tuesday afternoon we drove along the Colorado north to the Bill Williams River National Wildlife Refuge.   Its tantalizing spit of land near the mouth of the Bill Williams River has always interested me as we passed by on our way somewhere else.    We took a lovely mile or so walk along a partly paved nature trail to the end of the peninsula.


We saw lots of small birds and many ducks as we strolled along.


Dave's big sighting for the day was a Ruby Crowned Kinglet flitting around in a nearby mesquite tree.    No pictures, we were just happy to see and identify it and didn't manage to get the camera focused fast enough.

On our way home we made a quick turn off AZ95 on to Planet Ranch Road.   I had noticed it on our way down and thought it looked like it was headed up into the mountains, and didn't look too muddy after all the rains.    It followed the Bill Williams River course east. 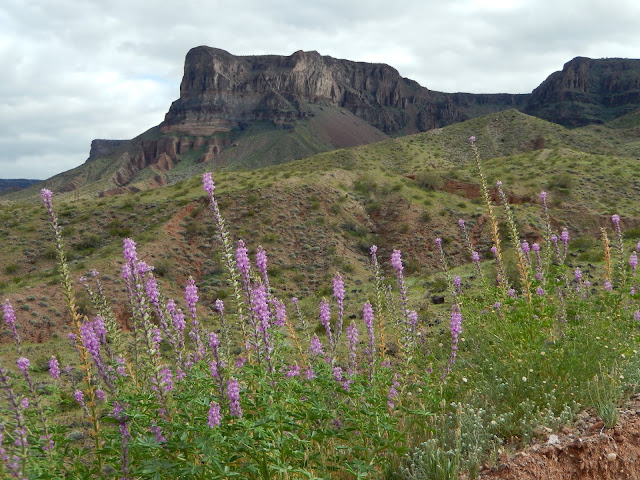 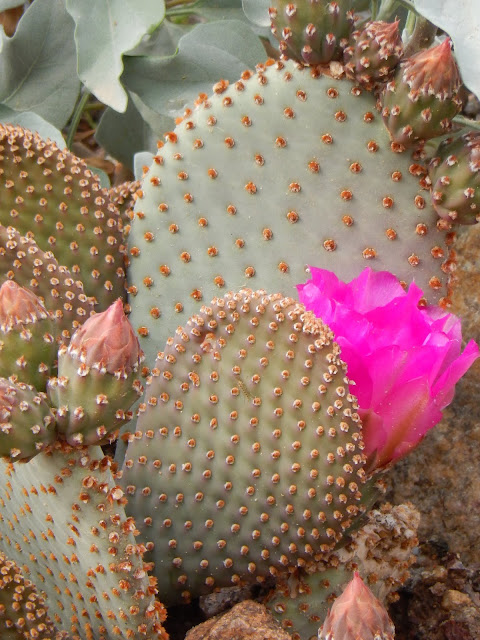 Beautiful drive, no one else around but the road became quite wet and muddy as we went along.    We turned around after a few miles as the road began to rise into the mountains.   No sense pushing our luck and getting stuck.    It's earmarked for a return trip next time.

Yesterday morning we left Parker and drove to Bullhead City.   We've never stopped in that area and had  a few places we wanted to see.   We pulled into the Mirage RV Resort on the edge of town and I went into check in.   Hmmmm.
The woman at the desk said that the folks in our site hadn't left yet....she didn't think.   Could we please drive back and check for her?    So, we did.   The fifth wheel in site 124 didn't look like it was even thinking about packing up it's things for a move....and no one was around.   I reported back to the office woman and she didn't know what to tell me.    I had called the day before to make sure the site would be open for our arrival (at her request) and she told me then "no problemo".....   She had no suggestions for me.   Beluga sat in front of the office in the tight but very nice park.    She looked at me, I looked at her.   Hmmm.

In the end we left Mirage with not so much as a "sorry" and moved on to our next destination, Boulder City, NV, where we are now.

Lewis didn't mind this change of plans one little bit because he knows "people" there....people he's crazy about.


When he has a chance to visit, they provide him a yard to run free in, a pool, shade, a special distilled water drinking fountain, all the treats he could want and plenty of hands on attention.   What more could a guy want?

Today Pam, John, Dave and I took a drive up into the desert above Lake Mead and it's bridge and dam. 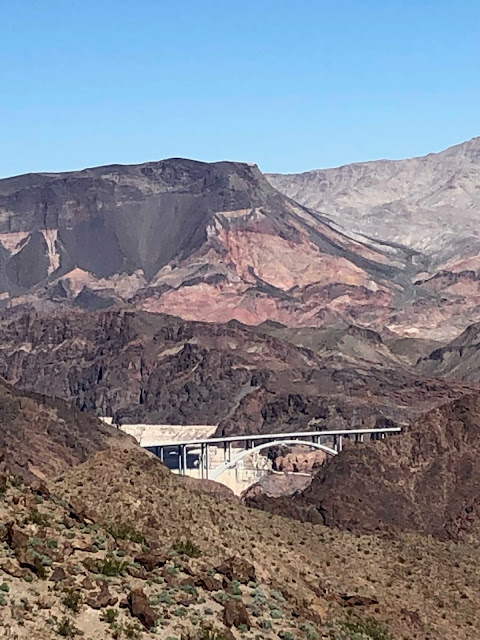