We took the back way down (and by down I mean up over the top of several high hills - mountains, ridges, whatever - and down again a few times until we finally got to the river level) near Willow Cove.    I only got out and walked once on the drive.    The gravel, dirt road was washed out badly (my estimation) in one spot and it made me too nervous to think about staying in the Jeep as Dave directed and John negotiated around and over the deep crevice.    They did a fantastic job and I got back in at the bottom, after it was all over.    Call me a wimp.

The road took us past so many pretty wildflowers.   This desert is a bit behind some other areas and we really enjoyed seeing them come along.   John was very patient and stopped numerous times so Pam and I could leap out to inspect and photograph the colorful blossoms. 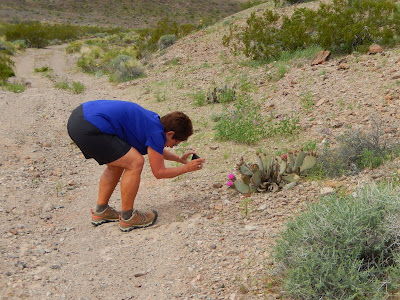 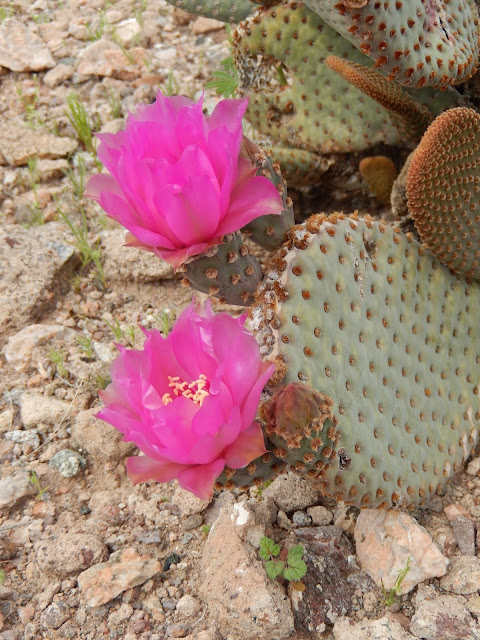 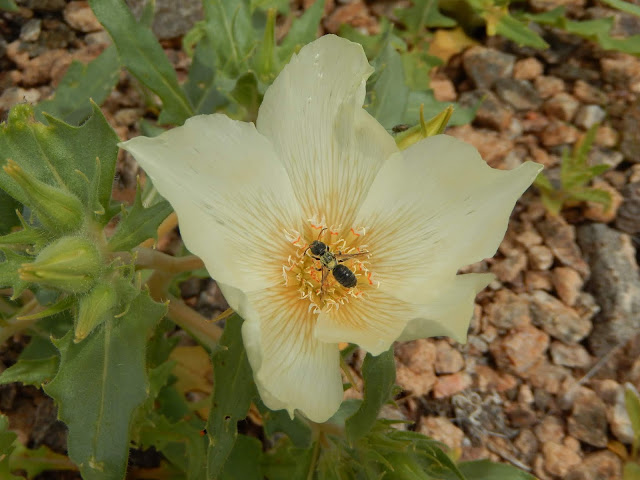 We noticed numerous mounds of bright orange spaghetti looking vegetation so we stopped to investigate.


We expected it to be dry and brittle, perhaps last year's foliage, but were surprised to find that it felt more like strands of rubber or cooked spaghetti. 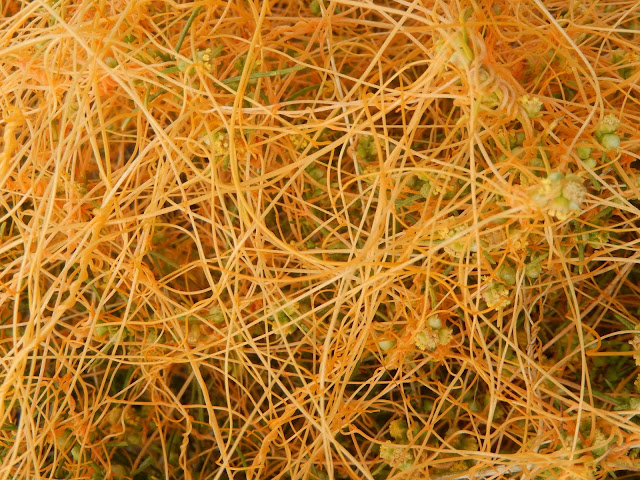 Most interesting!    I did a bit of research once we got back home and discovered that these orange, rubbery strings were a parasitic plant called Dodder and that it   completely envelops its hosts.


As we looked around the area we could see the strings creeping up other plants.  I wonder if it will be like the south's Kudzu.    I'll have to do more reading.
Luckily the Dodder didn't seem to be very wide spread, I'd hate to see it take over more of the sweet spring flowers. 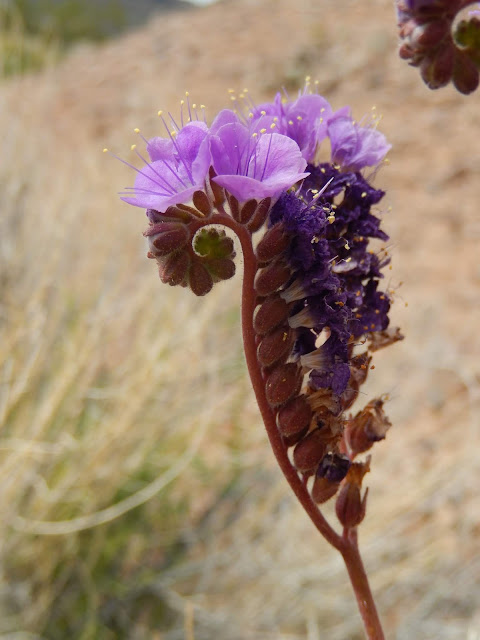 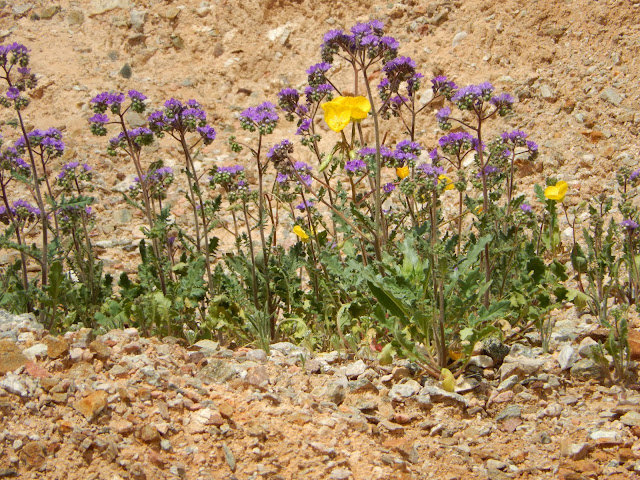 After we enjoyed the views at Willow Cove we headed to our next stop at Temple Bar Marina. 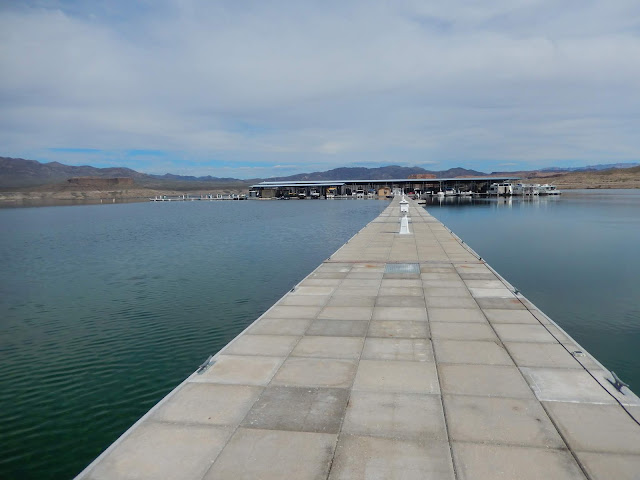 We walked out to the end of the main dock to get a better view of the namesake formation....


The area was pretty quiet this time of year but I imagine the docks and resort will be full in the summer.     We stopped to chat with a employee about the water levels, etc., and a number of huge carp rose to the surface near him and began to beg......he (John, I think) ducked into an employee only shack on the dock and came out with bread.   The fish went berserk, churning the water with their fat bodies and opening their ugly mouths as wide as they could to get the pieces he threw to them.    Brutus The Huge and Ugly got more than his share.   I had the feeling that John was their best friend and major source of entertainment at this slow time of year.     I tried to photograph them but they were moving too fast.

We had lunch at a picnic table above the marina and then called it a day.

Have you seen enough flower and water pictures?  Good timing, I have no more...