Today is our last day in Boulder City.    We've had a great time exploring and visiting with dear friends.    Tomorrow we move on to Mesquite, Nevada (on the Utah border) for a few days to check out the Gold Butte National Monument area  before our stay in Kanab, Utah.


We spent today running a few errands, doing laundry and getting Beluga ready to move again.   She gets stiff when she sits around too long.   Dinner tonight was from my favorite Boulder City restaurant.... 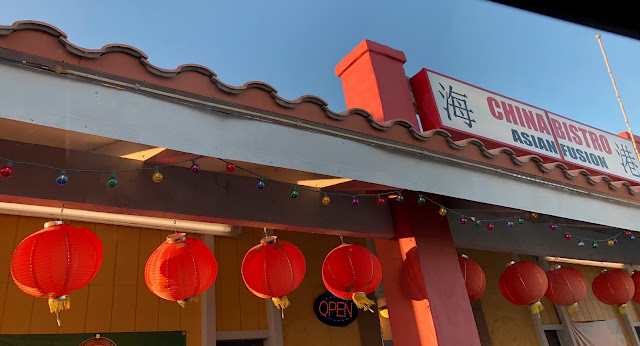 Yesterday we drove south on Rt. 95 past Searchlight and into the edge of California before turning off onto a long straight sand road.   Our destination was the ruins of Fort Piute.


The first half of the road was easy driving.   Recently graded and relatively smooth.   Cable Road (I think that was it's name) had many blooming Yucca in the desert both sides and Pam and I were fascinated by them, from barely open blossoms to fully opened panicles.


We finally found one that wasn't too far off the road so John dutifully stopped the Jeep so we could walk out and get a good look at a beautiful specimen. 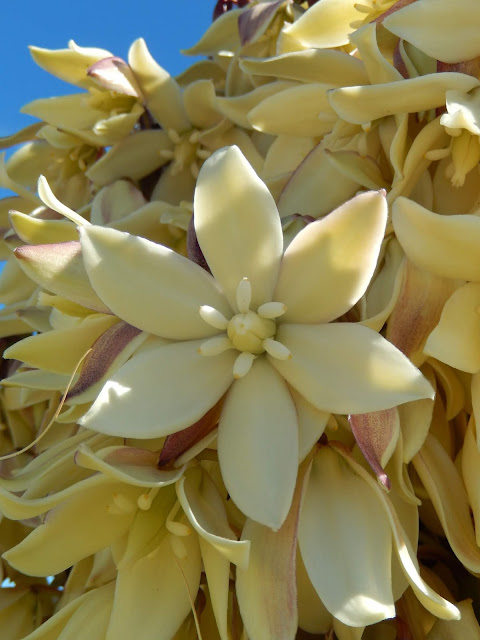 The flower clusters were simply fantastic, not fragrant but stunning.   Each individual flower looked like a waxy orchid. 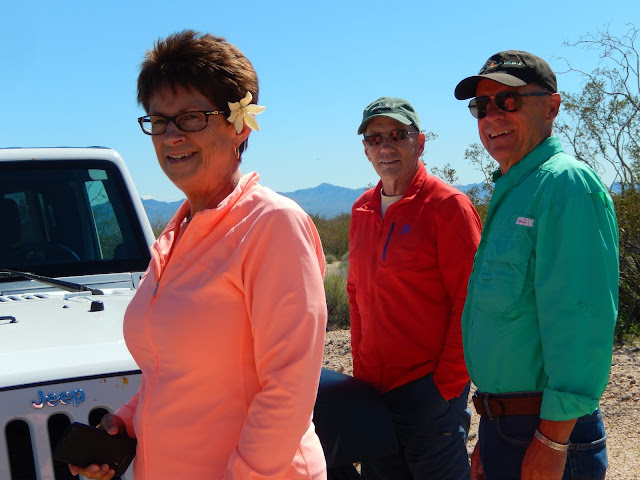 The plant's sword shaped leaves however, weren't so pleasant.  They stabbed me repeatedly as I took the above pictures.

We continued along to Pam's instructions, passing several groups of people (mostly guys) in their Jeeps, dusty pick ups and FJ Toyota Cruisers coming from the other direction.   One of the things I enjoy about Jeeping in the desert is the lack of other people but Friday it seemed everyone had the same idea.   At times it was hard to find a spot to pull off the rocky road.

Fortunately most of the vehicles were coming out of the Fort area so we had the place almost to ourselves, as we like it.


There wasn't much left of the small Fort, nature has been reclaiming it for many years, but the surrounding area was beautiful. 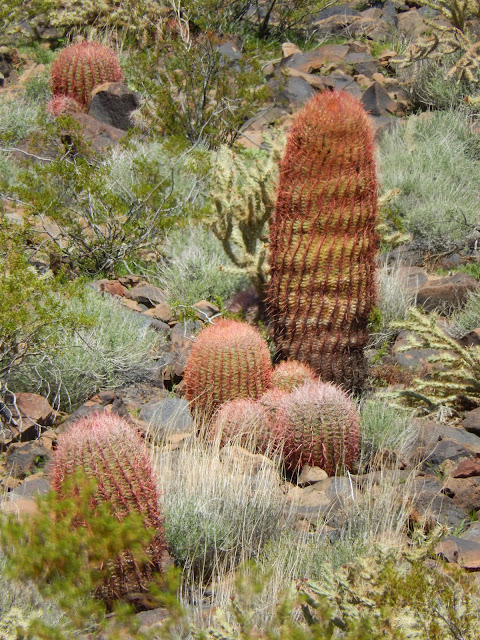 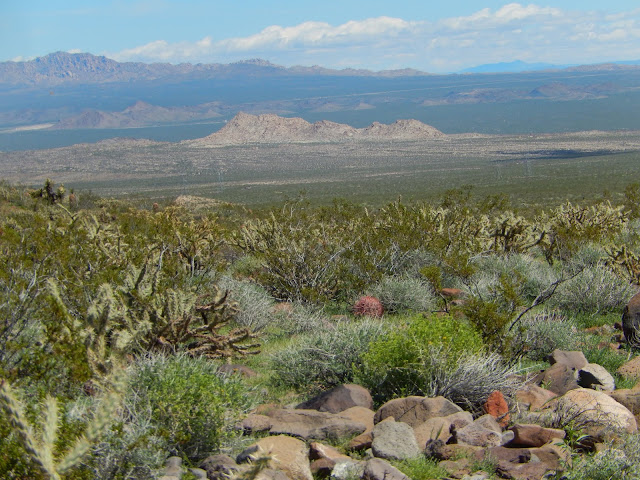 The ruins are situated along the perennially flowing Piute Creek.   We walked along it's reed and willow choked path and found several interesting petroglyphs nearly hidden on the hillside. 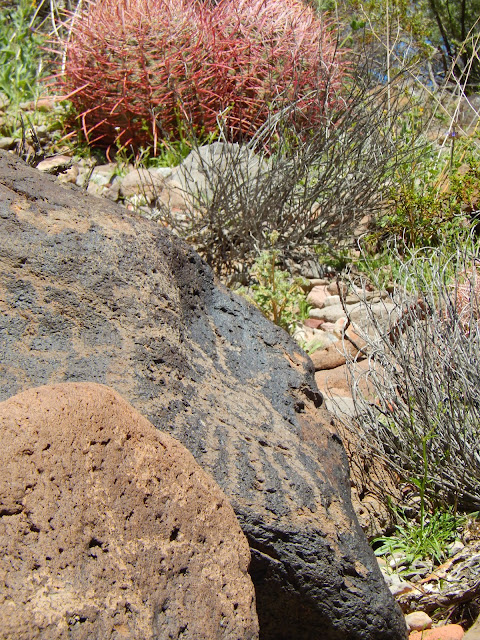 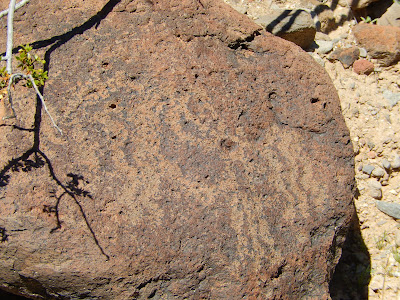 Pam continued to explore the remains of a small homestead further along the road while Dave, John and I decided that it's old dry cistern looked like a good place to sit and eat our lunch.    It's the first time I've had lunch in a cistern!


After we were done exploring the area we took the long rocky road back to Rt. 95 and headed back toward Boulder City.     We had one other stop to make....Christmas Pass Road. 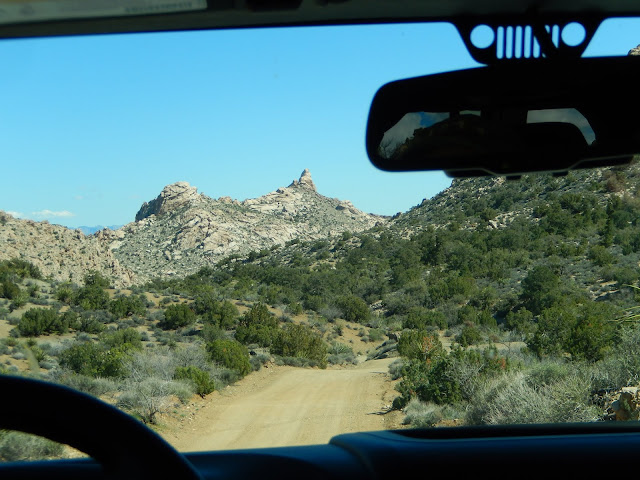 This wide, well graded road through the Newberry Mountains is called Christmas Tree Pass because of the decorations people leave on trees.  Some we saw were decorated not just for Christmas, but for Easter and St. Patrick's Day also!   We understand the BLM people take the adornments down, but it seems a waste of time! 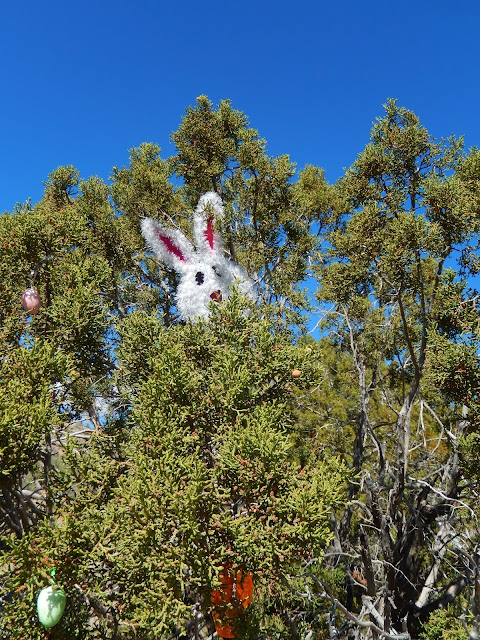 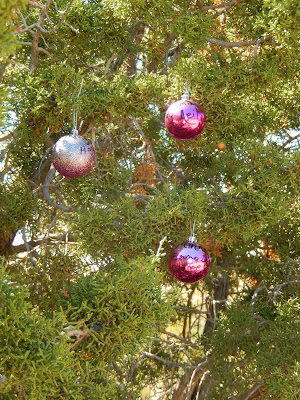 Nature does a pretty good job of adornment as well.   Many of the trees sport large balls of desert mistletoe. 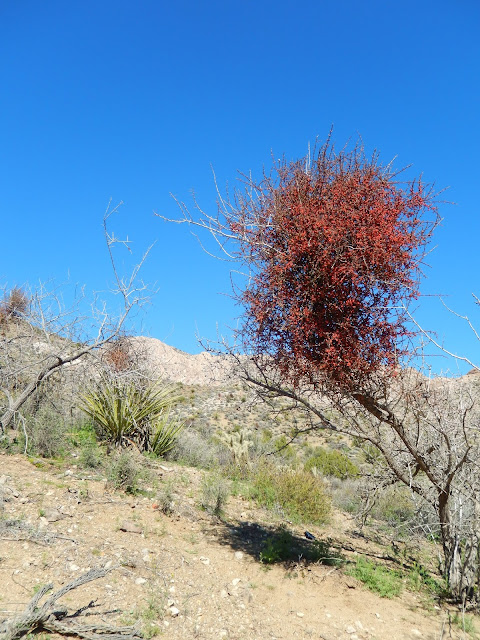 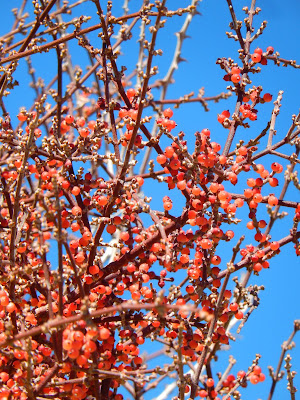 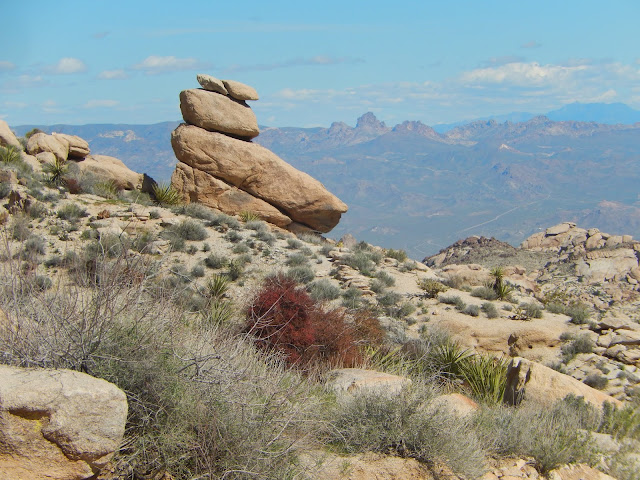 We stopped at Grapevine Canyon to see a large area of Petroglyphs only about a 1/4 from the parking area. 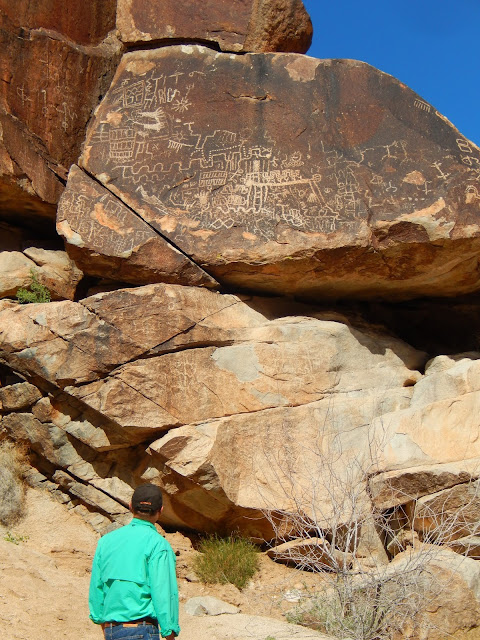 There were so many!   The huge boulders were covered with them, those people were very busy.... 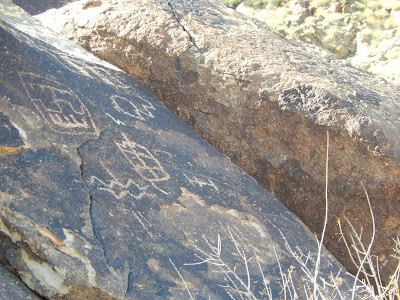 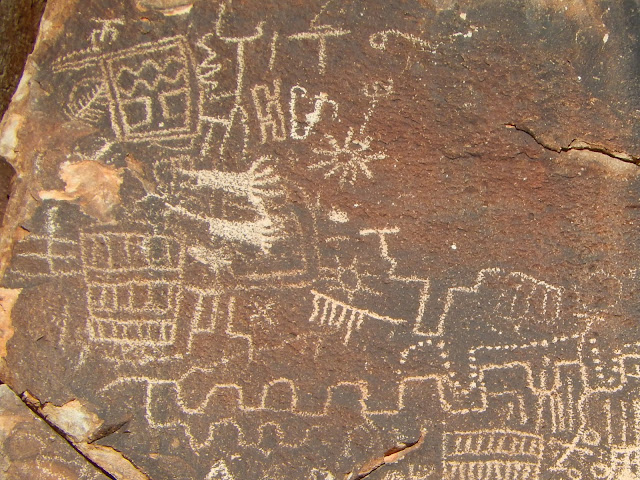 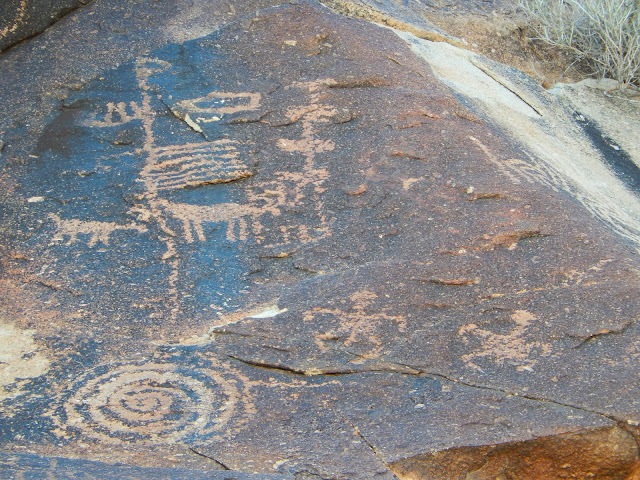 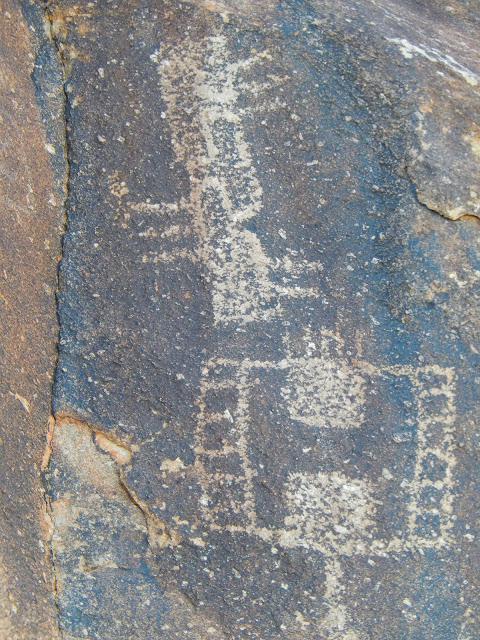 One small rock, high above and away from the others, depicted a beautiful herd of Big Horn sheep.   I would have missed it completely if Pam hadn't pointed me directly at it. 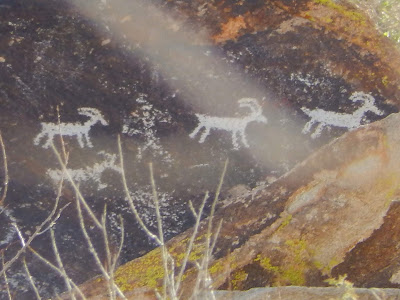 It was a long day, 8 solid hours of exploring and wandering.   Just my kind of day.