Storms.   This trip east is always a bit nerve wracking in the spring.   No matter what route we pick, it will take us through areas that are ripe for nasty Spring weather.....Squall lines sweep through with heavy thunderstorms and/or tornadoes.


Since after lunch the TV has been running red banners across the screen warning of impending doom - Lewis is not a fan.   He had such a nice morning playing "fish" outside the the lush green grass.

We're at a very nice little campground in Danville, Missouri.   We arrived late yesterday afternoon after a long and windy drive from Salina, Kansas.    We decided to stay put for another night to rest and recoup.    The check in woman was very careful about sanitizing and even gave me a freshly cleaned pen to sign the credit card slip.    Our site is large and grassy with a fishing pond behind us and a few other campers well away from us. 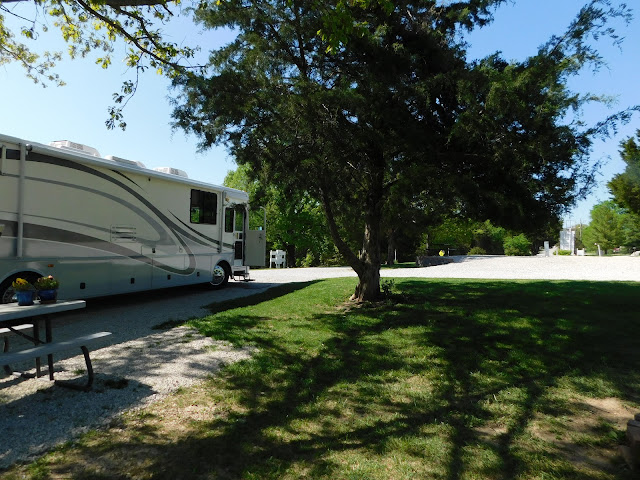 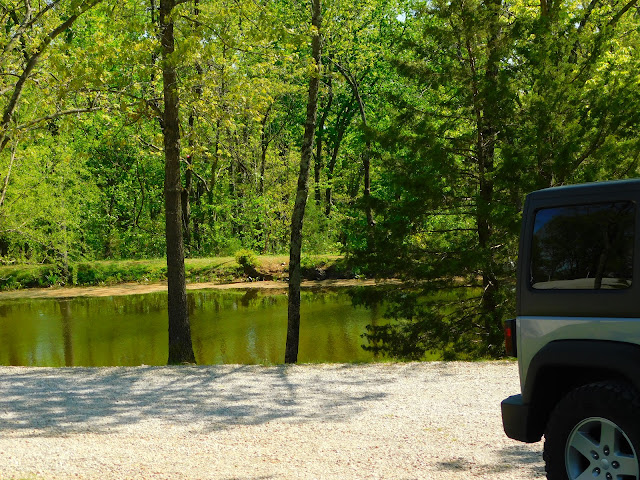 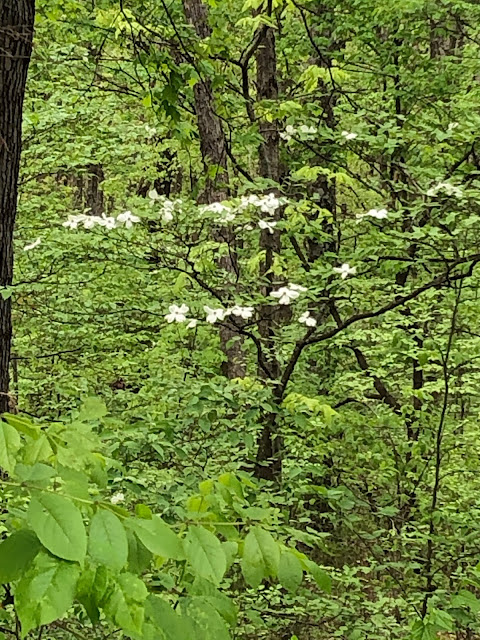 Lewis and I took a walk in the woods before the bad weather closed in.   So pretty and peaceful. 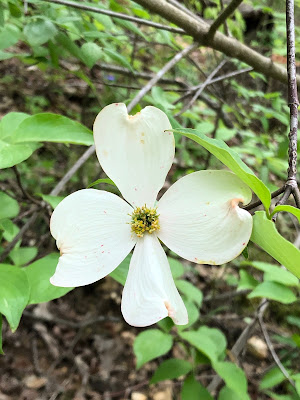 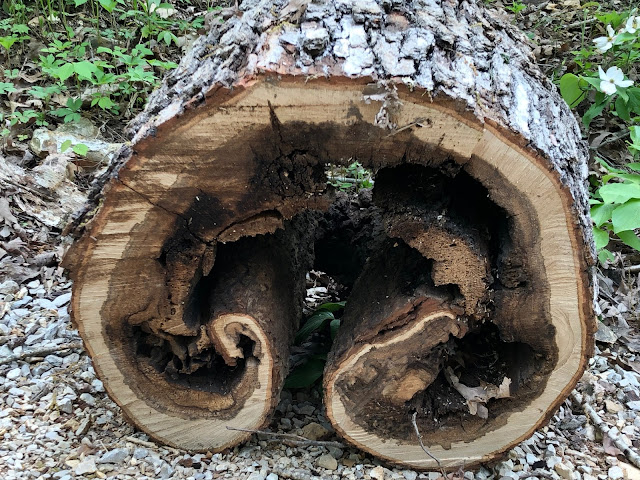 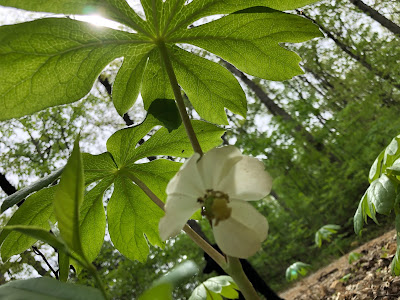 We made two stops in Kansas before arriving here.   I find it (at least the parts I can see from I-70) to be rather pretty- rolling and green and full of little ponds and streams. 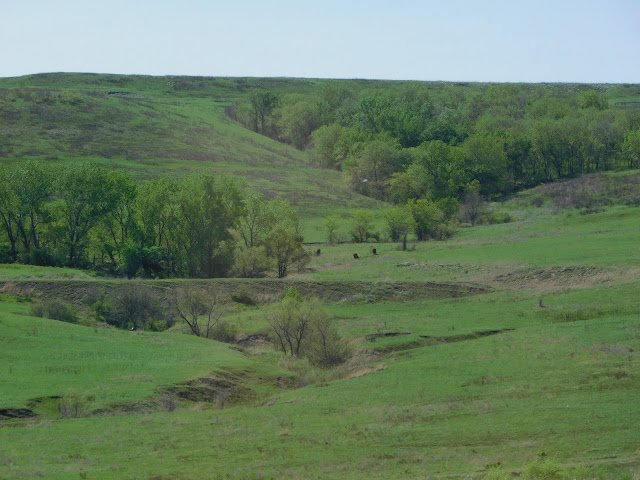 Our first night in this state was in Goodland at a KOA  we use regularly as we pass through on our way home.    It was completely empty - we were the only ones there. 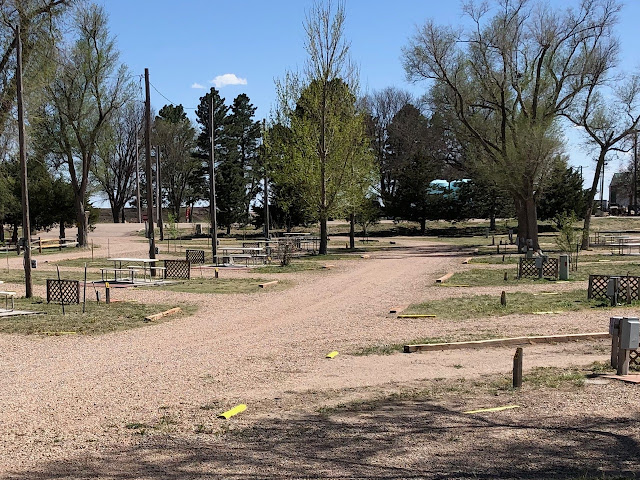 I did have to go into the office (yes, with mask) to check in but the gentleman there wore a mask, gloves and sat behind a glass barrier.     Dave was waiting outside with Beluga's door open and a can of Clorox wipes ready for me to wipe down the paperwork before taking it inside.   Our usual procedure.

We weren't totally alone, however.    Lots of birds, singing and zooming through the trees and working on nest construction or maintanence, kept us company and reminded us that it is really Spring! 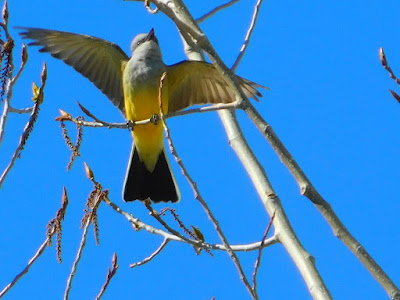 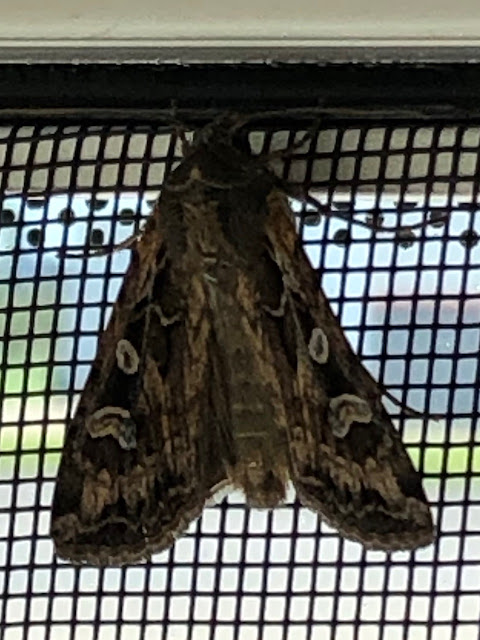 I, personally, captured or killed atleast 15 inside Beluga that evening.    The next morning we found we'd missed plenty.       As Dave opened the door to toss one outside, a Kingbird swooped in and grabbed it right out of the air!

More came aboard at our next Kansas stop in Salina.    When Dave opened outside compartment's doors, moth's flew out - I'm sure birds kept an eye on us as we "fed" them on our move across the state.


We're beginning to run low on a few perishable supplies such as milk, bread, orange juice, bananas.  We'll make do, no grocery runs planned until we get home in a few days.   We have learned one useful lesson about perishability, however.     We found out that you can keep bananas edible for quite a long time if you store them in the refrigerator once they reach your desired level of ripeness.     Once there, they turn black, they look perfectly awful, too awful even for use in banana bread, but the insides stay perfect!   Who knew?

So, that's where we've been and where we are today.   Tomorrow we pack up and head out for points east, leaving a trail of Kansas moths in our wake..... 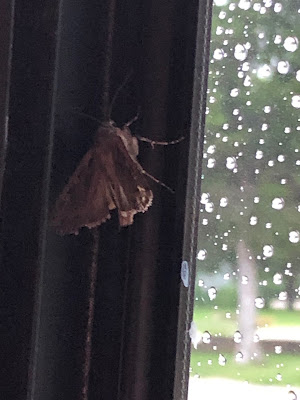