I'm hoping the internet connection will be better in the morning.   Although I hate to "burn daylight" sitting at the computer, I hate the frustration of not being able to make the laptop do what I want it to!

Here are a few pictures from the last few days.... 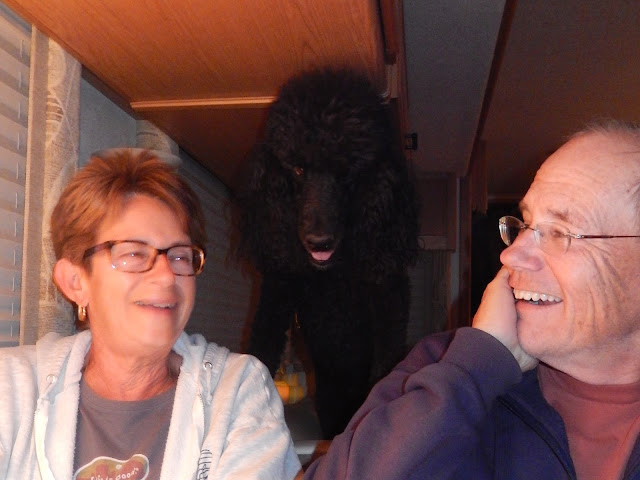 John and Pam came over to share the rhubarb pie (one of John's favorites).   They brought Ice Cream!      Lewis just can't leave Pam along (and he's crazy about John too!)   He tried very hard to keep his butt on the couch behind us while we ate our pie but.....every once in a while he'd loom up over them and steal a quick face lick, just to let them know he was still waiting for his pets.

The next day John drove us to the old Paria (think Maria) Townsite and movie set.    It was off route 89 on a long dirt track.    A few cars came out of the beginning of the road while we were reading the signs and they all looked dusty, but otherwise fine so we weren't worried about navigating our way to  the end.
One little subcompact car, something like a chevy Sonic, appeared from the entrance to the dirt section and parked in the lot near us.   We all laughed because it was pretty beat up and the entire front bumper was off.   Hmmmm, we stopped laughing because we noticed that that bumper was in the little car's back seat and the driver was getting out to survey the "damage"....Uh oh, maybe the road wasn't a piece of cake after all! 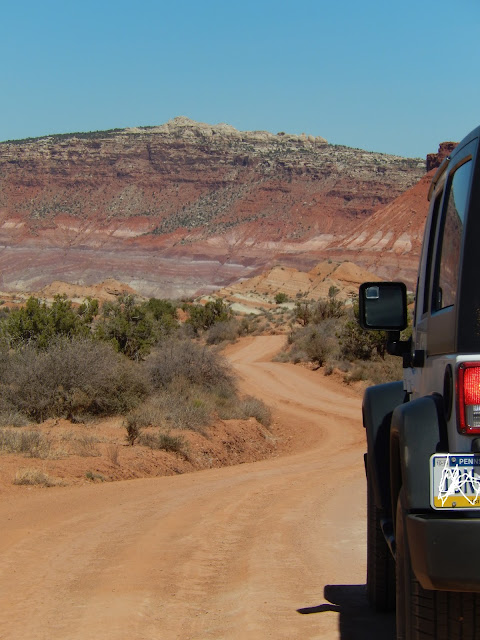 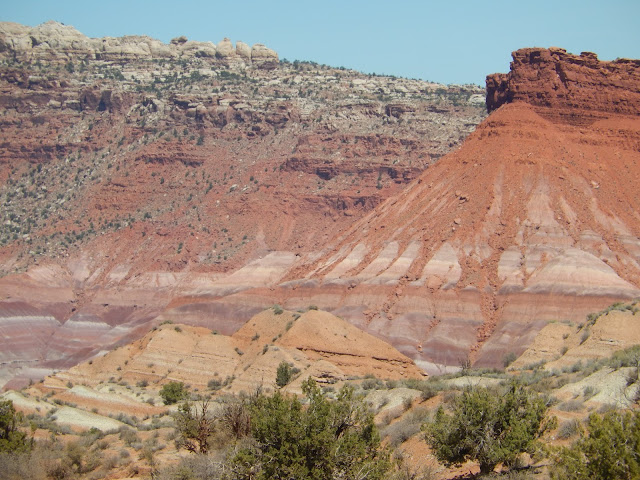 It was a fine road, I have other pictures but, of course, they won't load.   Take my word for it.   The little car must have taken one of the sharp "dips" a little too fast and instead of going over it, they must have stabbed into it - a very bad thing! 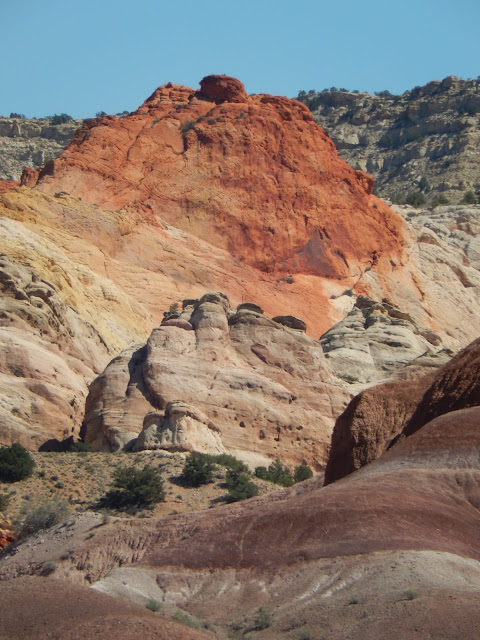 That's all for now.....the next picture will not load and I'm getting an "error" notice so the story continues when I'm able!