The weekend weather here in the desert has been unusual.   Yes, its been nice and warm, but we've had more cloud cover than I remember having during these winter days.   I'm not complaining, just commenting really.    Grey days seem to sap our energy.   We've not done much of anything this weekend except having a nice long lunch with Dave's cousin, Kathi and her husband Jeff.    And spending most of Sunday watching the NASCAR race and, sob, the last episode of Downton Abbey.

Today it was time to get out and go somewhere so we packed a lunch and headed up route 87 to Payson.   Why Payson?   Why not...we have never been through that area and we had an old cowgirl acquaintance who loved it there so that was reason enough for us. 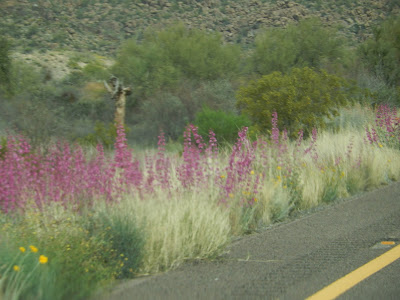 We enjoyed the drive through wild flower filled valleys and up, around and down mountain sides.


On the beginning of the drive we saw forests of Saguaro's marching along the roadside and up the mountain grades.    As we got higher in elevation mesquite and pinon pine replace the cactus giants. 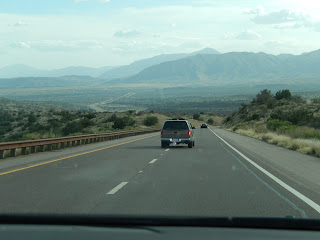 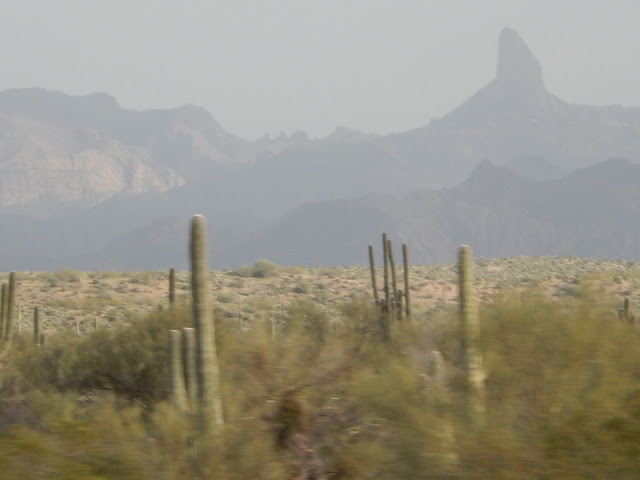 When we drove into Payson we realized that spring was just beginning there at 5,000 feet.   Flowering trees and daffodils were everywhere. 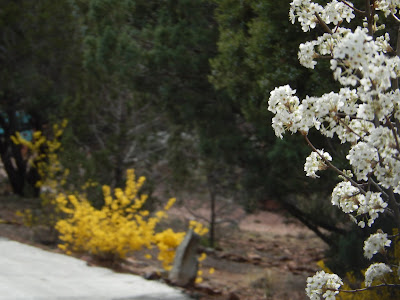 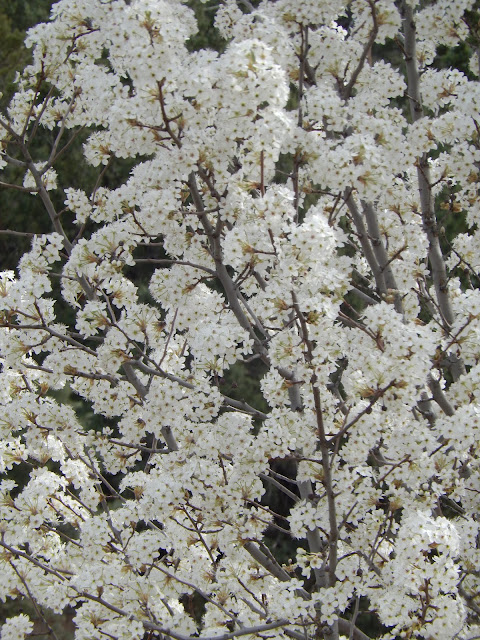 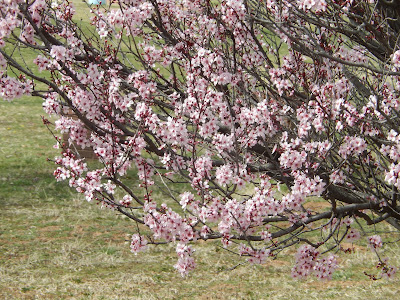 We found a local park with a small lake for a lunch stop and enjoyed watching the waterfowl and the people walking the paths while we ate.

After lunch we decided to drive just a bit further north to see what Tonto Natural Bridge State Park had to offer.

Wow, were we pleasantly surprised!   The small park is about 3 or 4 miles off 87 and accessed by a narrow road with 14% grade down to a  cleared area with an old house used as a gift shop, entry station for the park.    We payed our fee and parked in the large parking lot, not really knowing what to expect.    It was fairly late in the afternoon and the park closes at 4:30 so we opted to just hike to the 4 viewing areas.   One section of the first path had animal prints dried into the pavement. 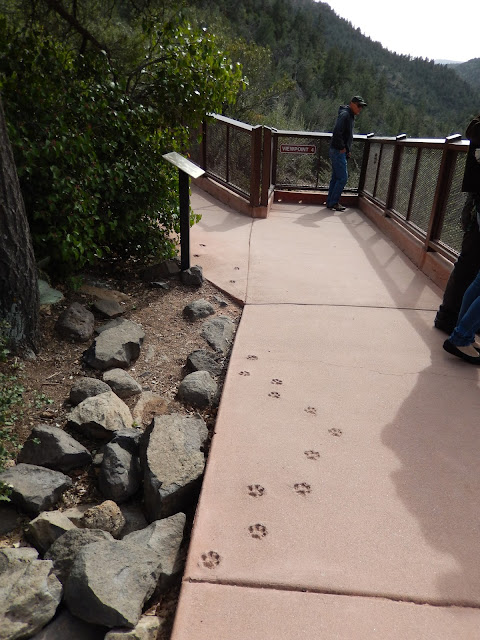 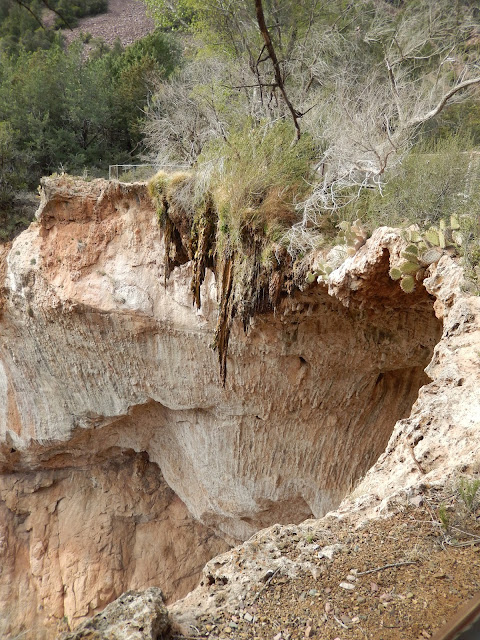 Tree and grass roots along with long strands of moss hanging over the top of the arch were dripping with water, making for a tiny waterfall. 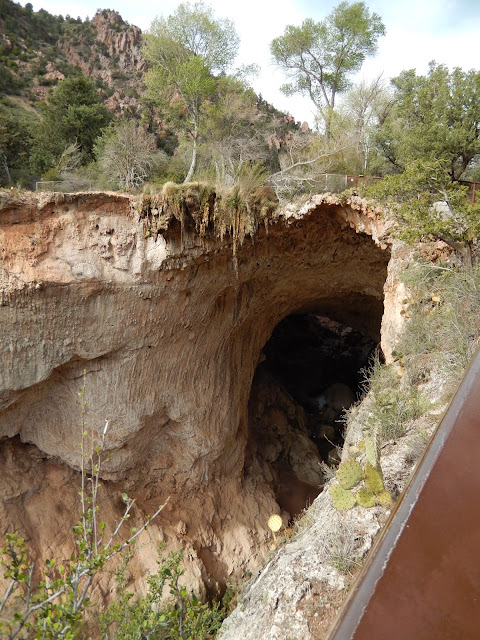 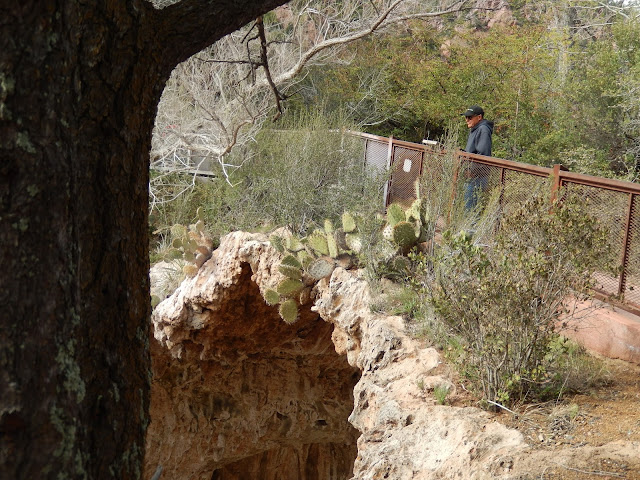 The arch is said to be the largest natural travertine bridge in the world.  As we approached  a strong cold wind was blowing up from below.   We could barely stand along its edge.   We were glad we thought to bring sweatshirts along. 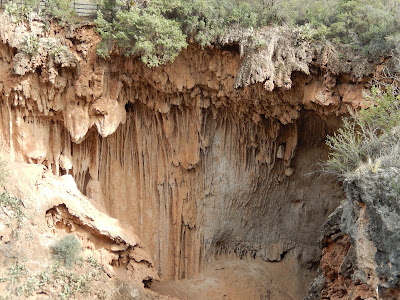 The high walls of the canyon above Pine creek were fantastic in their detail.   We felt we were looking at open air caves! 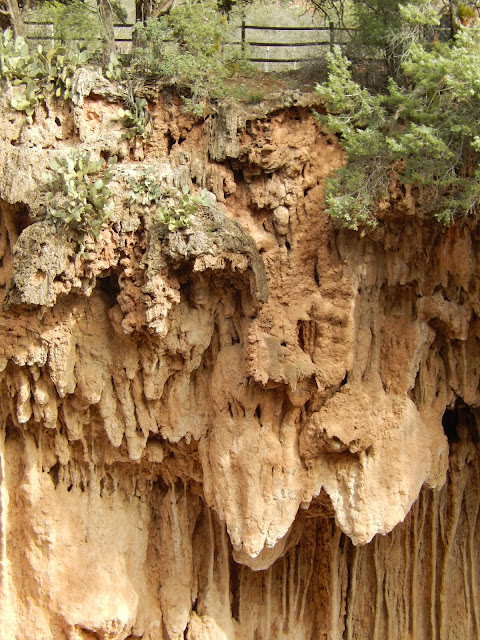 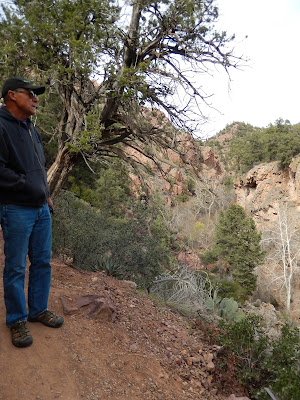 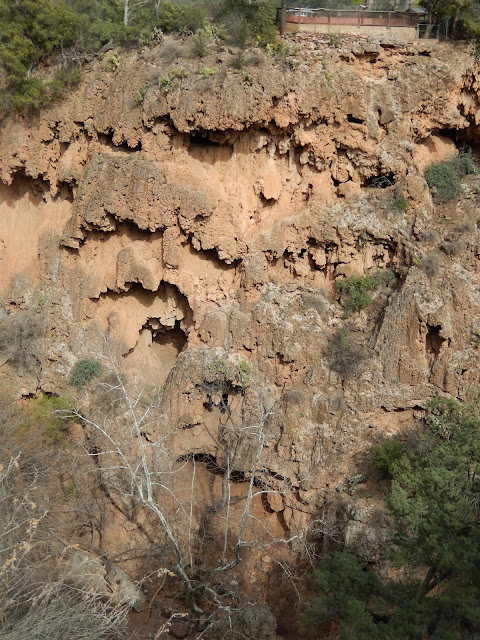 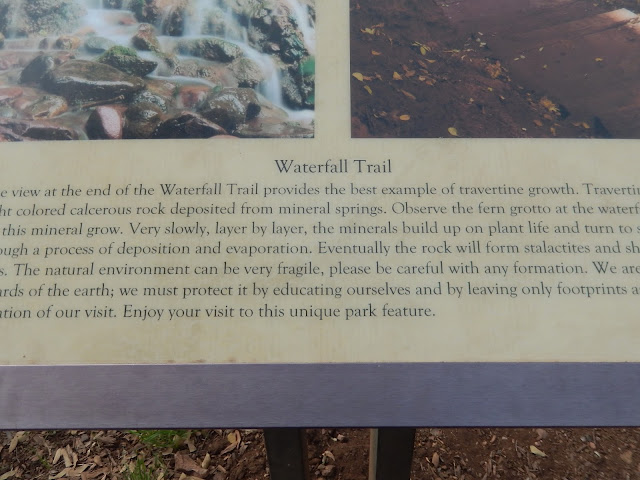 The trails were short but very steep, next time around we'll bring our hiking sticks and tackle them earlier in the day.   What a cool place this was.   I'm so glad we stopped there, even if it was on a lark!

The skies were dramatic tonight.  The grey cloud cover began to break up, providing us with a bit of rainbow over the mountain and a black and white sunset in the west. 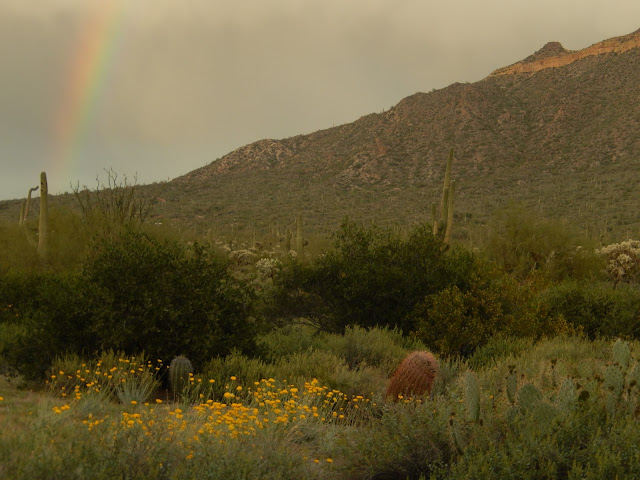 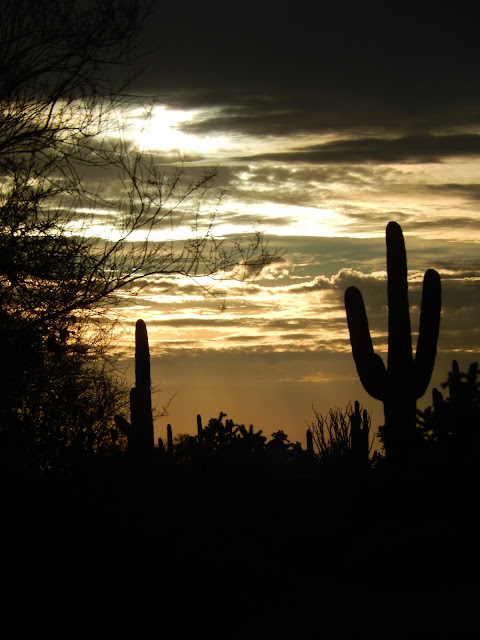