Birthday at the beach 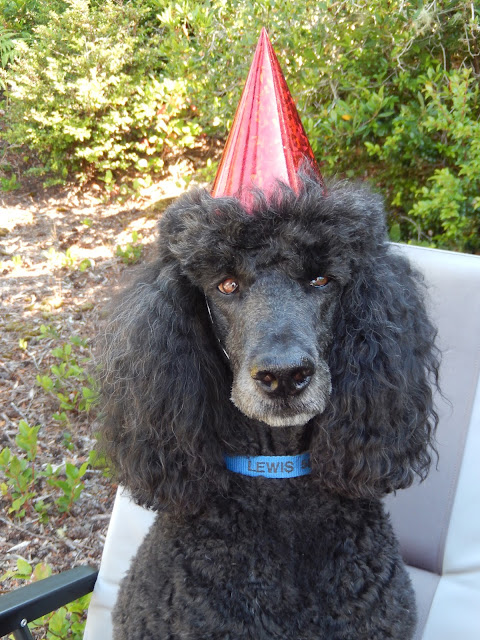 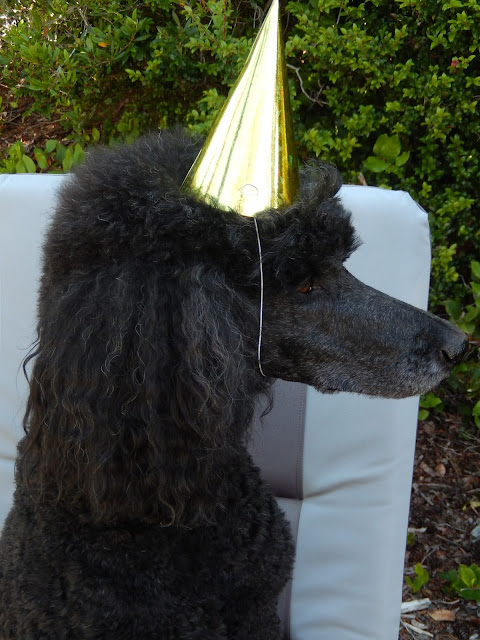 He tried on several hats this morning while he was waiting for us to come outside and give him a present.   He decided the red one suited him.


He accepted his new bone and immediately took it behind the bushes for a private tasting. 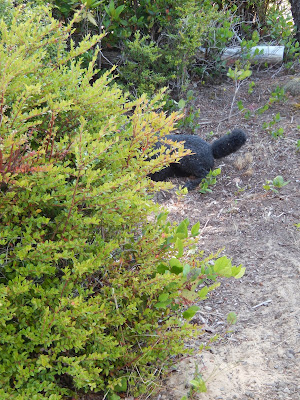 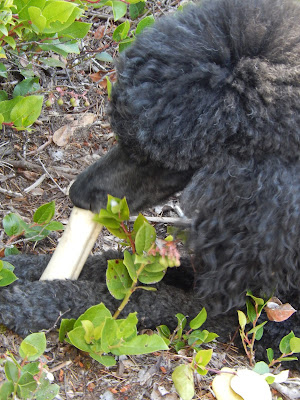 He enjoyed it all during second cup but I'm not sure it agreed with him.

We packed lunch and took him (and his ball) to the beach for a special treat.   It was sunny and warm but as we approached Hecata Beach the wind started to kick up.


We turned south and walked about a half mile in the blowing, stinging sand to a drift wood shelter someone had built in the soft sand above the tide line. 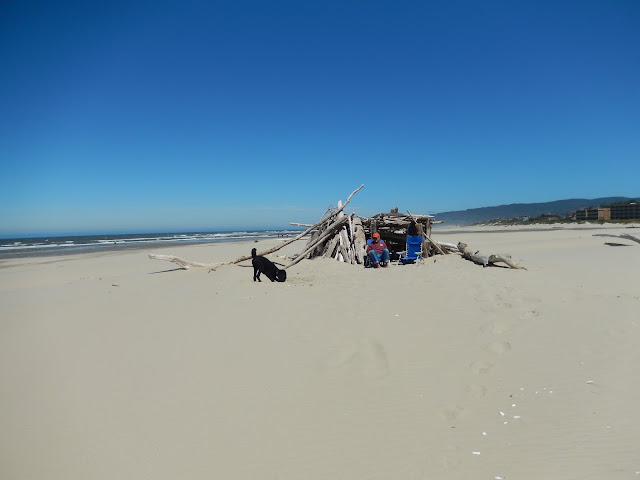 We set up our chairs under the shelter and gave Lew is ball.  He played his favorite ball game, solitaire kick ball, all the while we ate lunch.   He wouldn't even take a break for the slice of ham we brought for him. 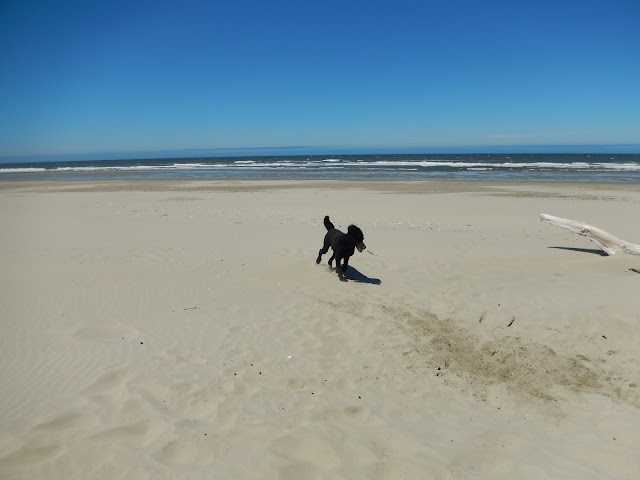 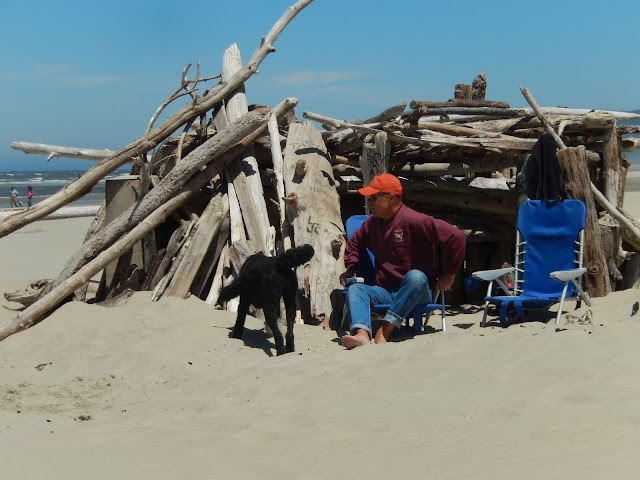 We spent the better part of 3 hours there and he played in the sand, nonstop, the entire time. 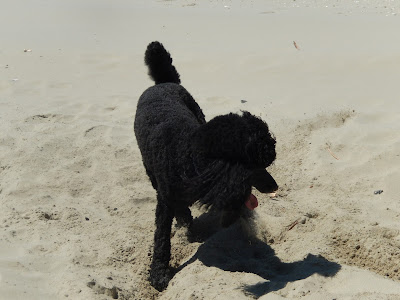 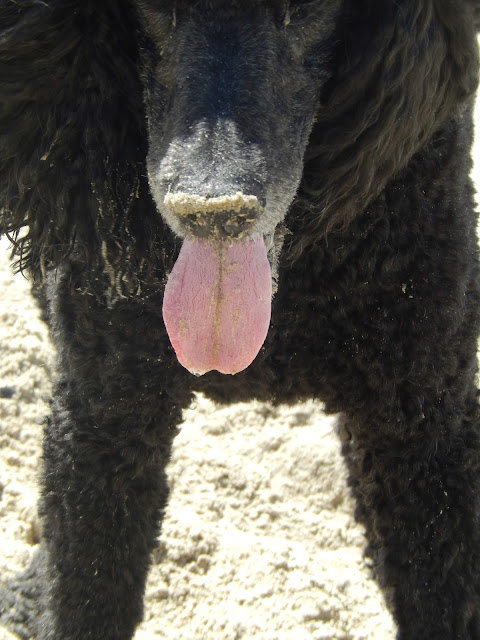 Even behind the shelter, sand filtered down on us.  We had sand everywhere, I mean everywhere.  Sandy ham sandwiches, sandy apples, sand in our hair, eyes, mouth, ears.   Lewis's nose was practically plugged solid with sand.   It was coming out of his eyes, and coated his tongue. 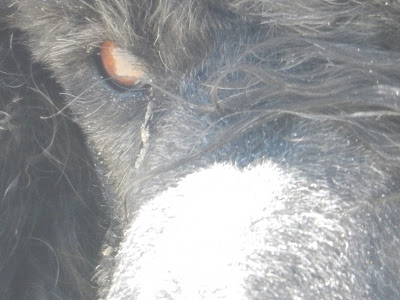 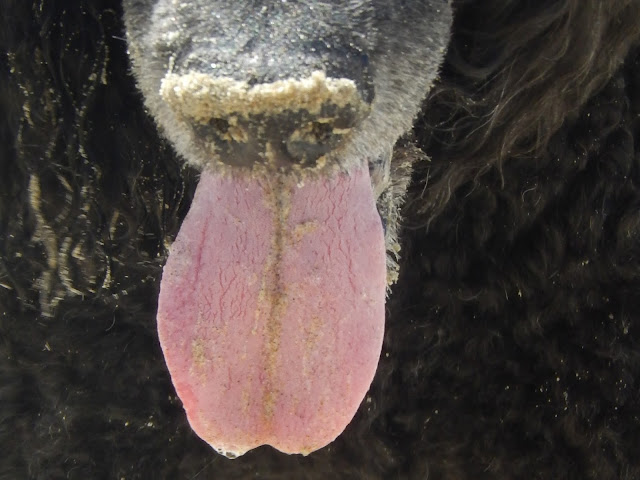