One day, I've lost track of which day is which, we drove from McMinnville to the coast.    Its hard for us to be within an hour of the beach and not go there.

We got on rt. 18 right outside of our campground and drove it directly west to the ocean, just north of Lincoln City. 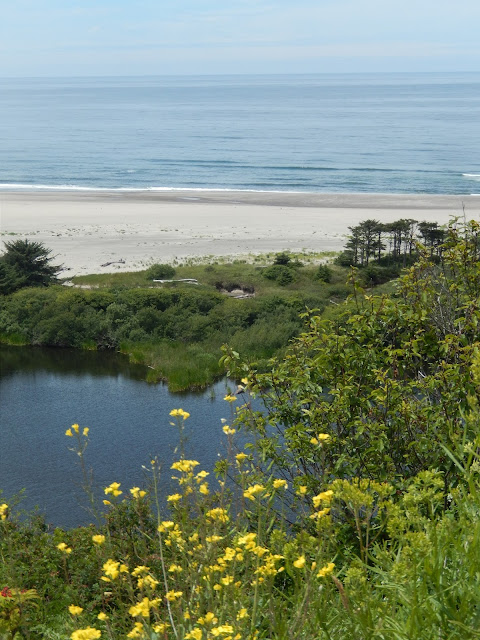 The coast there isn't as accessible as it is near Astoria but we were looking for a spot to drive on the beach to have our lunch. 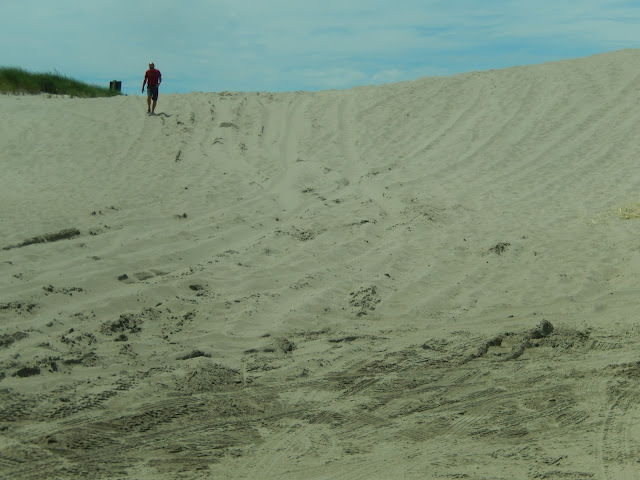 We found beach access at one spot but the dune looked very high and the sand very deep.    Dave walked up the hill of sand to see what was on the other side before taking the jeep up and it didn't look very promising.   Besides, there was a big pick up truck stuck to the floor boards in the sand just over the crest.    We decided to look elsewhere.

We continued north, past Pacific City, toward Cape Kiwanda.    Bingo! We found a very easy drive through to a wide beach.   There were plenty of people there, flying kites, surfing and hiking to the top of a tall sand dune that seemed to rise up from the waves but we found plenty of space to ourselves.


We shared a good lunch while watching the "others" play.    After sandwiches and apples were consumed we walked in the surf looking for unbroken sand dollars. 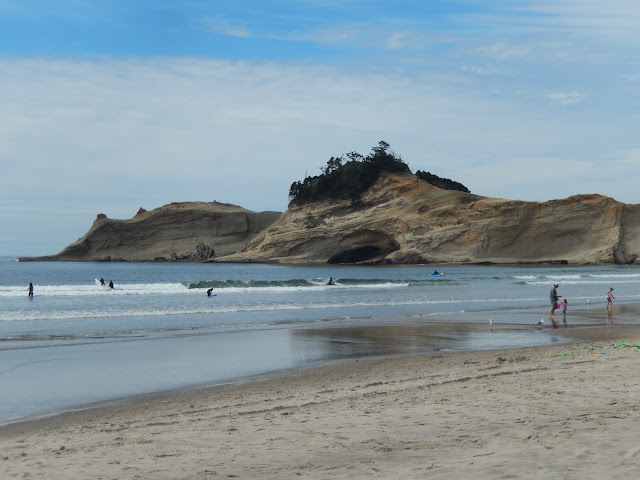 It was warm in the sun, but a strong wind kept the temperatures in the "very chilly"  so we got back in the Jeep and continued on along the coast toward Cape Lookout.    There was some debate as to just how far we'd go before turning around and making the trip back but I wanted to see "just a little further" so we did. 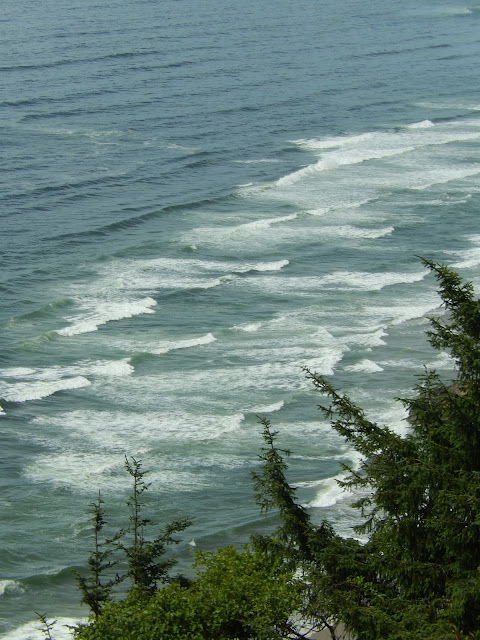 We climbed up and up, then wound down and down to arrive at a viewpoint at Cape Lookout. 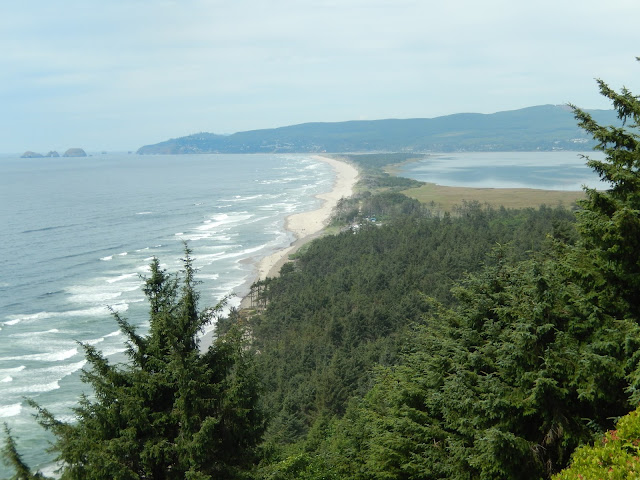 We could see the distant Three Arch Rocks off the coast near Tillamook. 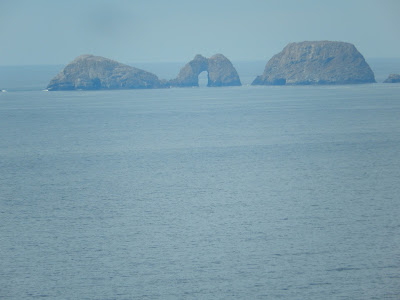 We spied a campground at the State Park below and drove down to check it out.
Decision?   Wonderful beach access but too crowded with tents and waaaay too many mosquitoes...check that one off the list.

All in all we put more 150 miles on the Jeep before we arrived home just in time for happy hour.    Lewis was happy to see us.    He felt sure we could play ball and enjoy our gin and tonics at the same time.   We indulged him. 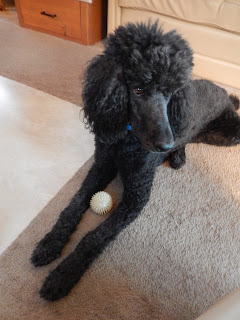