We added a few days to our stay here at Memaloose S.P., there is just too much to do in this area.   Even at that we'll never see everything but we'll give it a good try.  We're enjoying our site here although other's might not.   Its full hookup, part shade, $28 a night and right in the middle of a very interesting area.    Granted, the park sits between a train track and I-84 so quiet it is not.    The noise doesn't seem to bother us, I wasn't sure if it would but was willing to give it a try.   The only fairly annoying thing is that there is only one way to enter the park, through a west bound rest stop on I-84.     Traveling east bound (as in coming back home from the Hood River area,  necessitates a 3 mile drive past Memaloose, exiting the highway, re-entering and then exiting at that westbound rest stop.   A bit of a pain but nothing we can't handle.

Wednesday, Dave's birthday, we did whatever he wanted to.   After driving from Bend in a strong wind on narrow "regular" roads the day before he wanted to just chill.    We did drive into the small city of Hood River for a few groceries and to get the lay of the land.   On our way back we stopped at a riverfront park and watched a large group of folks taking advantage of the windy Columbia Gorge by kite boarding. 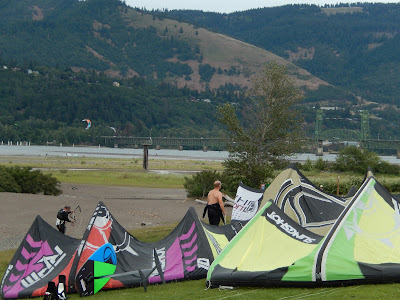 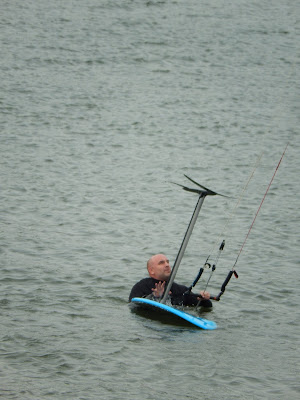 I couldn't get a decent picture of both the operator and the kite in the same shot, but it was interesting to watch their different techniques to get started and the speed with which they raced away from us and became just colorful spots in the distance. 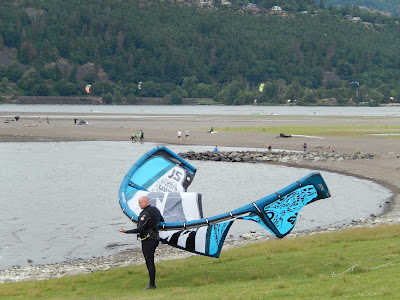 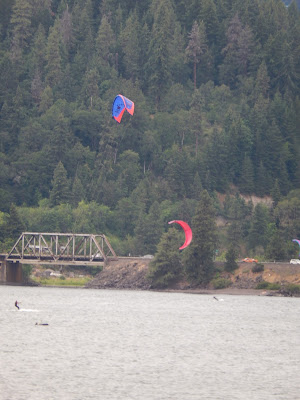 Thursday it was a bit cool and partly cloudy so we decided to drive the Fruit Loop, south of Hood River. 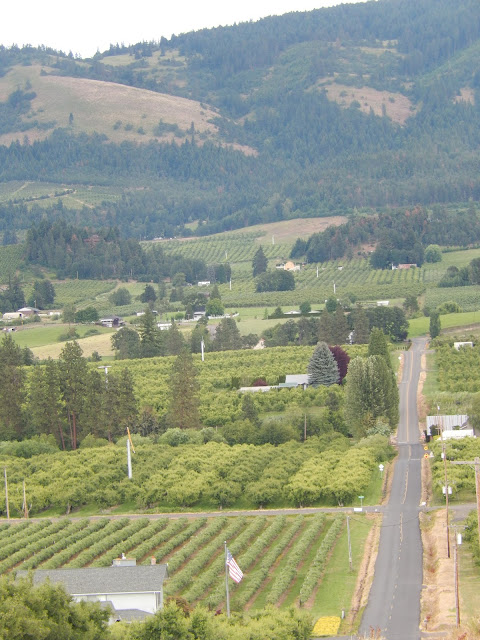 The drive begins on rt. 35 and winds through lush vineyards and orchards bursting with the beginnings of a bountiful harvest season.   We are a bit early to be able to avail ourselves of much of the fruit but we did stop for some cherries.


There are lavender farms and even Alpaca ranches offering fine yarns and clothing.


Since it was early in the season for fruit picking and early in the day for wine tasting, we took a detour off the loop and set out for Lost Lake. 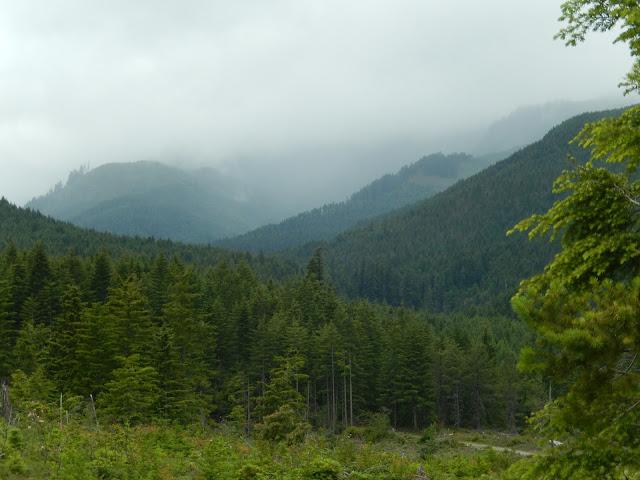 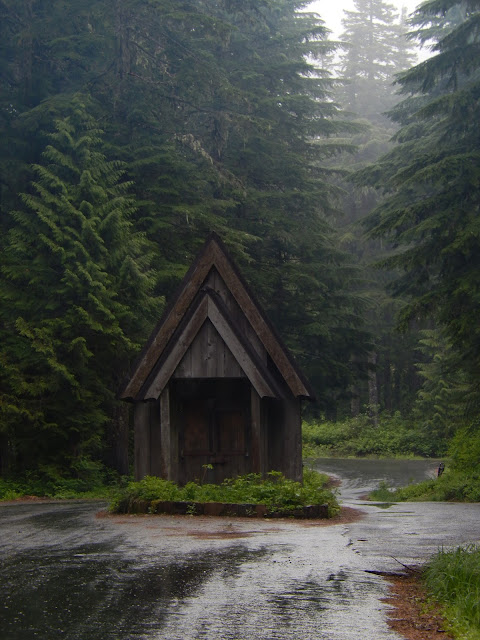 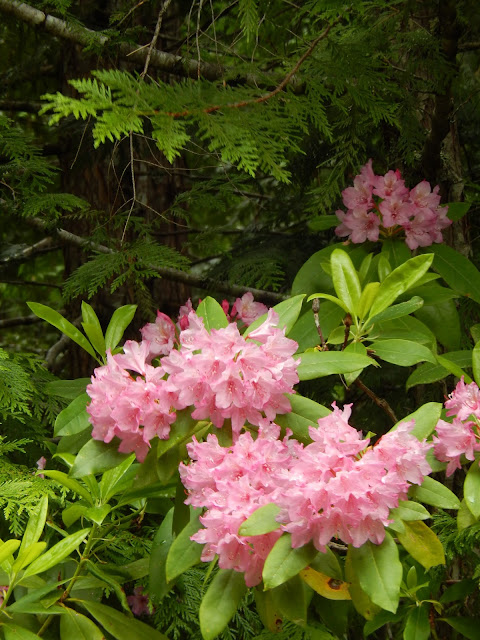 A change in scenery also.   The woods were dark and damp but full of beautiful rhododendrum, ferns and moss. 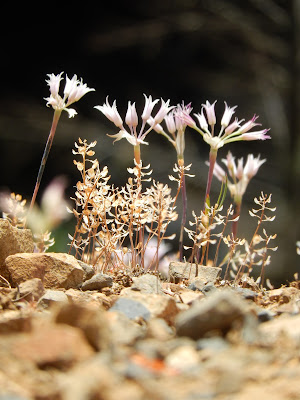 It was raining, lightly, when we arrived.   We had really wanted to hike the loop around the lake but weren't crazy about walking very far in the rain.   Then we saw a flash of red.   A Pileated Woodpecker in a tree right next to the Jeep!   I've only seen two of them before and I really wanted to get a picture of this guy.
Before I could focus he flew to a downed log.    Then into the woods he went. 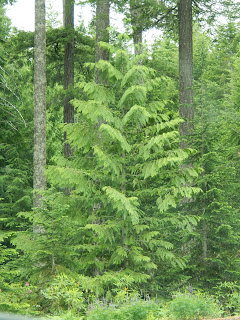 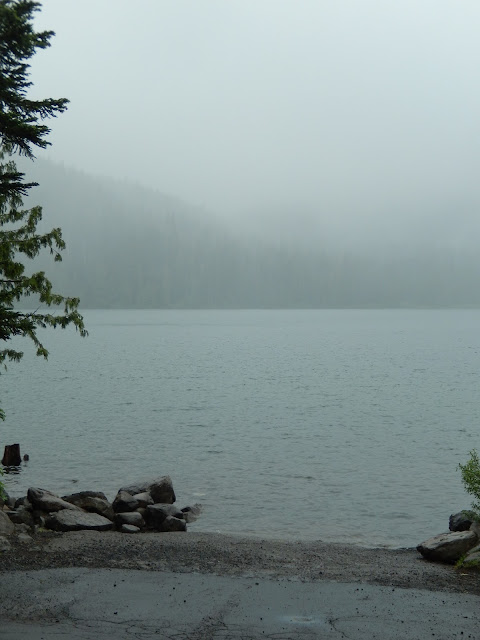 Ah well, don the hiking boots (to keep our feet dry) and dig out the umbrellas (didn't bring raincoats - note to self, when in Oregon keep raincoats in the jeep)
and set off on the beckoning trail and the disappearing Woodpecker. 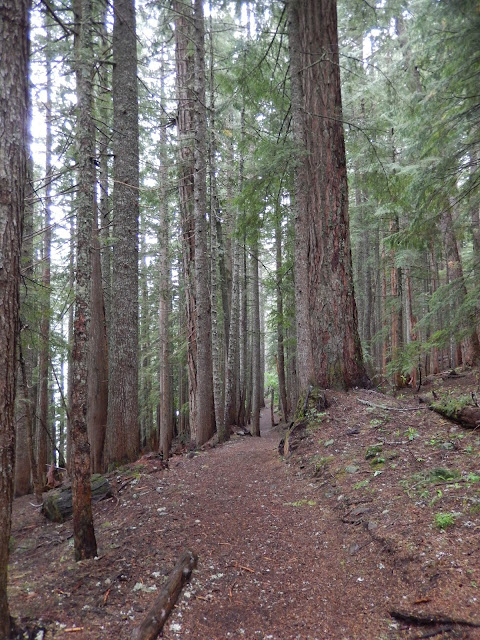 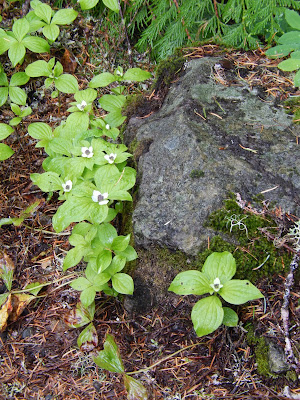 As we walked the only sound was the rain on our umbrellas, the ground soft under our feet.    In openings in the dense forest we saw the black and white lake. 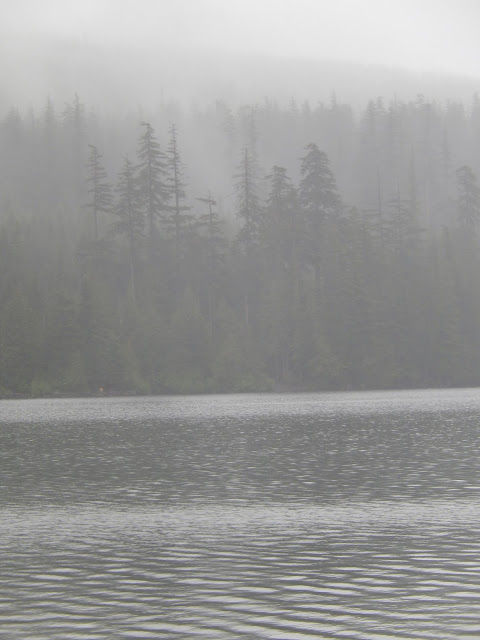 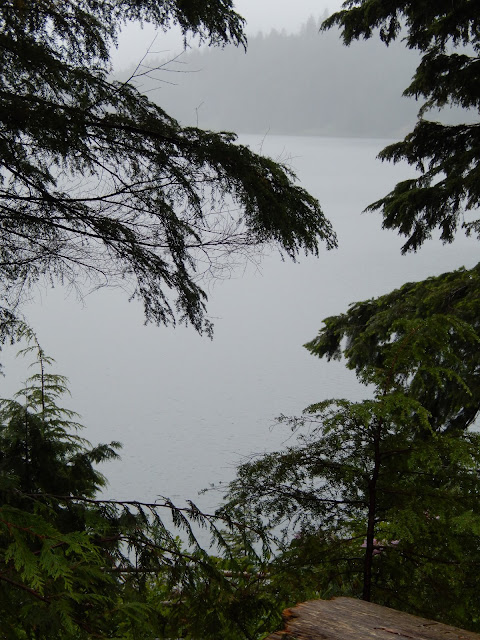 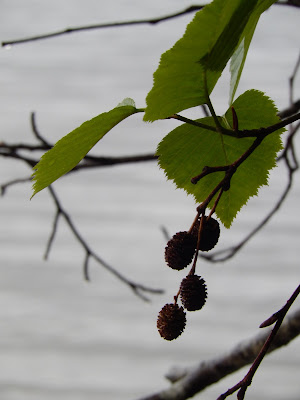 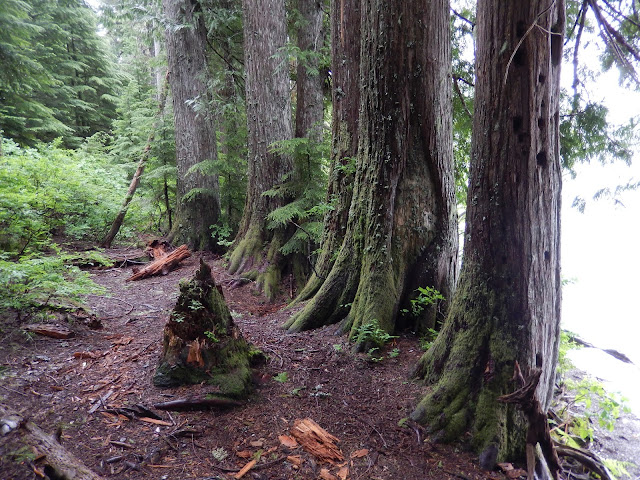 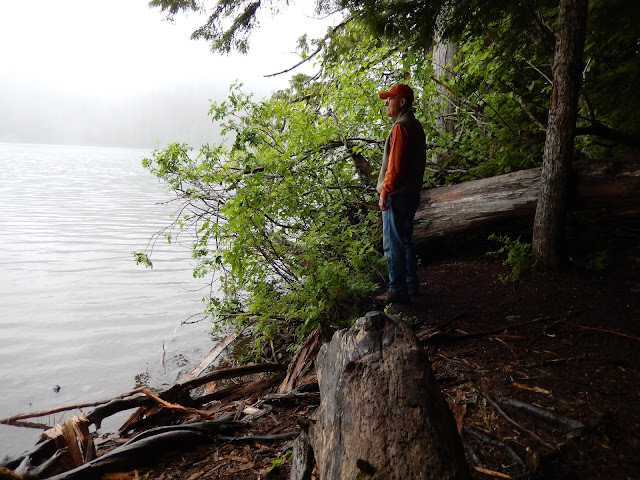 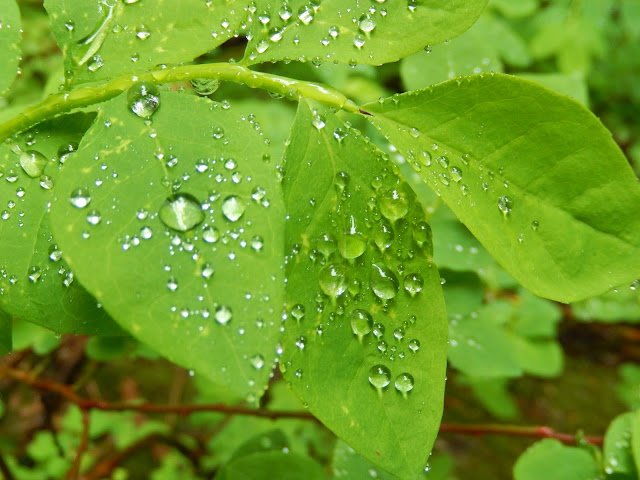 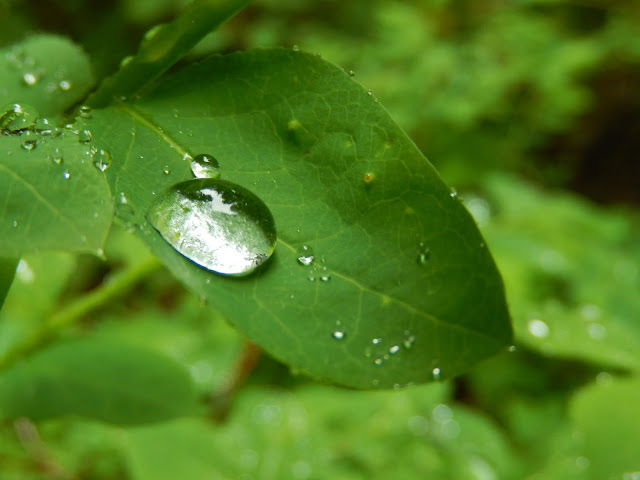 We never saw or heard that Woodpecker again.   Perhaps he just wanted us to see all his woods had to offer.
Posted by Suzi at 7:11 PM