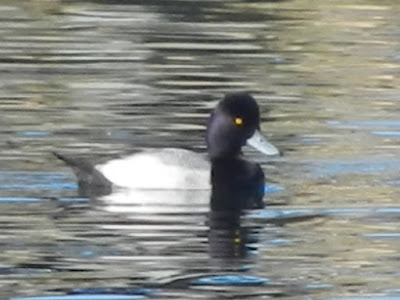 Here is another interesting duck that drifts by us in large teams.    They are either Lesser Scaups or Greater Scaups.    If I had to bet, I'd guess this is a Lesser but I'm not a betting woman.

Friday we got a terrific take out lunch from Ocean Beach's Hungry Lu's tiny bakery and sandwich shop and took it to the Ocean Beach Dog Park.    Its one of our favorite places to go and just sit.    We did not take Lewis this time, we wanted to see just how busy the area was, how close the quarters were, and what kind of dogs (and owner's) frequented it. 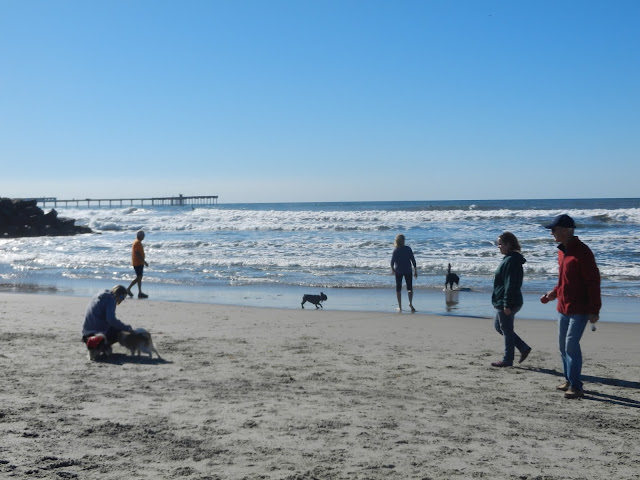 There was a little black French Bulldog that was laser focused on his neon green tennis ball.    Ounce for ounce, I don't think I've ever seen a dog run as fast as this guy.    Back and forth, back and forth.    Sometimes another dog would intercept his ball and he didn't argue or give up.   He simply stopped and waited until the other dog lost interest, then he'd scoop it up and fly back to his owner.
We were at the beach for at least an hour and a half and he was running the entire time.


Little Milo spent his time digging to China when he wasn't performing his self proclaimed duties as official greeter.    By greeter I mean he raced up to each new comer, barked once or twice directly in their face, thoroughly sniffed their "parts", then went back to his excavations. 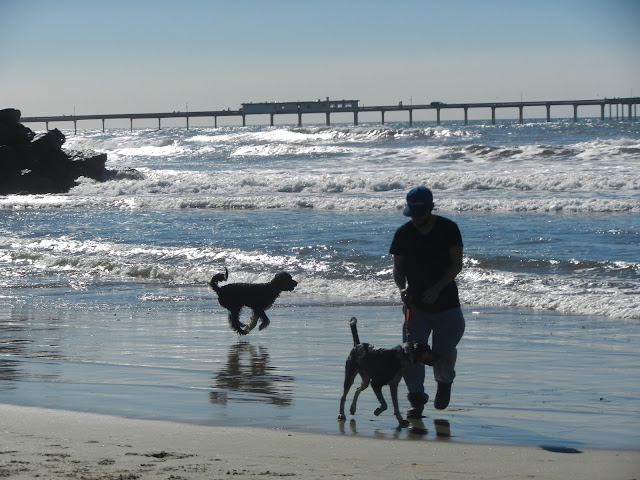 We watched a beautiful and energetic Portugese Water Dog run after his ball, a huge spotted white dog happily pester every other dog as they passed by, an owner wandering around screaming "come" at the top of his lungs while his big yellow lab studiously ignored him and romped gaily with his friends halfway across the beach.    We watched a young woman walk along a narrow section of the San Diego River with her svelte boxer and his frisbie.    She'd toss the toy into the crazy strong current and the dog dove in (not beautiful water entries, but they got him out into the water) and carefully positioned himself downstream of the frisbie, almost treading water until it actually came to him!    Then he'd turn and swim across the current to the shore ready to do it all over again!    I bet he slept well that night!

Later we went out to Point Loma to view the views.    There is only one road out to Cabrillo National Monument and the cliffs at the end of the point.   It passes through the serene and moving Ft. Rosencrans National Cemetery and we're always drawn to it.    Rows and rows of perfectly placed white headstones march to the Pacific Ocean on one side and to San Diego Bay on the other.    The grounds are simple and immaculate.    They give us pause. 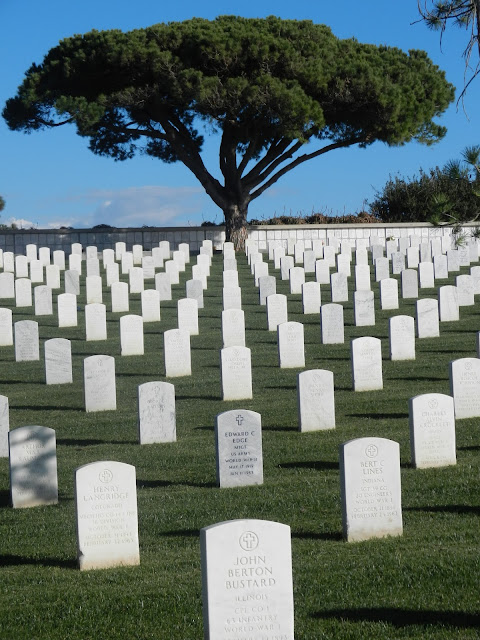 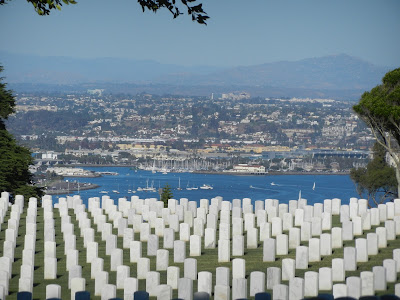 Without checking the day's tide charts, I'd hoped we'd timed our visit to the Tide Pools correctly.    Nope, we were 3 hours early, and the water was too high, the areas still under water.      We hiked around a bit, enjoyed what we could see and vowed to make a more concerted effort to return an hour before a low tide.    The tricky thing here is that the area closes at 4 p.m. so timing is everything!


The point was overflown by lots of military helicopters and planes.   The entrance to the Bay was busy with military ships, commercial fishing charters and private crafts.   Binoculars were Dave's constant companion. 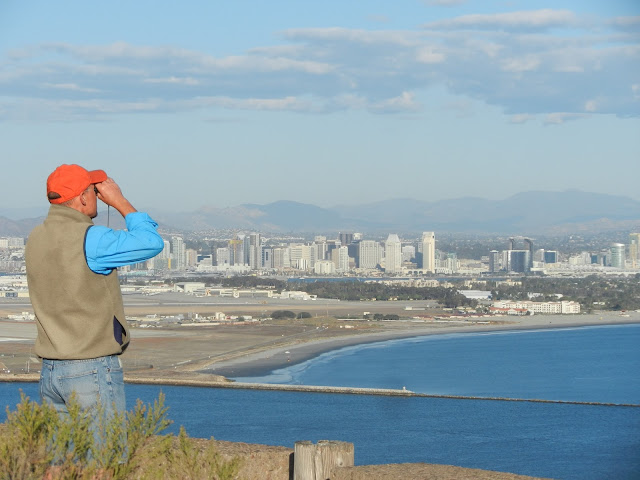 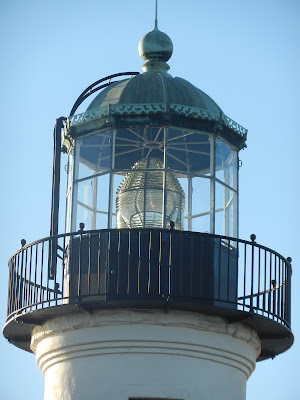 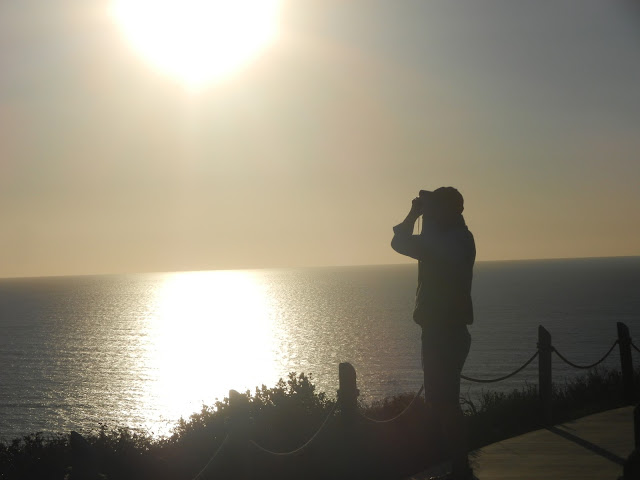