The last time we drove out to Point Loma the tides were too high for us to be able to wander around their famous tide pools.     It sounded like something we'd really enjoy doing so we made plans to return when the tides were more favorable.

Monday turned out to be the perfect day.   After we dropped the Jeep off for a factory recall we picked up lunch at our favorite Ocean Beach sandwich shop (Hungry Lu's) and headed toward Point Loma for a pre-tide pool picnic. 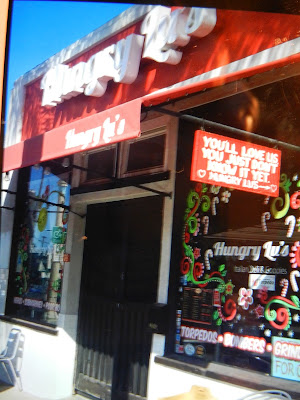 We were a little too early for the optimal "tide window" so we detoured onto Shelter Island to eat our lunch by the water. 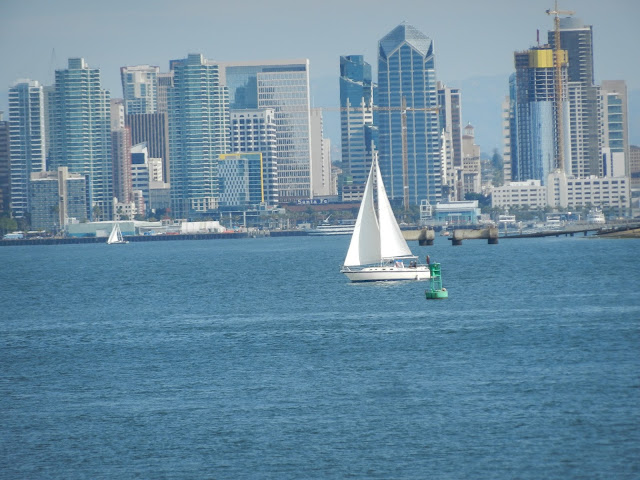 We parked in Shelter Island Shoreline Park, near the fishing pier.  We saw the San Diego skyline from a different perspective, it was just as beautiful.       The linear park has a number of interesting sculptures lining its waterfront walkway. 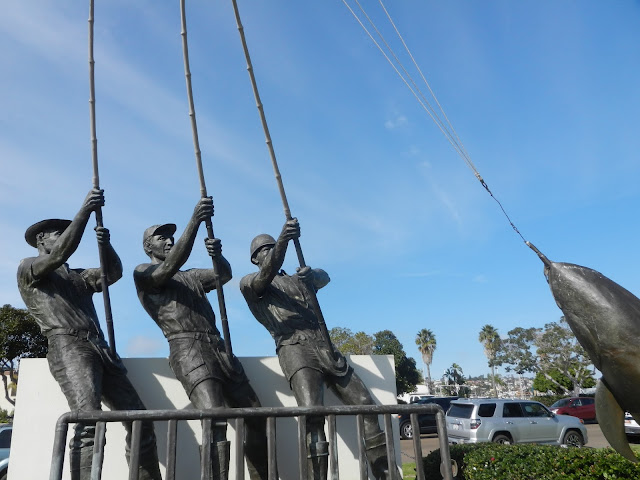 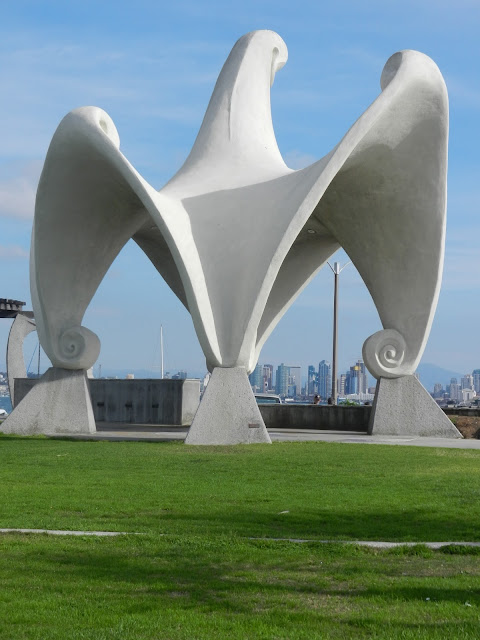 The bay was busy with military and private ships and boats.   Helicopter's buzzed like mosquitoes overhead.    In between bites,  Dave had binoculars attached to his face.

After lunch we continued our drive to Point Loma.   Lisa had suggested another tide pool spot so we checked it out first, but the steep stairs down to the beach turned me away.     We figured we could always come back to it if our original destination was too crowded.

We were lucky in picking the right time of day and the day of the week to visit the tide pools because there weren't many "others" there. 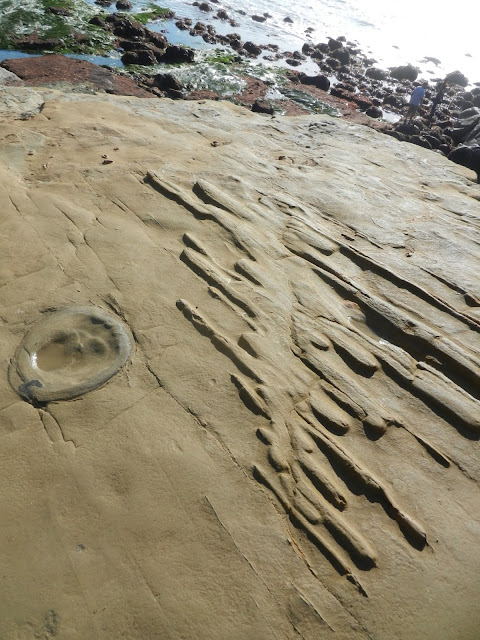 We scrambled down layers of rock to the exposed, rocky floor of the beach.
A volunteer there gave us some suggestions about what to look for and the best direction to walk.   He also said that we probably wouldn't see sea stars in any of the pools because a sea star wasting disease plague has decimated their population from the coastal northwest all the way down to Mexico.   We were disappointed and saddened by the news.

We climbed and squatted and jumped and slid and flopped (only me....) and poked for almost a mile along the rocky exposed beach.   We didn't see a single sea star, but we had a jolly time anyway.    Lots to see.    A small octopus watched us from under a large rock, coming out when we'd turn to go, sliding  under when we looked back.   He just wouldn't pose for a picture. 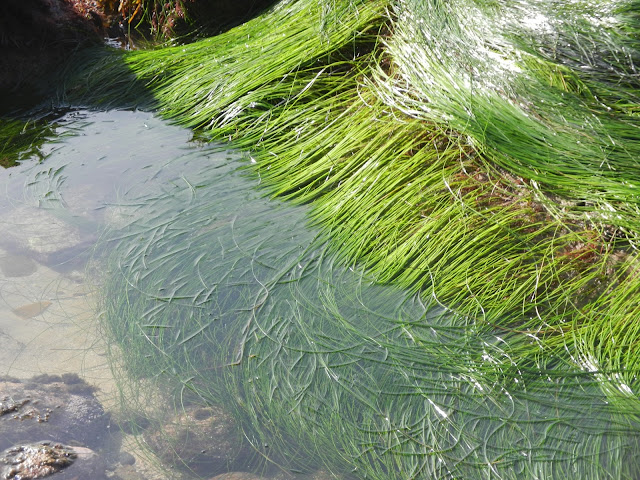 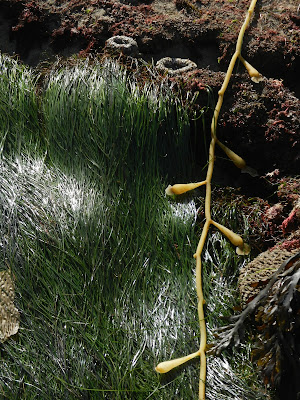 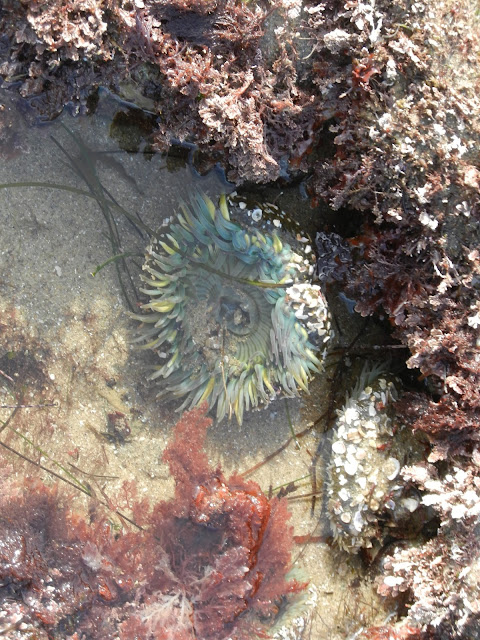 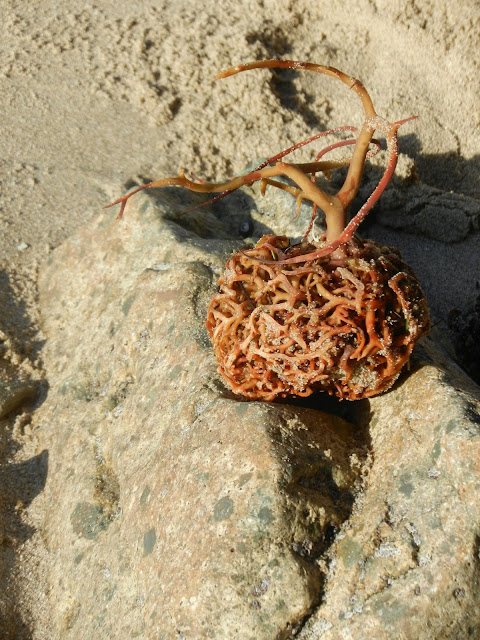 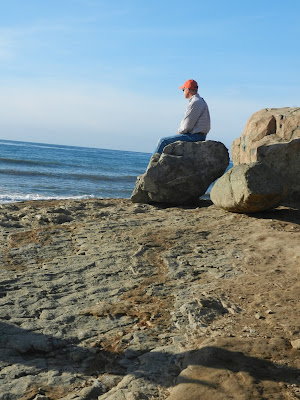 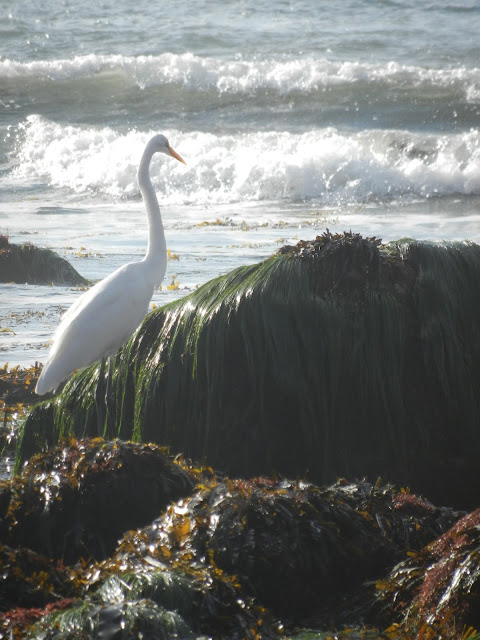 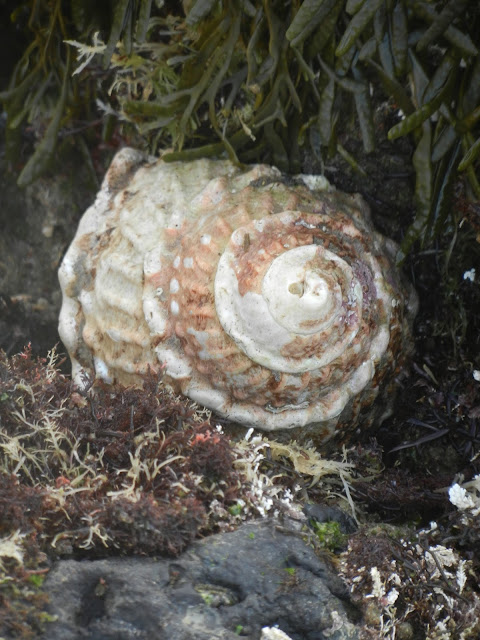 We spent so much of our time looking under rocks and into small pools that we almost missed an interesting area in the cliffs behind us.     Dave called me to come see the crabs hiding between the layers of wet rock. 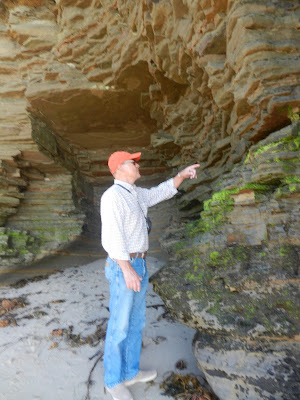 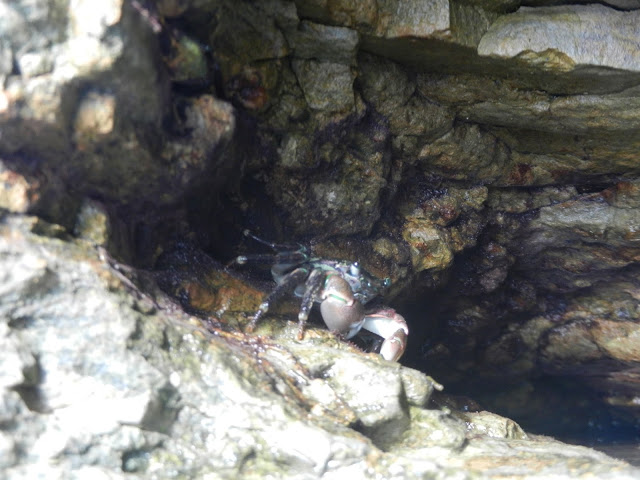 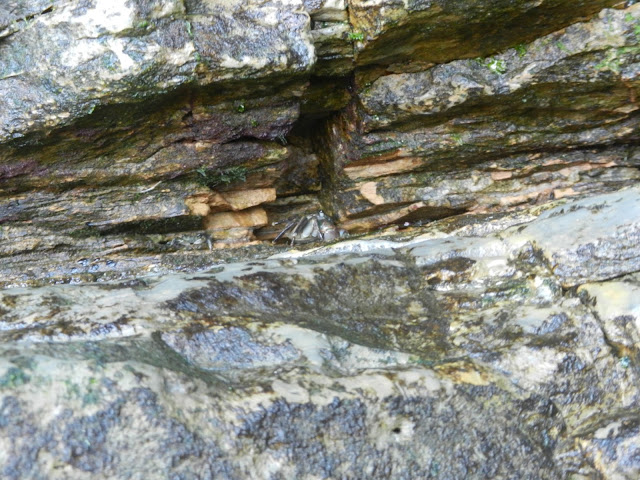 Some were teeny tiny, some were much bigger and more bold.   They'd scurry to the front of their ledge to look me in the eye but raced back deep when I'd point the camera at them.

It was such a beautiful, warm day.   We spent a wonderful few hours walking on such a different kind of beach.    I guess any day on any beach is a perfect day for us. 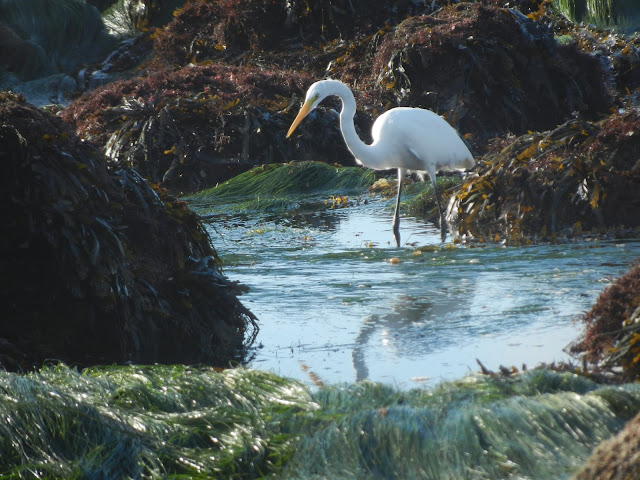