It was really cold here last night.   Dave and Sasha cuddled on the couch to watch TV.   Sasha said she was weak with hunger and needed to snuggle..... 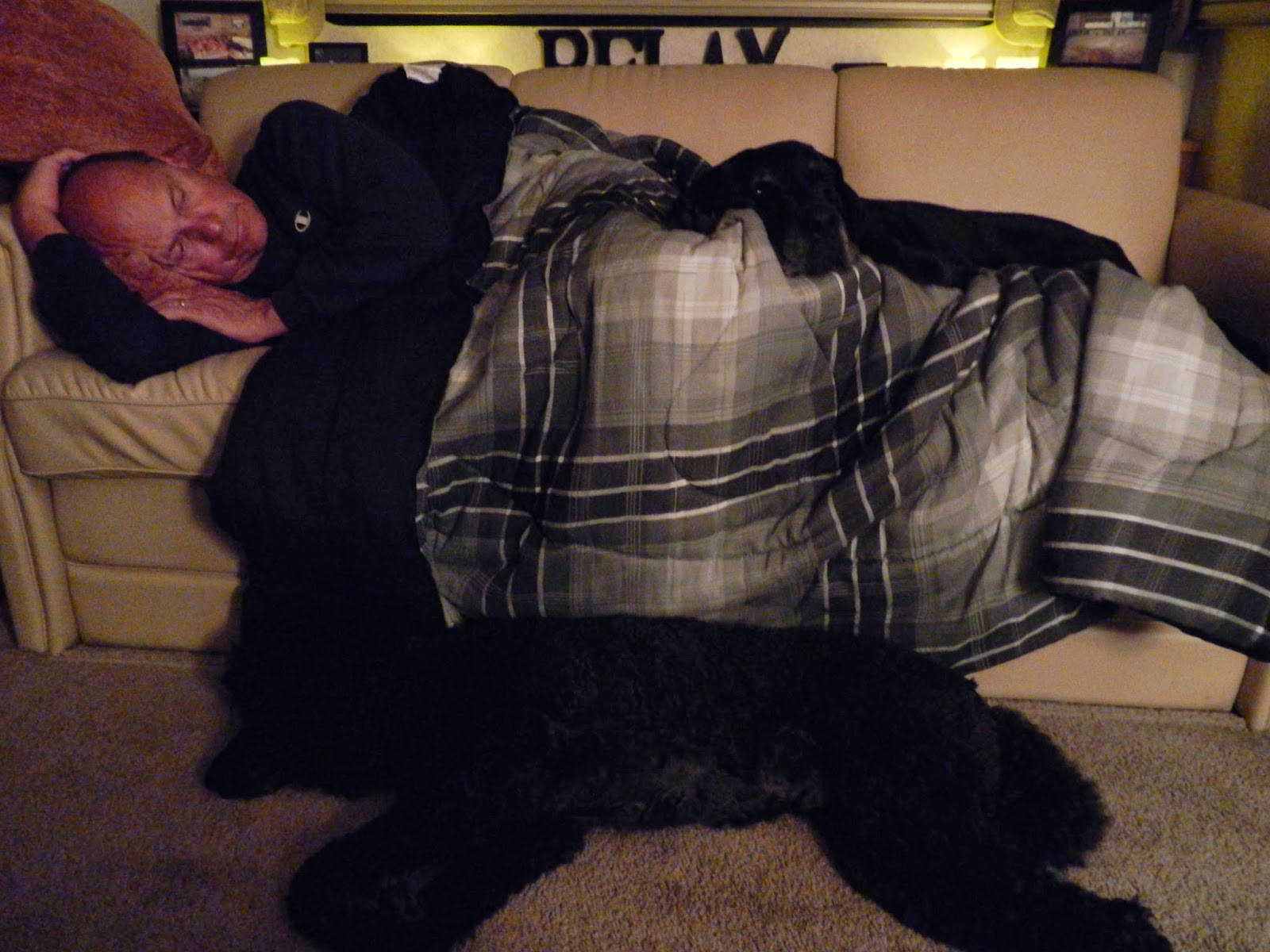 Sasha's surgery went well this morning.  Dr. Holland removed the mass, said it was a bit smaller than he expected, and she'll stay with them until the drain is removed, likely a few days.

Poor old girl.  Even this morning, after not eating a single thing for 24 hours, her hope was eternal.   She gave me her best eye contact, perked ears and happy tail wag, hoping that it would produce the desired result - cookies!    It was hard to deny her.

We both dragged home, unsettled to not have her with us.  Lewis is quite subdued.   We'll all be happy when she comes back.   Thanks for your good wishes, they helped.


We just hung around Beluga today, it was sunny but very cold and we didn't feel like doing much.   After the vet called with the surgery report, we ran out to Publix for a few supper fixings and stopped at the beach for a picture or two.

The google gods are not allowing me to insert one single picture tonight, I'll keep trying.