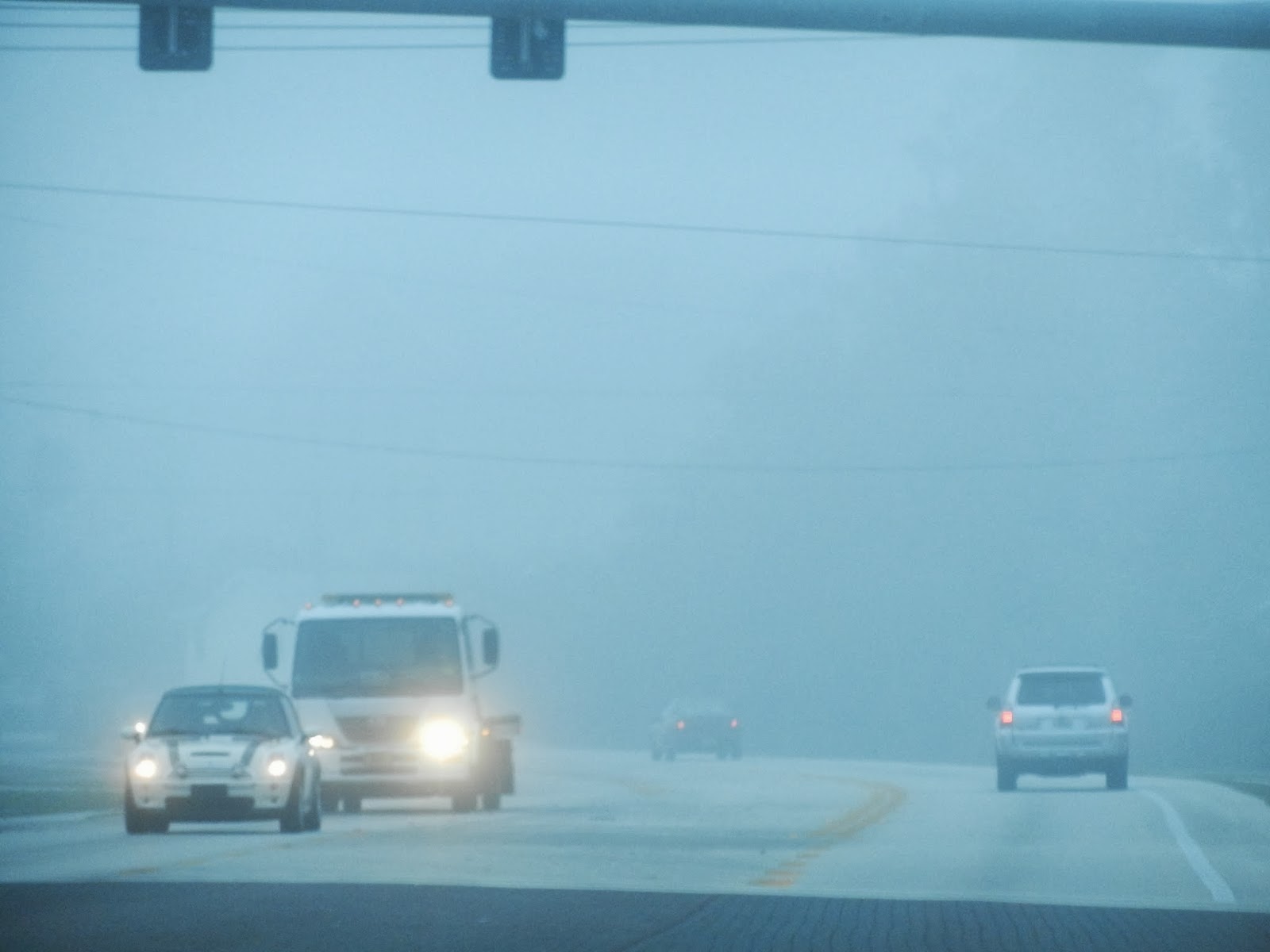 Is it a blizzard?   In Florida?   No, but the visibility was pretty much the same.  Here it was the marine layer - fog - that brought the line of sight down to a few car lengths in front of our RV resort.

We stayed put this morning, watching Sasha and trying to see if she was, indeed, back to normal after her surgery and with all the antibiotics in her body.  So far, so good.   A tbs. of  yogurt in her food won't hurt,  we decide.

We took a little walk around the resort, looking for future sites.   Pam and Vic were sitting outside so we stopped for a nice chat.   Their two PWD's are sooooo sweet, very hard to resist.  Jetta sidles up to Dave, sits with her back to him and looks at him demurely from under her fringy eyebrows.  Pets?  Rico is more straight forward.

Sasha seemed fine while we were gone, so we ventured a bit further from home.   Dave wanted to check out a couple public golf courses close to us, so that's what we did.

The weather started to close in on us as we neared "home".   Was that thunder we heard as Dave was grilling dinner?   Lightning?  Was it my flash?   No....thunder and lightening following close on each other's heels.    The timing worked out perfectly, Dave brought in the finished steak and asparagus a few minutes before the sky opened.   Mr. David's Gourmet BBQ Service was booked for tonight, Thunder on the Bay Weekend ya know,  so poor Dave had to take over the grilling duties.    He did such a stellar job, perhaps I won't call in the professional BBQ service next time.