Back "home" in Golden

Monday morning we enjoyed second cup outside in the cool morning sunshine.  The silence was deafening and the light was beautiful. 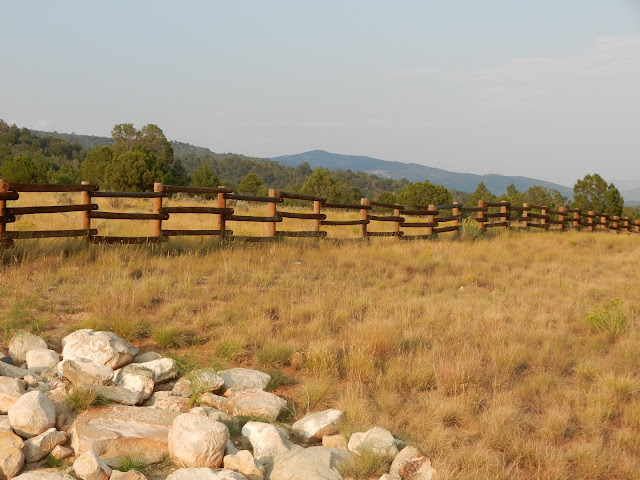 We were fascinated by a tiny Rock Wren working the boulders surrounding our site at Rifle Gap State Park.

She was busy, oblivious to the four of us watching.    She ran along the top, bobbed her head, ducked down between the rocks and re-emerged a few feet down with a bug or cricket.    Repeated the process, over the top, between the stones, along the bottom of the pile - over and over.    Second cup for her also it seems! 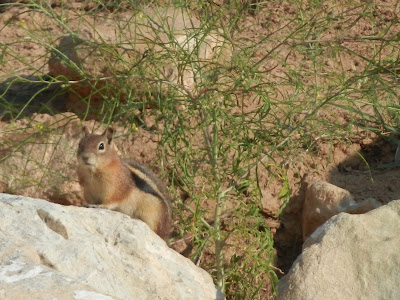 Someone else was busy at work in the rocks.    Another tiny creature, a golden mantled ground squirrel spent a very long time trying to hide a large (by comparison) hamburger roll first in one crevasse then another.    No luck, it was just too big.   Then he dragged it up into the soft dirt between the rocks and the wood fence.    He kicked up quite a dust cloud trying to dig a hole large enough for his prize.    Dig with the front legs, push the pile away with the hind....dig dig dig.    Nope - couldn't be done. 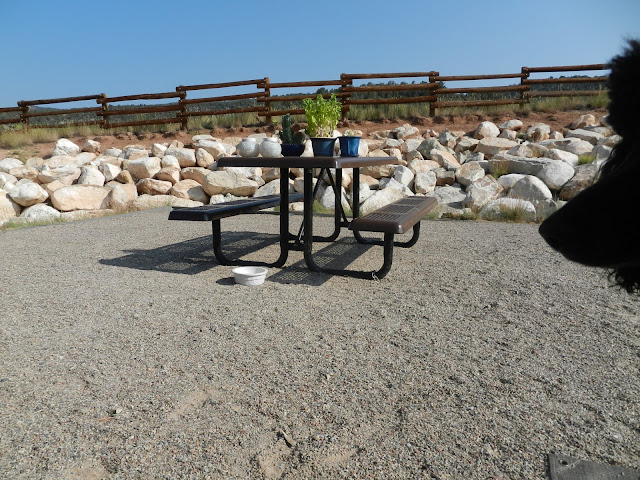 The two of them had our total attention.   What a show they put on, and they didn't even know they had an audience!    Lewis was particularly keen on watching the little rodent's antics but we reminded him that it was against the Park rules to disturb wildlife in any way.

We left Rifle Gap State Park before lunch, drove along the reservoir, through the gap in the Grand Hogback and headed east on I-70 toward "home". 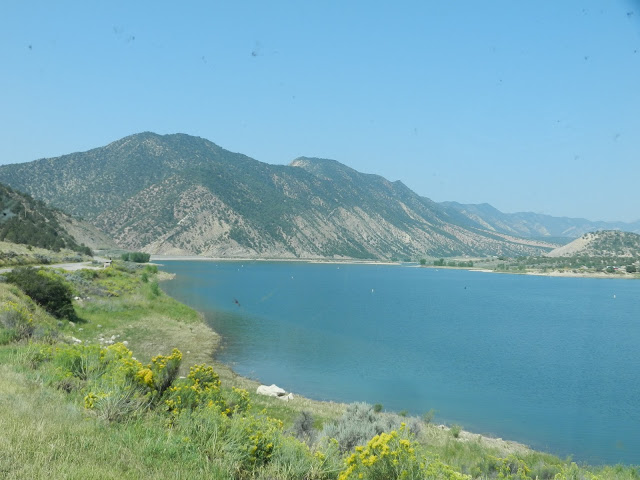 The scenery on this part of the interstate is not your typical boring highway scenery.  No billboards, Motel 6's, Fireworks stores, truck stops.  It winds along the base of the long Grand Hogback, past the Flat Tops, the Roan Cliffs, through the White River National Forest all the while following the great Colorado River.
As it passes through Glenwood Canyon there is only enough room for the railroad tracks, the river, a bike path and the road between the steep cliffs rising up around us. 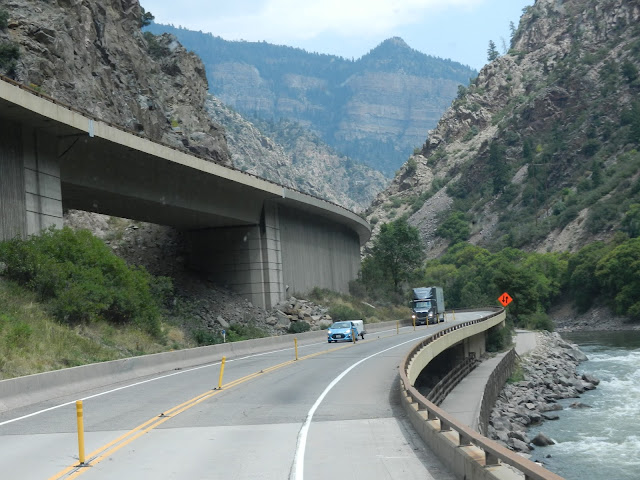 We found a lot of construction on this section of the highway, making for a difficult drive for Dave.   The available lanes were fairly narrow and rutted by truck traffic.  Not much room for error here.    Another factor that made things more interesting was the ever present and gusting winds blasting through the canyon.    Beluga is a big target for wind as you may imagine!

We stopped for lunch at a pull out along the river before continuing up the steep, 7 mile climb from Silverthorne to the Eisenhower/Johnson tunnel over 11,000 feet above sea level.

It is a long, slow climb.   Cars flew past us, trucks crawled along in front of us, overheated vehicles pulled over to the shoulder to cool down.       Beluga moved along steadily - not too fast, not too slow.   These are times when I'm so glad I have Dave driving.   His eyes move between the various gauges, the mirrors, the road ahead, carefully balancing the rpm's, his speed and Beluga's temperature.
I ask him what he's watching for, is everything OK?   He replies that its not good to "lug" a diesel and he's just making sure that doesn't happen. Its important that Beluga continues to be happy and cooperative on this long, hot climb. 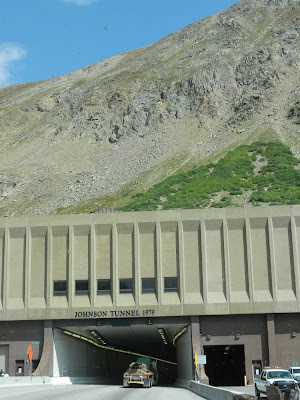 We eventually arrived at the Eisenhower/Johnson, a 1.7 mile long tunnel beneath the continental divide.  It is the highest vehicular tunnel in the world and its all down hill from there!

We backed into our spot at Dakota Ridge RV Resort around 4 - just in time for happy hour.   Dave especially enjoyed his G&T after the day's arduous drive.

I'll tell you about our two week adventure on the western slope later this week.