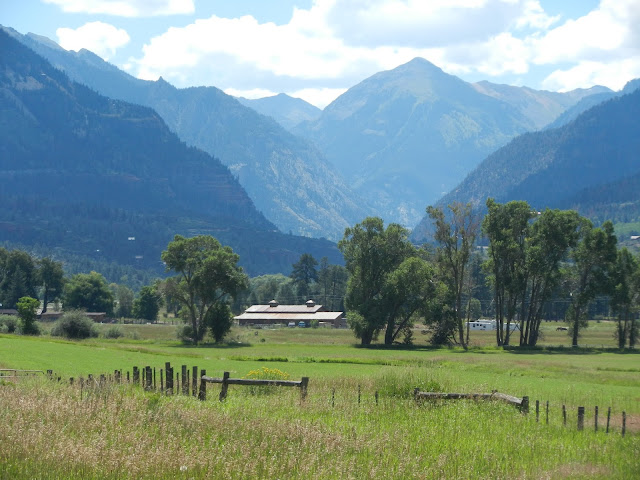 Once again we drove into the San Juan Mountains through its gateway in Ridgway.      This time our destination was Ouray, called the Switzerland of America.    Pronounced "You ray" this small valley town is less than 15 miles from our home base.

Our reason for driving to Ouray was water.   Ouray has a famous public hot spring, non sulfur swimming pool and a number of small hotels with private hot spring pools.  The public pools range in temperature from 80 to 106 degrees.

We parked and walked around the pool area and I suppose it would have been inviting if it wasn't chock full of people.   Kids and adults swimming and soaking, lathering on sunscreen and laying on towels and chairs and eating hot dogs.    I didn't take any pictures as I didn't want to appear to be photographing people I didn't know!    Perhaps when it was less busy.....

Ouray also boasts an intriguing water fall, Box Canyon Water Fall, just north of the city proper.    We took our lunch up to the small park and sat beside a cliff to eat before exploring the canyon and falls. 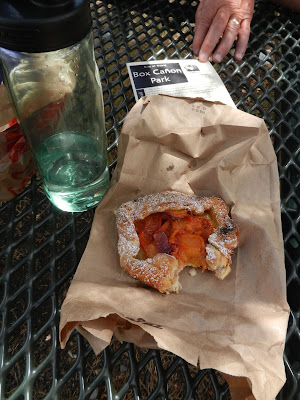 After we finished our sandwiches and a shared peach galette we hiked up a short hill to the edge of the catwalk leading to the Box Canyon Falls.    This spectacular natural wonder pours thousands of gallons a minute down 285 feet through an extremely narrow canyon, the walls of which overhang the falls by some 100 feet. 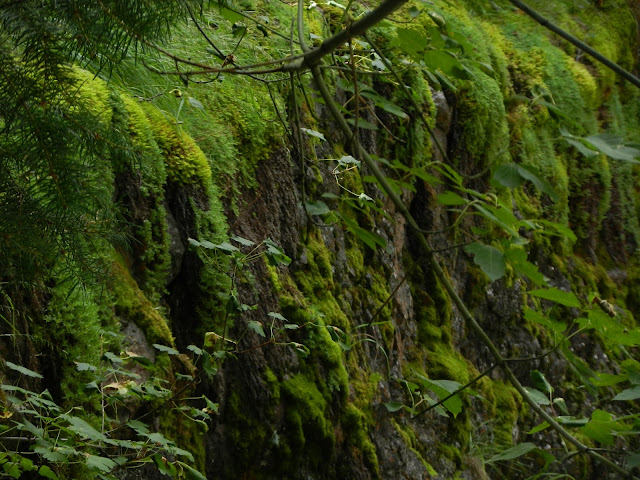 The walk was green and damp, the sound of the thundering falls in our ears. 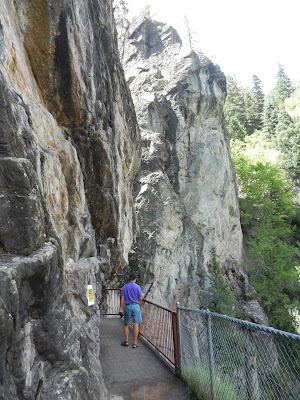 The picture above is about as far as I actually got.    I understand that the rest of the way was perfectly safe and there certainly were people coming back from the falls, so there was no crashing of the catwalk, no collapsing of the railing.   But.....The walking surface was see through, as was the railing.   What I saw through was occasionally grey stone and occasionally - nothing below me.  The cliff walls on one side were straight up as we started the walk, but the further we went, the more they intruded into the path making us lean out over the canyon below to avoid banging our heads.    So with claustrophobia and height issues making me vibrate, I asked Dave to walk me back to the "safe" zone and then continue on to the falls. 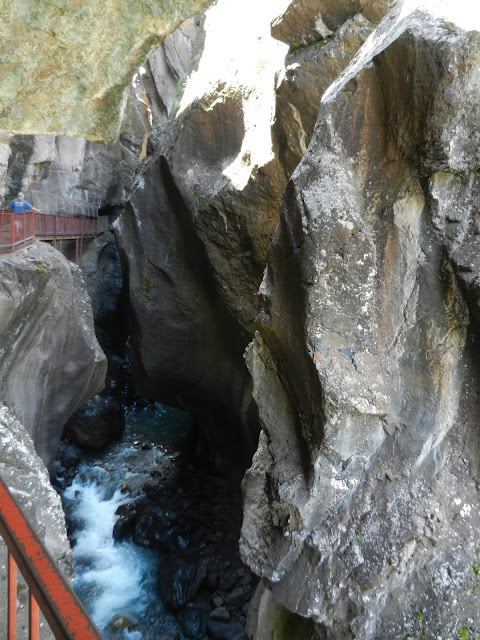 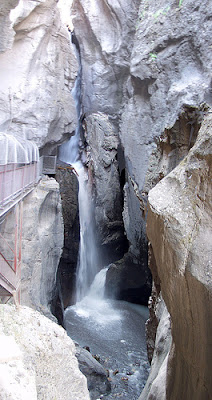 After returning to the car we drove back into the main street of Ouray and walked the streets, enjoying the beautifully restored buildings. 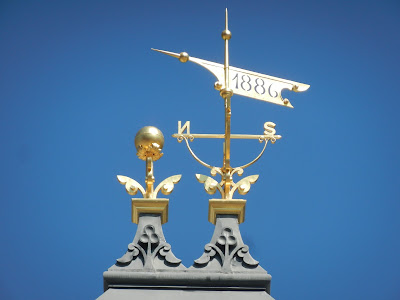 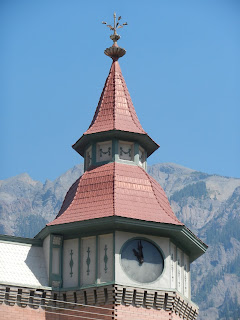 Ouray boasts the largest number of surviving original Mesker Bros. cast iron facades in the state.   These ornamental sheet metal and cast iron storefronts were sold by mail order in the 1880's through the mid-twentieth century. 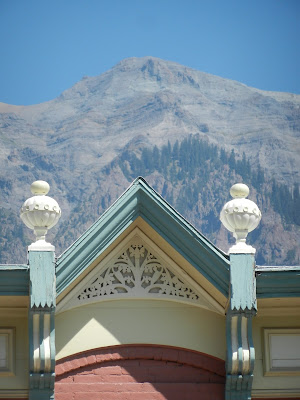 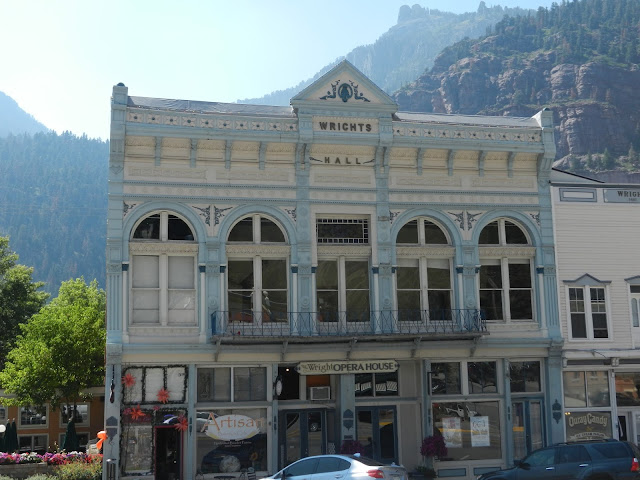 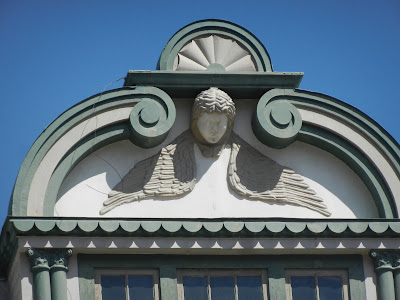 On our way out of town, on the way back to Beluga we saw a sign pointing up to another water fall.    Anxious to redeem myself I suggested we see what the hike to that falls looked like.