As I'm sure some of you know....I'm a bit of a control freak and the need to stay organized is my curse.  That being said, I'm not sure I can keep these next few blog's pictures and narrations in their proper order but I'll try.    Being retired and doing things on our own time, sometimes on a whim makes it difficult to remember what we did when.....tough problem, I know!

In honor of National Dog Day I'll include some pictures of our sweeties in this post..... 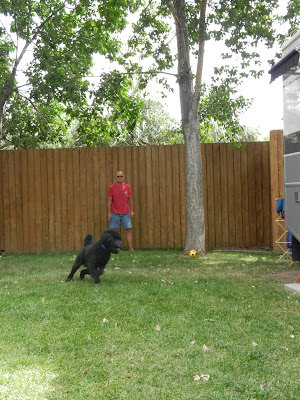 Before we take a long drive we try to exercise Lewis, let him stretch his long legs so he'll be happy to sleep on the trip.   Usually his exercise of choice is chasing a ball.

If we're in a more confined, busy area we play "The Game".      Dave and I stand a distance apart each with a dog at heel.      I call the one he's holding, he releases and they (the dog....not Dave) run as fast as they can to me for pets and a treat.   Then he calls my dog, I release and they race to him.    Back and forth until we notice their focus starting to lag, signaling the end of "The Game".     We haven't played it since Sasha has gotten stiff because we don't want her to overtax herself.

Evidently, while we were playing ball with Lewis, Sasha thought we were playing "The Game" and she broke from me and loped all the way to Dave!
She looked quite pleased with herself, the old girl...

So, dogs pleasantly tired we got on I-70 and pointed Beluga west toward the first night's stop on our two week trip to the western slope. 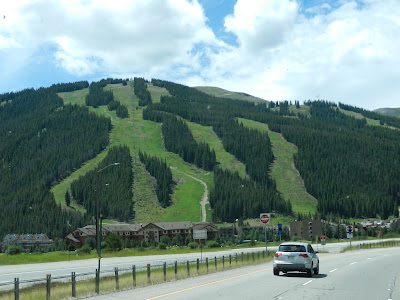 We stopped for lunch at a rest area near Copper Mountain Ski area.    It turned out to be the rest stop from Hell for Lewis.  I'll show you why.... 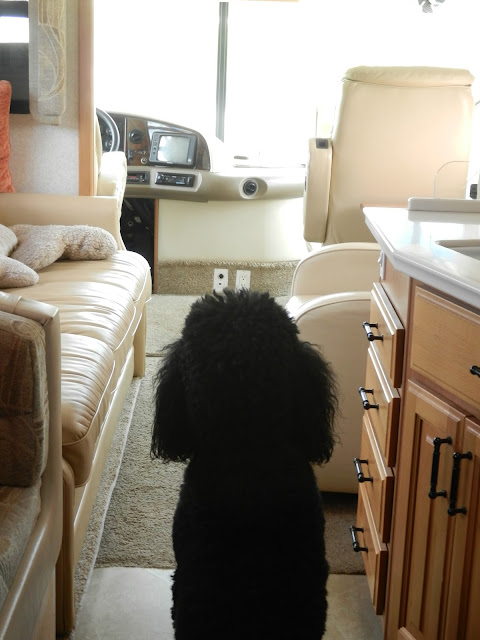 Poor Lewis couldn't take advantage of the rest area, he wouldn't even go to the front of Beluga so we could take him out to "get busy".   He couldn't take his eyes off those bikes...... Sigh.

We pushed on through Vail and Glenwood Springs, arriving at James Robb Colorado River State Park - Island Acres section around 4. 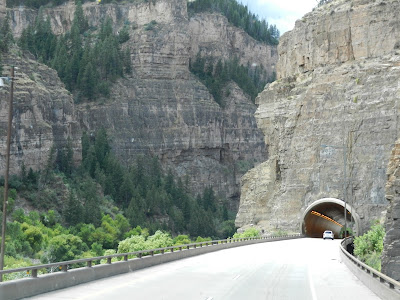 This State Park in somewhat unusual in that it consists of a "string of pearls", 5 very different sections all located along the Colorado River and spread out from Island Acres in the east to Fruita in the West.


Island Acres is located pretty much right beside I-70 so it makes a very easy on-easy off stop as one moves west.    But it is so much more.    The sites are large and widely spaced.   Tall rock cliffs rise from the Colorado River on one side and from I-70 on the other.    Oddly enough, there was minimal highway noise, something about the way the wind comes down the canyon and the position of those mountains muffles any noise and we slept comfortably with all our windows wide open. 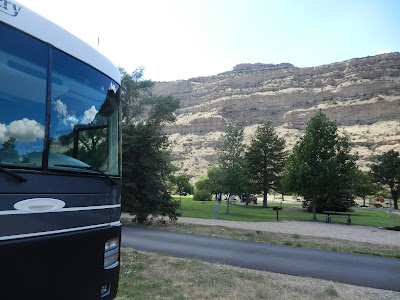 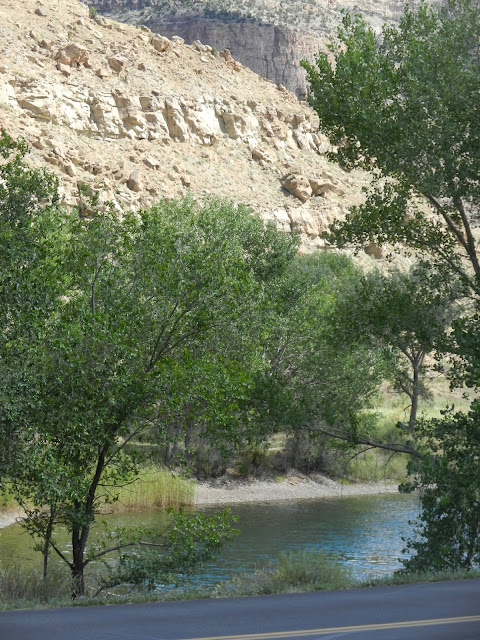 The dogs each took a little dip in the picturesque fishing pond next to our site as we strolled through the campground before dinner.

After dinner Dave and I took a short hike along the river, and in the river.   What a nice place to end our day's drive. 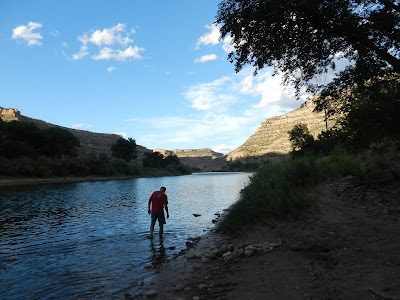 It was hard to leave the next morning, and if we weren't anxious to get to our home for the next two weeks, Ridgway State Park, we would have stayed a little longer. 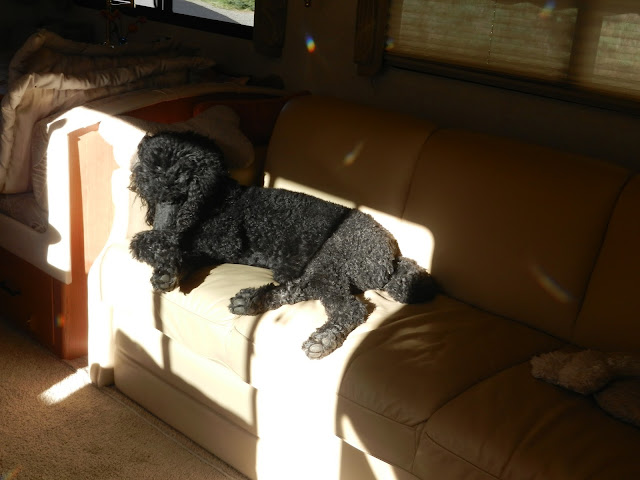