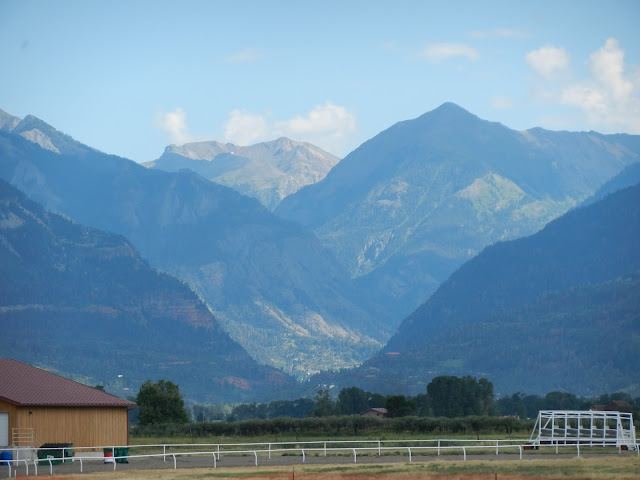 The nearby town of Ridgway was the starting point for most of our day trips into the mountains.   Its slogan, "Gateway to the San Juan's" is an apt one.   Though it is a small town we came to really enjoy what it had to offer.   One tiny market, a nice library, a great pizza shop, home made ice cream parlour, a water sport rental store, a little railroad museum and a really really good (albeit tiny) Friday farmer's market. 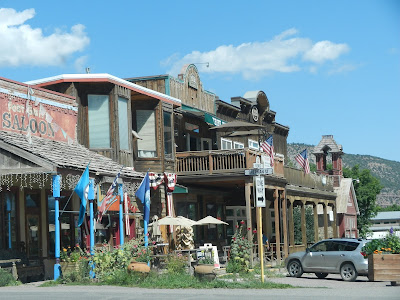 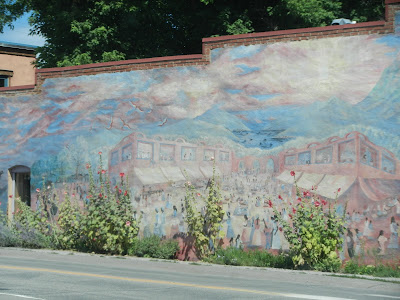 We found the people to be very friendly, relaxed with a great sense of humor! 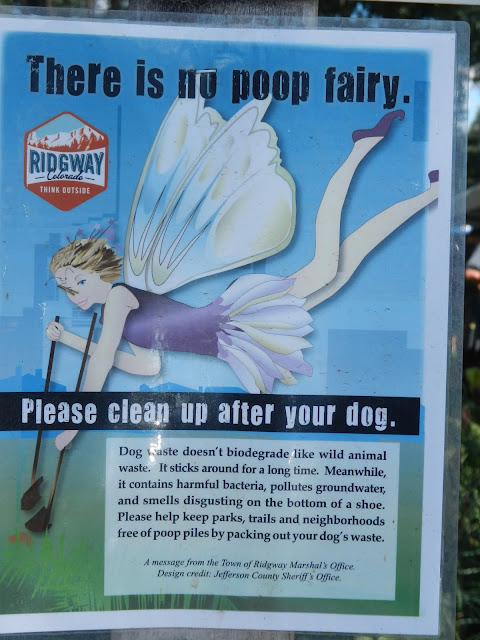 One day (actually a couple days) we traveled a few miles south, turned west on rt. 62 then sharply east on rt. 145 and at the end of the road was the historic ski town of Telluride.       We stopped for lunch along a rushing, clear river (don't ask which one, there are streams and rivers every way you turn and I can't begin to keep track of where one starts, which one merges with another, or where one changes direction).    We parked in a wide pull off, opened the tailgate and enjoyed our sandwiches and the spectacular Kouigns Amann fresh from the Ridgway Farmer's Market.   nom nom nom.....


The drive took us through more spectacular scenery - are you tired of seeing mountains and steep valley's yet? 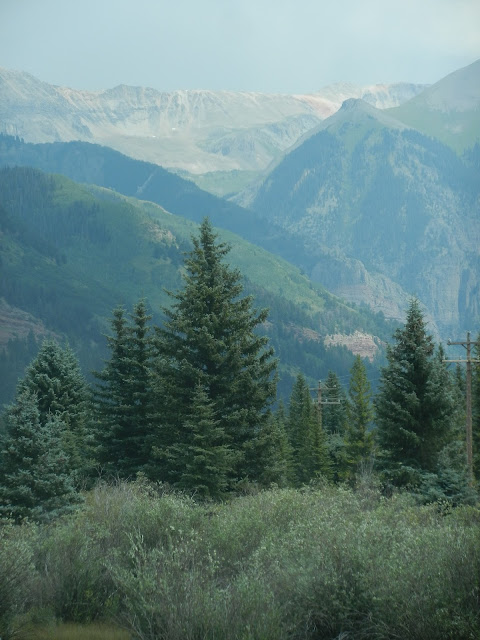 As we entered the outskirts of Telluride, we saw this sign and had to laugh at its accuracy and its bad spelling.    This town is definitely "pricy". 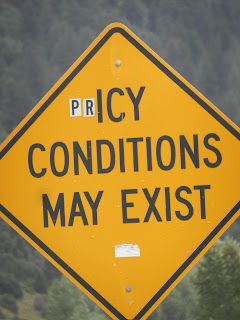 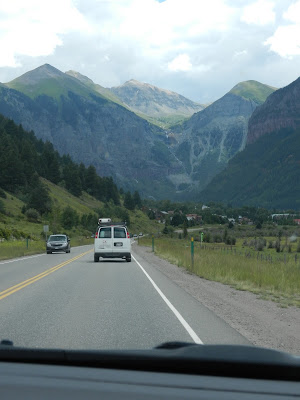 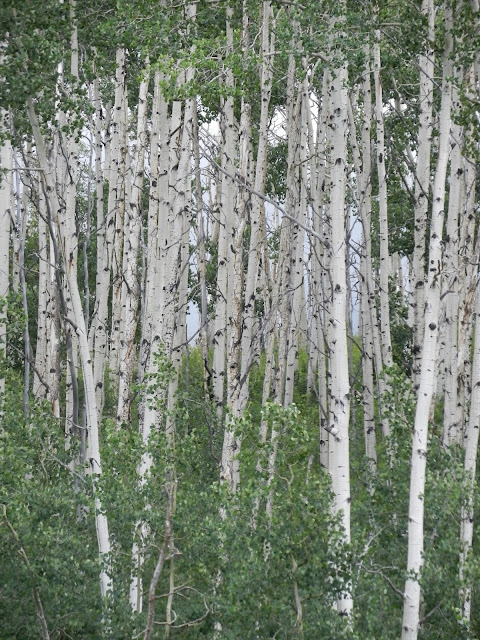 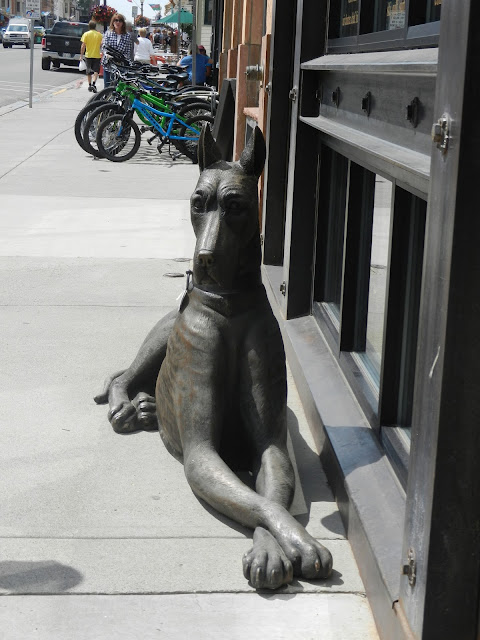 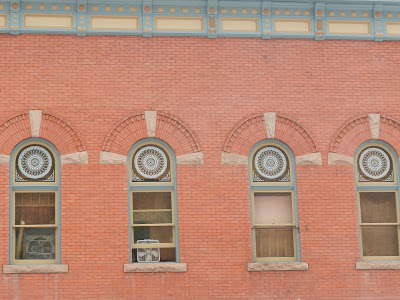 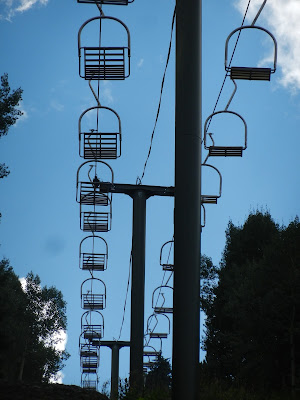 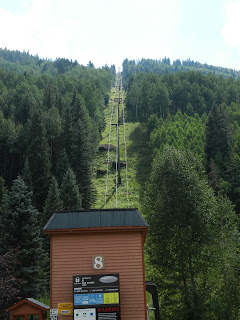 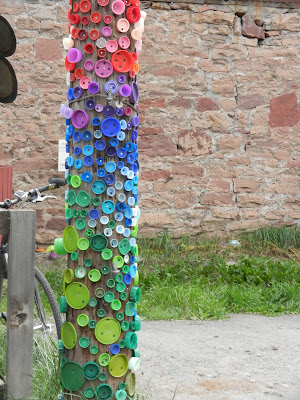 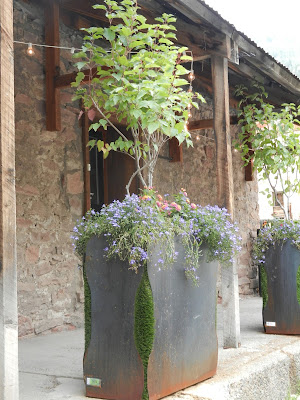 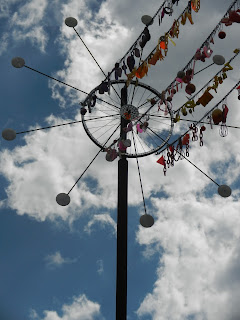 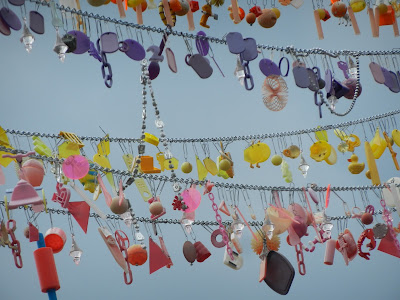 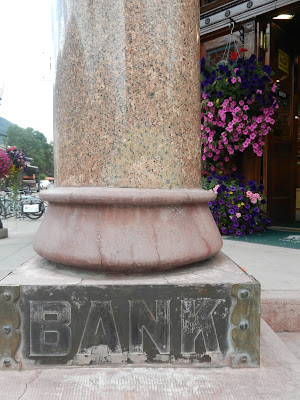 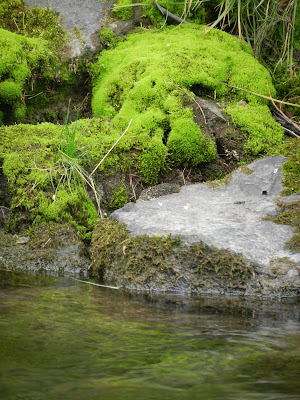 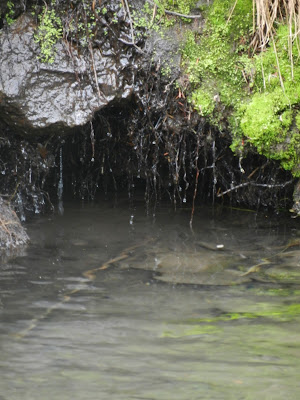 As we've come to expect here in Colorado on summer afternoons, the skies began to darken over the mountains.  We were sure we were in for a wet ride home. 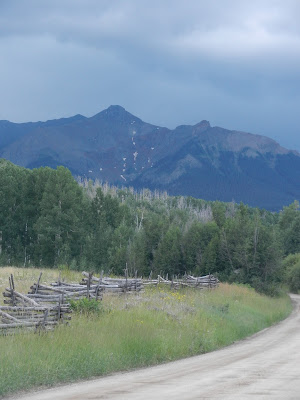 We were entertained by spiked flashes of cloud to cloud and cloud to ground lightning.   I wasn't lucky enough to catch any of them with the camera, but they were beautiful to see.    The light was magnificent....patches of brilliant sun and black sky over the mountains.    What a show mother nature gave us. 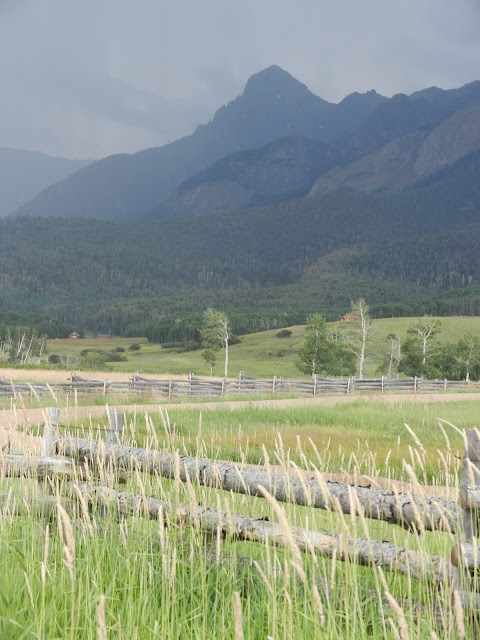 We never did get a downpour,  just a few enormous raindrops pelted the windshield and we had the feeling we could almost drive between them.   An odd phenomenon we've experienced here on more than one occasion. 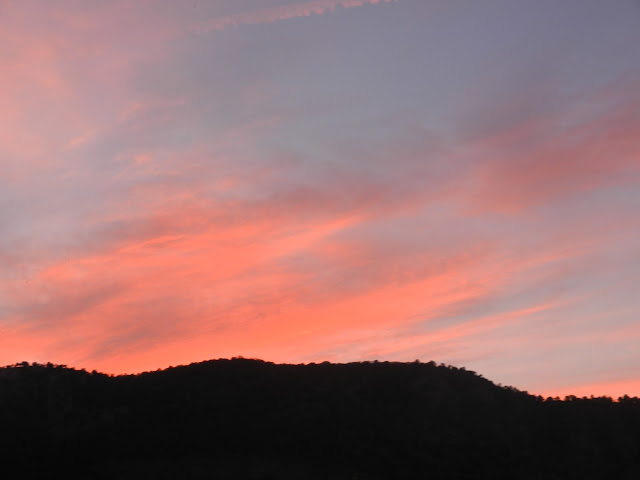 The day ended with a beautiful sunset over McKenzie Butte, right out Beluga's dining room windows.   How lucky are we?
Posted by Suzi at 11:02 PM