Our drive from James Robb State Park (Island Acres section) to Ridgway State Park  was less than 100 miles so we didn't have to race away early.   Thats the way we like it.

We hopped back on I-70 and headed west toward Grand Junction.   We passed through Palisade and marveled at the wide green valley bounded by high tan palisades.    It was very clear where the river was, the color differences were stark. 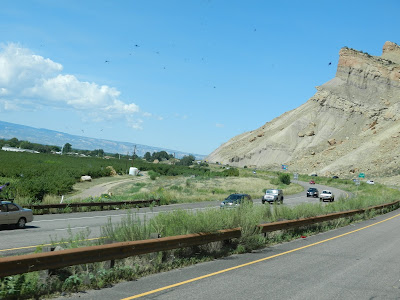 This area is known for its sweet, juicy peaches.   Palisades Peaches.   Of course we stopped to sample them and bought enough to keep us happy for our two weeks away from home.    Peach pie, peach cobbler, peach gallette and of course peaches on the morning oatmeal.    Mmmmm. 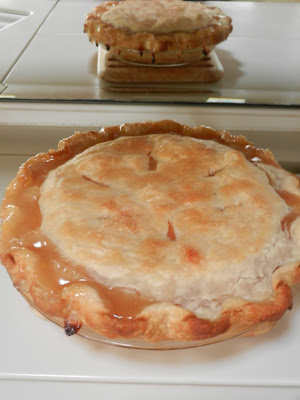 Baking these juicy treats made a holy mess of the oven but they were soooo worth it.    Luckily Mr. David's A-1 Appliance Cleaning Service has a branch in Ridgway so the oven looks brand new again.

We stopped for lunch at a large "point of interest" area alongside the highway next to a dirt road that eventually led down to the Gunnison River.  We had the place to ourselves.   We like it that way! 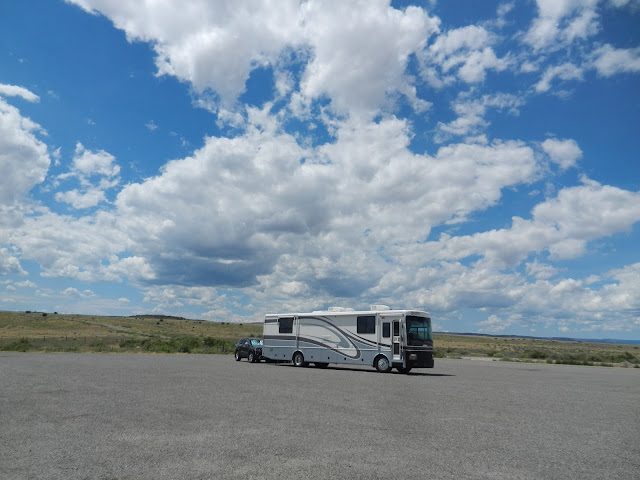 We arrived at Ridgway State Park, Pa Co Chu Puk Campground  (which is Ute for the more simple Cow Creek) which had full hook ups and nicely spaced open sites.   The Uncompahgre River runs along one side and there are two large fishing ponds near it.    The only bad thing (depending on your point of view) was that we had no internet, no cell coverage and no tv.   At first it seemed like it was going to be a long two weeks.    That didn't last long, we hardly noticed the lack of "connection" after just a day or two. 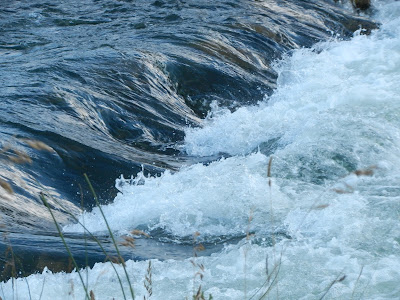 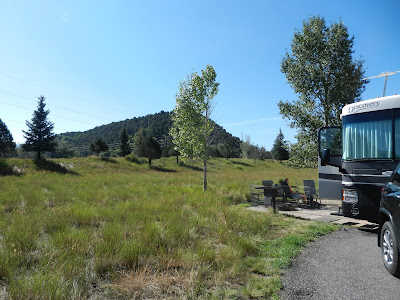 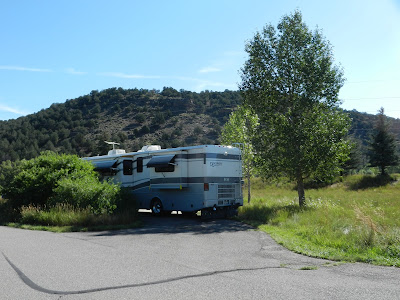 This State Park has three campgrounds, each one higher than the other.   Ours was the lowest, below the earthen dam at one end of the beautiful blue Ridgway Reservoir. 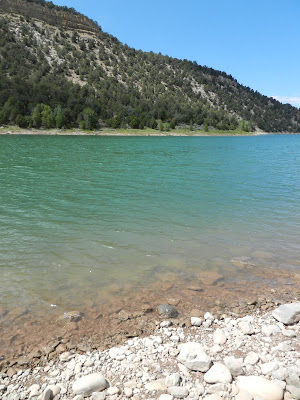 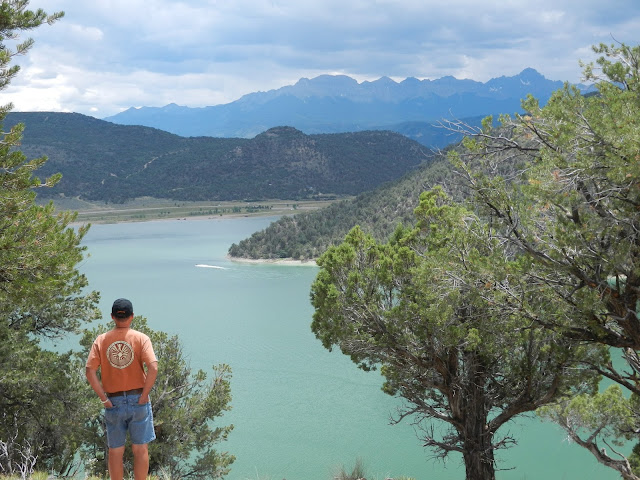 There is also a lovely stone pavilion alongside the river for weddings or other gatherings.   It has a very large grassy area next to it, a perfect place to play ball with you know who. 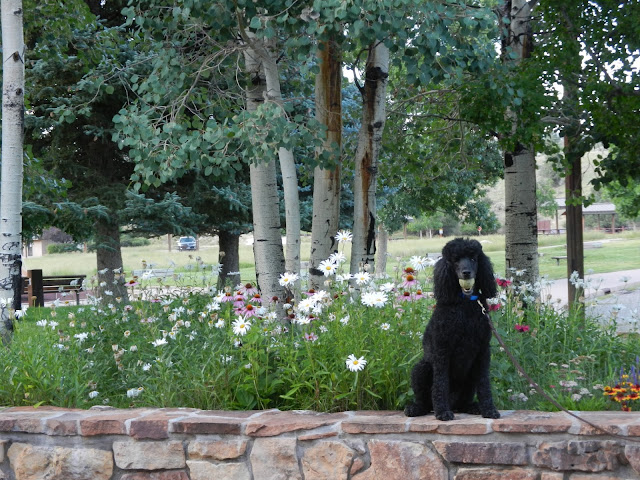 This was a wonderful place to call home for a couple weeks.   We'd have stayed longer if they'd let us!