We left the Florence Elks Lodge RV Park today.   This little Spotted Tohee came to say goodbye.    He has been deviling Dave with his near constant but very illusive singing.    Finally he showed himself just as we left.   Thank you little guy!

We're at Armitage County Park in Eugene, Oregon.   We've stayed here a number of times and we've always enjoyed our stays.   This time we have to move sites a couple of times to be able to stay as long as we want to but it's not really a problem.

Our internet seems good so I'll show you some highlights of our autohike up the Oregon coast, between Florence and Depoe Bay.   Perhaps I'll even remember where the pictures were taken!

We stopped for lunch near Cape Perpetua.   And oh what a "lunch with a view" we had.   I tried and tried to capture the view with my camera but I could only come up with one....its not very good but I decided it was good enough.   I was missing the moment while I was trying to capture it so I put the camera down and just watched.

We decided we'd drive up to Depoe Bay without stopping anywhere and then drive back home stopping wherever we wanted.   Best laid plans!   I couldn't help myself and we stopped here and there, willy nilly.   Organization is overrated.


At Smelt Sands State Park we watched the ocean slowly fill a small chasm until a huge wave forced it upward like the blowhole of a whale. 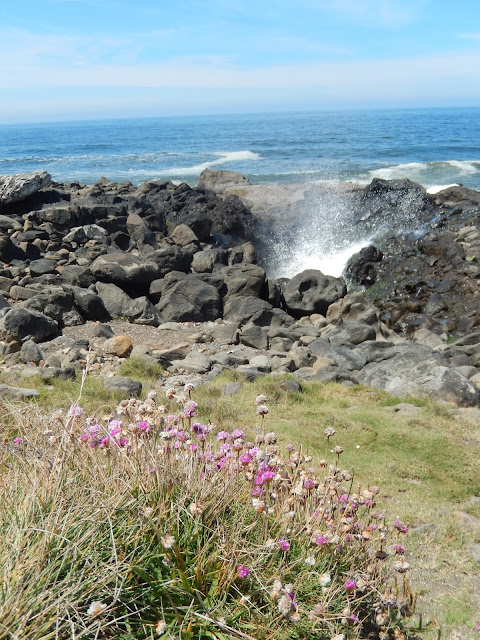 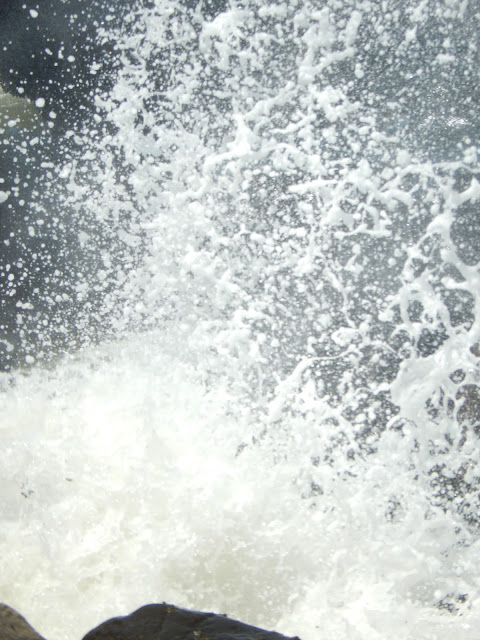 The sound of the concussion was like thunder and the spray shot high in the air before draining away quietly. 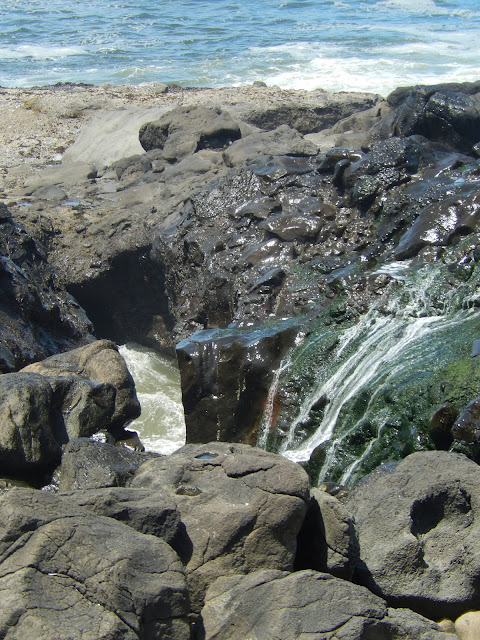 We drove over Alsea Bay and stopped at the north wayside to look for the seals we had seen there when we came through with Beluga last week. 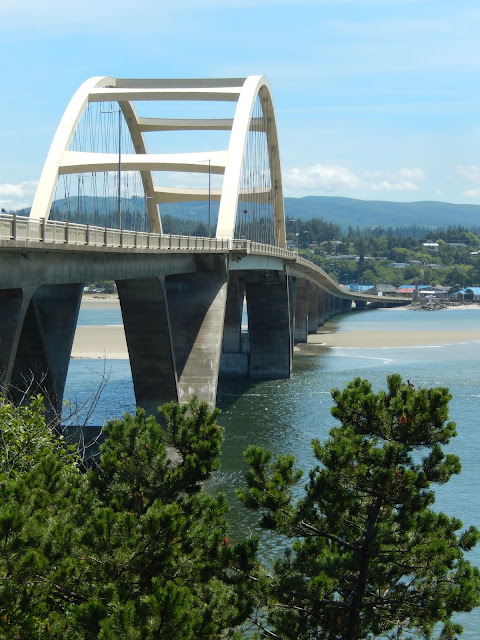 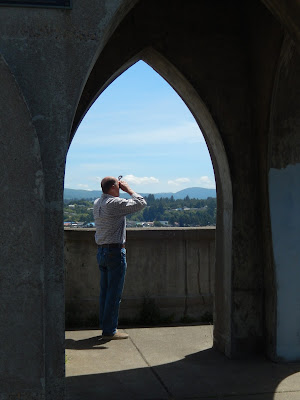 No seals today, I guess the tide was too high.   We did watch a flock of sea ducks dive and bob back to the surface with their treasures, Surf Scoters, I think. 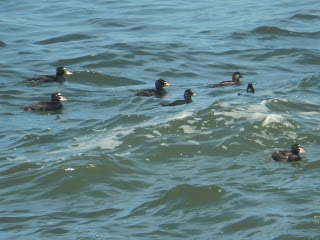 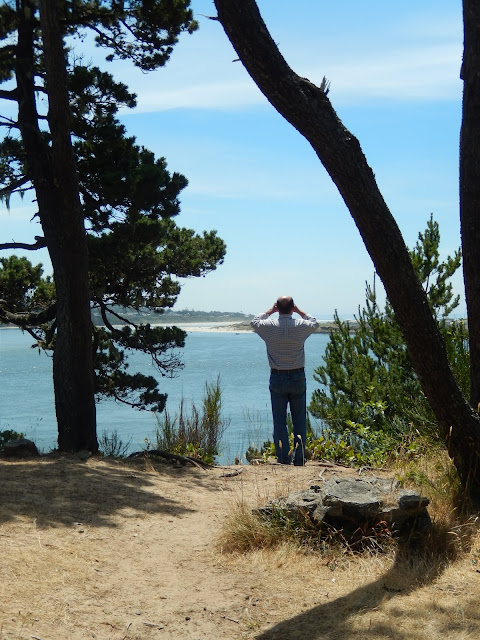 We drove through busy Newport and stopped to watch the whale watch boats in Depoe Bay.   They claim to have the smallest navigable harbor in the world AND to be the Whale watching capitol of the Oregon coast.   Big proclamations for such a tiny town.


We saw lots of boats circling in the same area just off shore, we assume they were harassing, I mean, viewing the resident pod of grey whales that make their home in the bay.


We walked along the small main drag enjoying the views out over the water but not the traffic and tourists lining the streets. 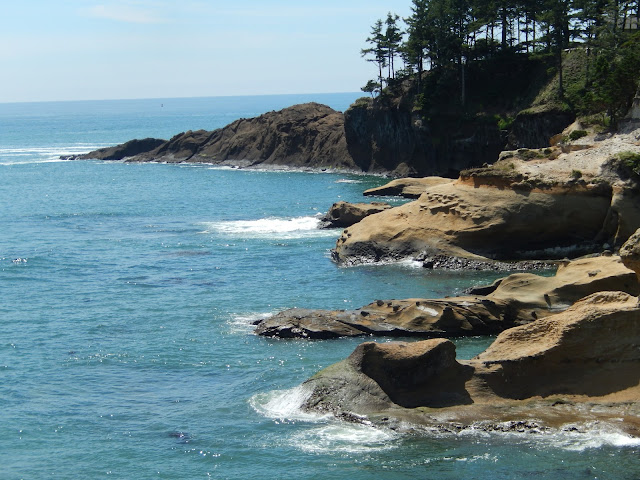 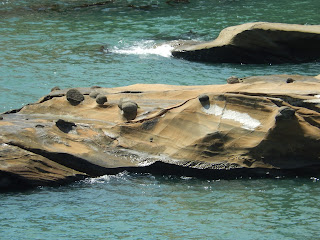 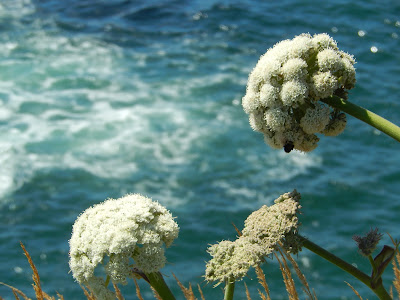 We stopped at Cape Foulweather and looked down at the sculpted headlands and Devil's Punchbowl. 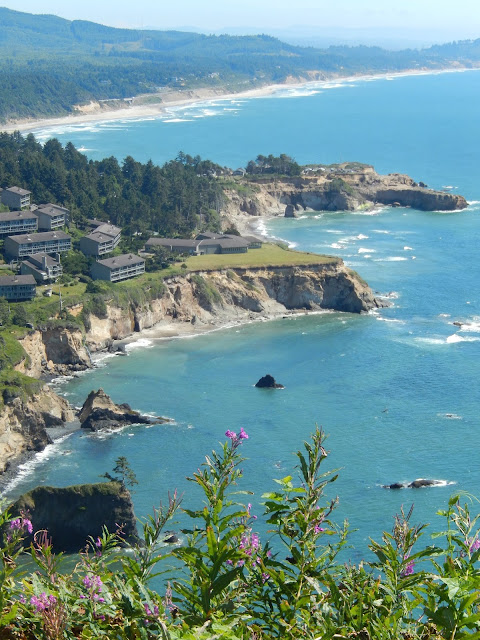 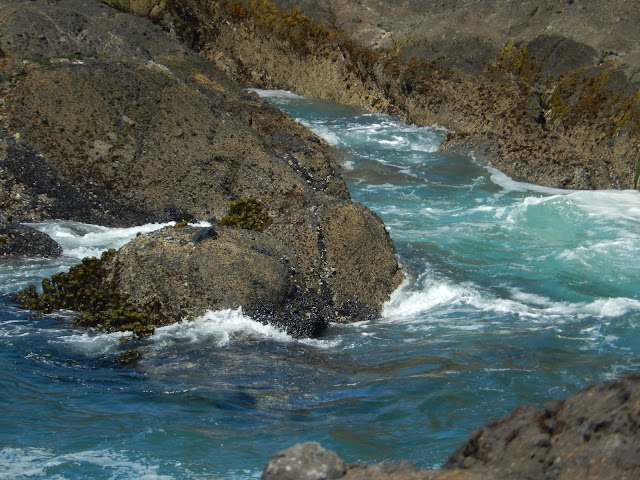 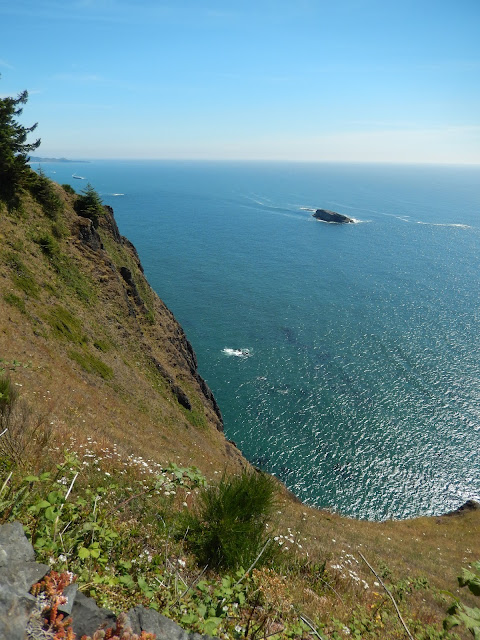 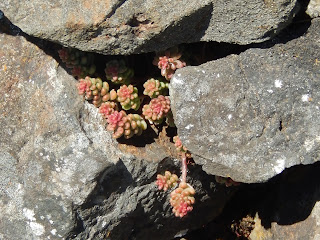 A beautiful butterfly kept following us around the edge of the walkway.   It finally settled down right at my feet.   I think it was an Oregon Swallowtail. 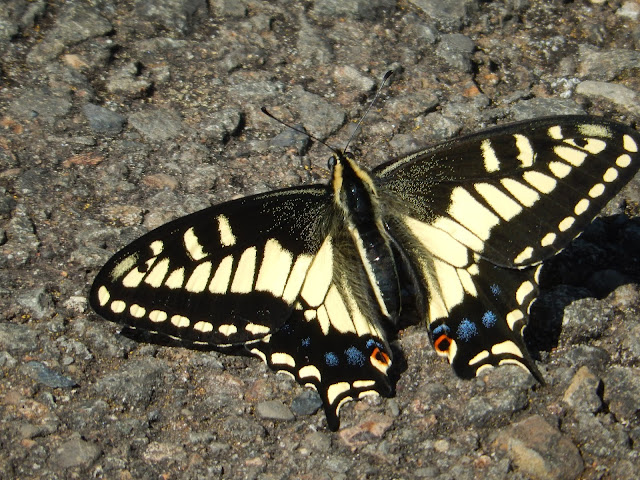 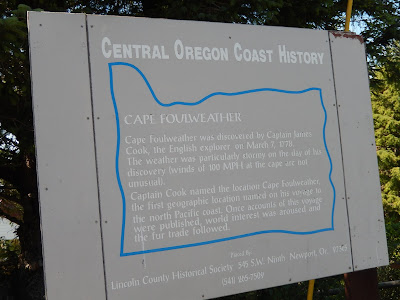 We finished our walk around Cape Foulweather (the winds can reach 100 mph up there!)  we drove down and around to see Devil's Punchbowl.   It is a large bowl naturally carved into a rock headland. 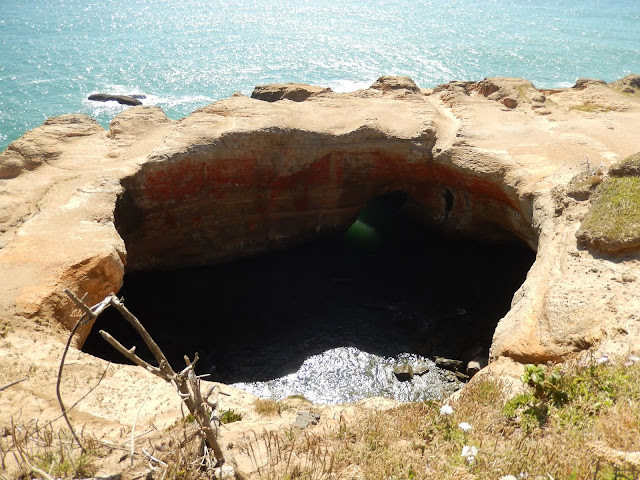 For me it was almost impossible to photograph this huge hole.  The day was very sunny and bright and the depth of the hole was dark with one small opening to the sea.    The water swirled around inside. 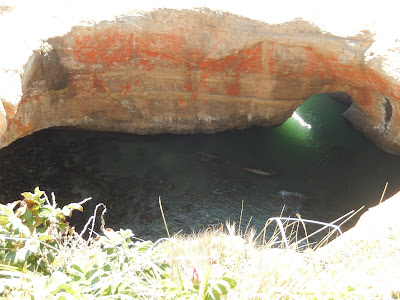 We continued south into the historic harbor front district of Newport.   We are suckers for boats and Newport's harbor was beginning to fill with fishermen returning with their catch.   We watched for awhile. 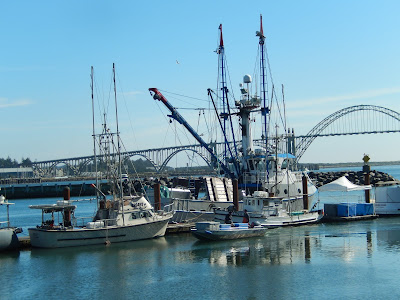 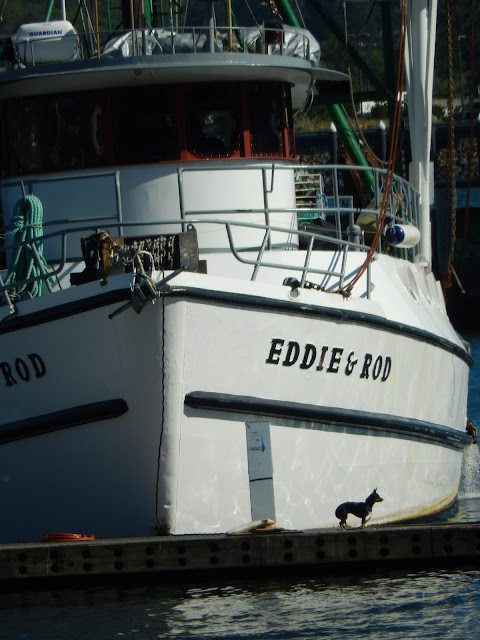 It was getting late by then so we decided to leave the rest of the coast for our next drive.


A few interesting views presented themselves on the way home.   I snapped them from the jeep.


I hope you aren't tired of seeing pictures of water because here's one more.  Don't ask me where it is...... 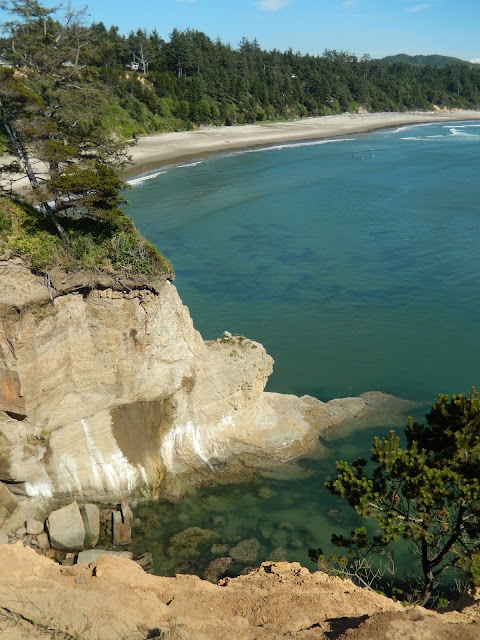