Yesterday was our last in Bluff and the weather was beautiful so we took lunch and set off to see if we could find something interesting on John's Canyon Rd.   John's Canyon Road is County Rd 244 on all our maps, but we saw no evidence of that number anywhere on the gravel road, from beginning to end.   If the Jeep's GPS didn't show that we were on John's Canyon Road, and we knew we wanted to end up in John's Canyon, we would have had no idea if we were in the right place.

We started off on the road to Goosenecks State Park but turned off onto the first dirt road to the right, heading directly at Cedar Mesa.  Cedar Mesa is the one we climbed using the Moki Dugway a few days ago.   Driving along the bottom sounded like something I'd like much better than climbing the steep side and driving on it's top. 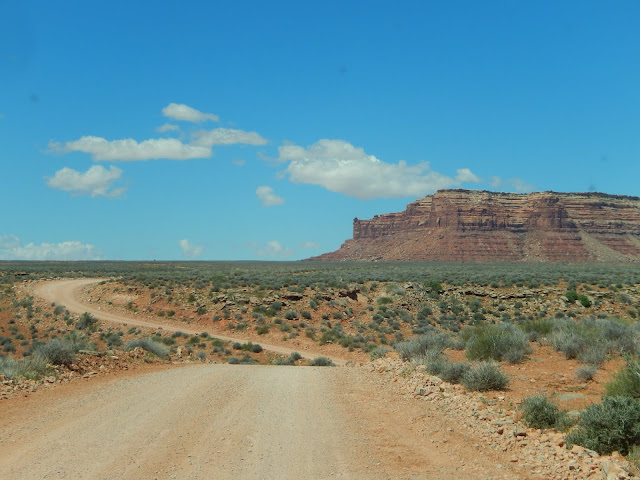 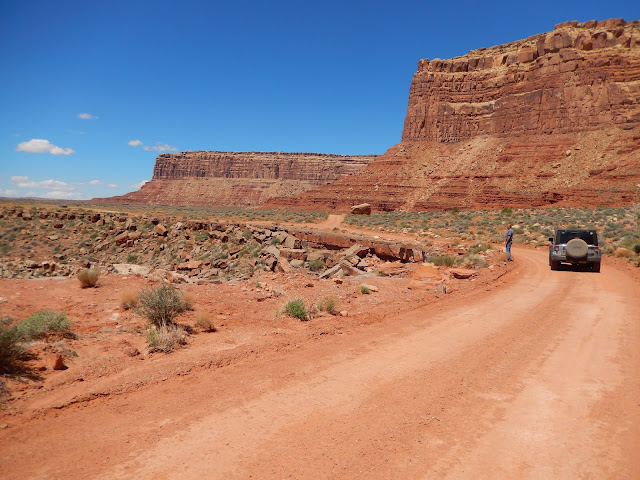 Of moderate concern to me was the fact that the San Juan River was also meandering along the same basic path to our left, but about 1000 feet below us. 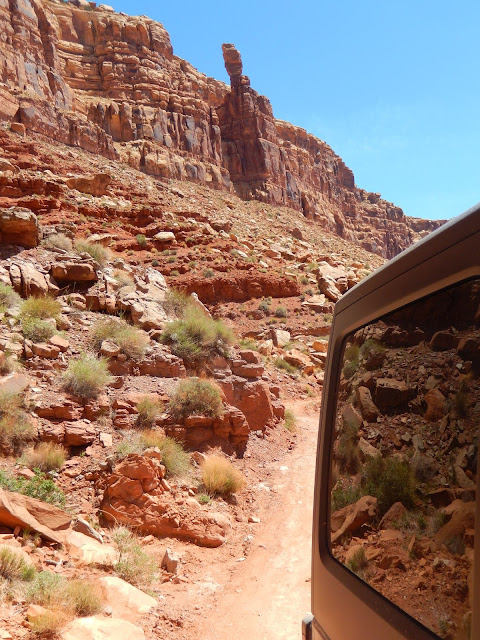 For about the first 5 miles we couldn't see the River and I had almost forgotten it was there.       It was easy driving and I was enjoying the huge boulders and formations that made up Cedar Mesa rising up beside us. 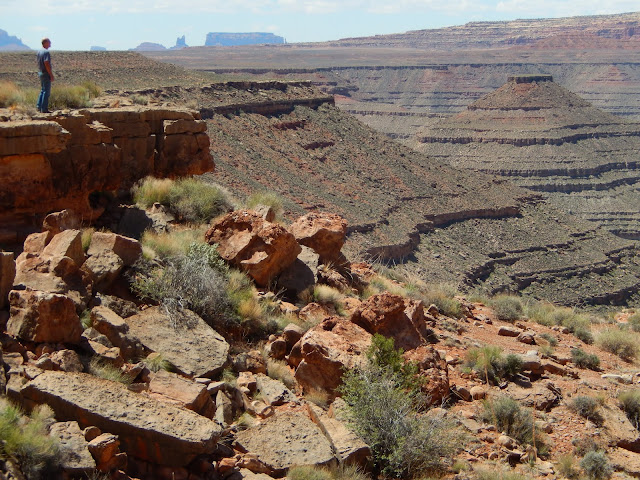 Soon we found ourselves being squeezed between the rocky sides of the Mesa and the ever increasing side canyons of the San Juan River.   We could see Monument Valley on the Horizon. 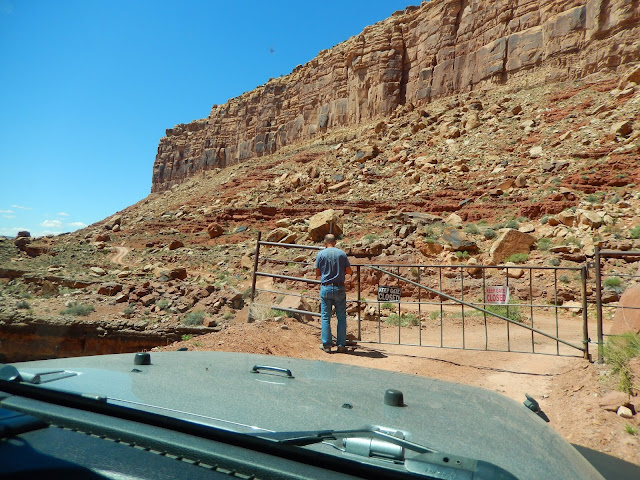 Twice we had to stop so Dave could open a gate, drive through and close it behind us.   Both of  those gates were at narrow spots in the road, Mesa and Meander. 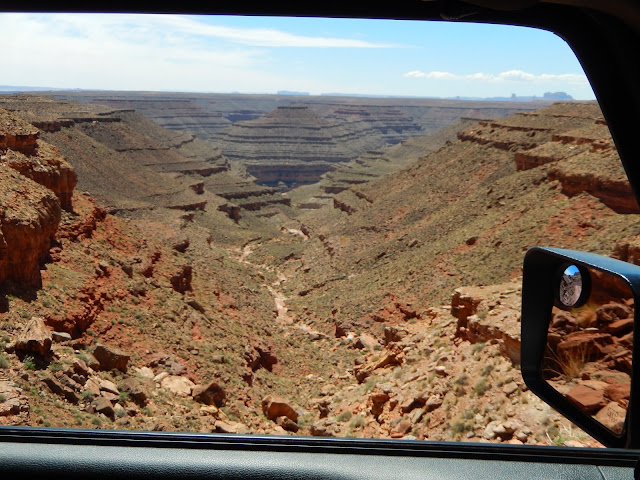 I couldn't get out and open them, as I normally would.   I was rooted in my seat, seat belt on. 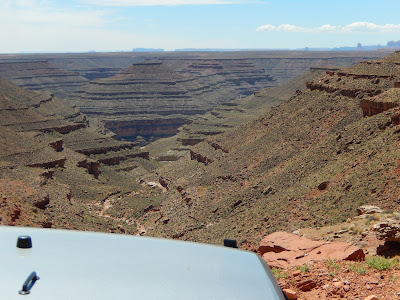 The road wasn't narrow and twisty the entire time.   There were places where it was wide open and I could breath normally and enjoy the scenery. 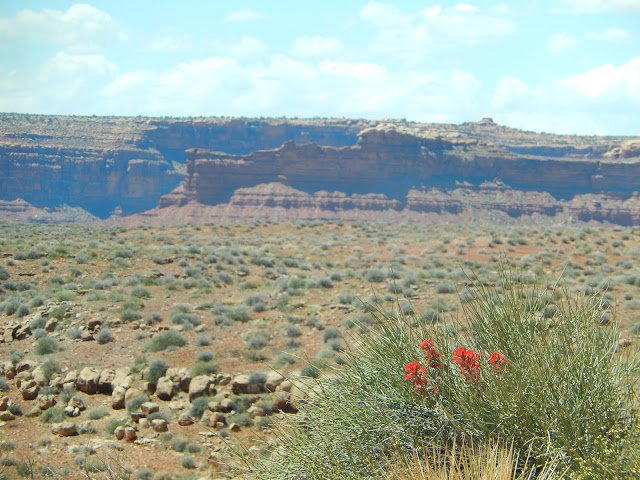 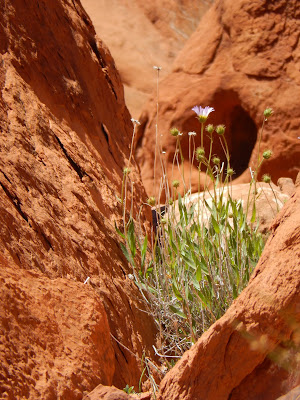 We spotted a panel of interesting Petroglyphs only about 100 feet off the road on a small rise.

I even forgot the River was twisting along beside us for awhile. 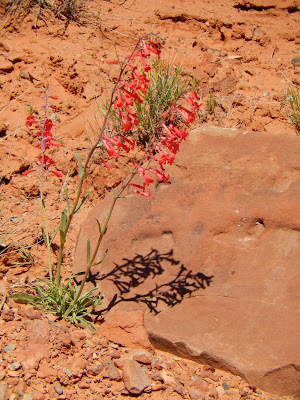 But.....it always showed up to remind me. 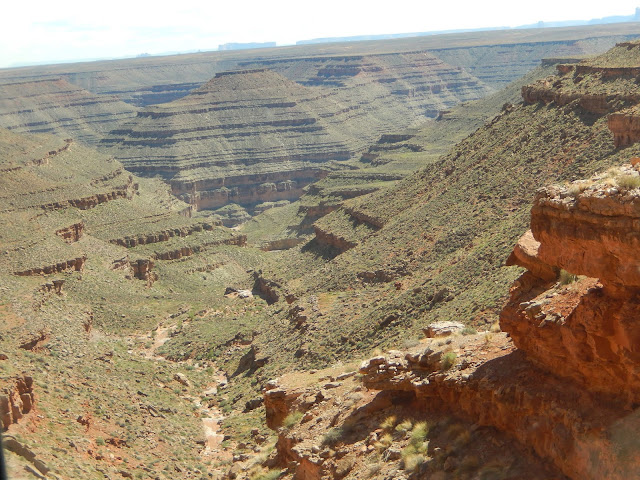 A few miles after the second gate our track turned away from the San Juan River gorge and followed a side canyon, John's Canyon, I think.    The scenery was much the same but our road didn't hug the precipice so I relaxed and watched for other Petroglyphs on the varnished boulders.     There were  more. 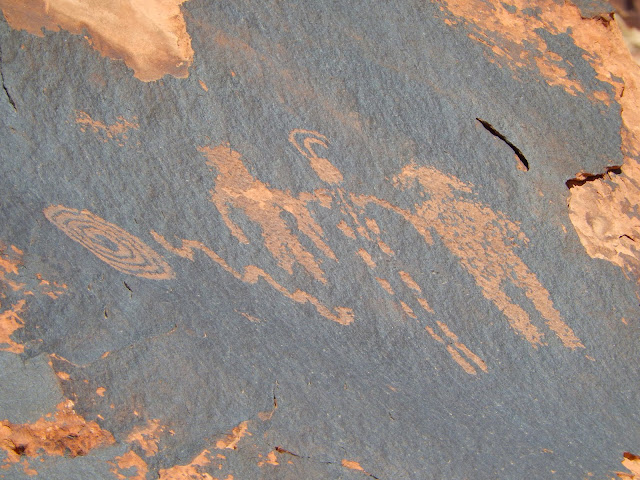 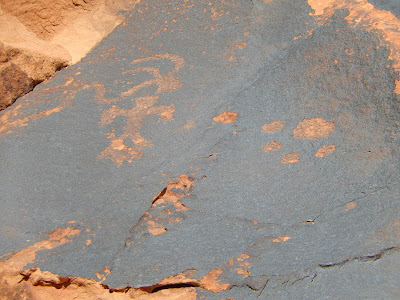 When we came to a flowing creek at the head of John's Canyon gorge we decided to have lunch in it's shade and then head back. 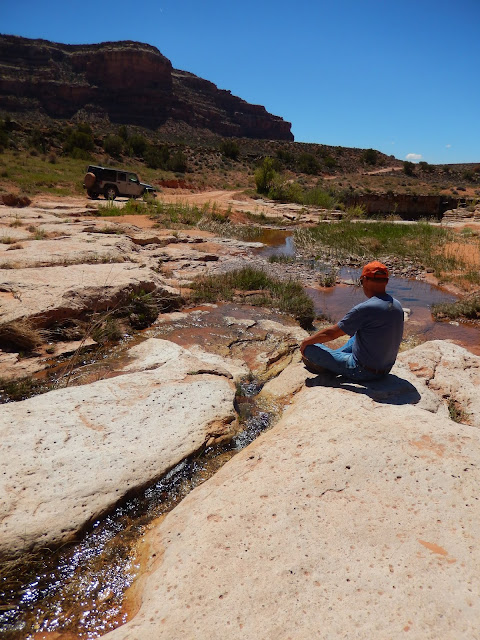 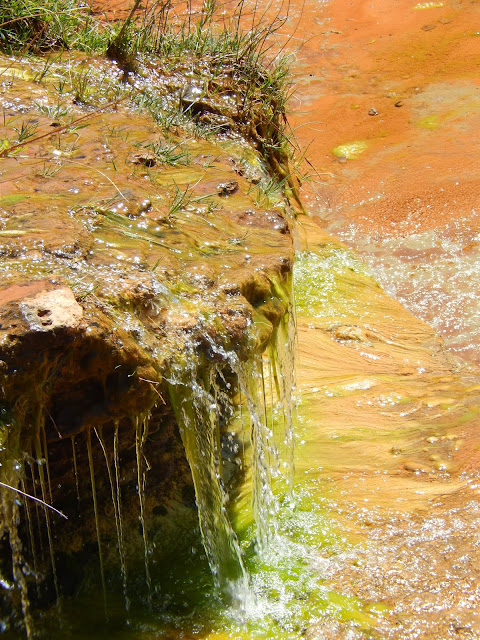