Today we broke our rule of not exploring on Saturdays.  We usually reserve the weekends for household duties and reading at our site.    Most people only have weekends to sight see and we don't want to get in their way.   But....we only have a few days left here and lots more I want to see.      I picked a spot that was not easy to reach and therefore I hoped it wouldn't be crowded.


Actually, the only other people we saw all day were a small group of cowboys (cowgirls? cowpeople? cowdogs?)  I don't know which is the correct word) branding and ear tagging this spring's calves. 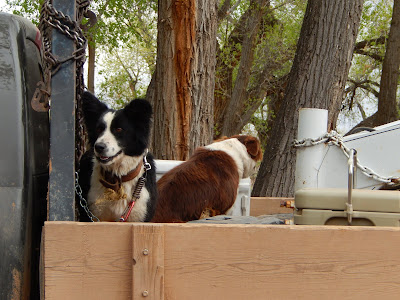 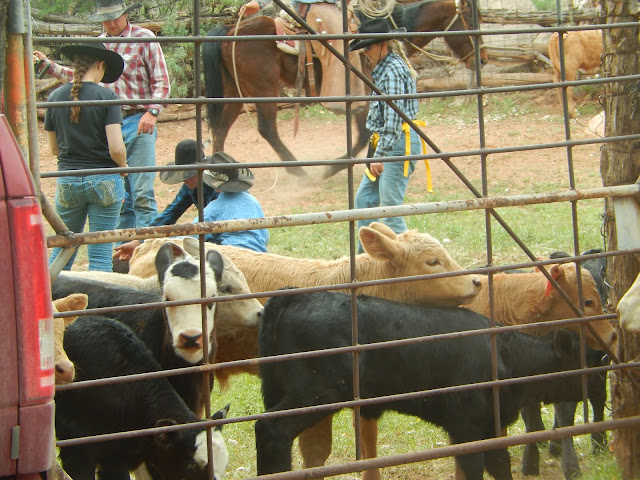 The calves clearly wanted out of the pen and their mamas were very unhappy to be separated and were milling and mooing everywhere.   It was hard to get them to move as we tried to drive past the spectacle and be on our way.


We were heading for Three Kiva Pueblo, a stabilized pueblo along Montezuma Creek south and east of Blanding, Utah.    We drove toward Hovenweep National Monument and then turned off onto gravel road 146 just past the abandoned Hatch Trading Post. 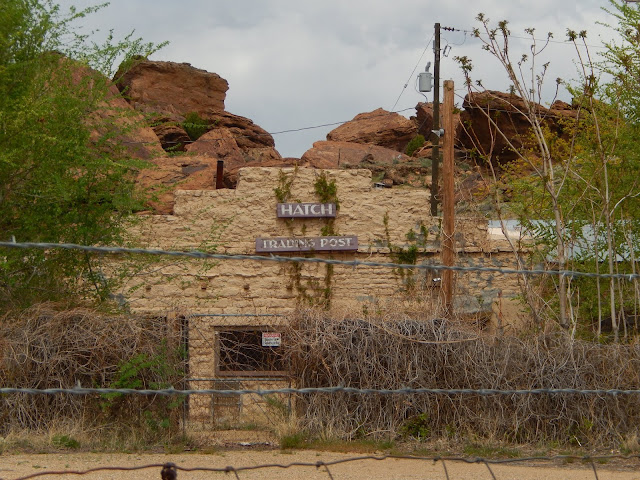 Our destination was about 16 miles down the road.     We drove alongside the fast running, silty Montezuma Creek most of the way, crossing it just once.   We saw no one on this Easter Saturday. 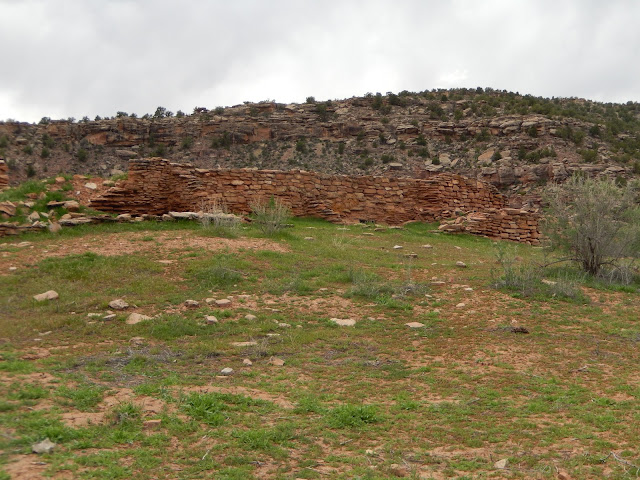 There it was, Three Kiva Pueblo, sitting silently on a small rise surrounded by bouldery cliffs and fronting Montezuma Creek. 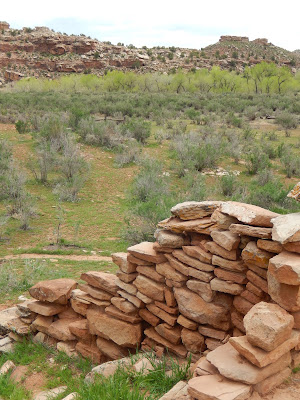 Even though it has been managed and stabilized by the Southwestern Utah's Wilderness Alliance, this place and it's solitary setting rose goosebumps on my arms.     The shadows of the ancients are long there. 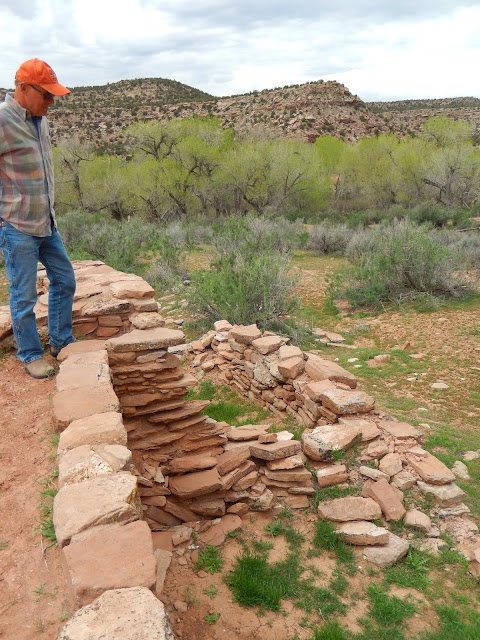 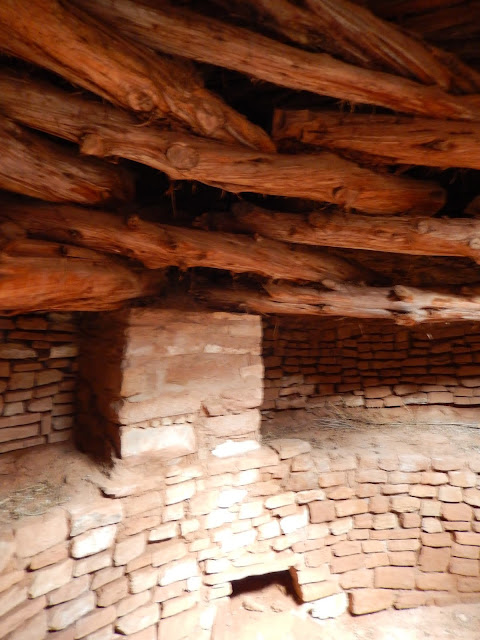 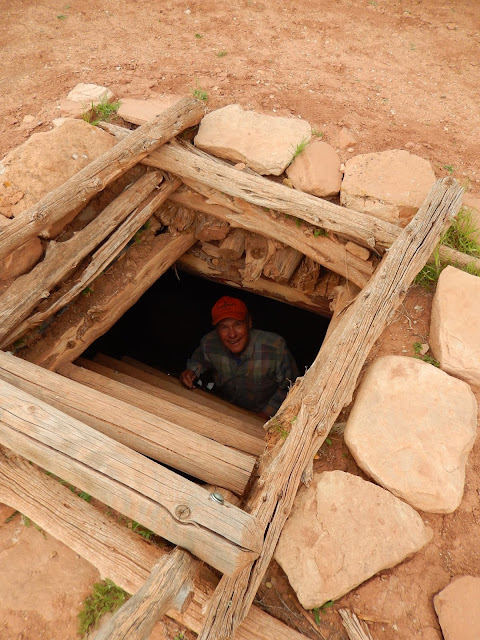 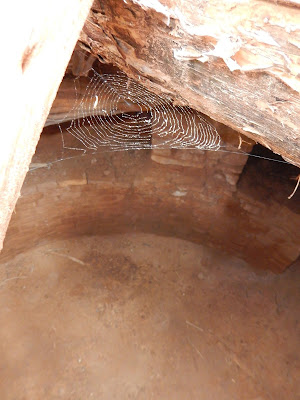 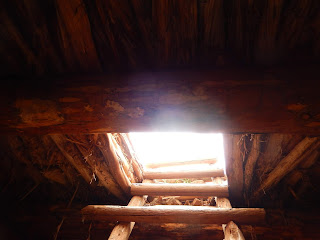 We drove a little further and then stopped for lunch beside a series of waterfalls in the Creek. 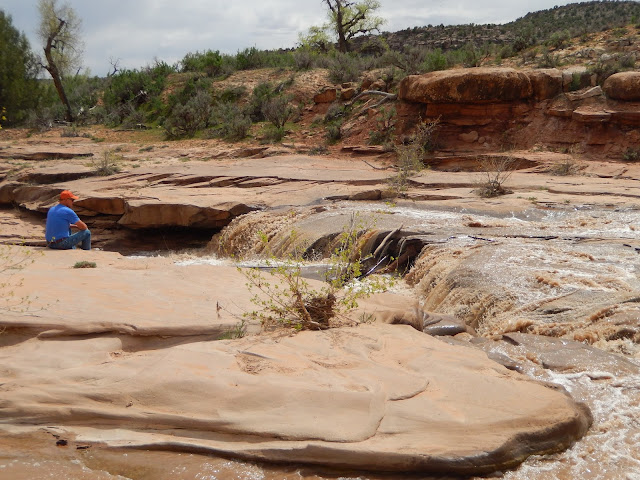 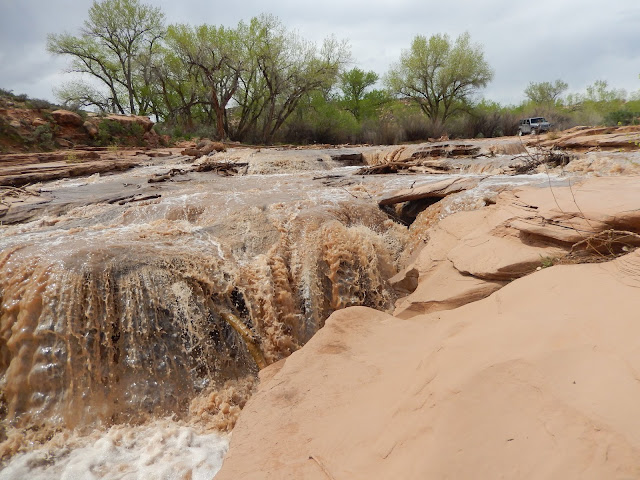 After a relaxing break we took a different route back.   Along the way we found some examples of ancient dwellings that were not protected as Three Kivas has been.

This area has so many prehistoric relics, some on private land, some on public land.     If they happen to fall within a protected area such as Bears Ears or Hovenweep National Monument they are saved for all to visit and learn about who came before.    If they are on public land and not cared for, they often fall prey to vandals or others who think it's fun to smash beer bottles and dismantle  walls that were built perhaps 1000 years ago.


As we neared Blanding, the rocky mesas we'd been driving on gave way to fertile, irrigated fields and we were back on rt. 191 again heading south to Beluga. 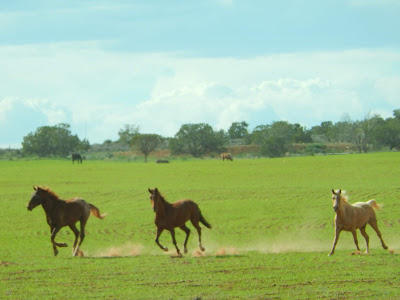 Tomorrow, Easter, we'll have breakfast at a nearby restaurant (blue corn pancakes, mmmmm) and then settle in for a quiet day at home.