One of the areas I most wanted to visit was White Pocket in southern Utah/northern Arizona (stolen picture below.....).  The long, off road drive to reach it is about halfway between Kanab and Page so I decided to wait until we were at Wahweap to go.    Bad decision. 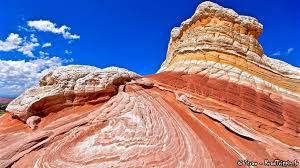 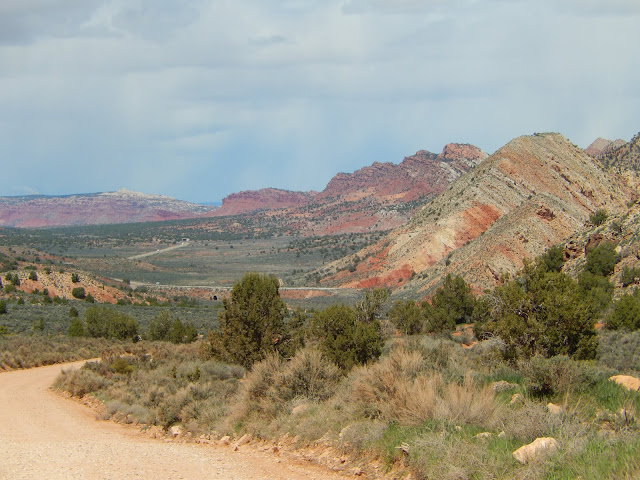 The scenery was beautiful, as we've come to expect in this part of the country. 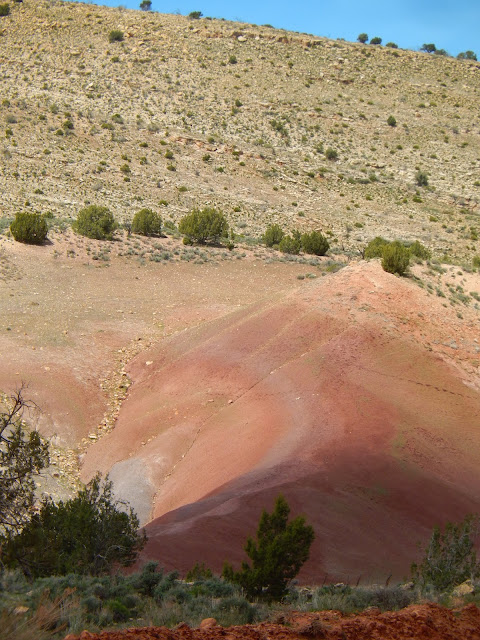 We passed several popular hiking trail heads, filled with cars and trucks.    We both were a little concerned as the blue sky we left at Wahweap was being dulled by some heavy looking clouds, directly in the direction of our travel. 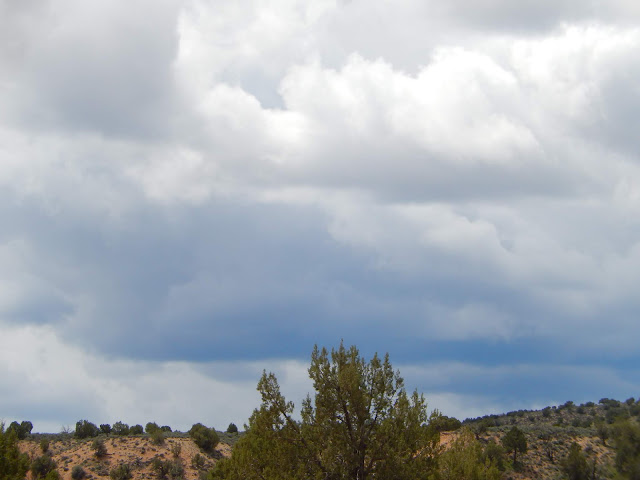 We knew we had 20+ miles on graded dirt before we turned off and went into deep sand for the last 10 ish miles.    These roads do not handle being wet.   By that I mean that they quickly become impassible in the rain.   Up until we crossed the state line into Arizona, the road had been fine, flat and recently bladed.   Once in Arizona, however, we ran into very deep ruts, making it difficult to drive.   The further we went, the deeper the ruts became.

This is what happens to a road when someone tries to drive through when it is wet.   These ruts have obviously been there for a long time and were very deep.

Common sense ruled.   Plenty of miles still to drive + difficult road conditions + imminent rain = time to turn around and save White Pocket for another day.   We were both disappointed but decided that there are plenty of places to explore that would at least have better road conditions so we headed back House Rock Road to Rt. 89 and home.

Along the way, however, we decided to see where the other end of Cottonwood Canyon Rd.would take us.  We turned right off Rt. 89, passed over a cattle guard and were off to parts unknown.   It was a relatively straight forward, easy sand road for about 5 miles.   We turned right at a faint intersection and continued along in the same kind of scenery.   We were on a high plain so no dramatic rock formations until the road abruptly ended at a high overlook. 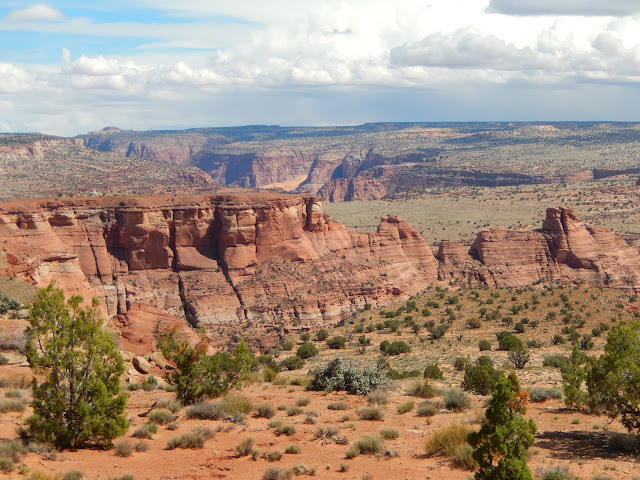 We could see forever!   After consulting our Benchmark map it was determined that the deep, dark crack in the earth far below us was the Paria River Canyon.    The little, silty Paria River..... 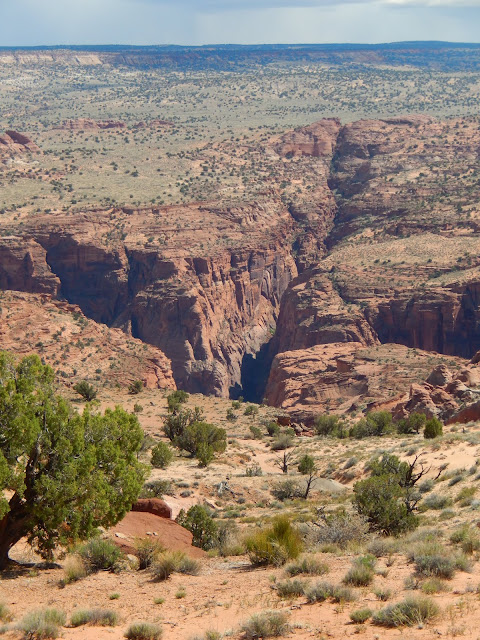 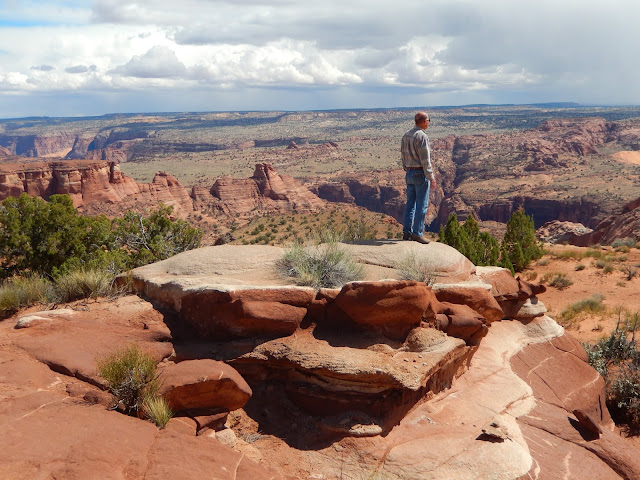 We hung around for awhile, awed by the enormous views in front of us and happy to notice the little things at our feet. 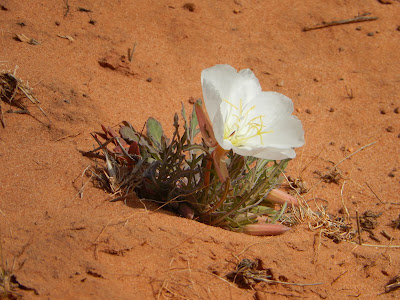 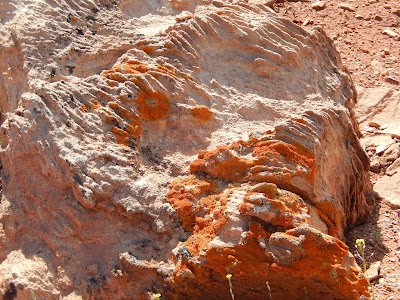 We kept an eye on the sky, however.    While the road we had driven in on was basically a good one, we were miles from anywhere and didn't want to get caught out there in a thunderstorm.   Time to go. 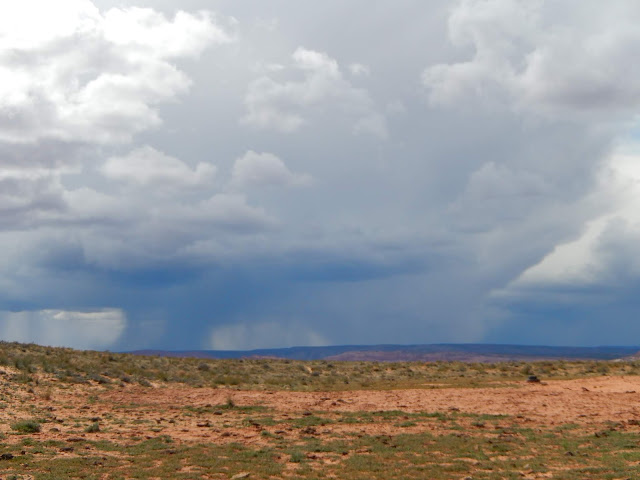 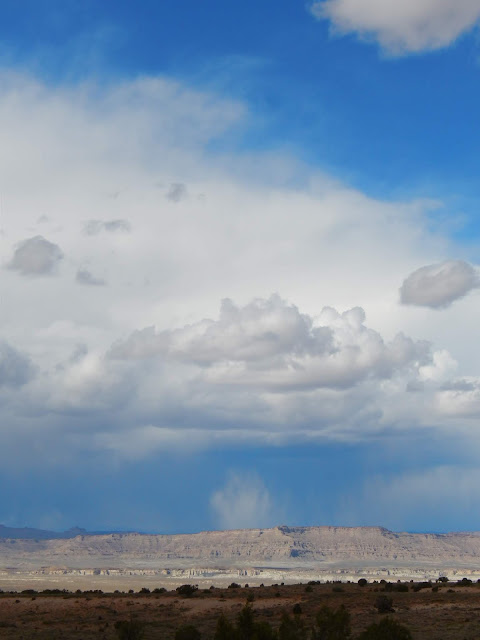 Even though we didn't make it to our destination, we surely enjoyed the day's journey.


Tonight we're in Bluff, Utah.   The drive here took us through magnificent Monument Valley and in many places, the roads were lined with purple. 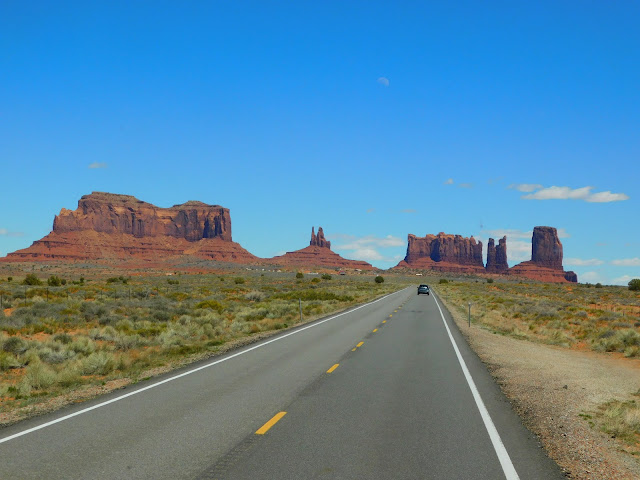 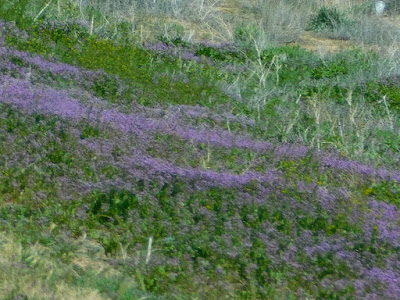 We arrived this afternoon and Dave settled down to watch the Master's golf tournament, to be continued tomorrow.     We had a yummy dinner (Mmmm, Navajo Fry Bread)  at nearby Twin Rocks Cafe  and are now guiltily (is that a word?) enjoying watching television again.