The weather has been unsettled, especially in the evenings.    Beautifully colored clouds give way to thunderstorms and furious showers, then rainbows. 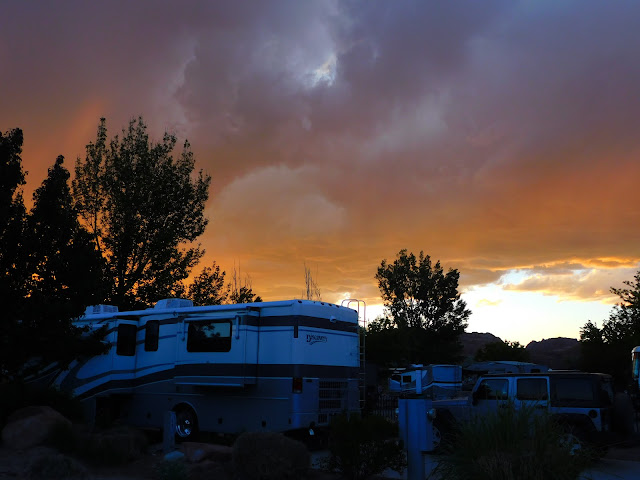 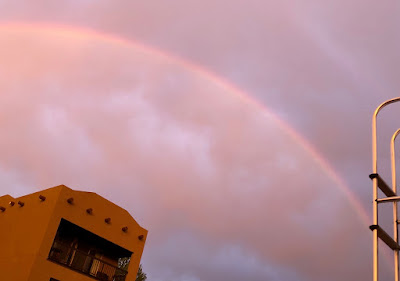 Lewis has become thunder phobic, a fancy way of saying he panics, blind, shaking panic, when he hears thunder.    Last night, after a particularly loud boom, he jammed himself under Beluga's steering wheel and got stuck.    After some cajoling and yanking,  he "decided" that it would be safe enough under my computer table. 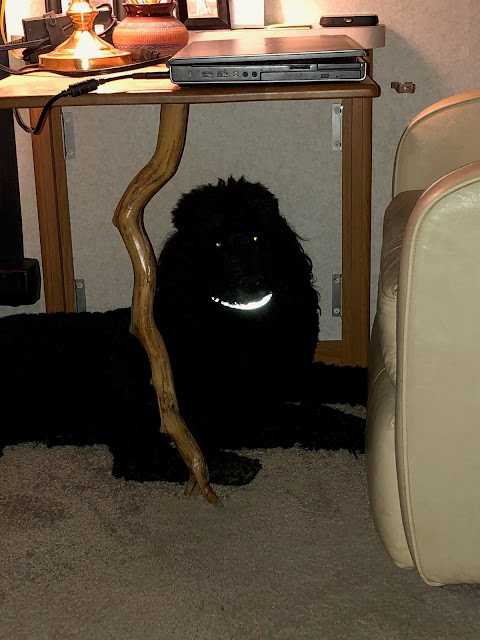 Since today's forecast included the possibility of rain and THUNDER we decided to scrap our original plans to leave Lewis home alone and go off roading with Gay and Joe.   The new plan was to take Lewis along on a nice, tame ride around the LaSal mountains loop.   The entire road is paved and we hoped it would provide some dry opportunities for Lew to get out and blow off a little tension.

We stopped at Sweet Cravings for a couple slices of their addictive orange bread on our way.....one needs to be fortified for a long drive.

The parking lot was full, as it often is.   We pulled in next to the grey haired gentleman above.   His eyes never left the windshield, he was laser focused and we were an annoyance.   Dave spoke to him through the open windows, trying to get a reaction.   He flicked one ear, ever so slightly to indicate that he heard but he had a job and he was doing it......    Don't you just love dogs?


It was wet and grey and windy, with a fair amount of snow, but the views were outstanding.   We pulled off the road and back into a small, empty campground to eat our lunch.    We chose a spot surrounded by silvery Aspens.     They were still in their bare, winter stage but were beautiful in their simplicity and silence. 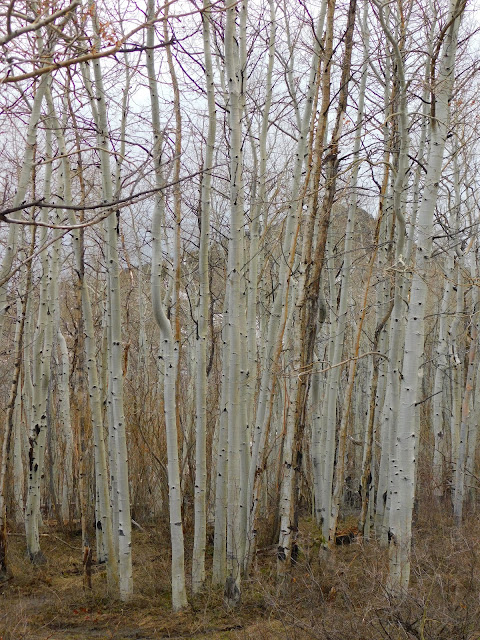 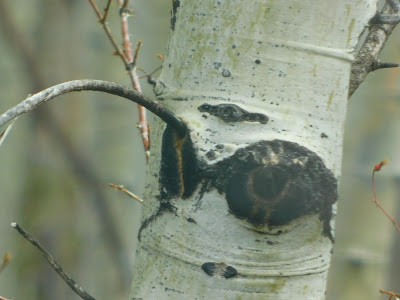 I didn't take many pictures, just enjoyed the journey. 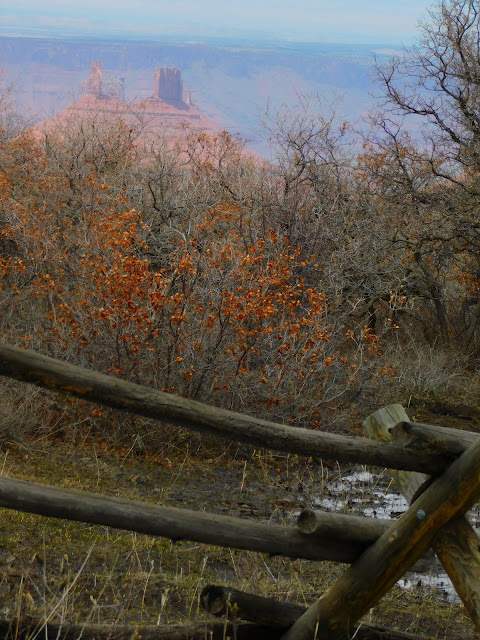 We saw no flowers at the heights, things were just beginning to awaken. 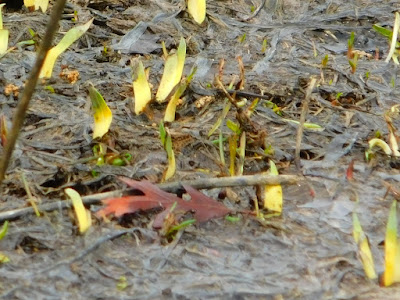 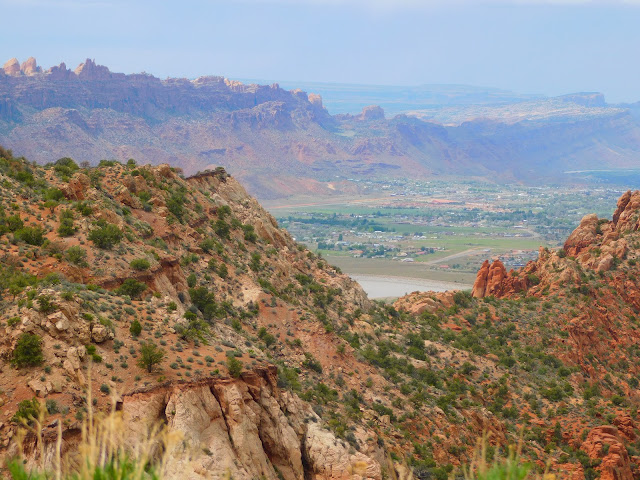 As we descended, we began to see more flowers and signs of spring.   We stopped along the Pack Creek to enjoy a nice walk together. 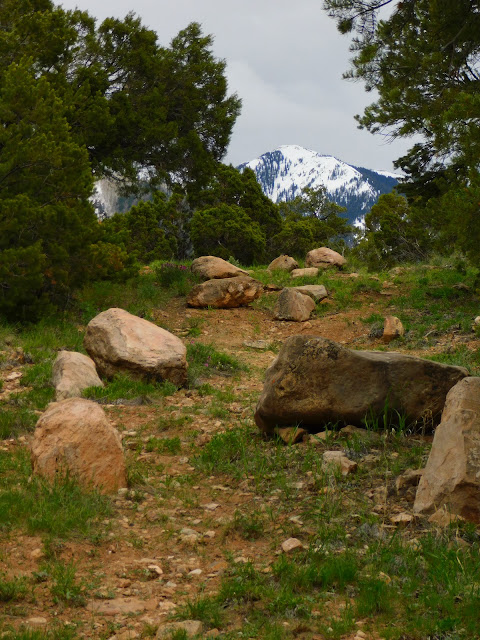 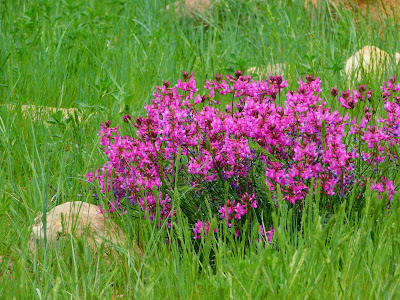 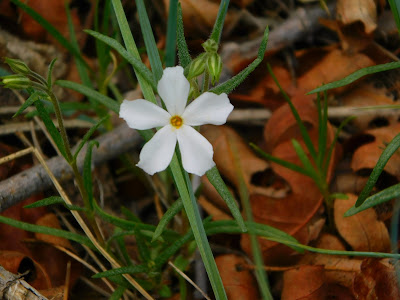 We all had a nice day and made it home before the rain set in.    It hasn't started to thunder yet, but Lewis has taken up residence under the table in preparation.   He asked that I don't photograph him there again, it's embarrassing.

We were originally scheduled to leave here in the morning but we've extended our stay by one day to try and avoid driving into the Colorado mountains on a rainy, windy day.    Keep your finger's crossed that Wednesday will be kind to us.
Posted by Suzi at 10:13 PM