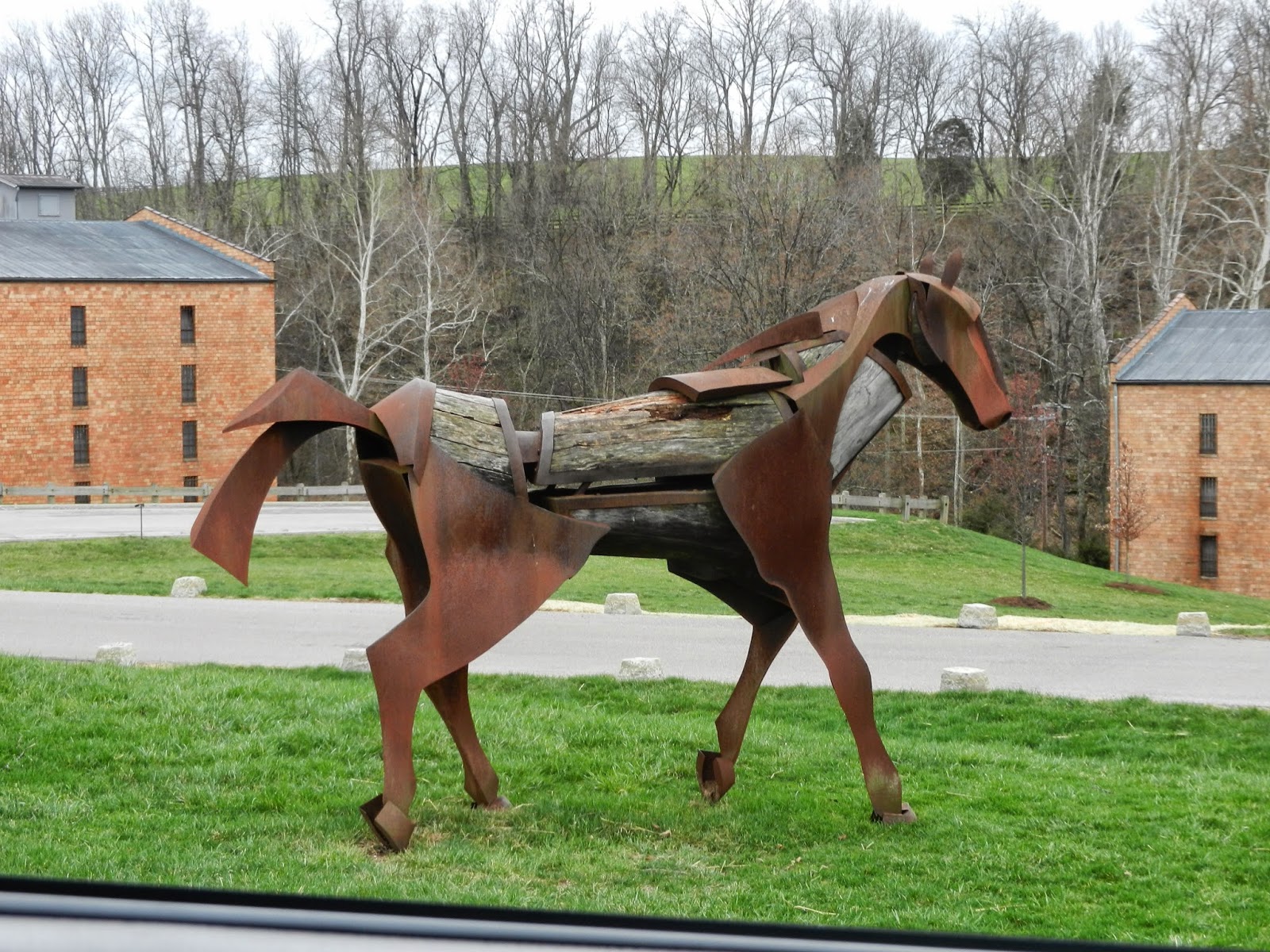 Yesterday the four of us headed to Versailles, Kentucky for a tour of the Woodford Reserve Distillery.   It is the oldest and smallest working bourbon distillery in the nation and a National Historic Landmark.   Its Reserve Select Bourbon is the official bourbon of the Kentucky Derby.
Woodford Reserve makes only two types of Bourbon, Reserve Select and Double Oaked.

First.....we stopped for lunch at a little local cafe, Wallace Station Deli and Bakery not far from the Distillery.   I had a wonderful country ham and pimento cheese panini.    I tell you this for two reasons.   The first is that I've always wanted to taste the south's ubiquitous pimento cheese sandwich, and second because I'm evidently the only person in Kentucky who doesn't know the difference between city ham and country ham.....do you?     The clerk rocked back on his heels in mock horror when he discovered I didn't know the difference.    He took me to the prep area, told all the workers there, in a loud voice, that "this lady doesn't know the difference between city ham and country ham!"     They offered me a taste of both and I quickly figured out that I was to order the country ham.     It was good, they were right.

So, back to the bourbon.  We were lucky to arrive just as a tour was getting ready to start so we didn't have too much time to become tempted by the gift shops offerings.  We were handed an amplifier and ear buds on a lanyard and we boarded a tiny bus for the short drive down to the distillery buildings. 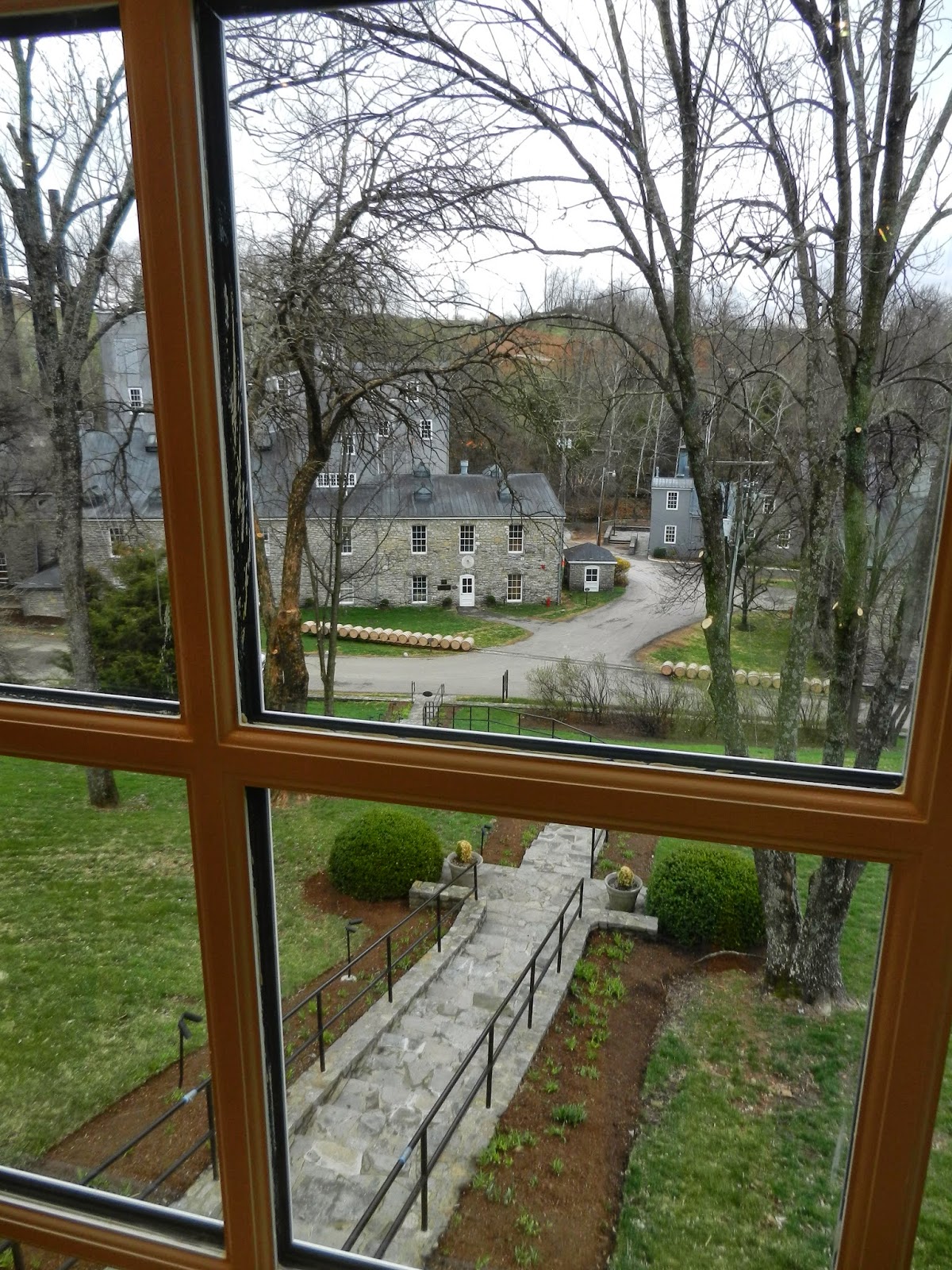 The buildings are a beautiful combination of Kentucky Limestone and old red brick. 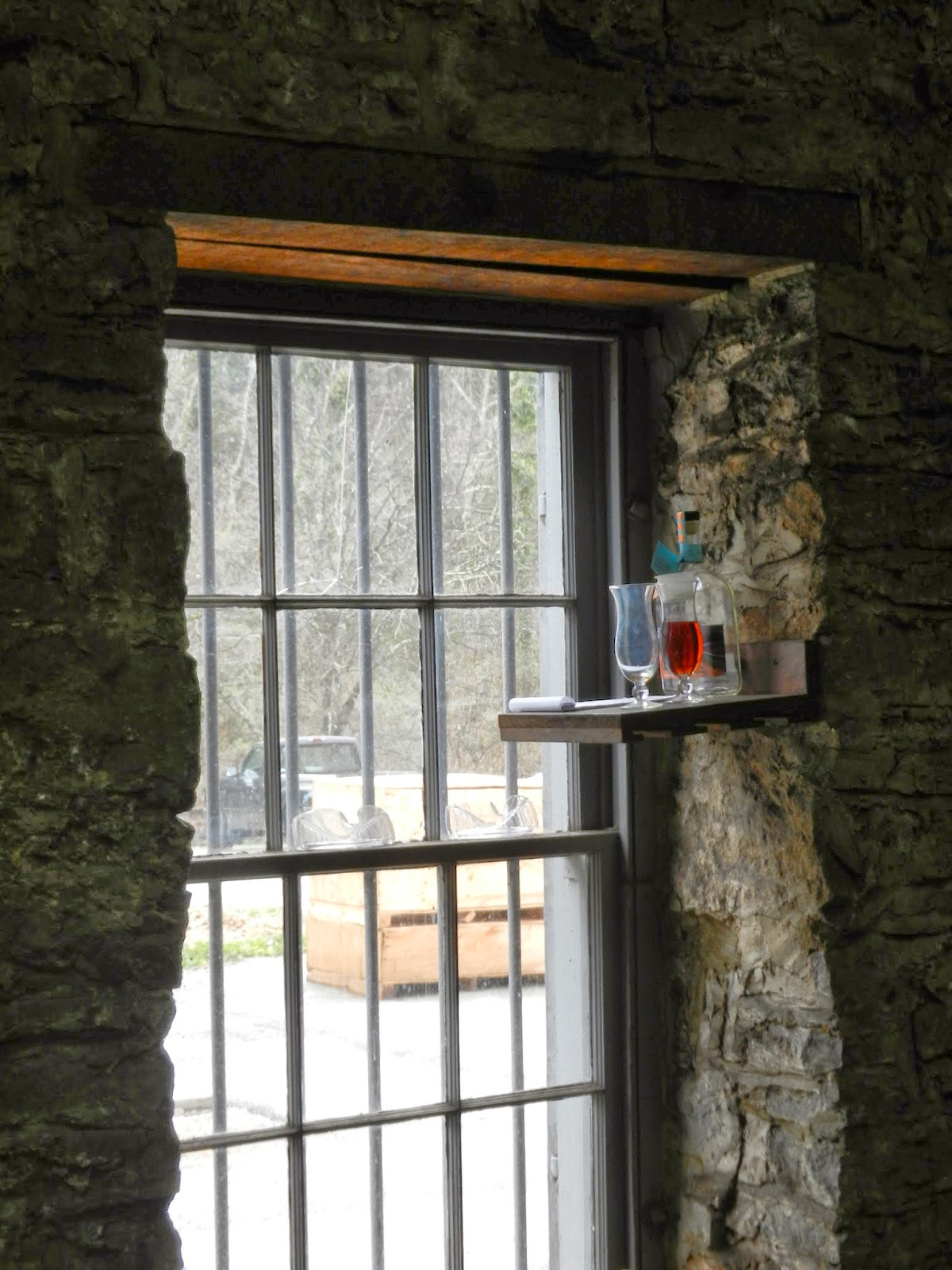 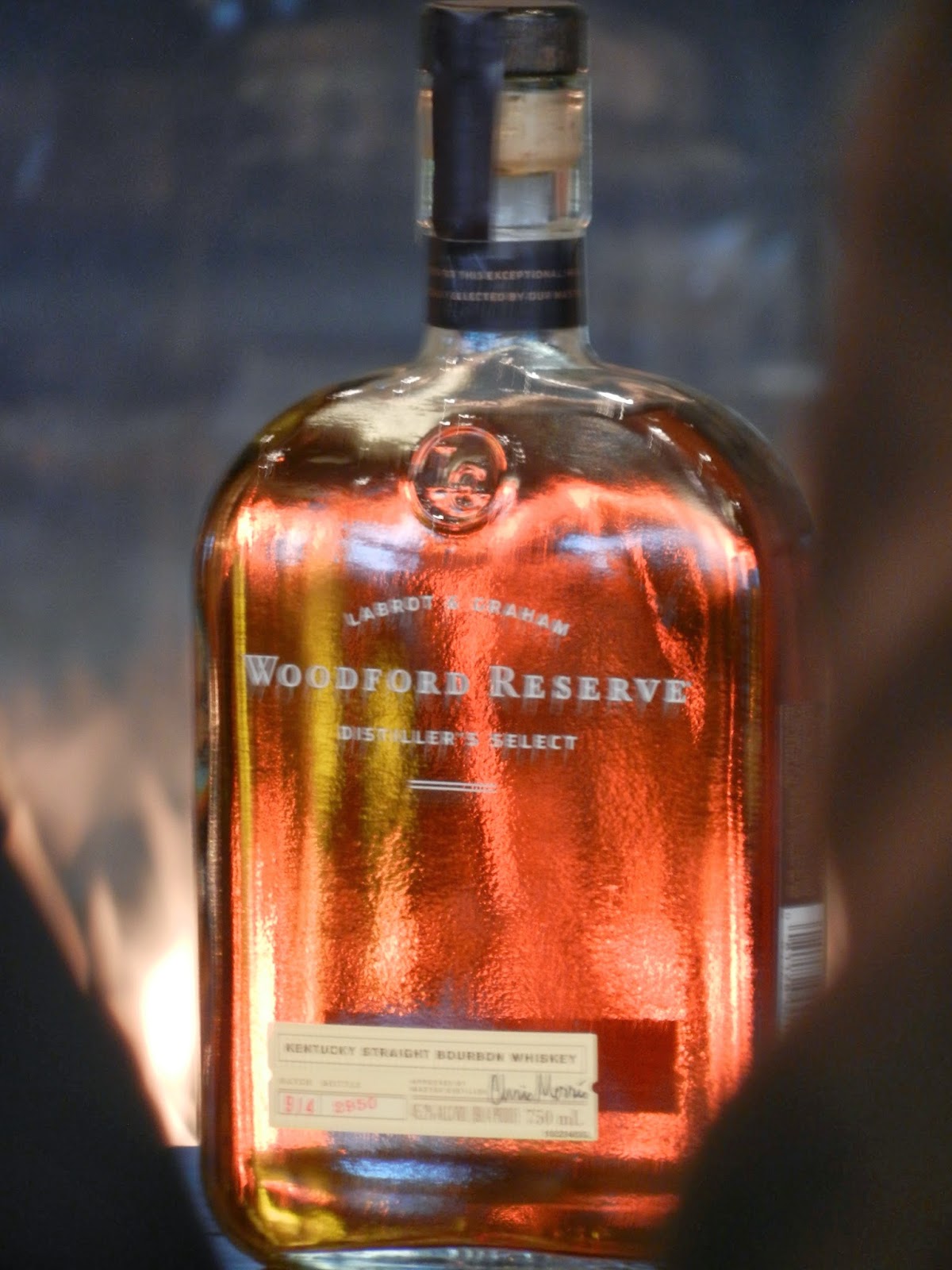 Tomorrow, the Shaker Village at Pleasant Hill, after lunch of course.....
Posted by Suzi at 9:25 PM