If you're not interested in horses, you've probably been bored the last few posts.....here comes another one.

Yesterday, after another great lunch at Wallace Station, we arrived at the famous Three Chimney's Farm for a tour of their stallion operation.  We had two tour guides actually.   One human, and one sweet little girl that raced to meet our group as soon as we opened the gate and entered the paddock.  She stayed with us the entire tour, pausing for photos and leaving us only for water and a bit of kibble.


Three Chimney's stands 10 world class stallions and the boys have many "dates" each year.   Their digs are comparable to a 5 star hotel, their every need and desire is catered to.  They run in green pastures each morning, are bathed, brushed, fed, and live in 20 x 20  finished oak stalls bedded belly deep in clean bright straw.  Life is pretty good for the stallions of Three Chimney's farm. 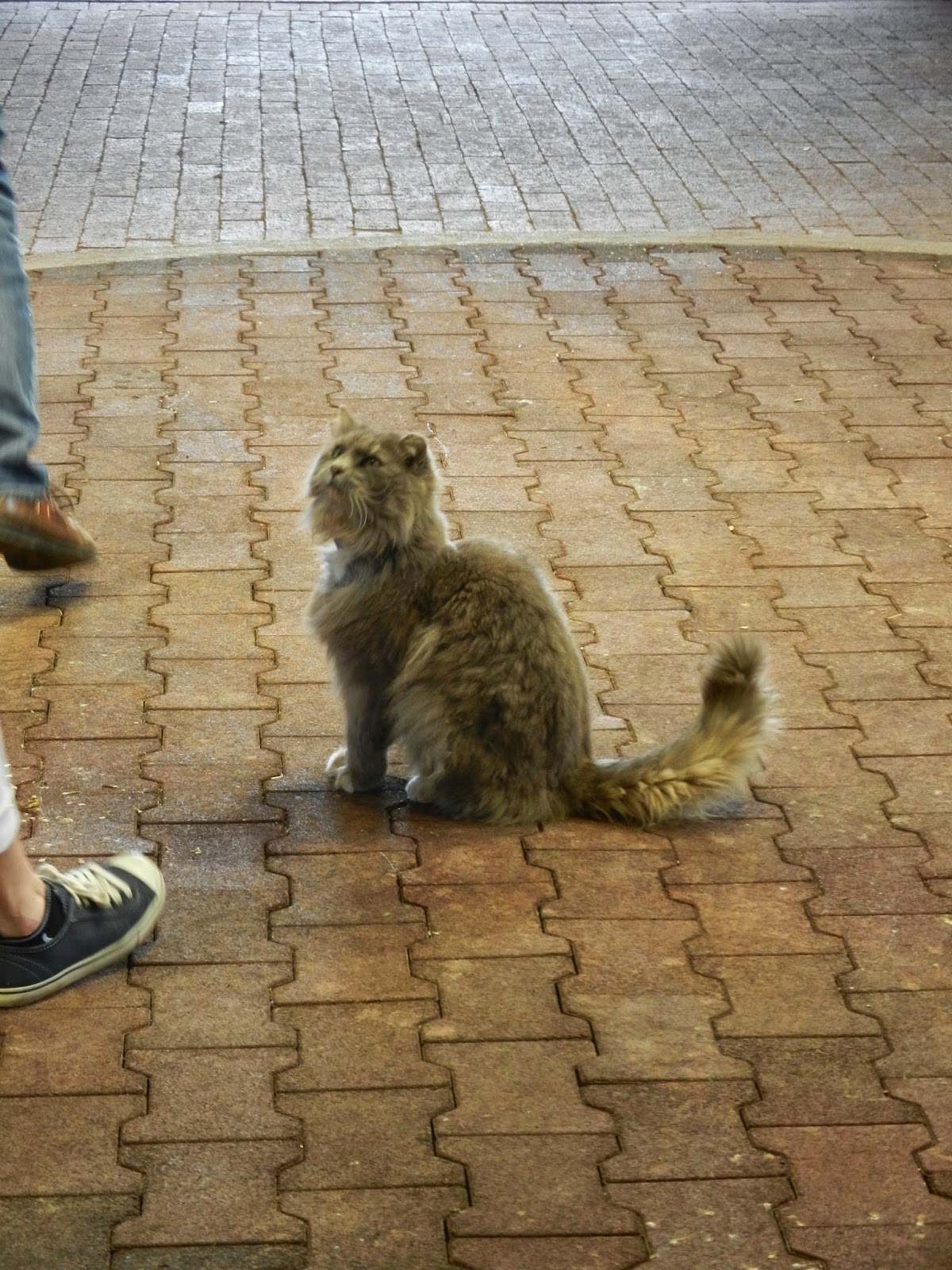 I'm not including any pictures of the breeding shed or the activities it contains.   Its not for the faint of heart and we declined a personal viewing of the action.

After leaving Three Chimney's we drove back to the Horse Park and stopped in the Altec Stadium to watch a few American Saddlebred classes going on that afternoon.  Think we're all horsed out yet?   Nope.     We're here until Sunday morning. 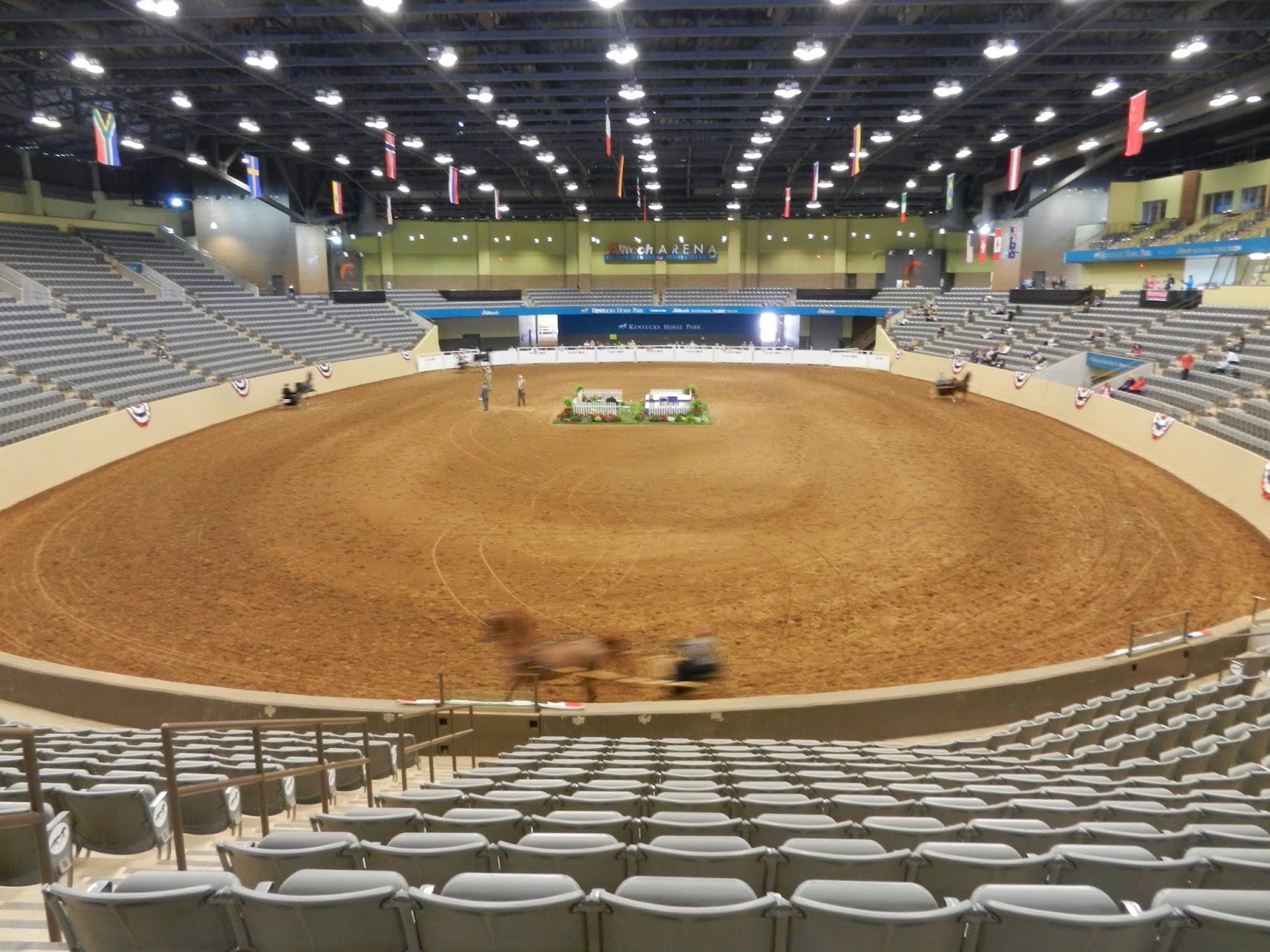 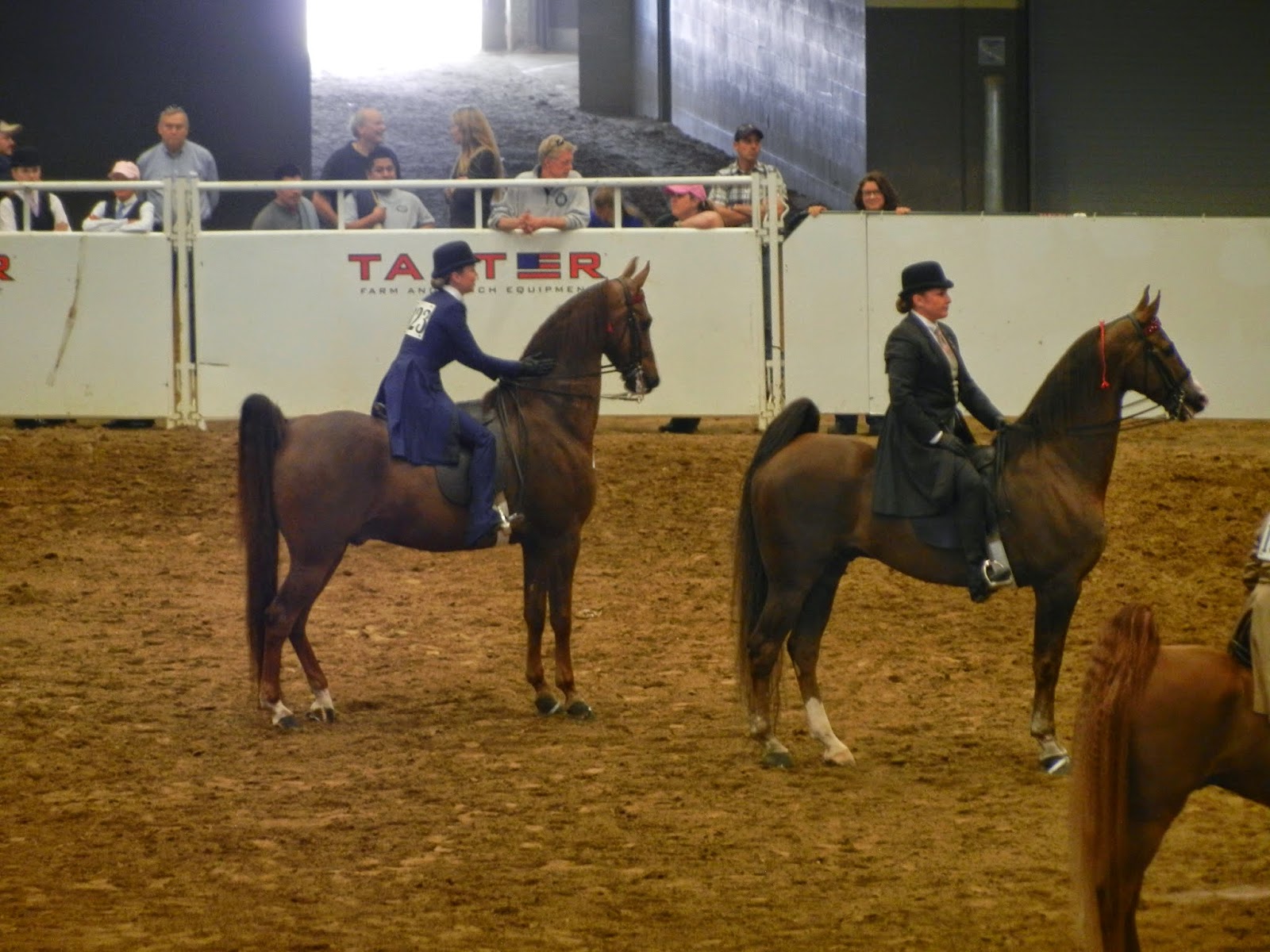