We arrived in Minden, Nevada (just south of Carson City/Reno) after a bit of a detour and some backtracking.   We took a shortcut from I-80 and counted on there being adequate road signs on US 95 in Fallon, NV to point us in the right direction - there were none. 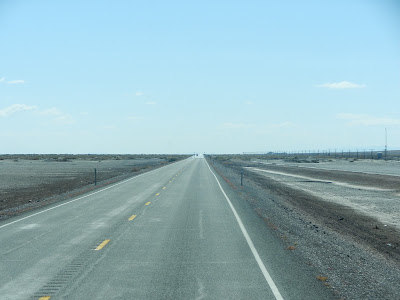 Pam and John and Jodee and Bill were already at the Silver City RV Resort by the time we got there so we quickly set up and joined everyone at Jodee and Bill's site for happy hour.    It was lovely to see John and Pam again and wonderful to finally meet Jodee and Bill.    Lewis and Sasha enjoyed meeting their little blonde Tessa and she graciously shared her site and people with them, but not her chair.

After drinks and conversation we all drove into Carson City for dinner at the Lake Tahoe Brewing Company.     The food was really a surprise.   We expected pub type food, but there were many other unusual combinations on the menu and we all had something different.   Pulled pork on waffle bread (think delicious smokey pulled pork between two waffles), wood fired pizza with gorgonzola and dried cherries,  and another pizza with grapes, not traditional brew pub offerings but we left full and happy.

This morning Dave and I (and our furry friends) enjoyed second cup in the sun.  It was cool and clear with a beautiful blue sky overhead.


We are parked next to Pam and John and Lewis knows it.     The first time we walked by their rig he pulled me over and tried to get in the door.   They weren't home at the time, but he must have gotten their scent on the stairs, his tail wagged furiously as he looked up at the window.   Gramma Pamma come out!    After Dave shared his second cup goodie with the dogs, Lew went over to their motorhome and just stared, hoping to produce Pam and John through telekinesis. 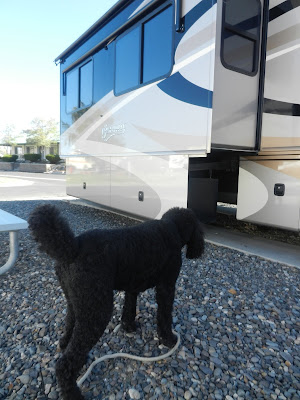 We all went our separate ways today, some of us sightseeing, some doing domestic chores and refilling our coffers for the coming week.    We met back up for happy hour outside.     The temperatures were falling and the wind was picking up so everyone put their chairs in the grassy site across from ours, in the sun.     We sat out laughing and talking until we were all thoroughly frozen. 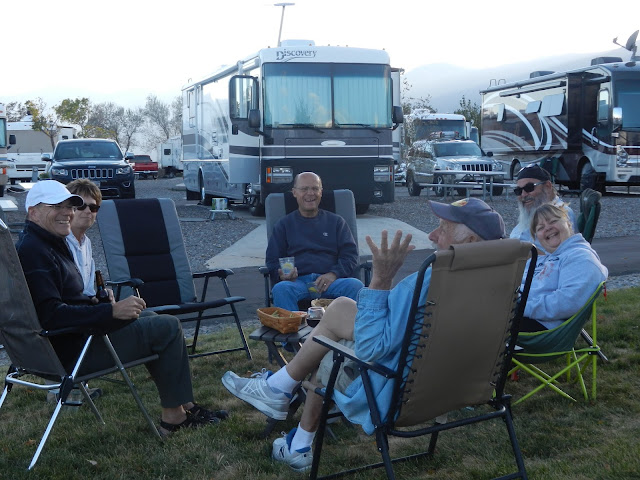 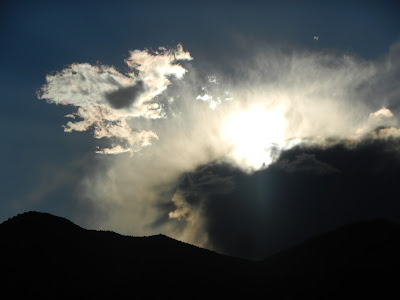 We watched clouds build over the mountain in front of us and now it is very windy, rain spitting against Beluga's side.   If it stops by morning we'll move down to Lee Vining, California, it not we'll stay put until the rain ends.