Fun Saturday gone to the dogs

I discovered that the country's second largest dog show was being held right here in the Palm Springs area so guess where we went today!

Instead of taking busy I-10 to the Empire Polo Club grounds where the dog show was being held, we opted for the quiet but "exciting" Dillon Road route.   We chose this route for two reasons.   First, it would take us past my favorite date farm, Sam Cobb's Date Farm, and second, Dave loves to drive on it!    One must keep the driver happy. 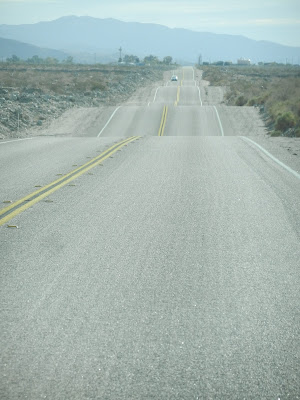 Sam's farm stand is only open on the weekends and we're only going to be here one more of those so a stop was mandatory.    He has been a farmer since he was 15 years old (he has a picture of himself on the wall at that age) and says he'll never retire, he loves what he does too much!

Most places sell Mejool dates and so does Sam but what I like about his little place are his experiments.    They are experiments in the sense that he plants different date palms to see what he'll get, but the fruits of those experiments aren't ready for harvest for 20 years!   He'll stop when he sees a palm growing somewhere, dig it up, plants and nurtures it in the hope he'll get something interesting and different.       My very favorite "experiment" is one he calls Candi (after his daughter).   He found that palm on the side of the road many years ago and loved what it eventually produced so he takes the little suckers each mature tree produces and makes new Candi date trees!


After we made our purchase we wandered a bit in his beautiful date orchard before continuing on to the dog show. 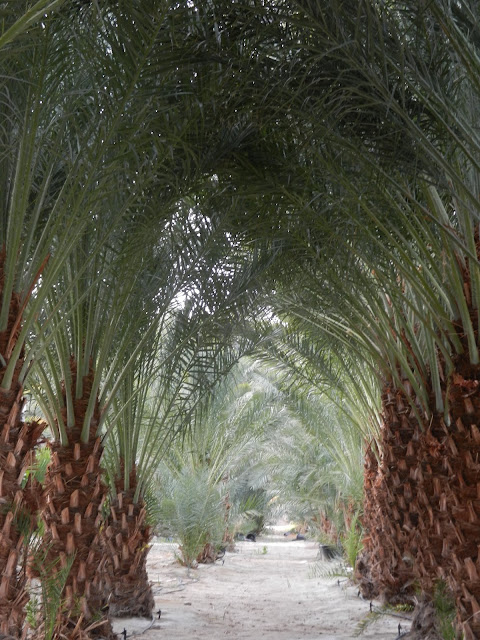 So, back to the dog show.    It was held at the incredible Empire Polo Grounds in Indio.    There were 36 rings, with a different breed of dog being judged in each one.     I understand that this show attracts 10,000 contestants and spectators each day of the three day show. 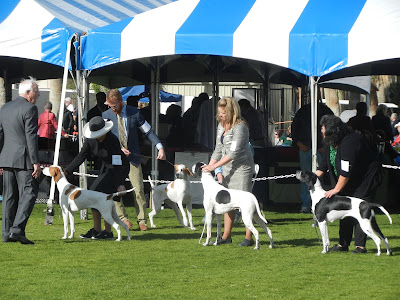 Tents and tents and tents full of dogs being groomed and washed and rested before their turn in one of the judging rings were placed on the perimeter of the field.


An enormous fixed building held vendors of all things dog.      Spectators and anxious owners stood ringside to watch their dog or favorite compete.    We walked and walked, trying to take in everything from the conformation classes (think - beauty pageant) to the agility (think - dogs on a prescribed course at a playground) and obedience classes (think - perfectly trained dogs walking alongside their owners, doing whatever is asked of them, immediately).


Here are some highlights, dogs that caught my eye.


Some were serious and were dedicated to doing their jobs, some couldn't care less where they were and snoozed quietly amid all the hub bub, and some had a really good time! 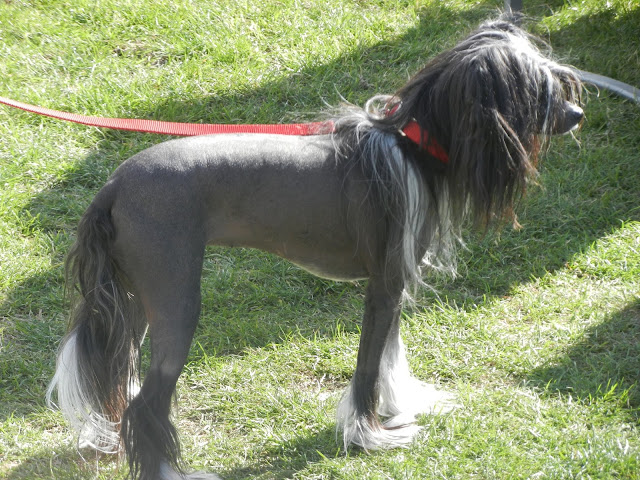 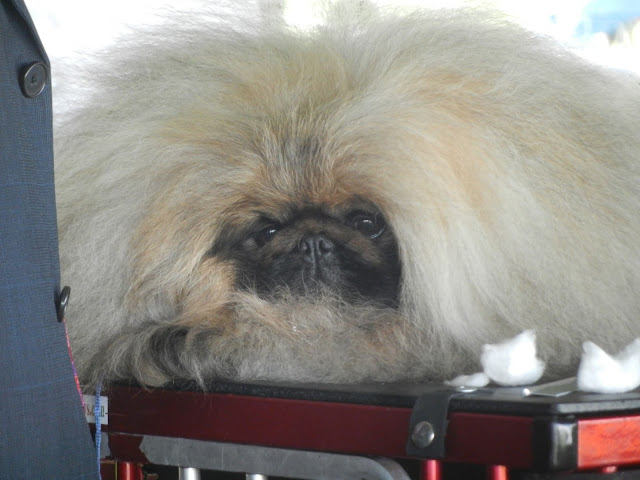 Some just did what dogs do.

Some were groomed within an inch of their lives and some were left au natural. 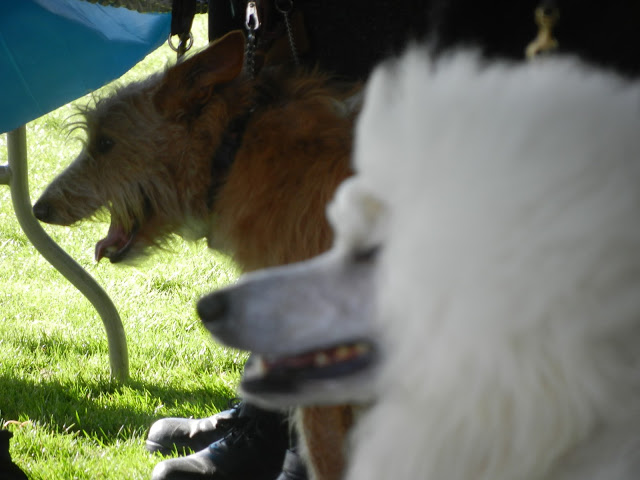 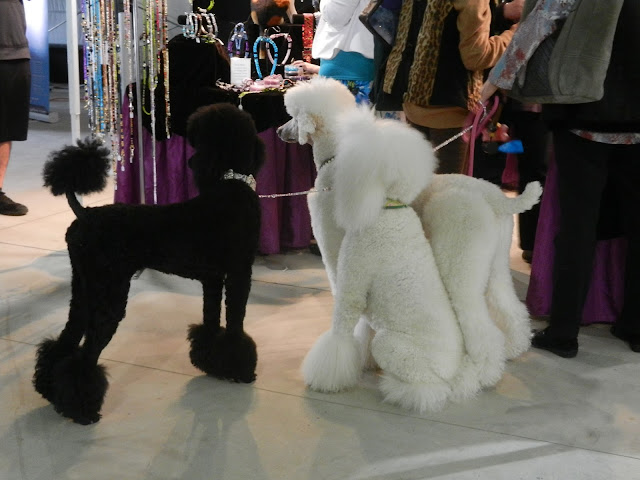 The little guys in this pen were very anxious for a friend (out of the picture) to notice them.....they erupted like popcorn kernels every time she looked over at them! 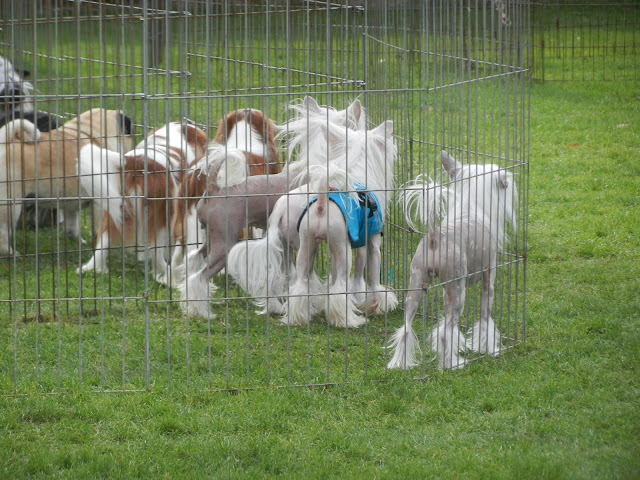