Rain, sun, rain, sun....and so the days go.   This morning was sunny and breezy so we decided to take a drive over the mountains to visit the little town of Julian before the next round of bad weather.

Before we left, I joined Dave and Lewis on one of their daily walks in the desert. 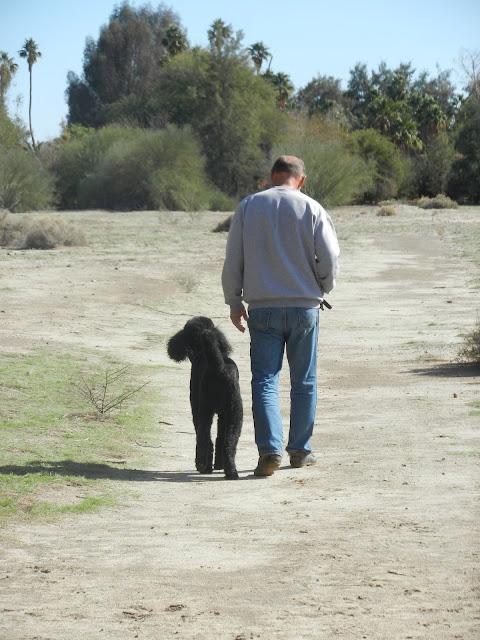 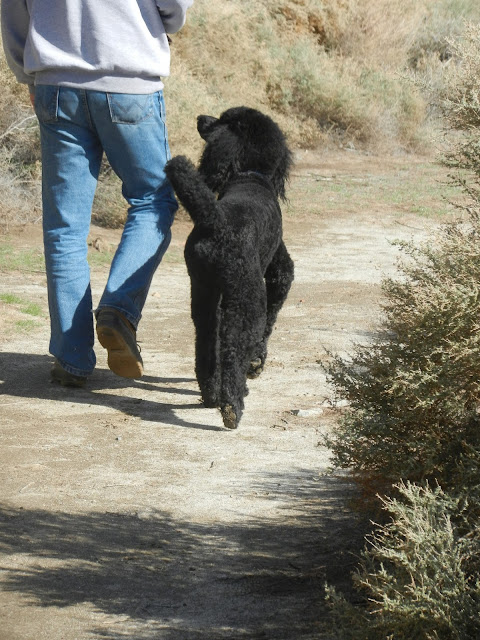 Lewis has been to obedience school but he feels traditional training is far too limiting.  He wonders why one must heel only on the left side?   A good dog should be able to handle either side, don't you think?

Most days they run into at least one of Lewis's new Poodle friends, Rufus, Max and Deacon or that big black no name Schnauzer.   The sand flies as the big fluffies race around the empty desert behind the campground.   Lew comes home exhausted and sleeps the rest of the day. 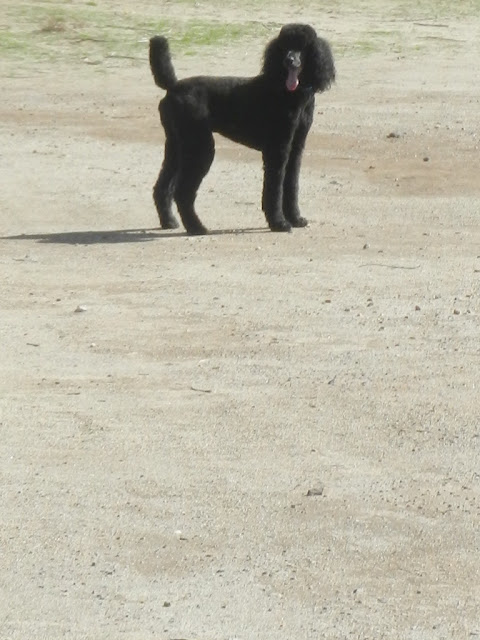 No one was around today.     He had to content himself with chasing up a few finches and playing "the game" a bit. 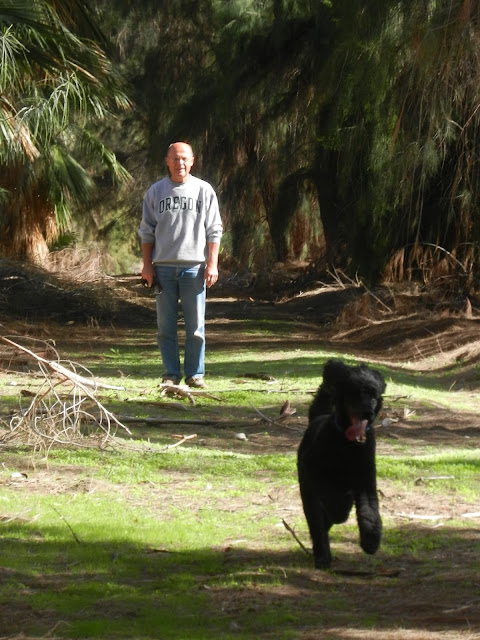 We left Lewis home to doze the afternoon away and set off for Julian.   The road took us up through the mountains to about 4,000 feet and we kept an eye on the outside temperature as we went along.   The snow level from the storms moving through was supposed to be at 4,000 feet and we certainly didn't want to see any!

There were "road flooded" signs along the way, but we encountered no water.  As we neared Julian, however, the sand banks were very wet and unstable. 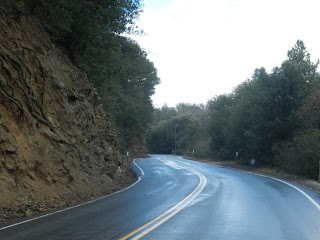 At one point we were stopped by a very recent landslide covering the opposing lane. 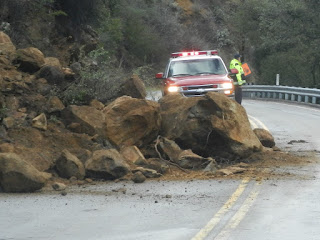 Equipment was arriving to clear the road but we were able to pass.

Julian was a bust.    It was jammed with people, there were no spots to park or even move on the sidewalks.    We had thought we'd just look around a bit, pick up a pie at the Julian Pie Company and head back.   No looking around, and the Julian Pie Company was Closed!   On a Saturday.....with tons of people visiting the town.     Perhaps someone was ill.

When we tried to head home we learned that the landslide had now closed the entire road.     We had to turn around find an alternate route.    It took a bit longer to get back to Beluga, but the ride was interesting and the views coming back down the mountains and into Borrego Springs were fabulous. 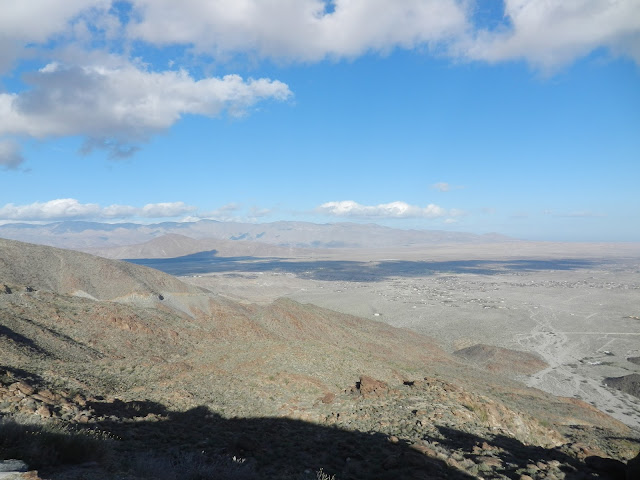 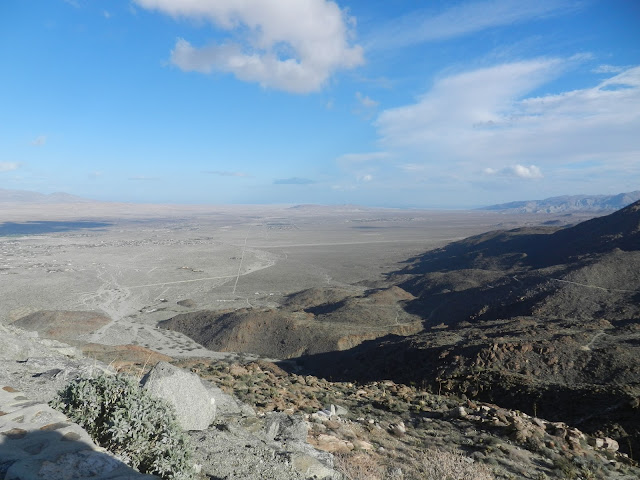 The next storm's clouds were gathering in the sky as we moved east. 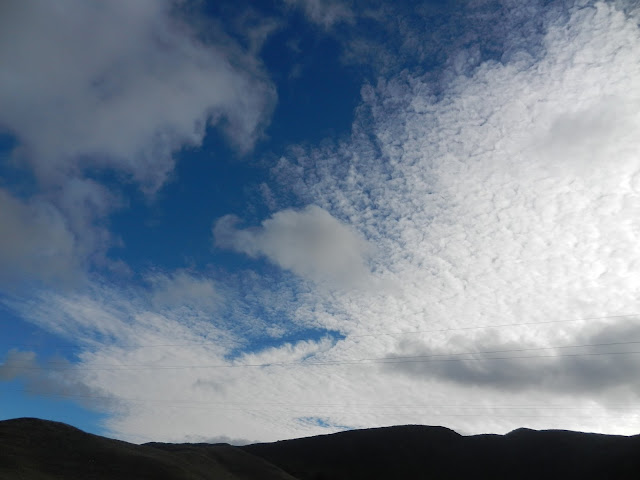 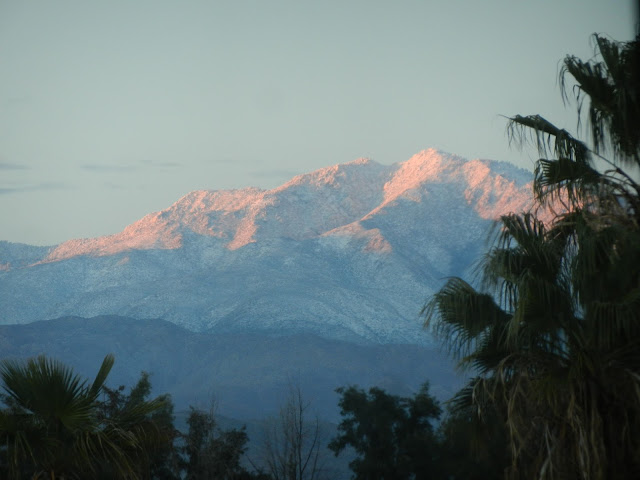