They're gone.    We dropped them off at the airport this afternoon.    We had a wonderful holiday with Jesse and Erin and tomorrow we move out of the Palm Springs house and back into Beluga to continue our regularly scheduled life.

We spent most of our time relaxing by or in the pool, reading, eating out at some good restaurants (and some mediocre ones) , giving them a little auto tour of the area, taking walks in this interesting neighborhood and keeping Lewis entertained. 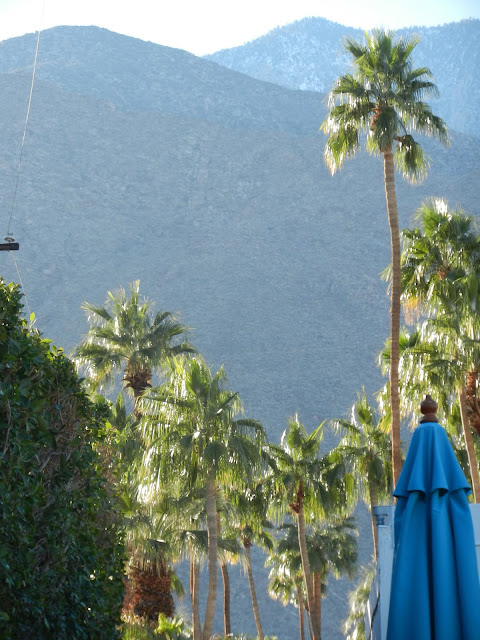 Its hard to leave the back yard when the pool and spa are nice and toasty and we have this view to gaze at as we float. 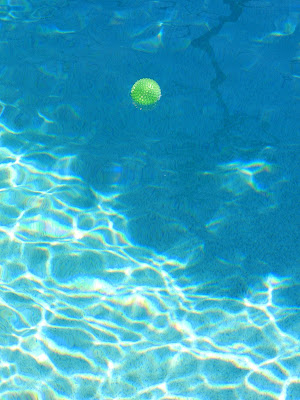 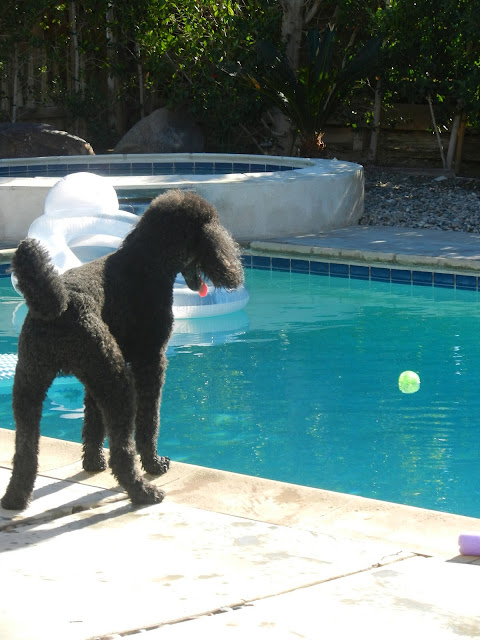 Lew only goes into the pool as far as there are stairs, so help was often needed. 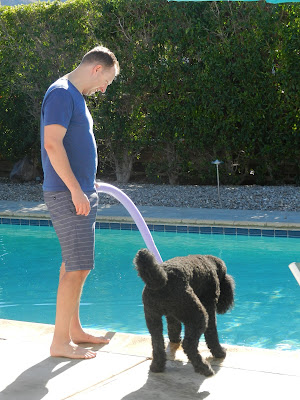 Jesse could be counted on to come to the rescue.


When he wasn't otherwise occupied, that is. 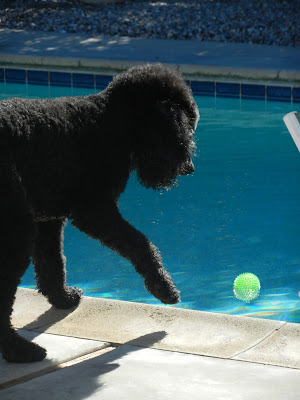 In that case Lewis had to wait until the ball drifted to the side, close enough to carefully lean over and snatch it out of the water. 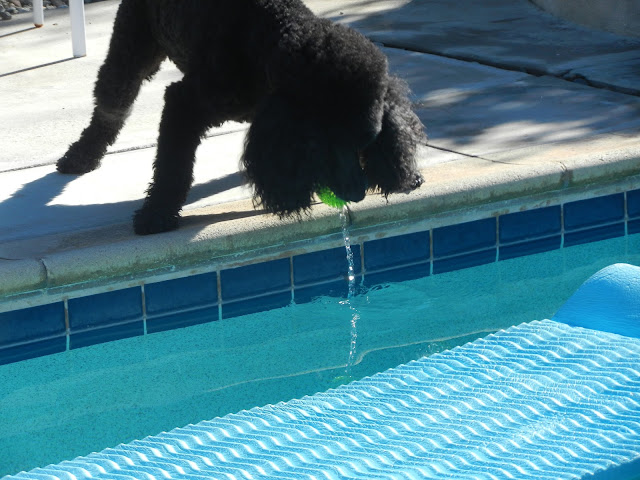 He usually was the only one doing anything strenuous in the vicinity of the pool and spa.

One day we celebrated my birthday.  It was last week but we waited to celebrate with Jesse and Erin.   They brought me a beautiful bouquet of fragrant lilies, some really interesting double wall glasses (not plastic, not Tervis.....) and we had some good old fashioned Beef Wellington at at good old fashioned steak house (really good and old, its been here since 1945!). 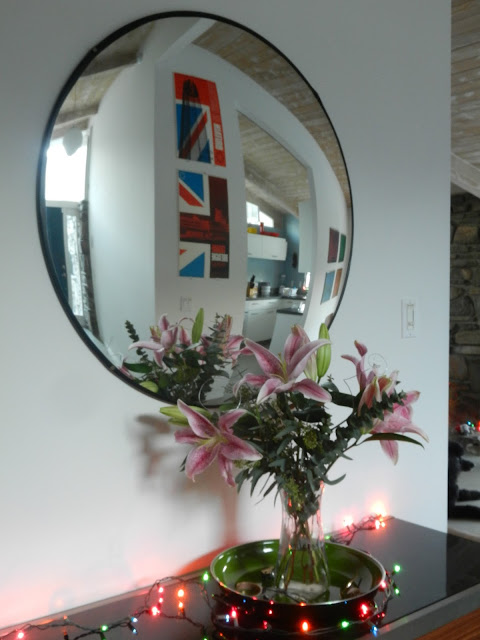 One day was cloudy and rather cool so we took a little auto tour around the area to give them a perspective of this green and lush but also dry, brown desert area. 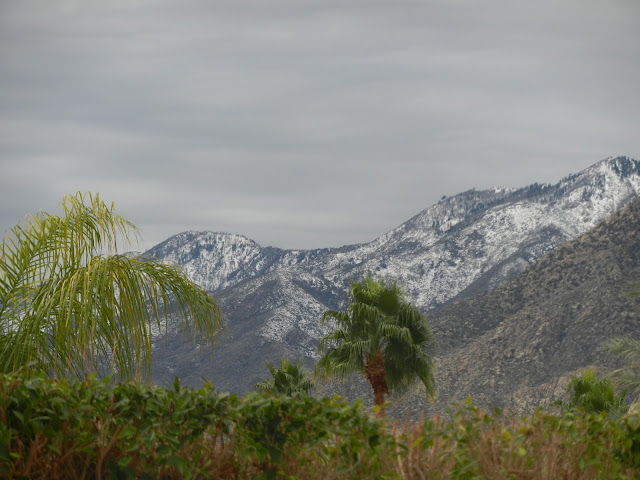 We left Lewis home, he didn't mind.   He needed a bit of a rest from his "brother's" sense of humor. 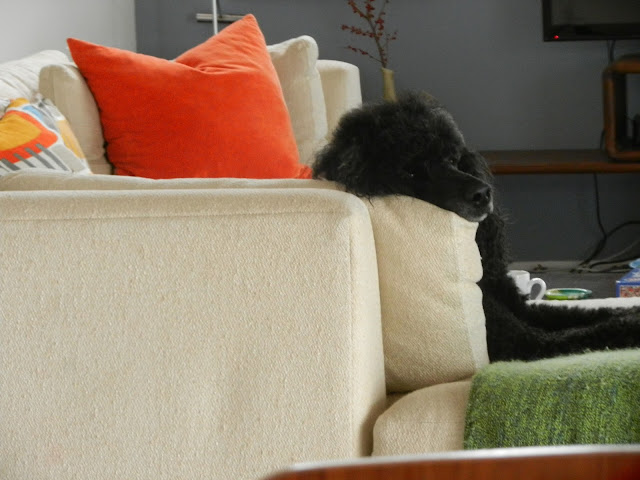 He loves Jesse dearly, sits very closely next to him on the couch, instigates private conversations, grins when he comes into the room, roo roo's at him to get his attention and generally stays in close touch.    Sometimes, however, his adoration is rewarded with a practical joke......like sticking his ball into his long and luxurious ears so he can't find it.....


We stopped for a quick date shake, Erin had never had one before, and then continued north towards Desert Hot Springs.    We tried to show them Whitewater Preserve but, after arriving, found it closed.   Something to do with the holiday and too much rain.    We all enjoyed the drive anyway. 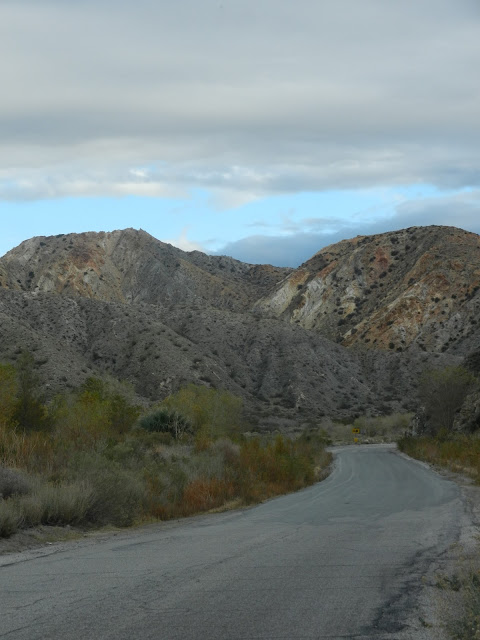 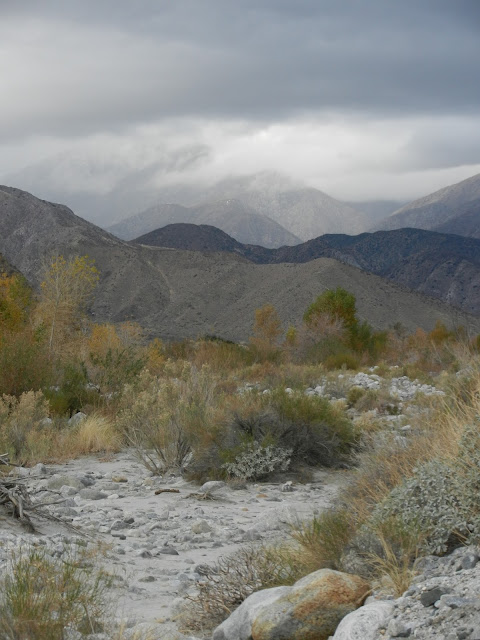 Part of the road was washed out but the damaging water was in control by the time we got there. 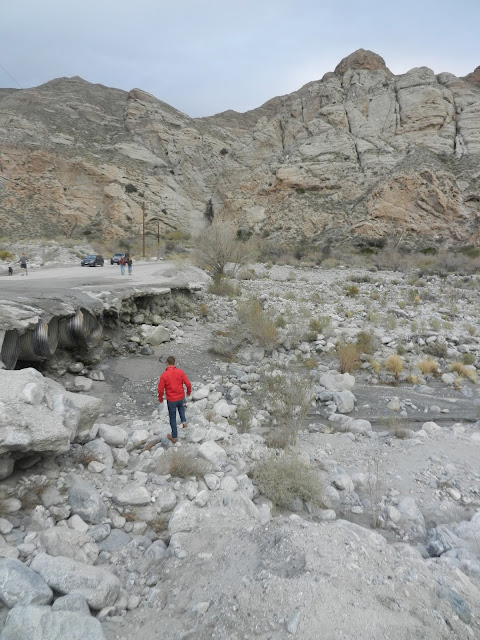 We drove down through the acres of windmills, across I-10 and then tried to drive up Mt. San Jacinto to the base of the tram.   There were a few tiny breaks in the heavy cloud cover allowing shafts of sunlight to illuminate different areas. 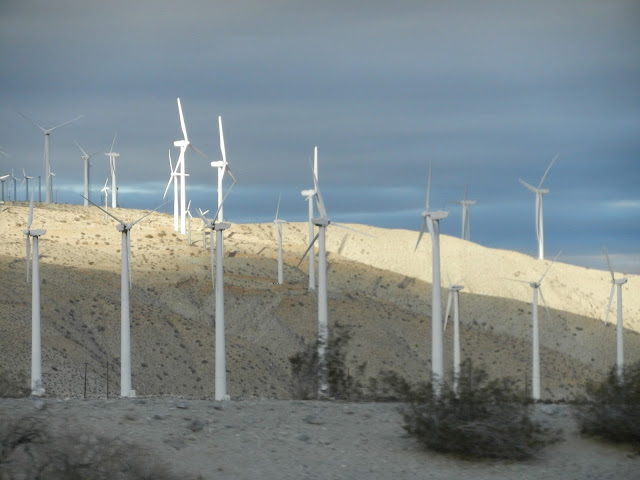 It was fun to watch the windmills begin to turn as the wind became stronger.   We sat for a few minutes and watched one slowly move its huge "head" into the wind and then begin to turn. 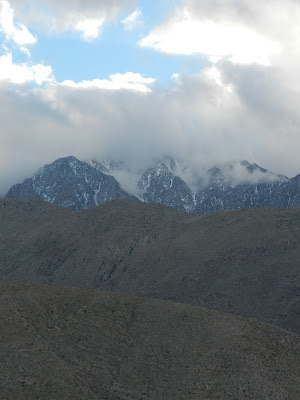 We were turned away before we could get to the tram's base.   The guard told us they were not allowing anyone to continue up the mountain unless they were taking the tram, and the wait to do that was three hours! 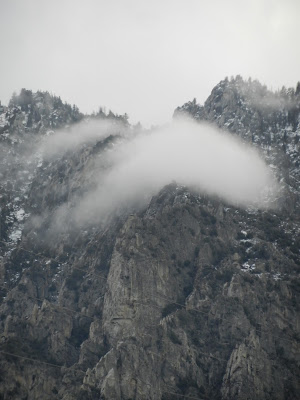 Yesterday, New Year's Eve, was a quiet day.   Jesse and Erin went out to poke around the furniture stores on Palm Canyon Drive and to check out the architecture and design center museum there.       Dave and I jiggled in the spa and then organized a few things for our Sauerbraten dinner later on. 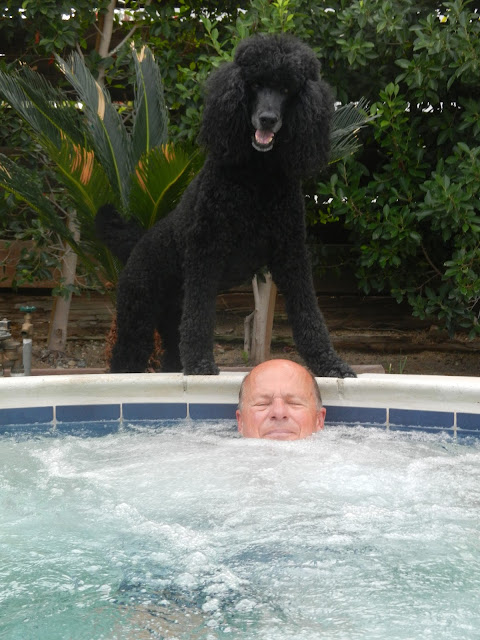 Lewis stood guard over the spa, in case anything dangerous happened and his assistance was needed.

Champagne was opened in the kitchen and consumed during the making of the Sauerbraten and spatzle dinner   It took three of us to produce the spatzle but it was fun to have help and they made it worth the effort.

Football was watched by the fire. 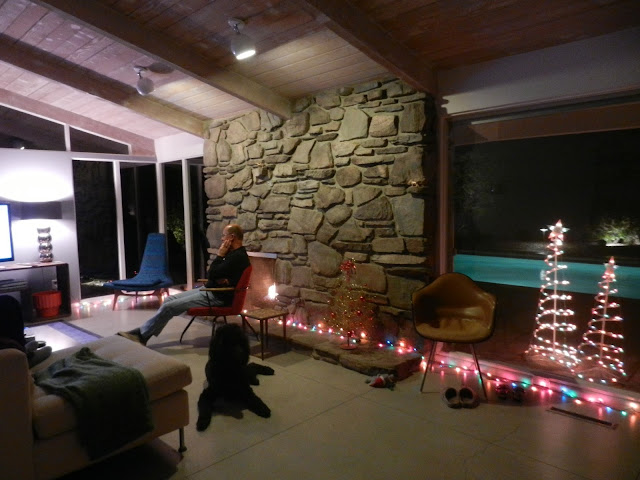 After dinner, more champagne was opened outside while watching the fireworks display exploding at the nearby Spa Casino at midnight.   The windows may or may not have been accidental recipients of the enthusiastic spray of said champagne.

Happy hour for two took place in the nice warm spa tonight.   We leave in the morning. 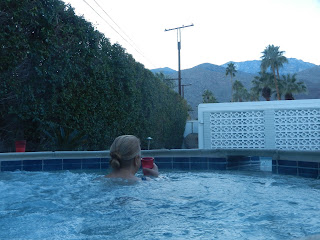