Babies, babies, babies.   It's springtime in Kentucky and that mean's lots of babies in pastures and paddocks everywhere you look. 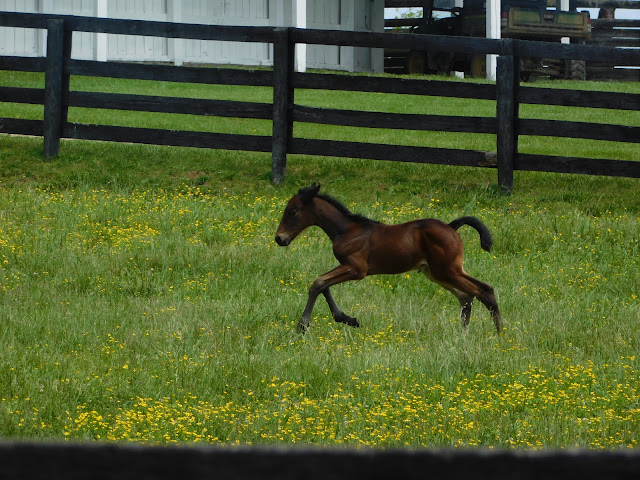 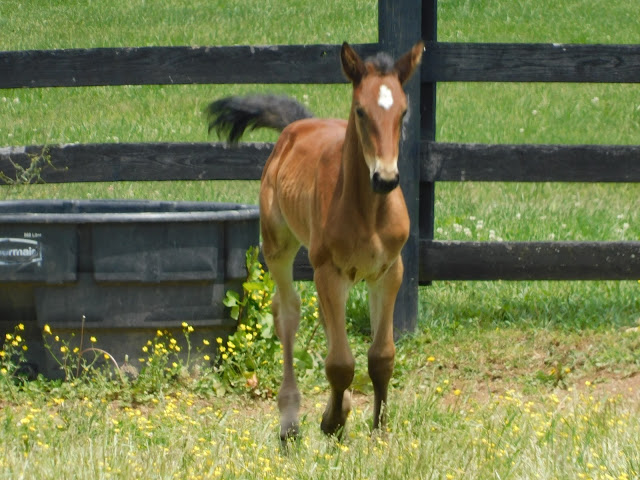 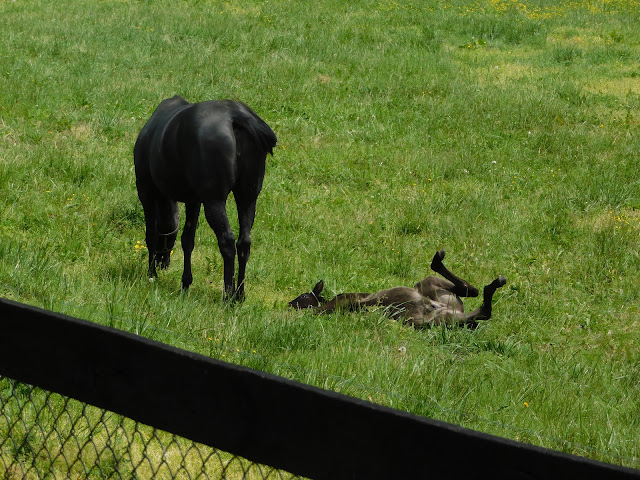 There is a Standardbred farm just down the lane from Cindy P's and we can walk down to see the new arrivals whenever we want to.   They're destined for harness racing when they've grown up a bit but for now their only job is to eat, sleep and race around their pastures.

Cindy booked us a tour of Taylor Made Farm (a nearby Thoroughbred farm-no relation to the golf world) where California Chrome, 2014 Kentucky Derby winner, lives a pampered life. 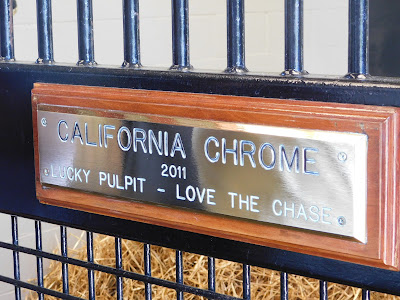 He's quite beautiful, although he bites.   Can't have everything.    He divides his time between his two lush pastures and twice a day "dates" with carefully chosen young ladies who have paid $40,000 for said "date".    Shortly he'll board Air Horse One for a flight to Chile where he'll continue dating South American ladies for the next couple breeding seasons.

It was difficult to get a photo of him on this tour.   Lots of the people on it were actually "chromies", or California Chrome groupies.   Who knew there was such a thing!


There was another stallion in the next paddock that didn't get the same adoration but was an extremely sweet and personable fella.    Girls only have to pay $12,500 for a date with Graydar.    What a doll he was, hanging around the fence, offering his big face to us and enjoying our pats and scratches, gently eating the offered wisps of grass. 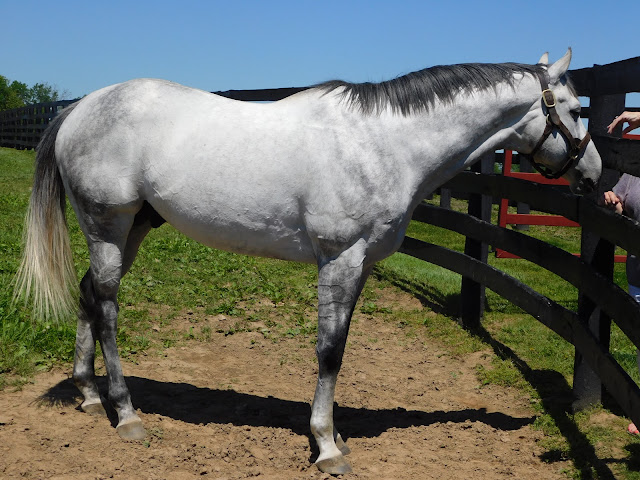 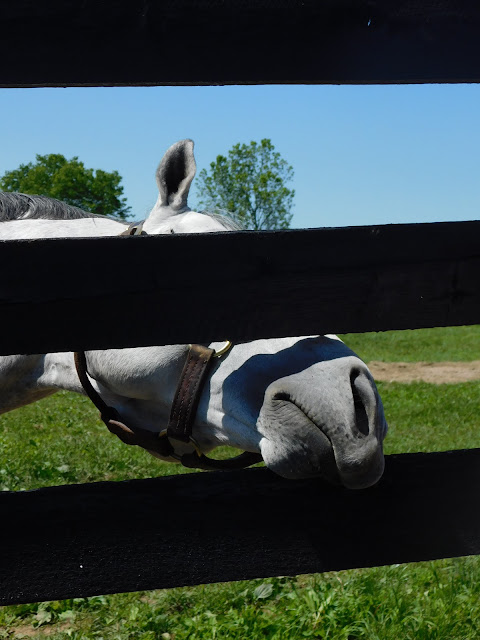 After we saw the big guys, we went into the mare and foal barn.   Most of the moms and babies were out in the pasture, enjoying the beautiful sunny day but there were a couple still in their stalls for us to oooh and ahhhh over. 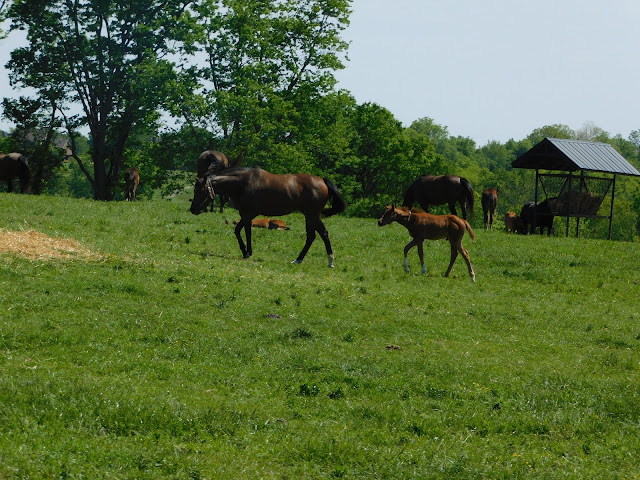 This sweet little foal by Triple Crown Winner American Pharoh dozed in the sun under the watchful eye of his million dollar mother. 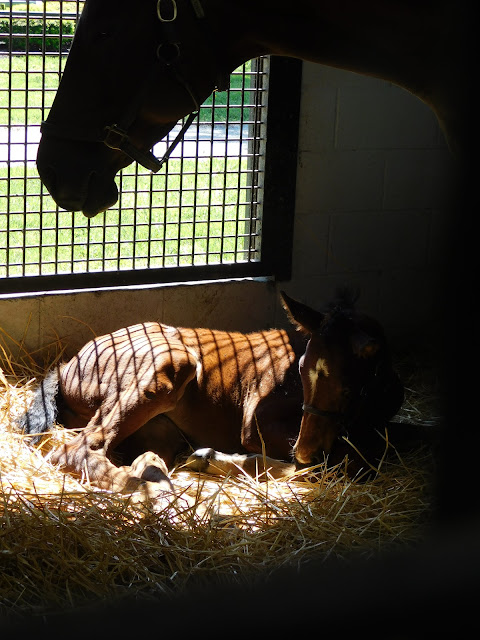