Another week has gone by, it's almost June!   I don't know where the time goes.   We've continued to get the cottage settled and to our liking and enjoyed a bit of socializing in between.

Last Friday we had a genuine, Western New York fish fry in Honeoye Falls (honey-oy) with niece Lisa and her husband Chris.   I took no pictures, we were busy getting caught up and enjoying the fish fry and pints of Smithwicks at Flaherty's.   There will be other times.    Actually, I do have a picture of Lisa taken at Jesse and Erin's pre wedding party in 2015.   It's a favorite one, she's standing back to back with dear friend Tom Bell enjoying their extreme height difference (we'll share Dave's birthday dinner with Tom and Robin this Thursday at one our favorite restaurants, the Rabbit Room).

Saturday our old friend Barb came down for lunch.   It's great seeing friends that we haven't laid eyes on since Jesse's wedding in Colorado. 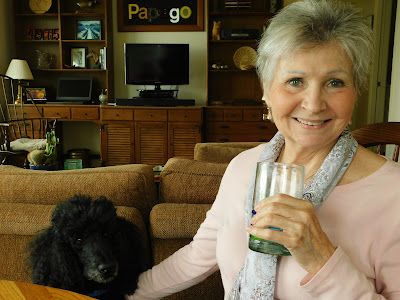 While Barb and Lewis were posing for their picture, Dave was behind them, sneaking the left over crispy bits in the baking dish.....shhhh, don't tell that I saw him. 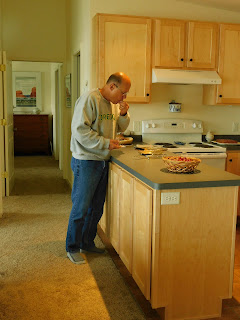 The weather has been exciting since we arrived.   Every day we have a bit of sun then a big thunder storm will roll across us, dumping lots of heavy rain, incredible cloud formations, rainbows, and then it moves east and the sun peaks out again.    This pattern repeats itself, over and over - day after day. 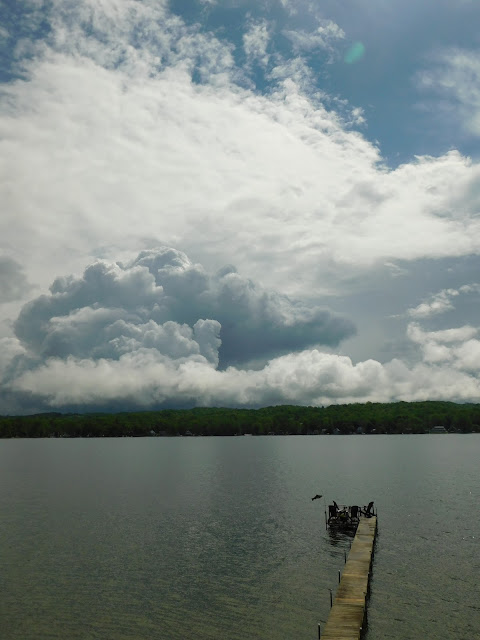 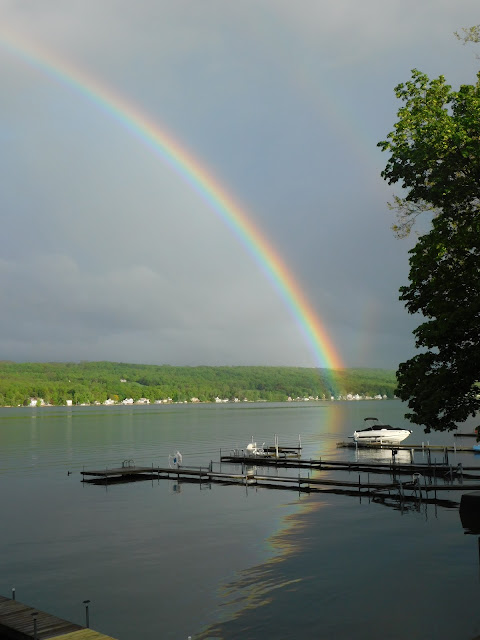 We're all a bit tired of the rain part though.    All of us except perhaps the ducks.


Well, and Lewis.   He doesn't mind the rain much.   He's discovered that he can not only drink from the giant water bowl outside the cottage, but he can swim in it too!    Not a stick or leaf gets past him now. 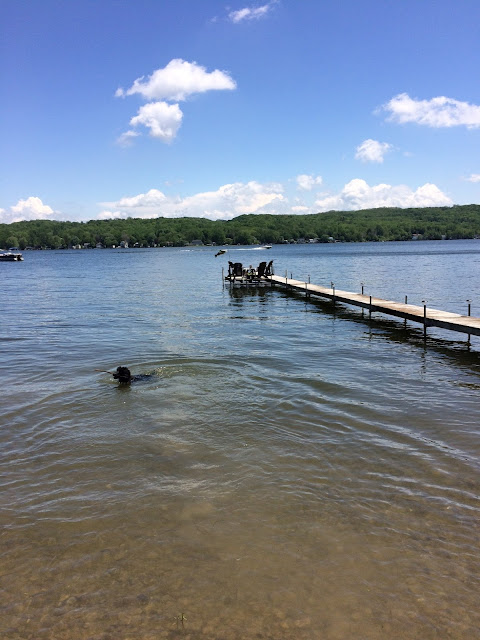 He doesn't mind diving into the wet day lilies to search for his ball either.   Its all in a day's work for him. 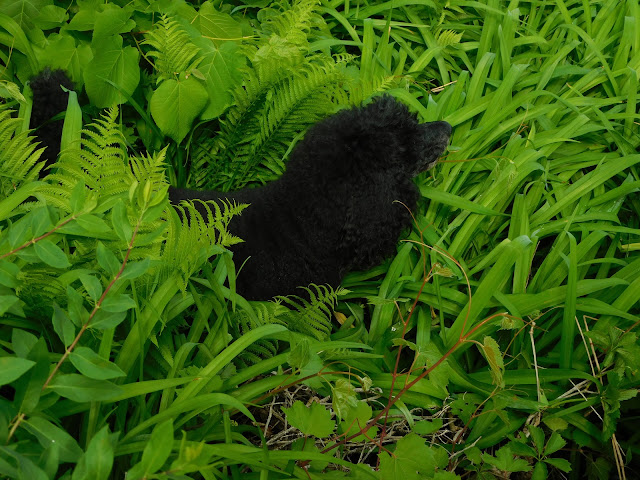 In between swimming and playing ball he manages to help Dave with most of his jobs. 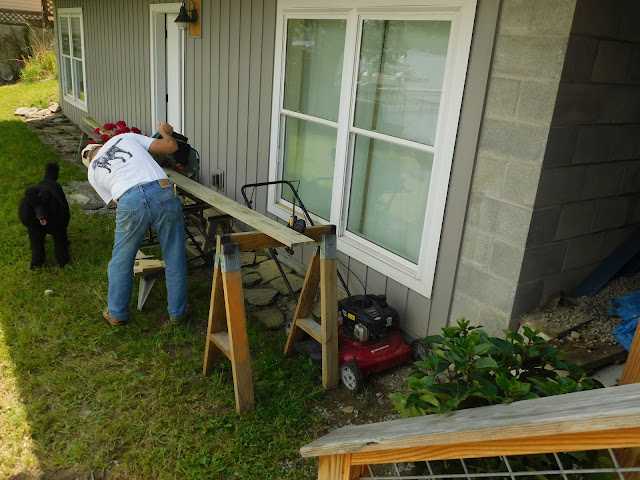 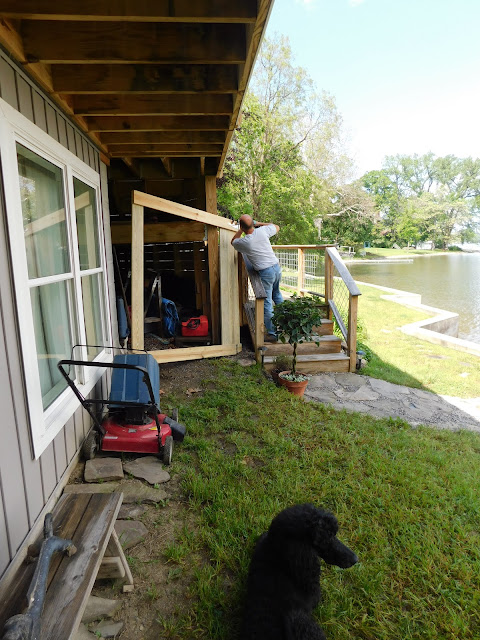 He makes sure to pace himself and easily falls asleep whenever the mood strikes.


Then poor Dave has to work alone.  I try to help but I'm a poor substitute for Lewis.