Just another Friday afternoon in Florida

Yes, we're still here in Florida.   We've been on the road almost 3 weeks and we haven't managed to get out of the south.     That isn't a complaint, we're exploring areas we never planned on exploring and having a good time to boot.   Tornado warnings in eastern Texas and Louisiana have kept us here a bit longer.  Flexibility is the key to a happy life.      Besides, it gives us an opportunity for Dave to revisit the dream of a much younger man.

In college he wanted to join the Navy and become a pilot, and if that had worked out he (we) would probably have lived here in Pensacola for at least a few years.    It wasn't to be, he found out he is color blind and not eligible to fly for the Navy, but he always wondered what it would have been like.

Today we went to the Naval Aviation Museum on the campus of Pensacola's N.A.S.   What a fantastic museum this is....chock full of beautifully restored planes from all eras of military flight.  When we first walked in Dave was speechless, he just stared at the map in his hands and couldn't decide what he wanted to do first.   So, I took over and led him to the Hangar Bay One building and into the small theater for the Blue Angels 4D experience.    I waited outside, a 4D Blue Angel experience isn't an experience I want to have but I knew he'd love it! 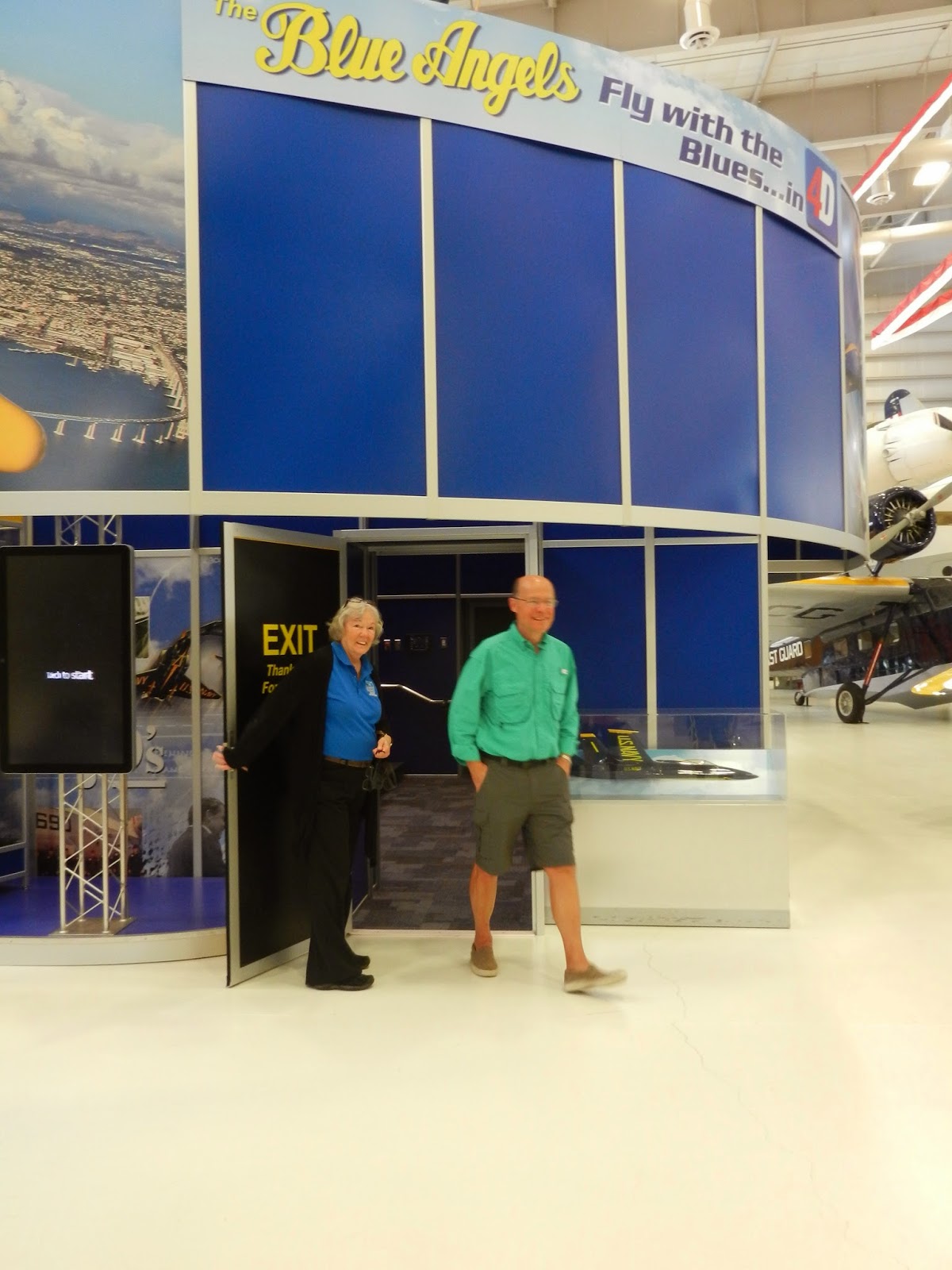 I quickly snapped a picture as he exited the theater...too bad it isn't clearer....otherwise you'd see the look on his face!    I saw it, however, and it was priceless.

After he came back down to earth, we walked through the jungle of restored planes.    Some were cutaways to show details, some were hanging from the ceiling, some turning lazily, some seeming to roar over our heads, some were on the ground, some appearing to take off, some landing,  some were in real life vignettes,   We were both on absolute overload. 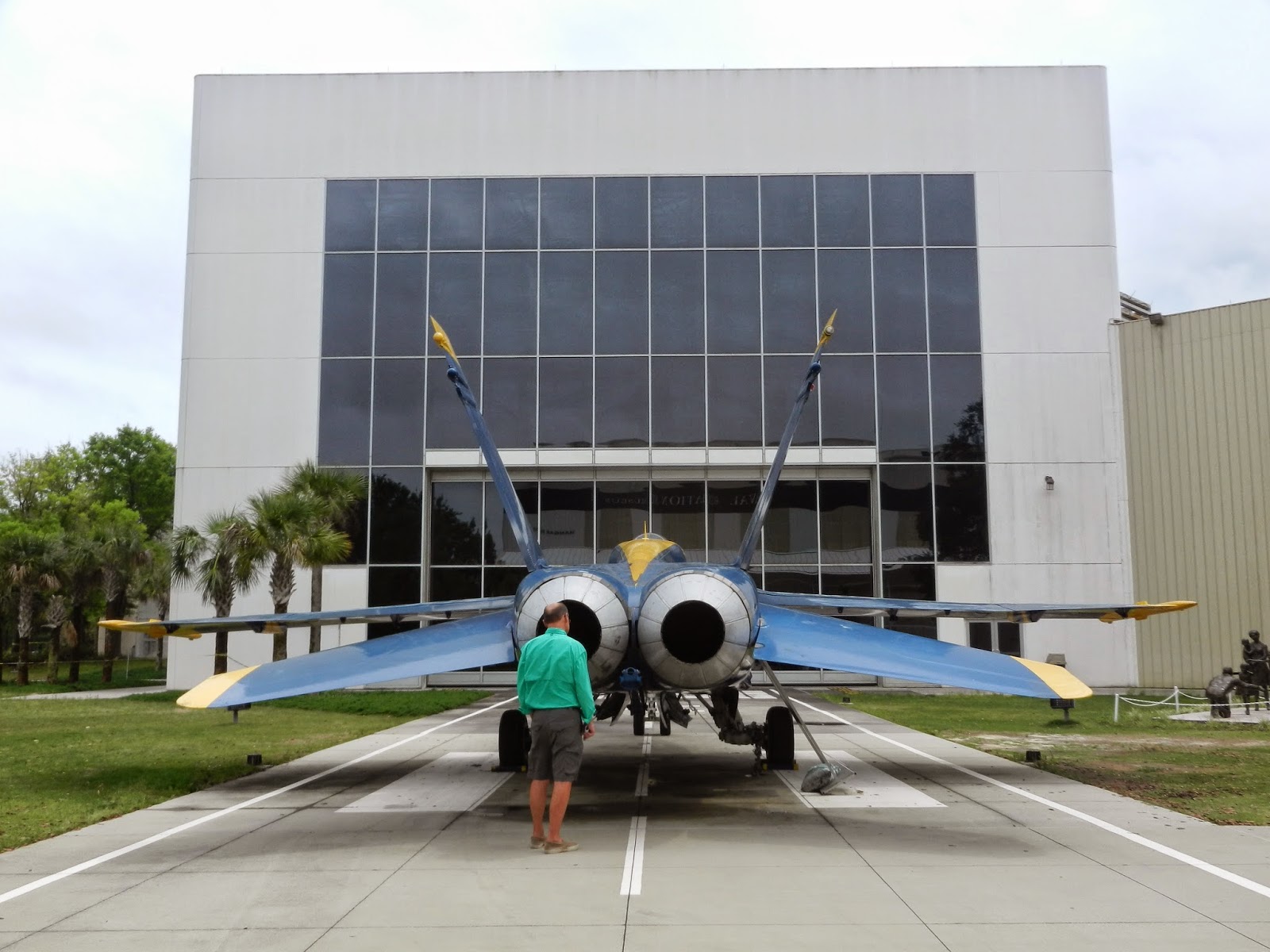 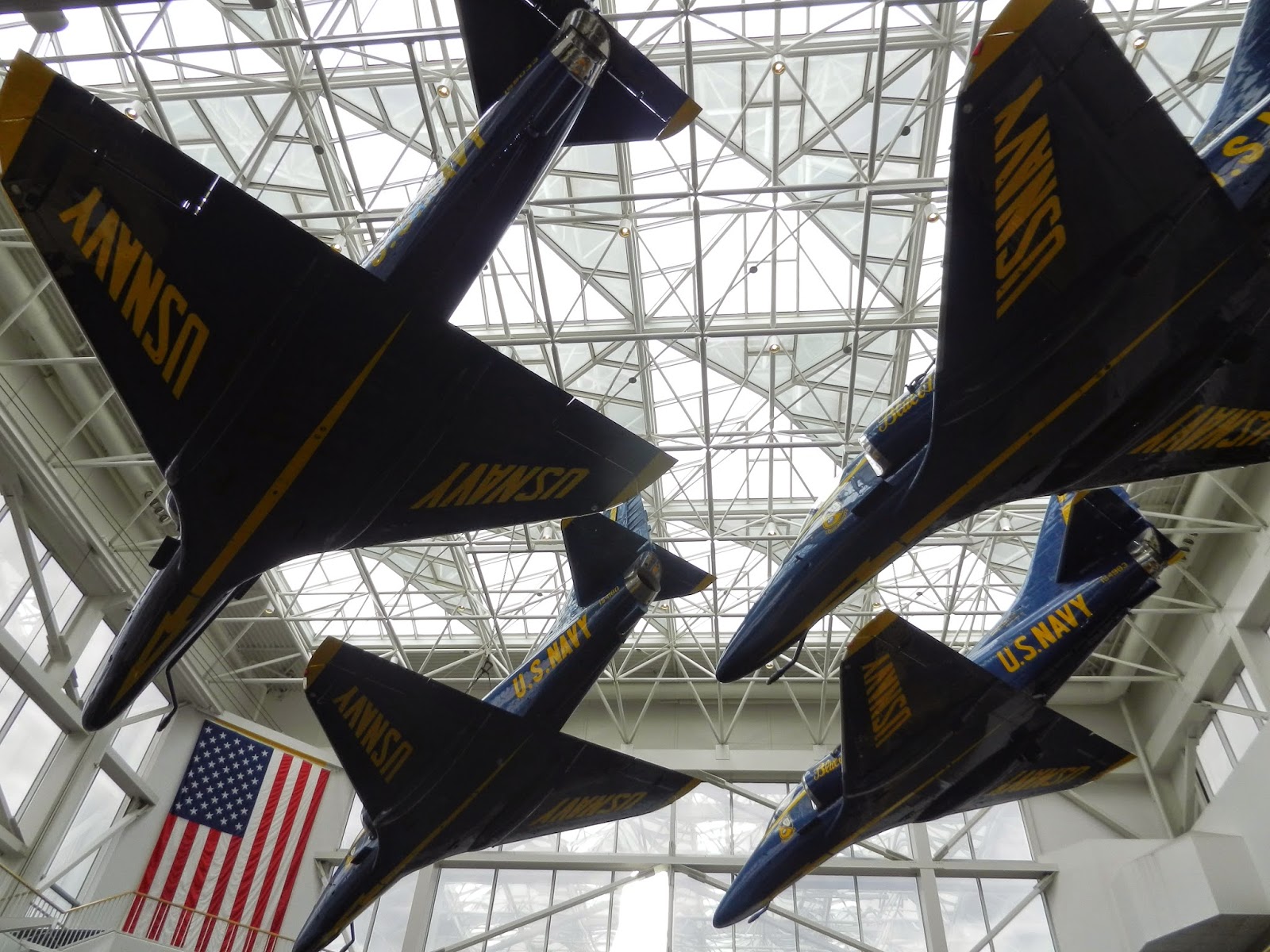 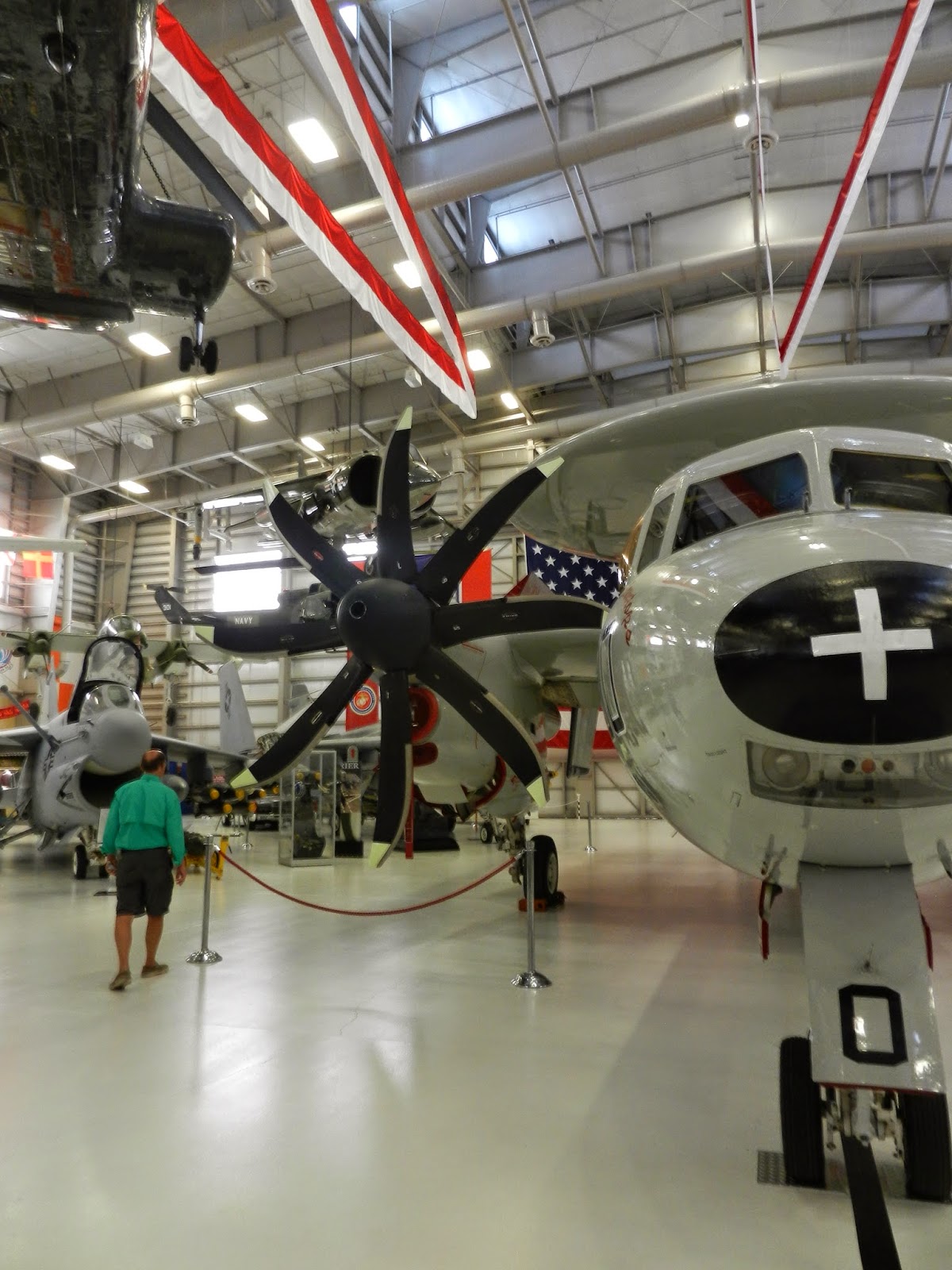 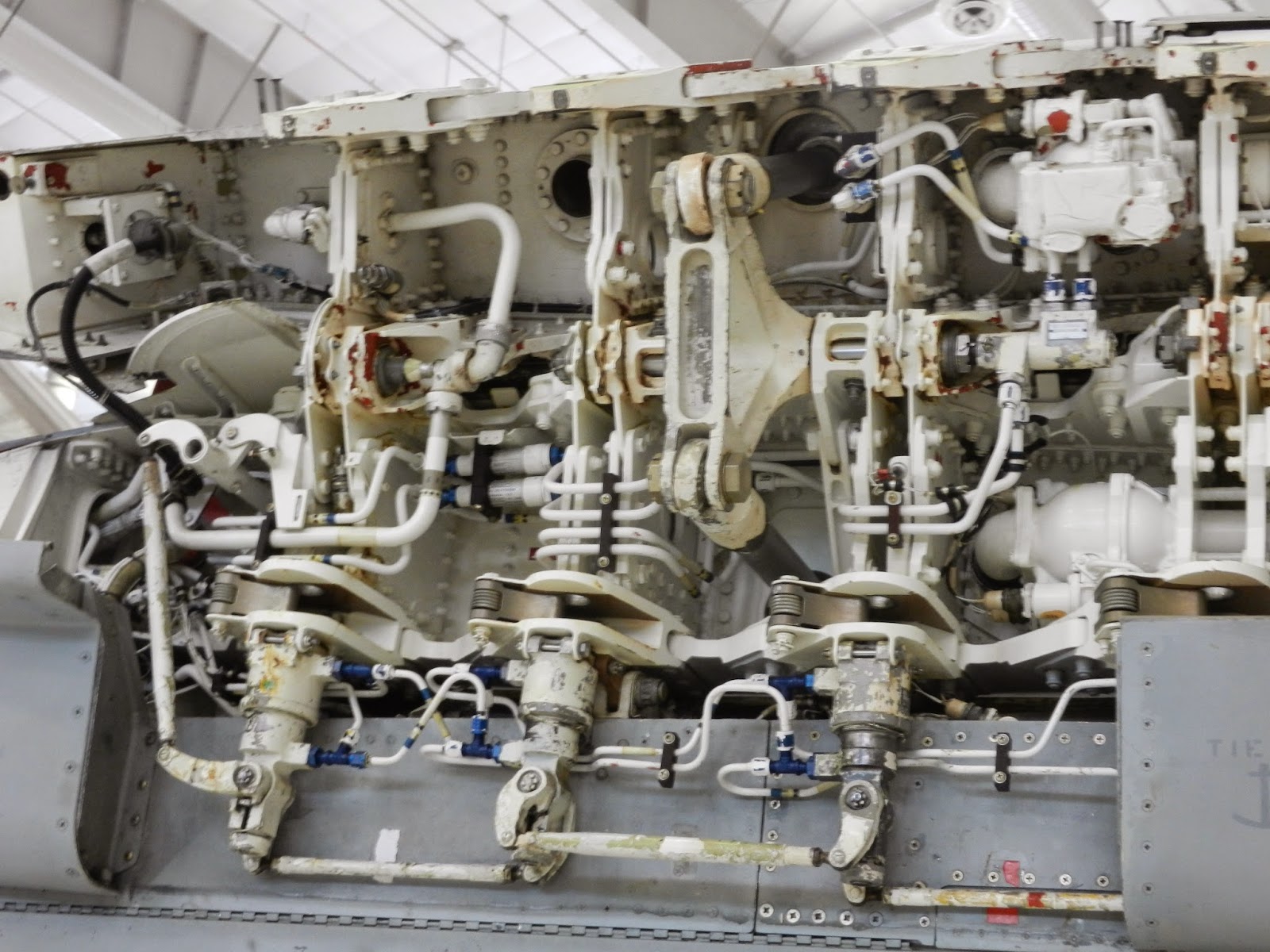 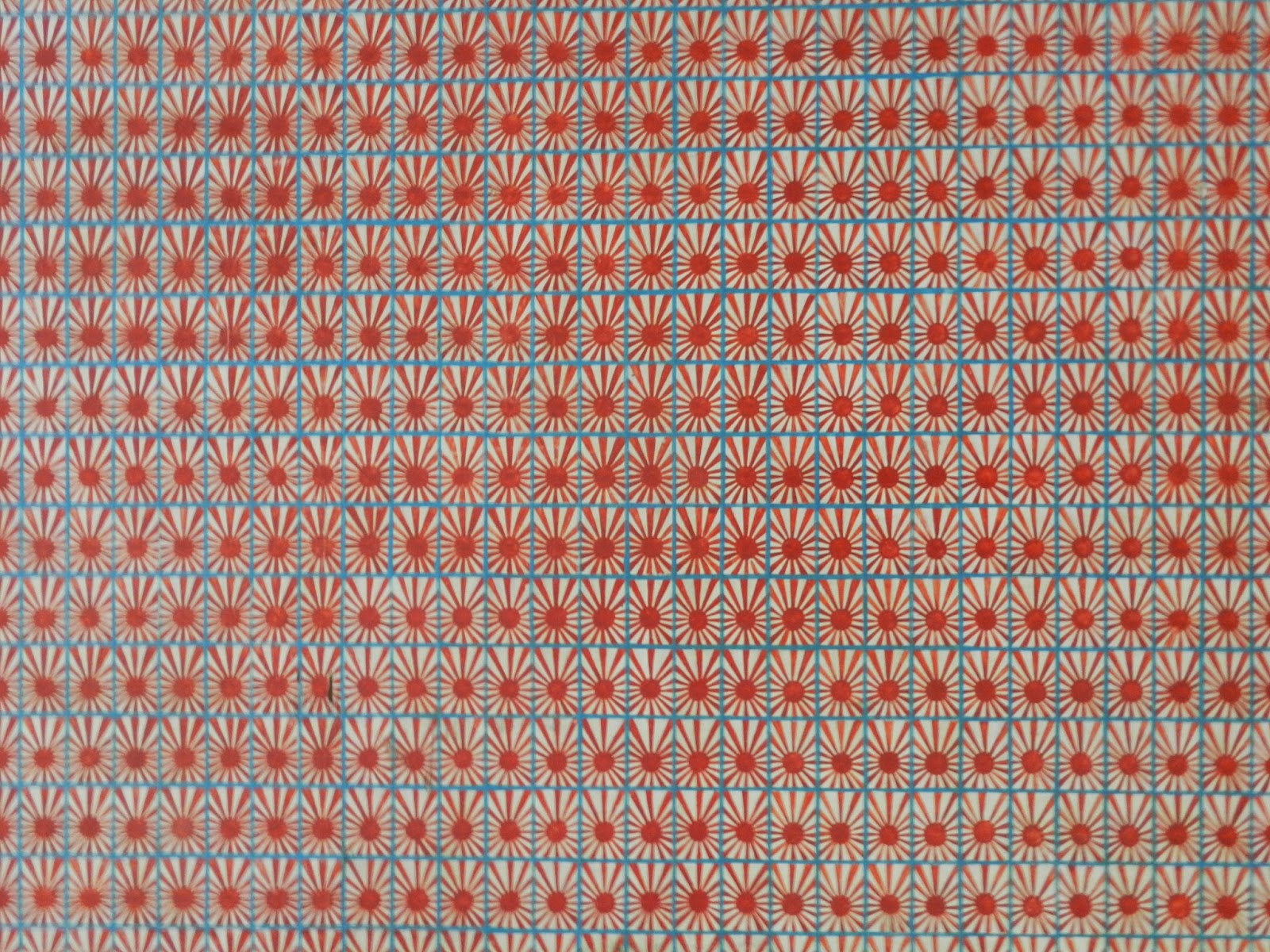 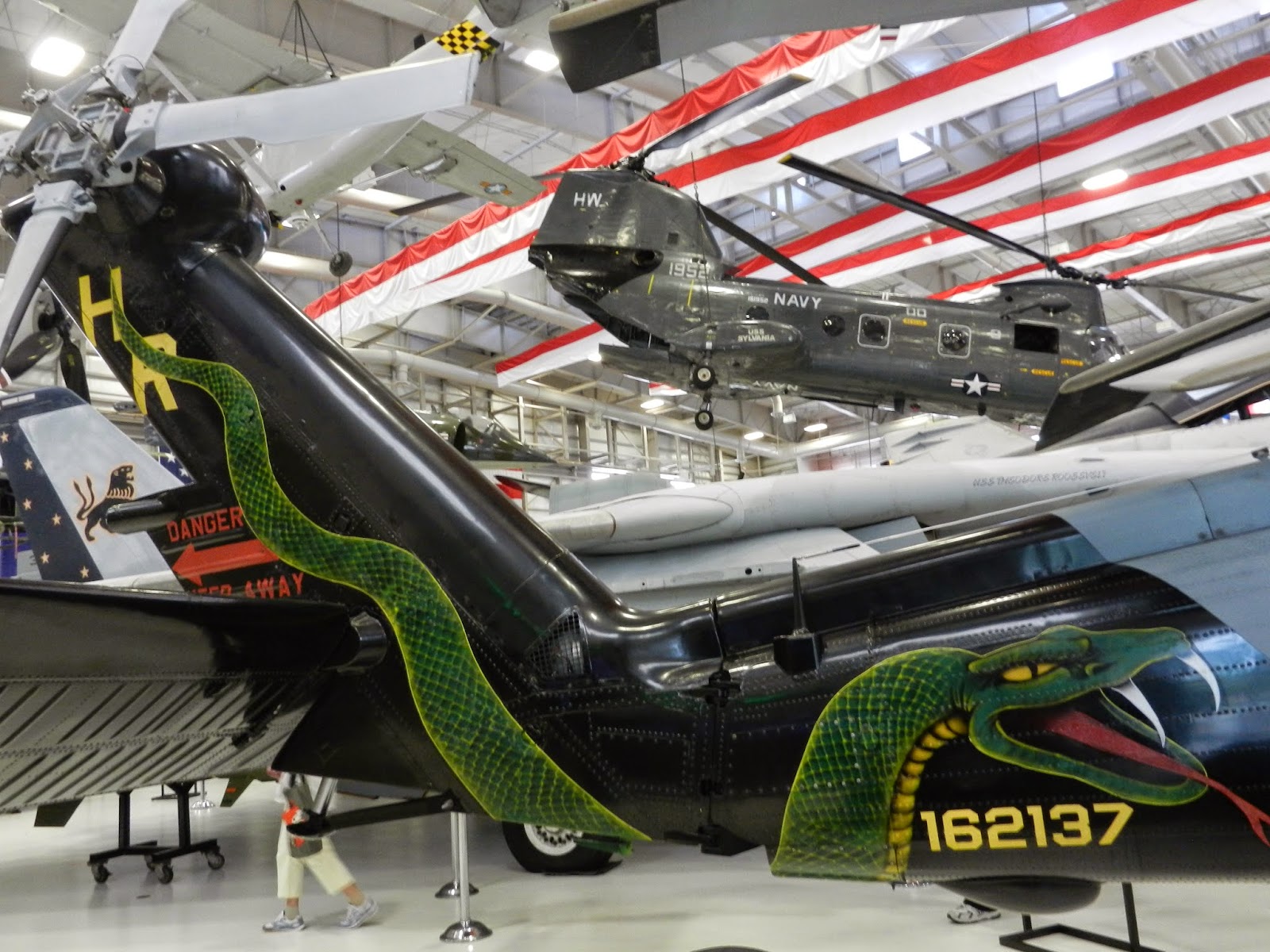 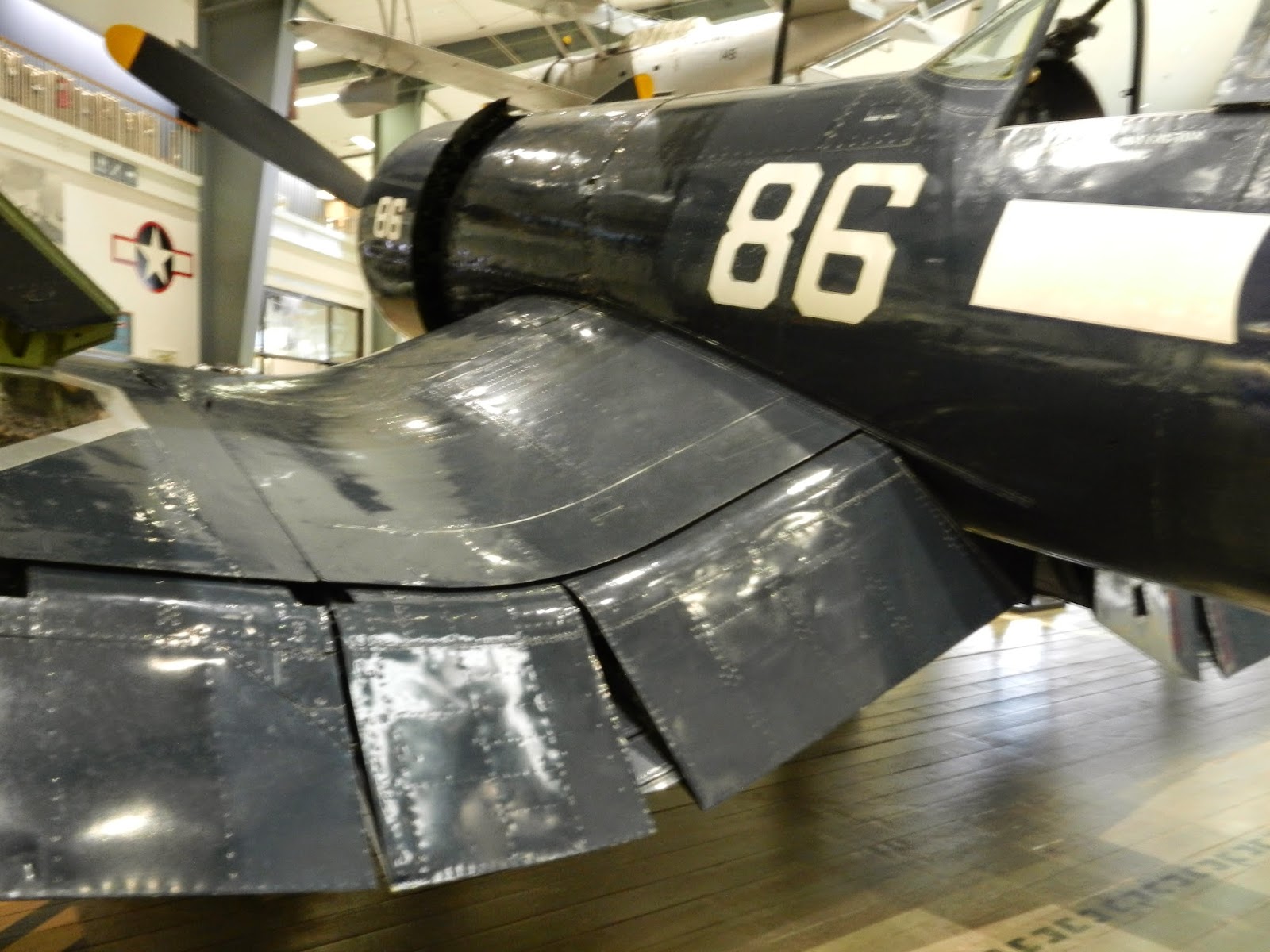 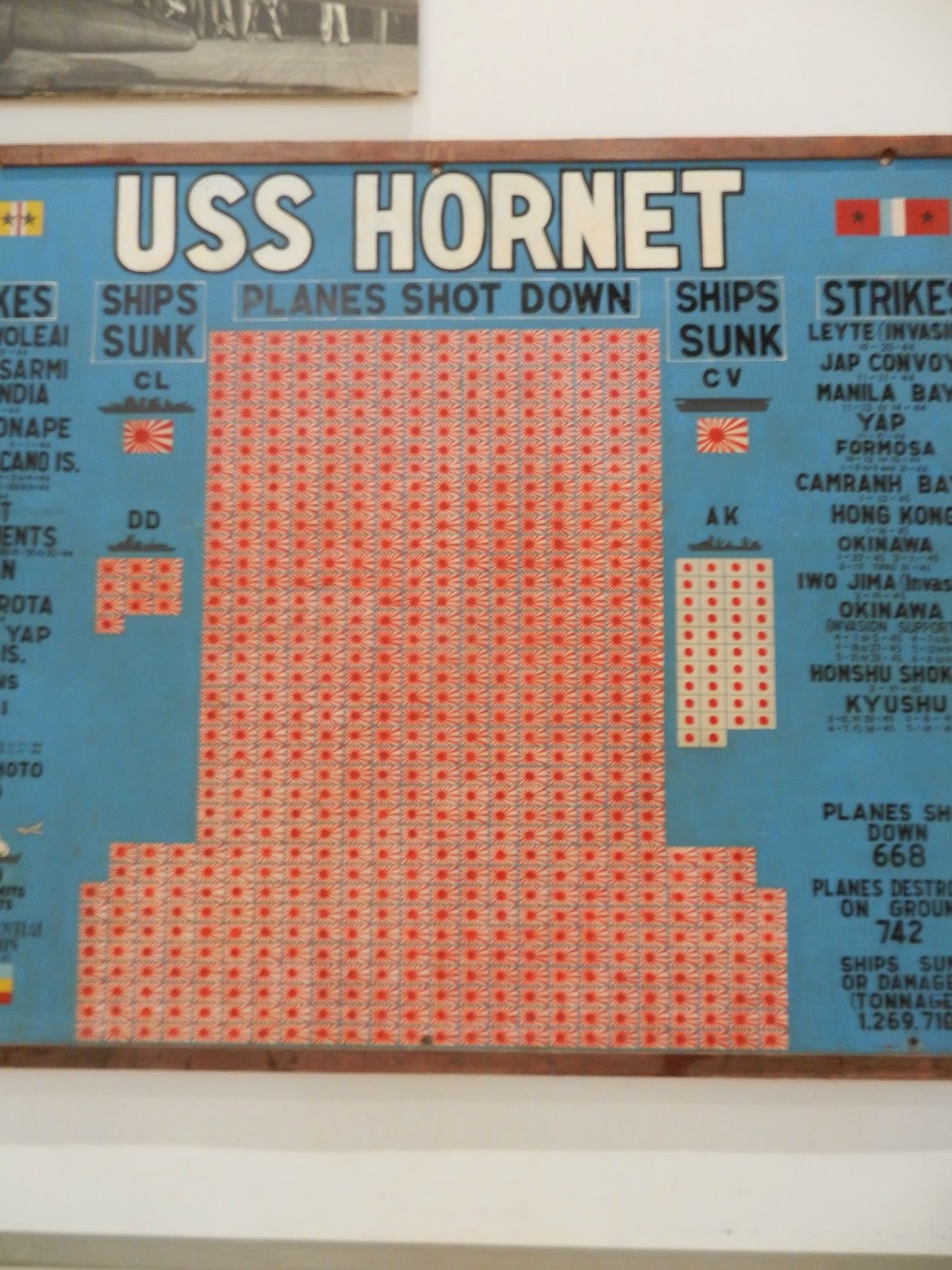 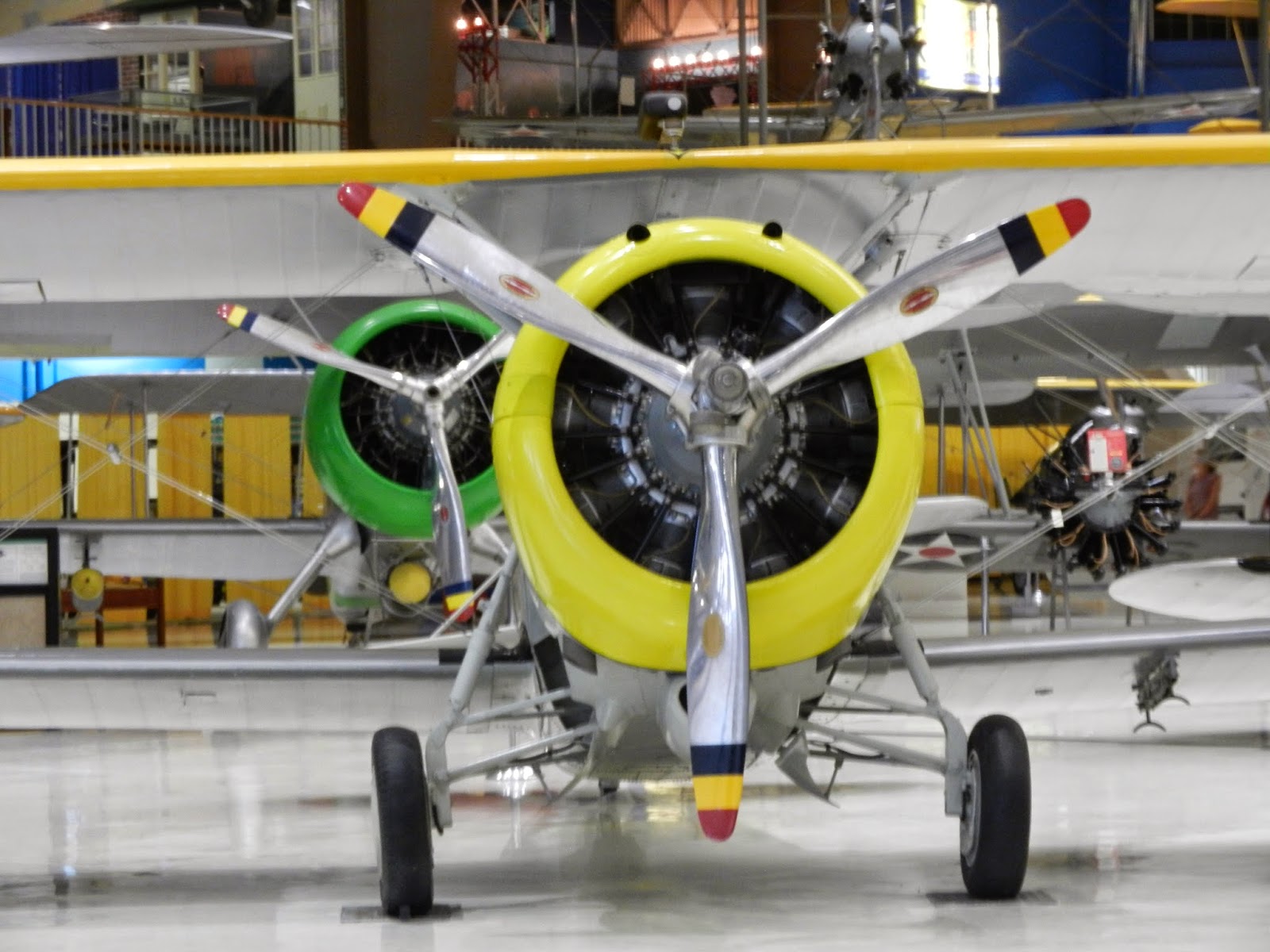 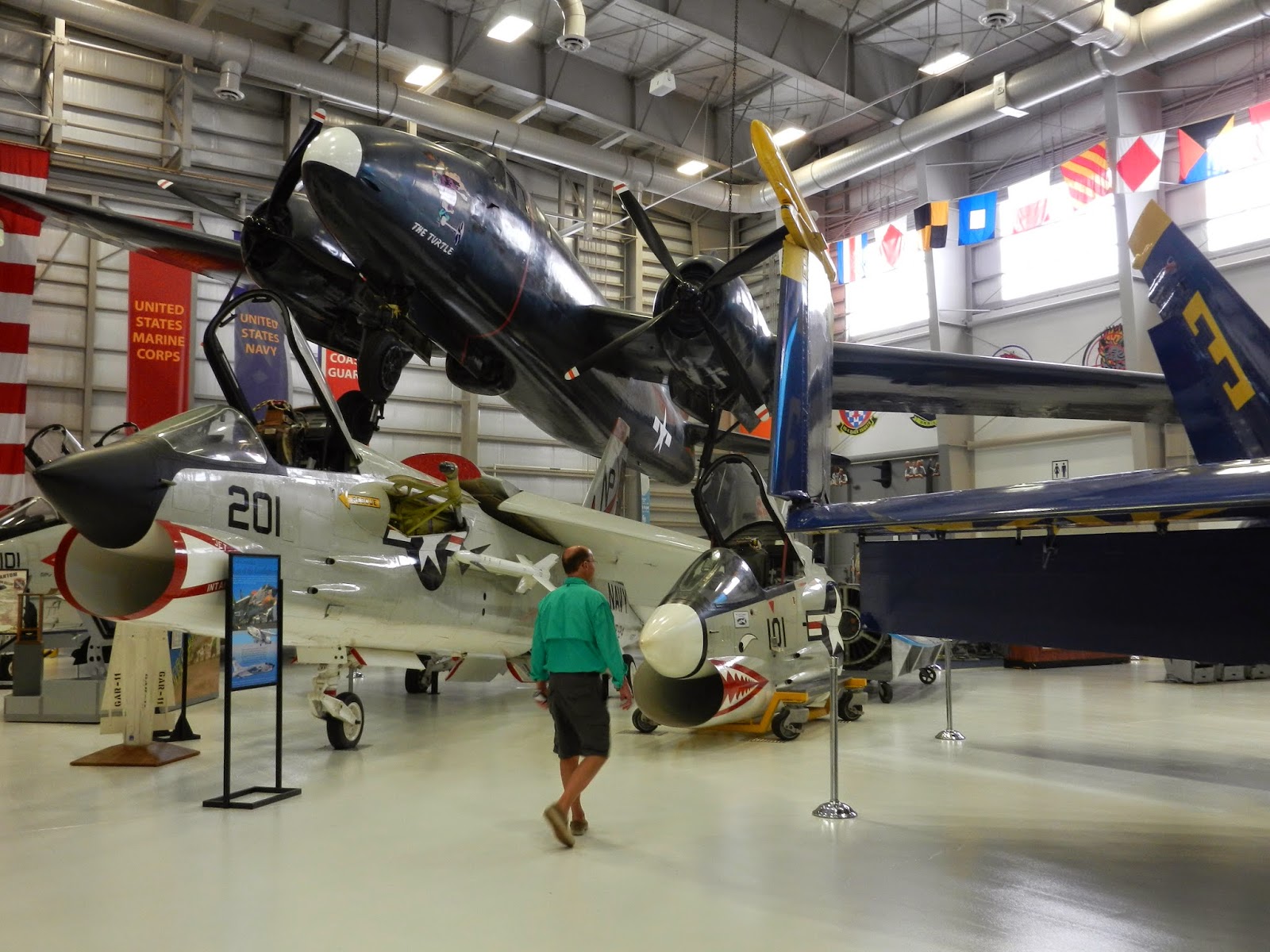 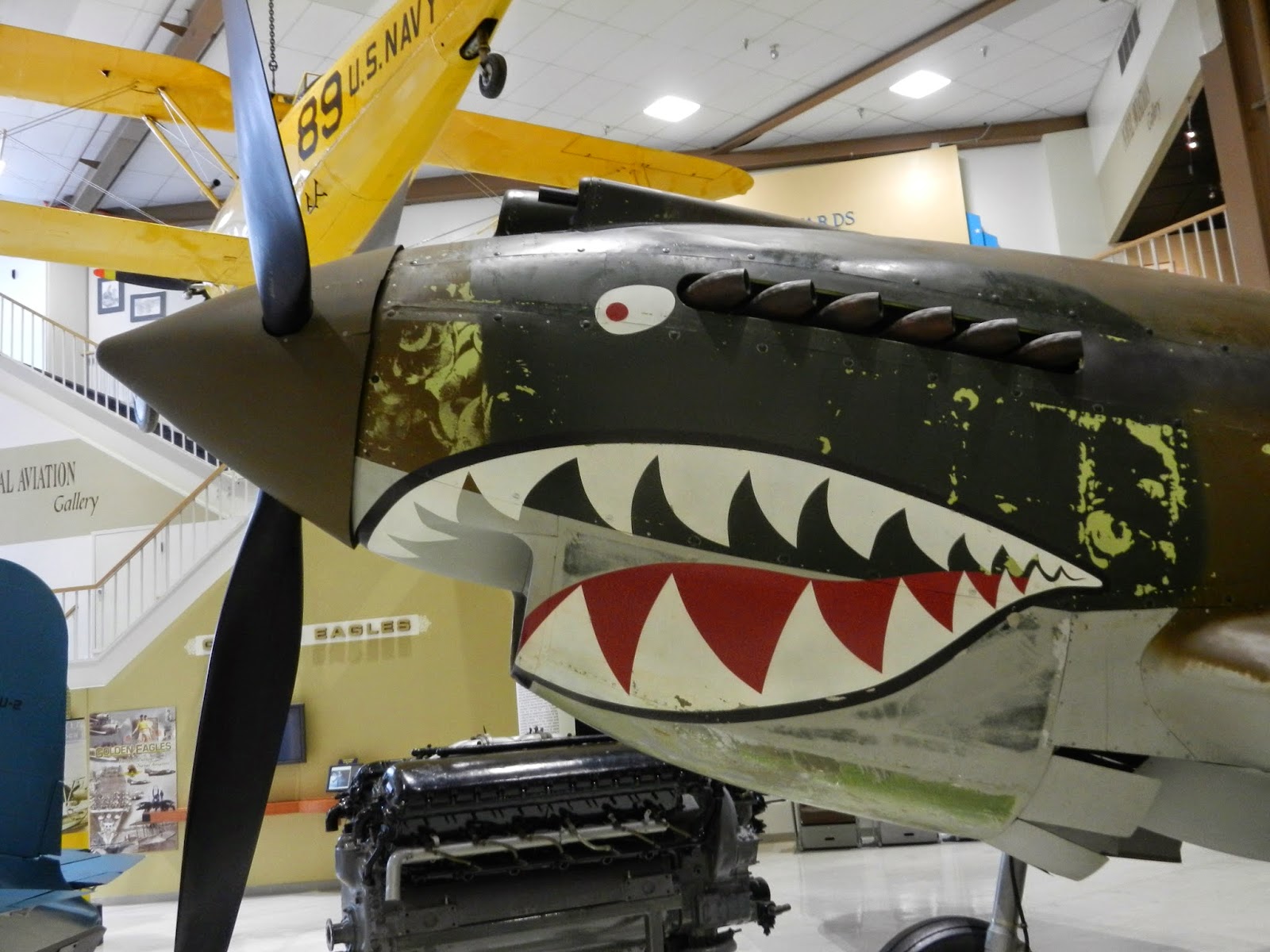 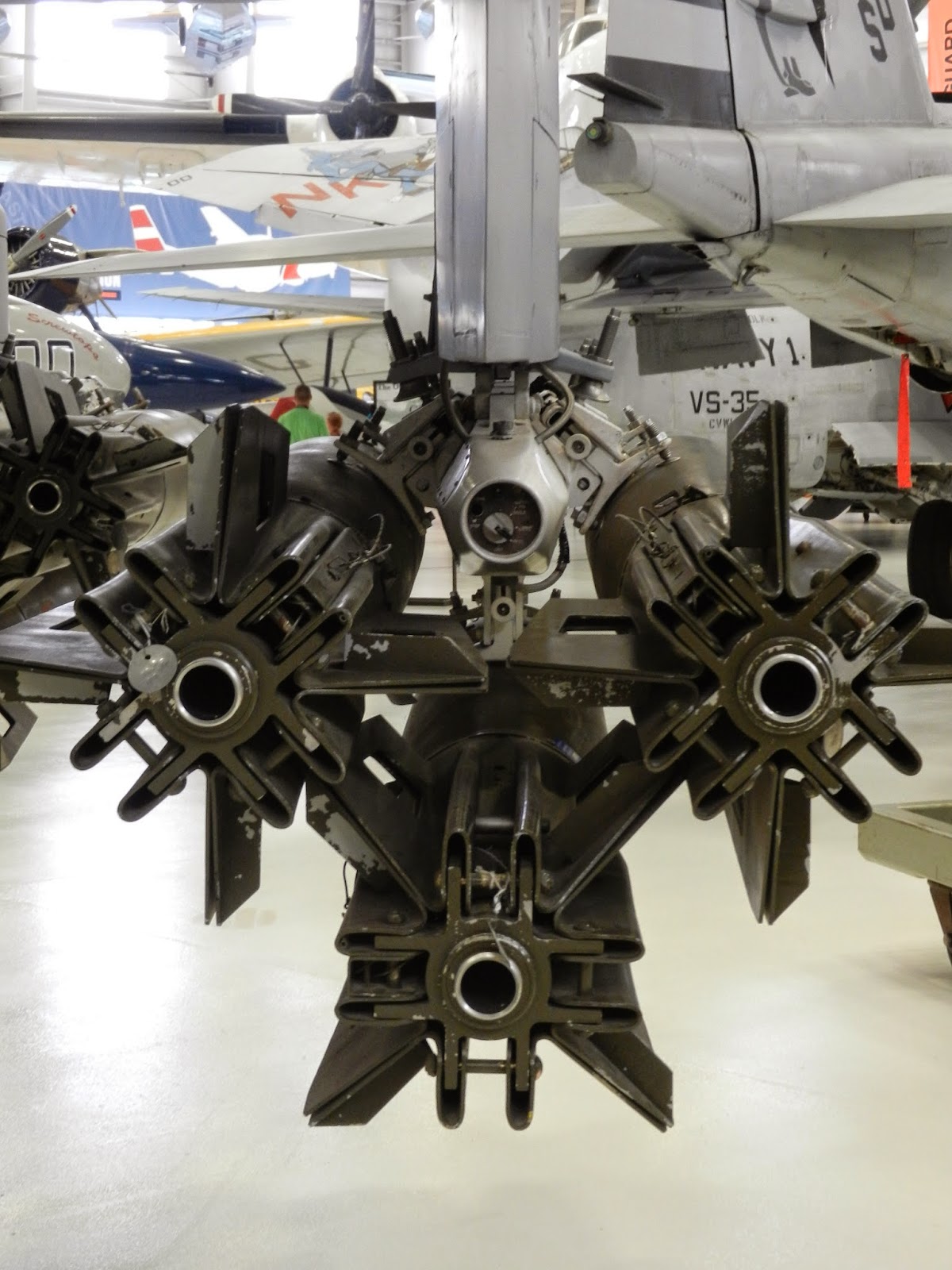 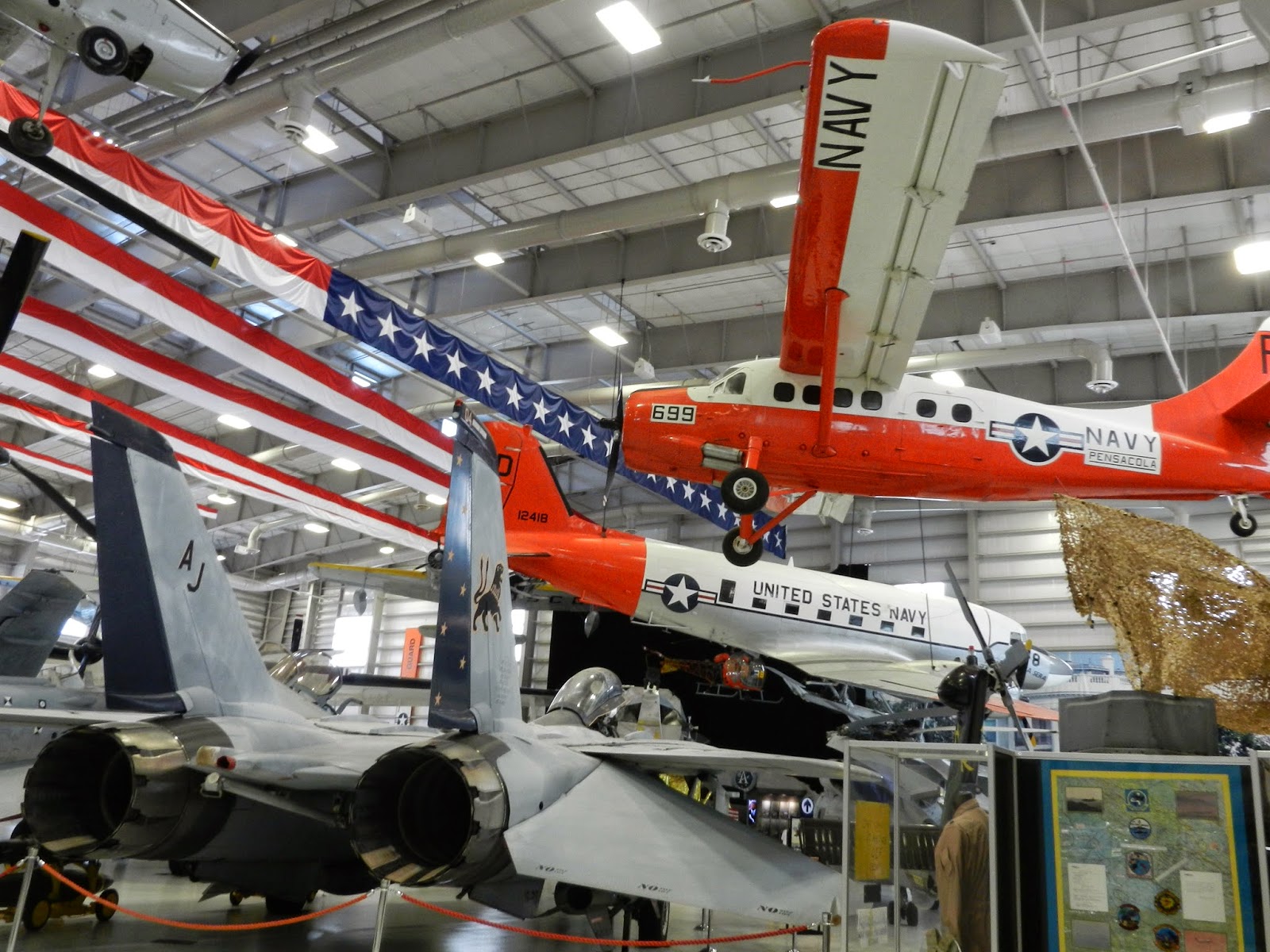 On our way back to Beluga we took a little detour into the Historic District.   We find ourselves driving along its perimeter often but haven't really had a chance to get out and walk the streets to see the buildings up close.   Well, today wasn't the day, once again.   The street parking was being closed in preparation for Gallery Night (think closed streets, open art galleries and restaurants, fun!).   Perhaps tomorrow?

As we were recalculating our route out of the area, we came upon a lovely little park right on the bay.   Of course, you know we had to get out and look at the boats!

Oh, my toe.....you wanted to know what happened to my little black toe.    I slid through a teeny, tiny glob of dog drool on the tile floor as I carried in a load of clean laundry.    I did manage to stay upright, but my toe bent under my foot as I struggled to regain my orientation.     What a graceful flower I am.         Ouch!
Posted by Suzi at 9:23 PM