It was a scary Saturday for Lewis.   A family pulled in across from us.   They had children    They had bikes.   One of their children rode her pink bike around and around in front of Beluga. The teen aged son was compromised in some way and he spent much time standing at the end of their site (directly in front of Beluga's windshield) , chewing his fingers, pacing and talking loudly to himself.    It caused Lewis to feel his life was in imminent danger. 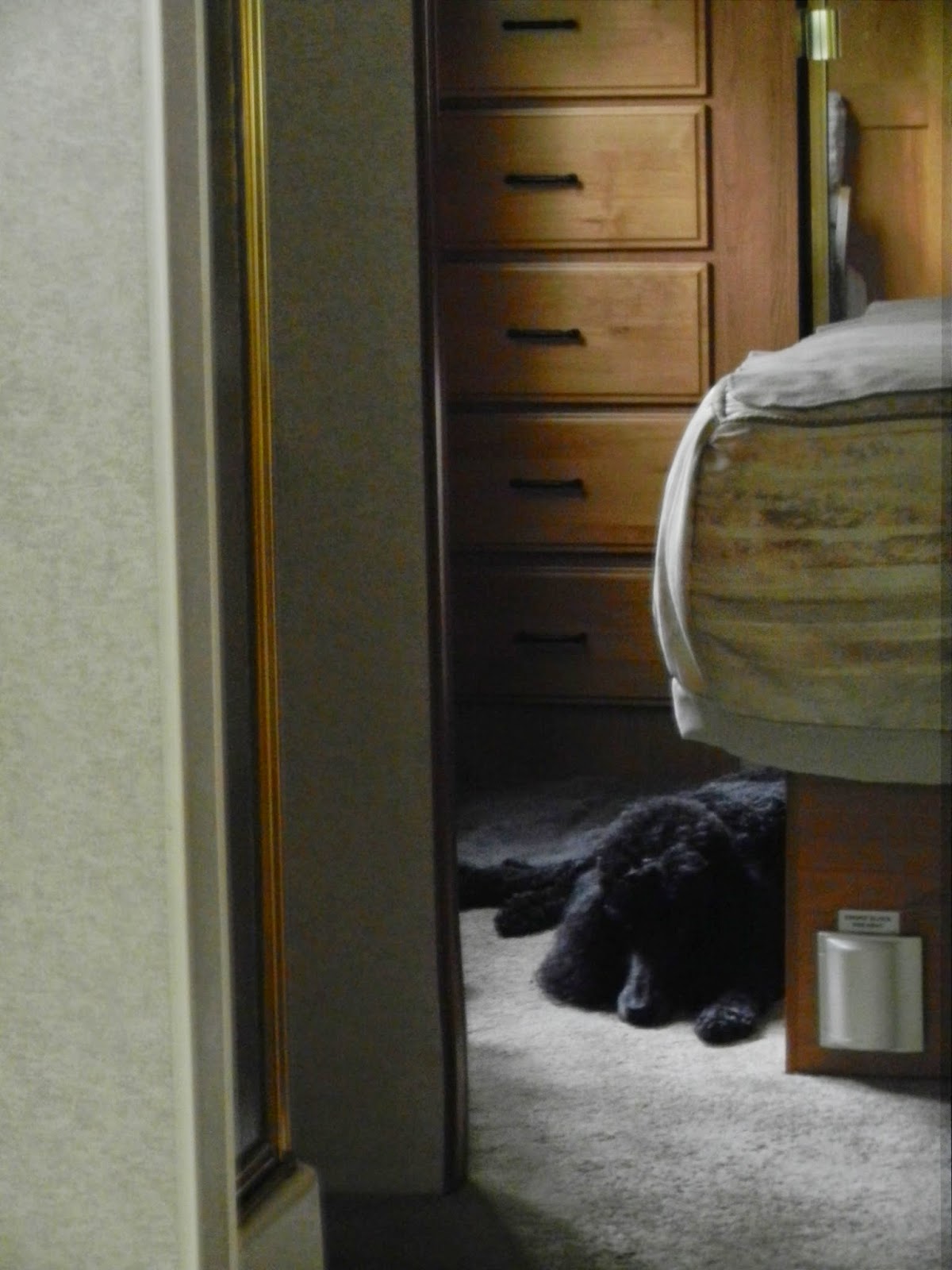 As a result, he spent most of his day in the bedroom, hiding from the stranger danger outside.    I finally closed the windshield curtain and he relaxed and joined us for the afternoon.    Poor guy.
Posted by Suzi at 8:39 PM