Last weekend of fun in the Alabama Hills

Friday was our last arch adventure in the Alabama Hills.   One last page in Pam's book. 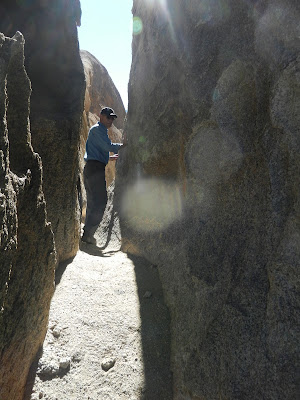 By now you should be familiar with our pattern.   Late in the morning, we pile into one of the two jeeps and, map in hand and packed lunch,  turn onto a dirt road leading into a section of the Alabama Hills.    Before lunch we hike around and among the boulders,  looking up high and down low for arches.   Once one of us finds something, we all make our own individual ways up to it for photographic evidence.    I don't show you all of them, I want you to remain awake. 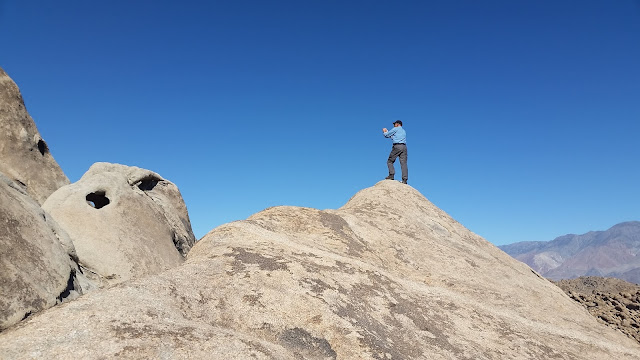 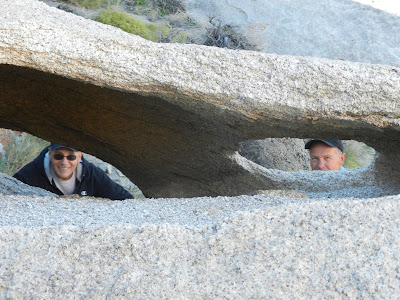 Its a fun way to spend an afternoon, good exercise for the brain and body, and plenty of laughs.   Oh do we laugh....

When I zoomed out of the picture above, I saw that there was a THIRD arch in the same area....I named it "Crazy People Arch".   I sent it to the book's author for inclusion in his next printing. 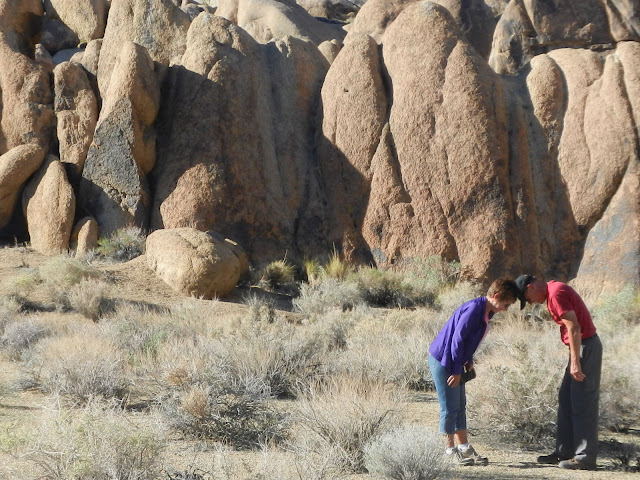 All right, enough arches.    Once we had found all we were looking for, we set off in search of some of the old Western movie sites sprinkled around the hills.       More noisy "discussions" ensued,  but consensus was finally reached on a few of the more difficult sites.    I didn't take any pictures.

Since it was still early in the afternoon we decided to see if we could find a few other interesting features listed in the arch book.   Not arches, but interesting nonetheless. 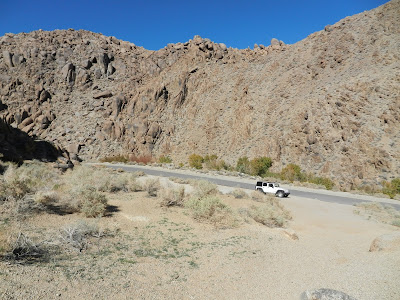 We spotted the small doorway of the Flow Cave we'd been looking for.   We left the jeep on the road and went up to explore it. 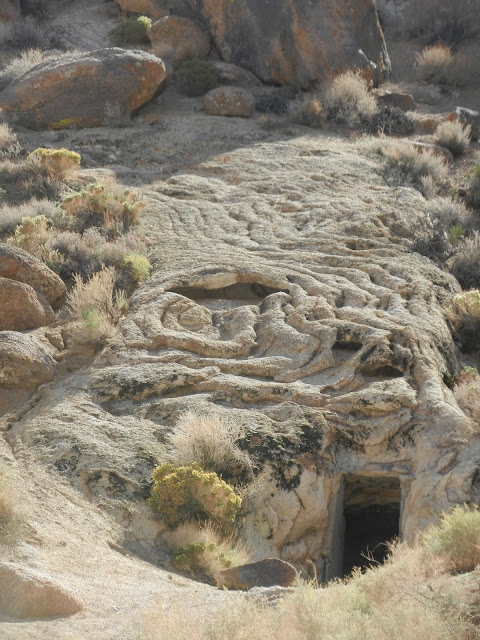 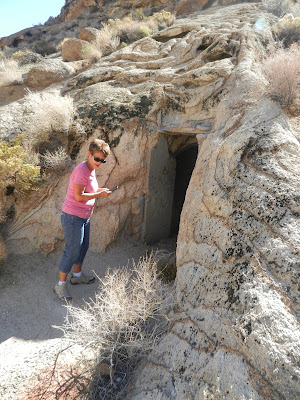 The entry way had been made square with concrete and a small piece of chain hung alongside the gaping hole. 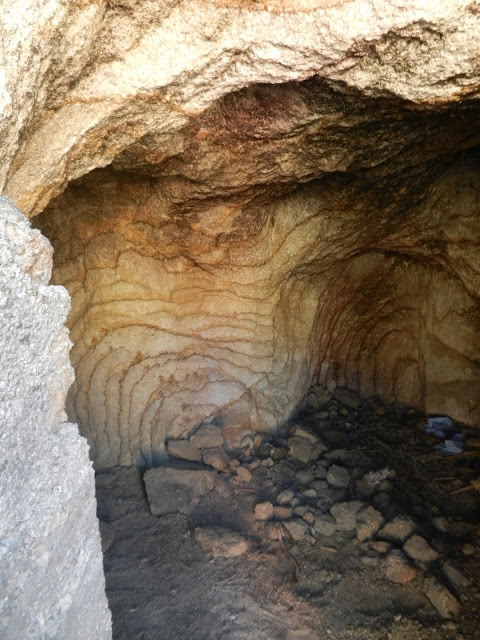 The two chambers inside weren't deep, but their walls were ringed with layers of rock, beautiful..... 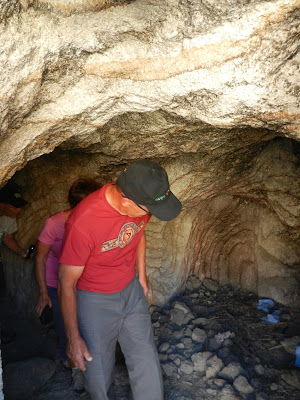 The material the cave was made of seemed to ooze out of the surrounding hills only in this small area.   We could see no other "cow pie" formations anywhere else.    Any geologists out there care to tell us about the origins of this little cave?

All around the outside these odd, futuristic looking plants were growing. 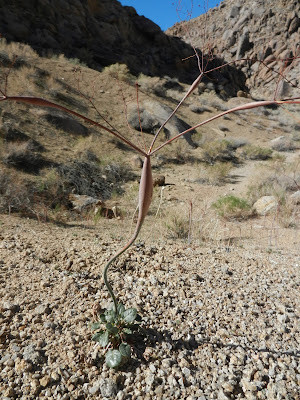 Back in the jeep for more exploration.    We had heard there were a couple "stone houses" built into the hillsides nearby. 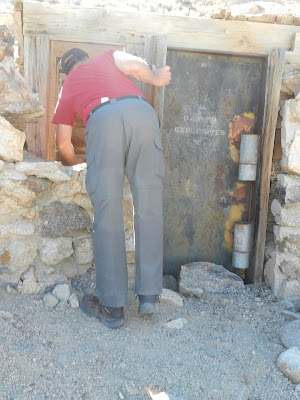 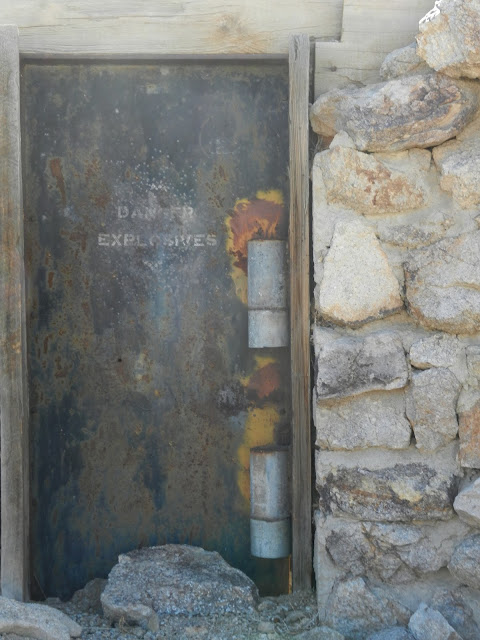 There were two such huts next to each other, built into the hillside.   Upon close inspection, we decided to leave them alone.    We don't know who built and used them for explosives, but we didn't want to hang around any longer.

Continuing down the same dirt road, we passed an Indian cemetery (their words, not ours) but passed it by out of respect. 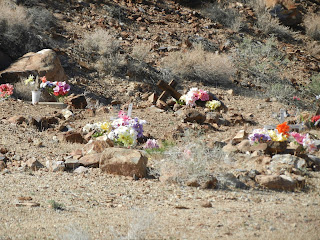 The road followed the contours of the desert, up and down, around rocks and sometimes over rocks.    We passed up a few areas, deciding they were best left for the "big boys" and took easier go arounds instead.     At one point, however, a little spotting by Dave was necessary to help John get his jeep through a tight area between two boulders and around a sharp corner.

We were still looking for a spot to eat our lunch.   We had driven out of the boulders (our usual lunch table) and were now in the flat desert.   We came upon a small water crossing and decided it was a good place to stop. 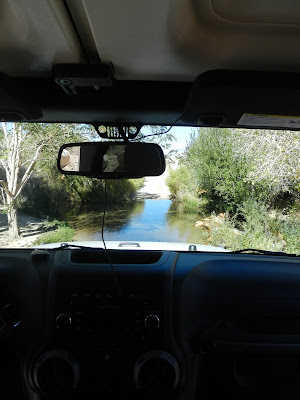 The sound of the water rushing over a rocky ledge was very appealing and the large cottonwoods helped break the wind that was still battering us. 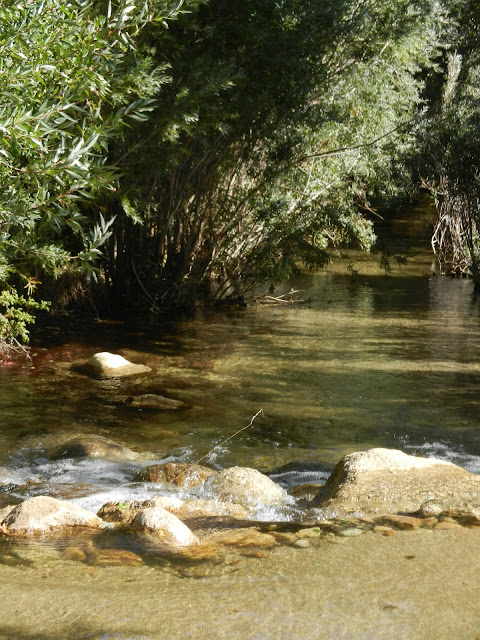 After lunch John felt he had to test the water depth before driving his jeep through to the other side.   Long sticks didn't work well, the water kept pulling them away from his hands so he did what any responsible driver would do....peel off socks and shoes and wade in! 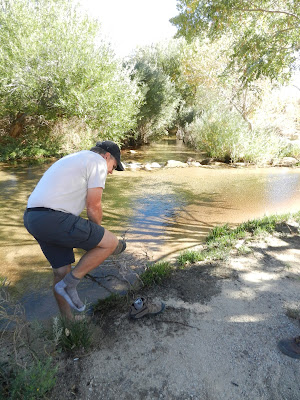 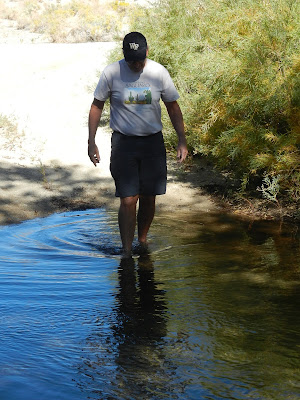 It was ankle deep with only one small hole near the end, so we were good to go. 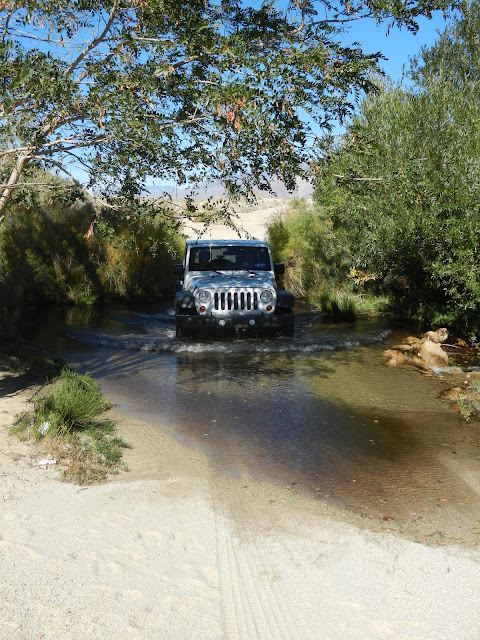 Later, Pam made her special spaghetti sauce and invited us (all of us, Lewis wants me to tell you) over for dinner.   A perfect way to end a really fun day.

Yesterday, Pam, John and Dave hiked up to the Ashram, leaving me home to take care of some domestic things (my choice).   Here are a few pictures Pam sent me, but if you're interested in the hike, and seeing the rest of the fabulous pictures, go to their blog at ohtheplacestheygo.wordpress.com/ 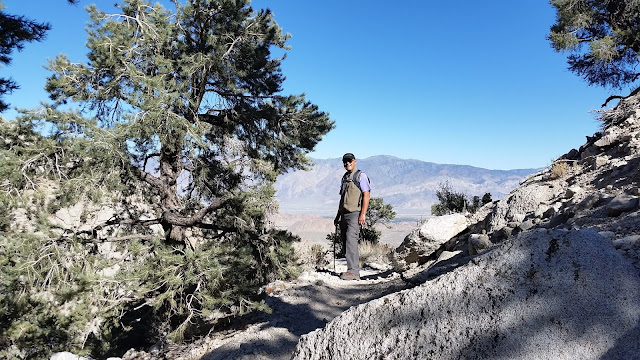 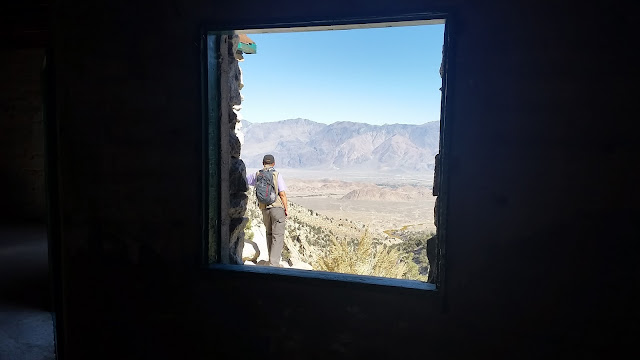