Wednesday at the Museum

Its been a slow go.....Dave's back is feeling slightly better each day but neither of us wants to push it so we've been laying low.    I've devised a different way of helping Sasha down Beluga's stairs that doesn't cause me to twist with her weight in my hands but I'm trying to be extra careful so I don't pull up with back pain also.     Meanwhile, Sasha is totally oblivious to the entire hub bub and still insists on going outside often, if only to sniff the air!

Yesterday we ventured out to the grocery store, and today we accompanied Pam and John to the Palm Springs Air Museum. 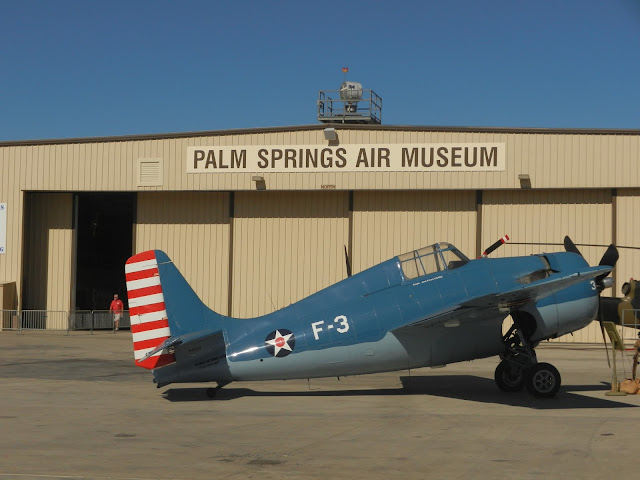 It is a very well done, well funded museum dedicated to "educating the public about the role air power played in preserving American liberties and way of life".
The Museum preserves, displays and flies aircraft from World War ll, Korea and the Vietnam War.   They strive to have all their aircraft in full flying condition.    The Museum is beside the Palm Springs International Airport and shares their runways. 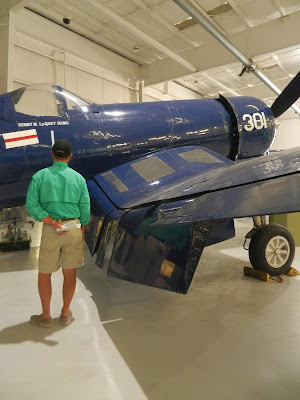 There are two large hangars filled with exhibits relating to the wars and the world during those years.    Memorabilia, movies, posters, clothing, plane models,  old photographs, newspaper clippings, are interspersed with airplanes. 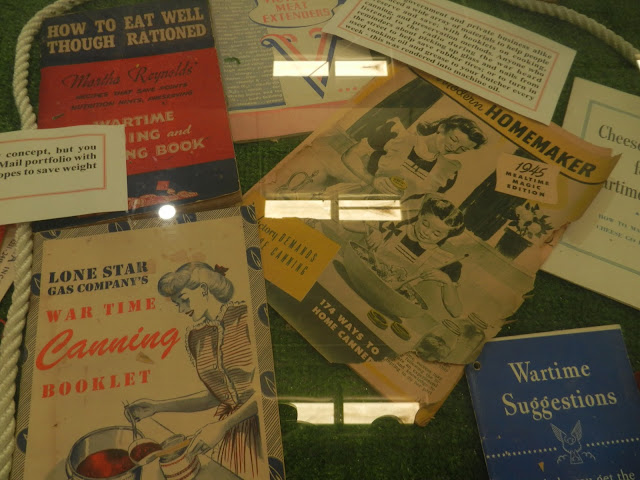 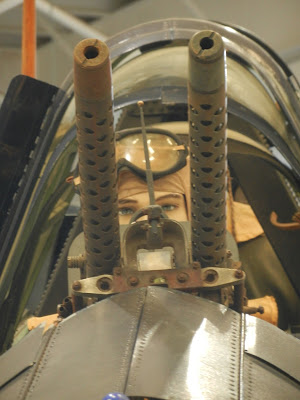 I was moved by a small diorama depicting the attack on Pearl Harbor and narrated by Tom Brokaw.....but the planes were the real draw for Dave. 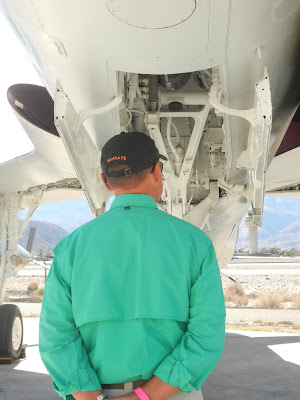 We spent most of our time outside, walking around the static displays and watching planes taking off and landing at the Palm Springs International Airport.

Most of the volunteer docents are veterans and are very willing to stop and chat about the planes, the museum and their experiences.   Of course, my own personal docent isn't a veteran, but he is most knowledgeable about these planes.

Even the outside of the buildings were decorated with stamped metal images of planes fighting their battles in the skies. 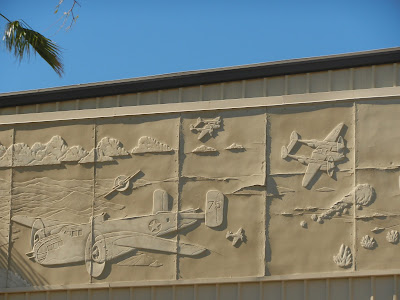 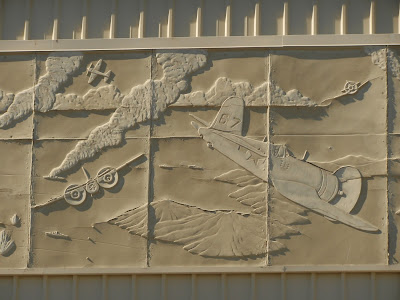 Today was Veterans Day but we were disappointed to find that the Museum had held a big Veterans Day/16th Birthday Celebration on Sunday so we thought there would be no special events today.

We were wrong....a touching full military memorial service was being held for BGen. Frederick Payne who died this summer at the age of 104.   He was the oldest WWll air ace pilot.    After the actual service, held inside the hangar, he was honored with a 21 gun salute by Marines stationed in 29 Palms, Taps, played beautifully by another young Marine and an emotional flyover by USMC helicopters doing the missing man formation.     Tears in our eyes. 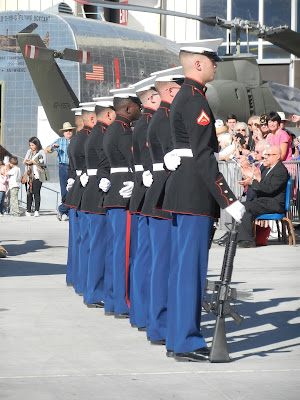 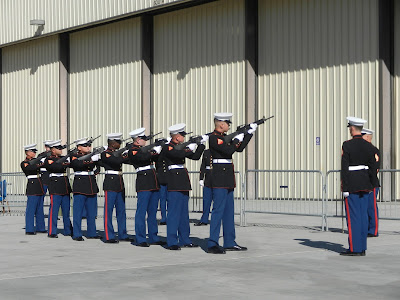 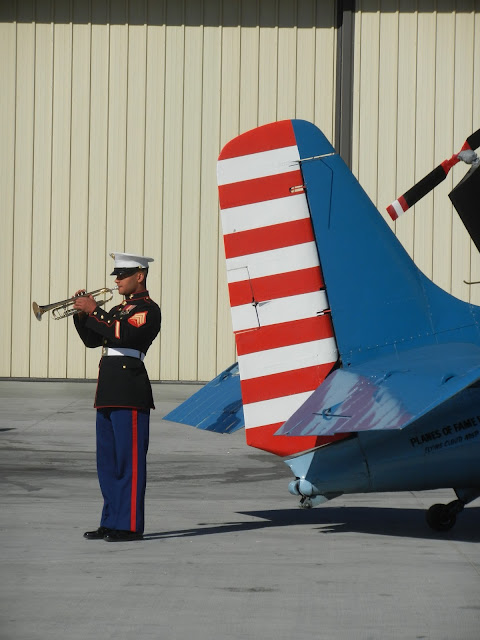 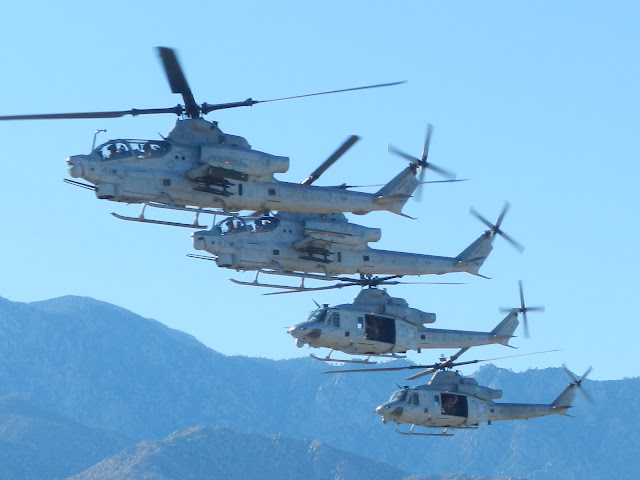 We were reminded,  in a very meaningful way,  to be thankful to all who have served.