We decided to stay put til Monday and do our day trips from here.  We're settled in and comfortable and centrally located.    First stop, Truckee, Ca., Jesse's old stomping grounds. 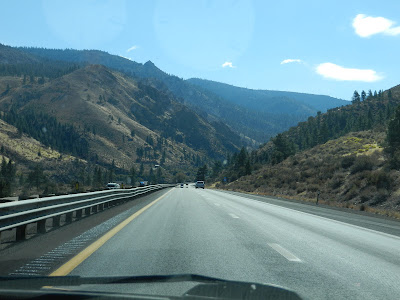 Dogs exercised and taken care of, we left Reno on I-80 west heading up into the mountains toward California.  It is a spectacular ride and we shared memories of the other times we've driven this way.  We passed an accident in the eastbound lane.  A tractor trailer had lost control  and flipped onto its top on one of the steep grades coming down into the Reno area.  Traffic was backed up for miles and we were glad we weren't going in that direction. 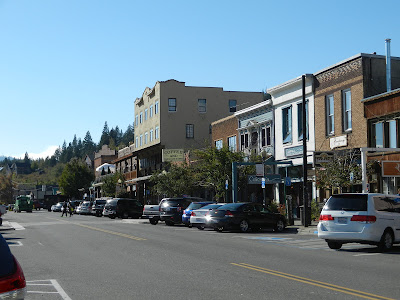 The historic district of Truckee looks the same as we remembered.  The main street, railroad tracks, river and mountains were familiar to us.  We parked and walked around a bit, window shopping until our stomachs reminded us lunch was overdue.

Jesse recommended Tacos Jalisco for authentic Mexican food, local style and we probably had the best Mexican lunch ever remembered.  You order up front from the huge menu hanging on the wall and they bring your meal to the table you've selected.  We were the only non-Mexican people in the place, a good omen.  Each table was carved and painted with a different scene.   So colorful!  It was hard for me to decide what to eat much less which table to choose!!!   There were 3 different containers of sauces on each table and I couldn't decide which one (too many decisions!), so I squeezed a bit of  all three on my plate.  The red one was hot but good, the yellow one was WAY hot and the yellowish brown one was incendiary!   I have no idea what each one was, but it was so fun trying them all.  Jesse, can you shed some light on the ingredients? 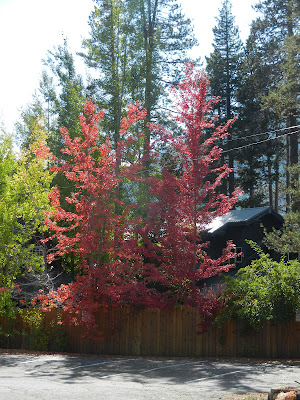 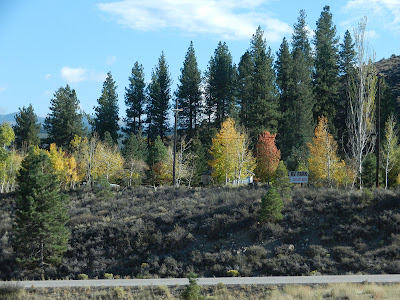 Fall has definitely come to the mountains.  The temperature was about 75 when we left Reno this morning and when we got out of the jeep in Truckee, it was a sunny, clear 54!  A stiff wind was blowing from the west and as I stood on the shores of Donner Lake, I could hardly hold the camera still.  Glad we brought sweatshirts along today!  Trees were many shades of gold and red and fairly shimmering in the dry mountain air.


After driving around the shores of Donner Lake we took Donner Summit road up to get a good look at the area from above.  Clouds were still hovering at the top, but the vistas below were unbelievably beautiful. 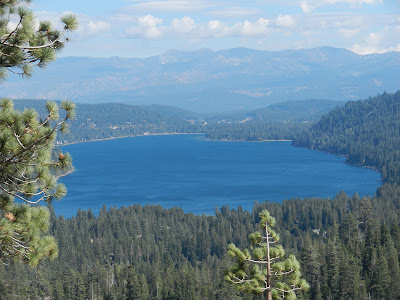 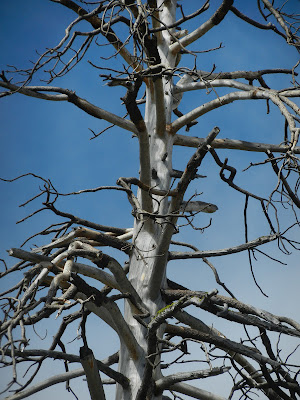 One last stop on our tour of Truckee, Jesse's old house.  It looked a little rougher around the edges than it did when he lived there, but its location is still the best... 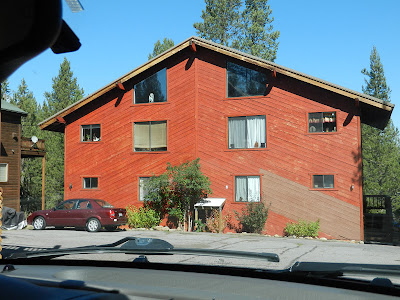 We'd done and seen everything we wanted to so it was time to head back home to our patient dogs.   It was 4:00 and we were sure the messy accident would be cleared up by now.... You guessed it, we ran into stopped traffic a little way out of town.  Grrr.   Three lanes of trucks and cars all crawling along.  I took a few photos, complained about the traffic, listened to the radio, sat quietly, for an hour.   Does anyone know why tractor trailer drivers pull into a lane and then move very very slowly, effectively stopping the traffic from moving along?  At times, three trucks were pacing along next to each other, blocking all lanes, while the traffic in front of them was moving along, albiet slowly....You can imagine what I was saying about them as we were stuck crawling along behind.  Why do they do that?   Dave says, "Leave It Suzi"... Enough said.   By the time we reached the scene of the accident, it was all cleaned up and the DOT was removing the cones in the road.

The day had turned cool by the time we returned, so no g&t outside for us.  The dogs were so happy to see us, Lewis lept around Woo Wooing at me til I took time to scratch and pet him.  We ordered a bbq dinner from the "joint" around the corner from us (it was delicious) and we're in for the evening.
Posted by Suzi at 12:50 AM