A quiet day with the dogs 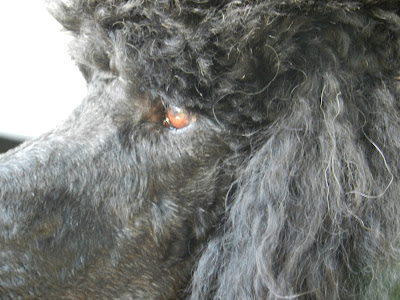 Didn't do much today, and that's not a complaint.  We did a few loads of laundry early, then went into Issaquah for a few groceries.  Jesse is coming for dinner so I needed to get the ingredients for a chicken pot pie and brownies.  We found a Panera Bread Co. and enjoyed a nice lunch outside in the sun.

After we put the groceries away we loaded the dogs in the jeep and drove a short way to a small town park.  Lewis hadn't really stretched his legs with a good game of fetch in quite a while, so he really enjoyed it. 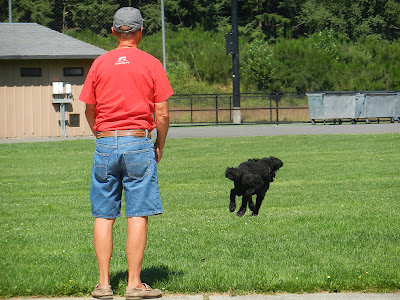 I took Sasha for a short walk and let her do what she loves most.... 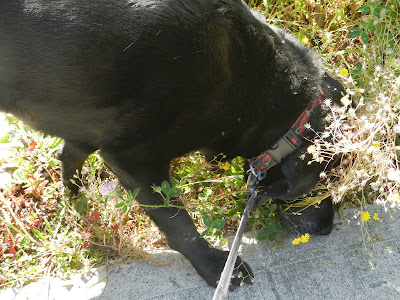 Later, Dave did a little revamp on our water system and I checked out a few places to camp after we leave the greater Seattle area. I think we'll try to stay near Astoria, Oregon where the Colombia meets the ocean.  Lots of history there and lots of beaches too!    Before the sun goes down too far we had a cocktail outside and gave the dogs the new toys we picked up in Issaquah this afternoon. 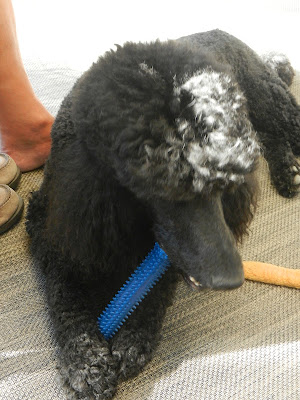 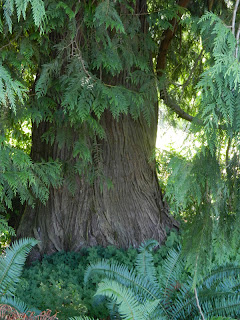