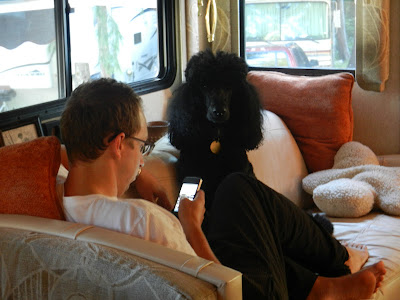 It was so nice to have Jesse here with us last night.  Lewis enjoyed sleeping with his friend and stuck close to Jesse's side.


We packed up and left for the drag races about 8:30 this morning.  Jesse had a back way into the track in mind, and it turned out to be perfect.  The only traffic we encountered was at the track itself.  Nice job Jess.

Dave told Jesse he could have whatever he could get for those "extra" tickets he got yesterday.  Jesse made a nice piece of change by selling them to a couple entering the track without any tickets.....

I took a few pictures of the vendors and the competitor's pit areas as we walked around before the races, and a few from our grandstand seats.  It was impossible to take pictures of the actual racing because I needed both my hands free to plug my ears as they thundered by. 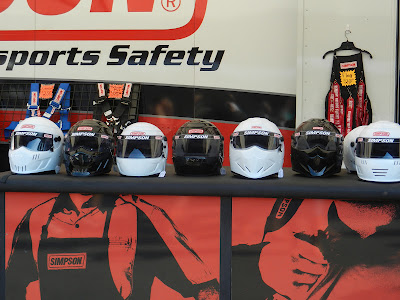 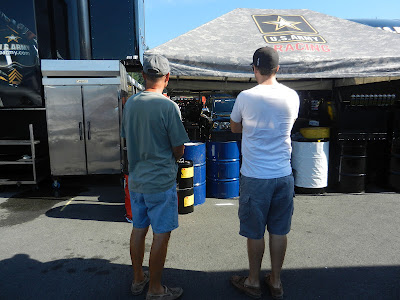 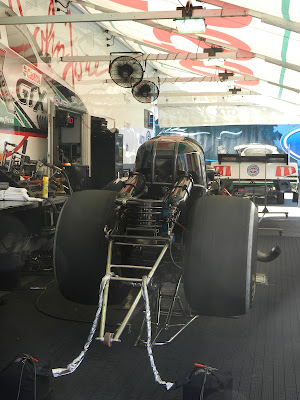 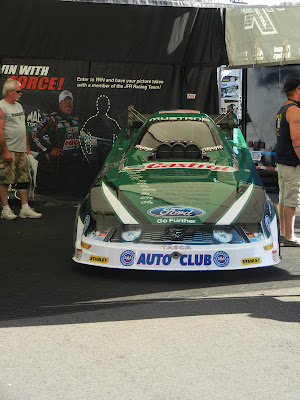 The actual drag races fill all your senses.  The cars are so sleek and beautifully painted and when they roar by the sound not only hurts your ears (if you don't have earplugs) but the concussion of the sound and air actually slams into your chest and shakes you where you stand.  If you've ever smelled nitro-methane, you'll never forget it.....   A thrilling experience 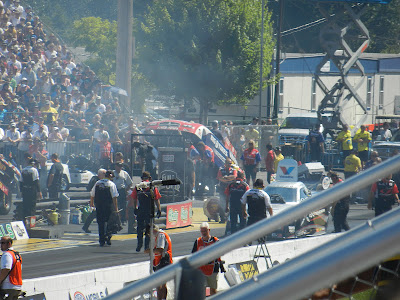 The day was extremely hot and sunny, beautiful summer weather.  Dave was absolutely in his glory.  I had to leave the stands and find shade periodically during the day.  I felt woozy.  Jesse left once or twice, but Dave just smiled and soaked it up.  Jesse and I poured water down our backs and we all drank and drank (water only!).  It was quite a day.

Jesse's route home worked as beautifully as it did coming and we were back at Beluga in no time at all, leaving all that traffic behind.  We all showered and sat outside with our sweet patient dogs for a while before Dave and Jesse went out to pick up pizza and salads.  The day seemed to fly by and before I knew it Jesse was leaving for his Seattle home.  Tomorrow is a workday for him but he'll be back Tuesday for dinner.

Before Jesse left, he showed me a new (to me) setting for my camera.  Thanks Jesse, this sunset looks much better and I know Jeanne will appreciate it. 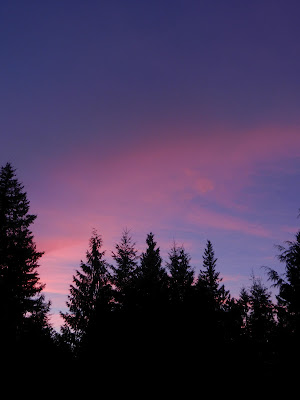