Huge.....we spent the afternoon at the Boeing plant near Everett, Washington (Mukilteo, to be exact), in the biggest free standing building in the country.  It covers 93 acres and houses assembly lines for 747's, 777's and the brand new 787 Dream Liner.  We weren't allowed to bring cameras into the bldg, so no pictures.  Its really too bad because I wish I could have shown you the enormous scale of the place, to see three 747's nose to tail, in various stages of assembly under one roof was unbelievable.

And to think, the last factory we were in made potato chips!!!!

Jesse found a nice french restaurant for dinner after our tour.  Charles at Smuggler's Cove, right on Puget Sound.   What could be nicer than a good dinner outside overlooking the beautiful sound, with my two favorite men sitting across from me? Pretty nice. 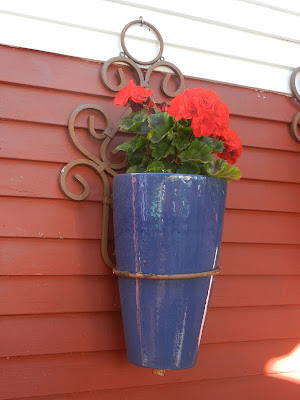 Another nice day.  Tomorrow Jesse and Dave will play golf and then we'll relax for the evening.  He'll stay with us in Beluga and on Sunday morning we'll all head south for the drag races - Yay!
Posted by Suzi at 2:12 AM