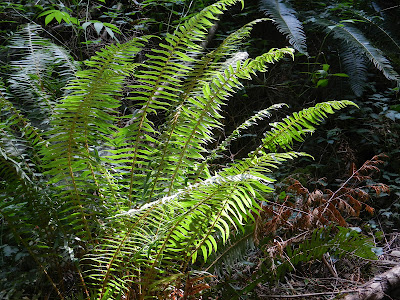 Instead of going into downtown Seattle today, we chose to take a look at our surroundings.  We came into the campground yesterday and just put down roots and didn't move.  Sometimes its good to just settle a bit before moving around.   Morning was our usual, although we did sleep in pretty late....

Dave takes the dogs into the woods, individually, for a little exercise and their morning duties. 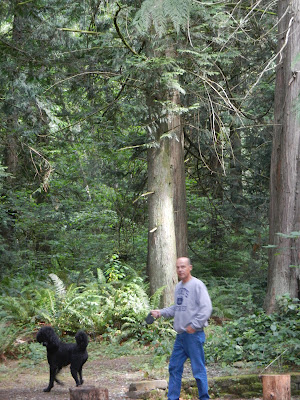 When he came back with Sasha he was laughing.  She had ranged ahead of him, evidently encountered a double oxer on the path and tried jumping them.  She missed the "bounce" in the middle  and got hung up on the second log....She scrambled around until she found her footing and made it over the second one - finally. She looked very sheepish, as if to say "I meant to do that"...  She's an odd old coot, that one.

I could just visualize her doing that so we set out into the forest to recreate the olympic bobble for the blog.  Of course, she wouldn't cooperate and was very uncomfortable with us trying to make her look clumsy....sorry girly. 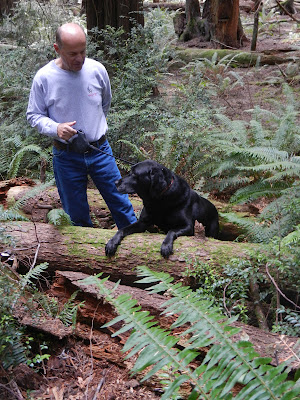 Once we let her alone, she lept up on a large log and just stood there as if to show us she could do it... 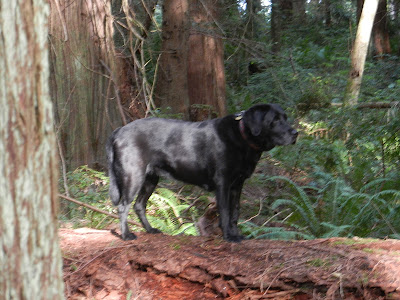 After lunch we drove over the Agate bridge on to Bainbridge Island to see where the ferry arrives and where we should park.  Then we drove into the little town and walked around a bit.  Checked out a few possible restaurants for dinner with Jesse tonight and found ourselves at the water, surprise, surprise!  It was so clear and beautiful. 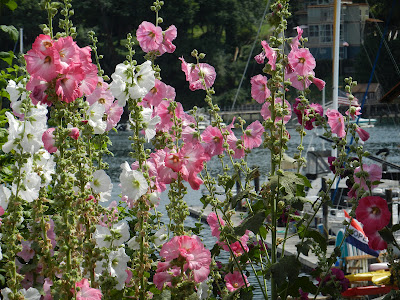 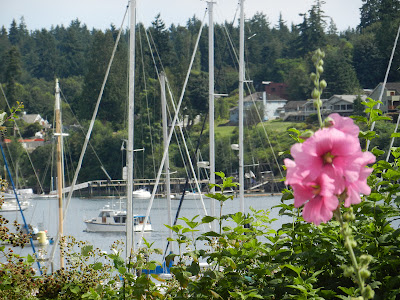 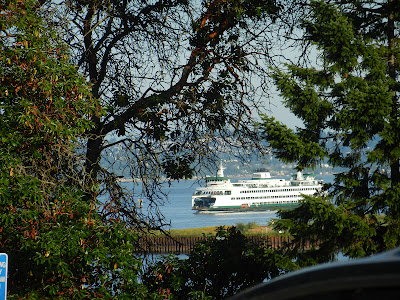 As we waited in the parking lot, we saw Jesse's ferry approaching.  It was great to see him after a few days and we had a good dinner together at Nola.  We dropped him back off at the Bainbridge ferry around 9:45 and he headed back home to study.  He'll take a much needed hike to Mt. Ranier tomorrow (sans parents) and we'll meet up again at the end of the day.  Our turn to ferry into Seattle.